Apple and others want extra Wi-Fi band, for use by AR goggles & more 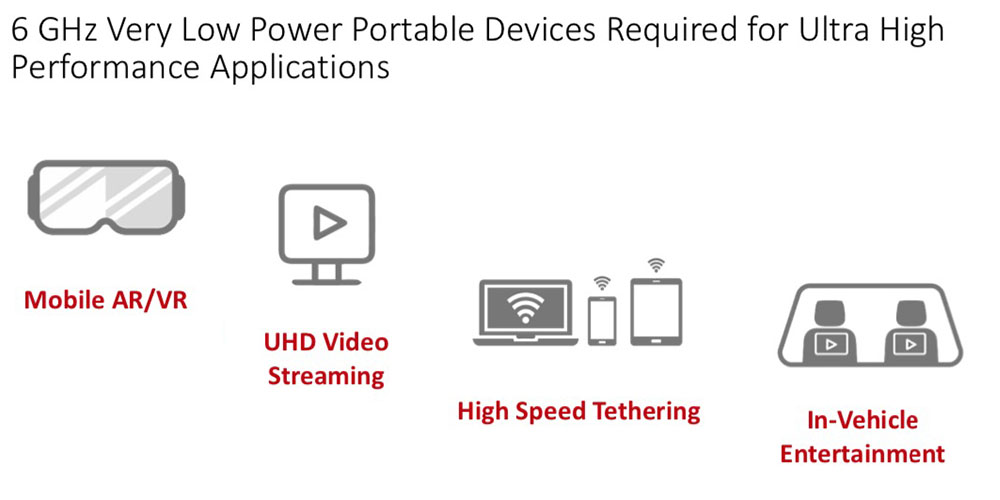 Apple and other tech giants are calling on the Federal Communications Commission (FCC) to make available an extra Wi-Fi band, arguing that it is needed for new technology categories like mobile AR and VR goggles.

The FCC last year provisionally approved the use of the 6GHz band for so-called unlicensed use, which would mean it could join 2.4GHz and 5GHz bands in being used for Wi-Fi. But there has been pushback from the cellular industry and others …

One objection has been that cellular companies rely on the 6GHz band for what’s known as ‘backhaul’ — the connection between mobile base stations and the core network. Some of this relies on point-to-point microwave links, for example to connect an antenna in a remote area to the nearest wired part of the network.

Making 6GHz available as an extra Wi-Fi band could interfere with those microwave links, they say.

But a letter signed by Apple, Broadcom, Facebook, Google, HP, Intel, Marvell, Microsoft, and Qualcomm says this needn’t be a concern for certain types of Wi-Fi usage, known as Very Low Power (VLP) applications. This includes things like mobile hotspots (for example, an iPad tethered to an iPhone) and a range of other short-range applications.

Among the examples given in the slide-deck accompanying the letter is ‘Mobile AR/VR’ which is illustrated with a pair of goggles.

There have been persistent rumors of Apple working on Apple Glasses, an augmented reality wearable along the lines of Google Glass.

The letter says there is no real-world risk of interference for two reasons. First, microwave antennas are typically mounted very high up, to clear surrounding terrain, which puts them out of range of VLP devices, even at close range.

Second, the real-life range of VLP transmissions is further reduced by the fact that they are used next to people and inside vehicles, both of which block transmissions.

The use of the 6GHz band is essential to the success of 5G, argues the slide-deck.

We believe such devices are at the core of provisioning of 5G digitally immersive cellular services […] For American consumers to derive the full benefit of mmW 5G, peripheral devices such as AR/VR goggles, mobile hotspot, etc. will be required

In other words, 5G speeds on phones are great, but you need to be able to wirelessly tether them to other devices to make the most of that speed.

The conclusion says that the devices are needed, 6GHz is ideal as an extra Wi-Fi band and the risk is low.

The 6 GHz band is ideal for enabling these services. The risk of harmful interference to incumbent operations from VLP devices is extremely low.