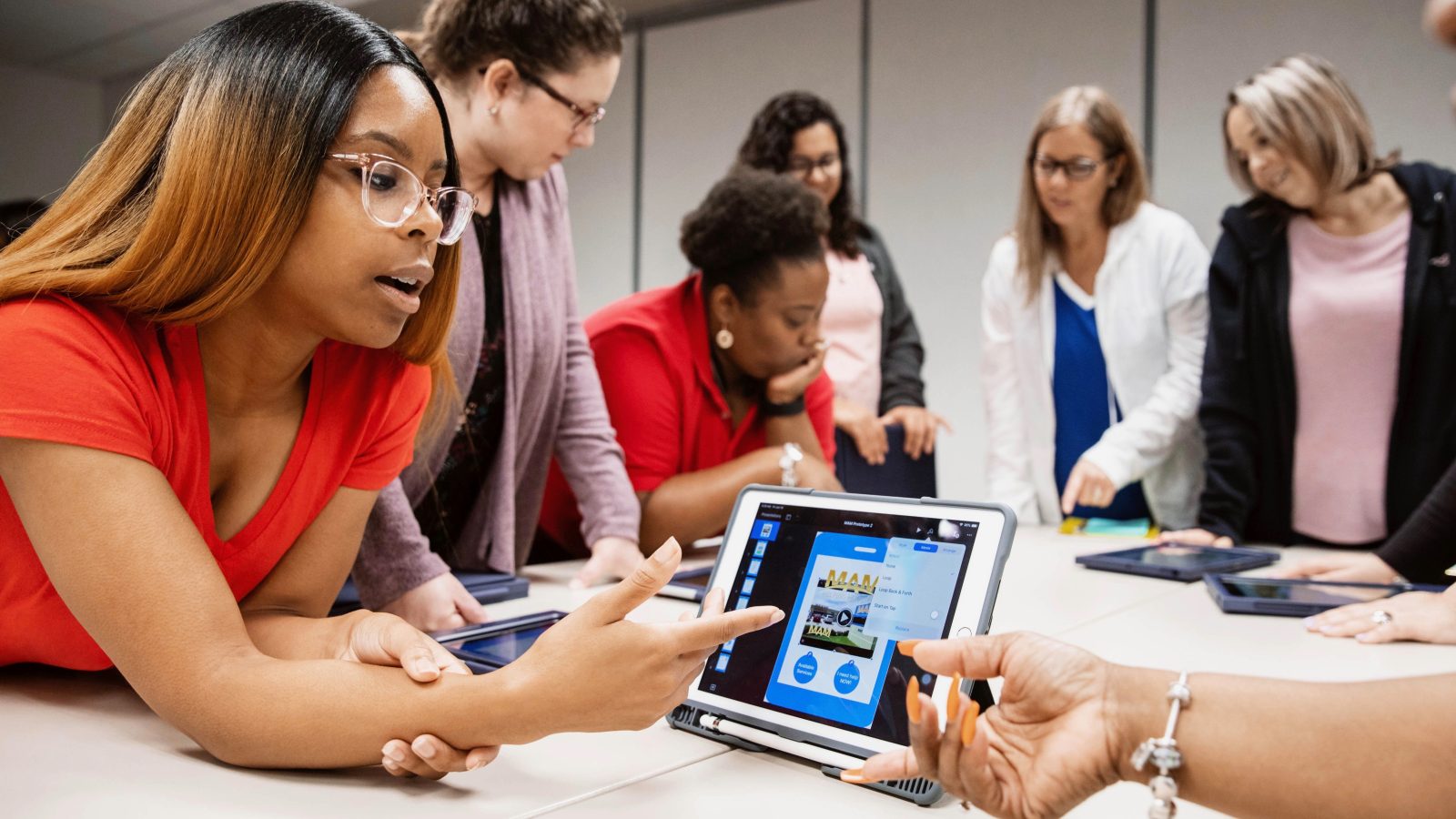 Apple’s Teacher Coding Academies are open to teachers from all levels and run during the summer. Apple notes that those who attended this year had a common goal of helping students learn to code and how to use the skill to make positive change.

The elementary, high school and college educators who attended this summer’s academies came from different states, schools and backgrounds — but they all shared one new and very important responsibility: shepherding their students into a world where coding is a common language. The teachers are determined not only to teach their students about coding, but to show them how they can channel that knowledge to make the world a better place, starting with their communities. On that front, they’re leading by example.

During the program, teachers worked on developing their own apps to serve their local communities.

In Boise, the teachers designed an app to help the police department better serve and communicate with the city’s homeless population, connecting the community to open shelter beds and food banks.

In Austin, teachers focused on Ronald McDonald House, a charity that provides housing for families whose children are receiving critical medical care. In this case, they created an app prototype to help families communicate with the charity during their stay.

And in Columbus, the educators devised an app that helps firefighters log and monitor the amount of time they were exposed to dangerous carcinogens while on the job.

The 2018 Texas teacher of the year, Tara Bordeaux, attended the training this summer and came away inspired and impressed.

“The training makes you feel like you really can accomplish anything,” says Bordeaux. “It was really a once-in-a-lifetime experience.”

“I’ve been to coding trainings and those were kind of stiff and hard to understand,” says Bordeaux. “I felt like people were expecting me to have more of a background in coding than I actually had. But that was completely the opposite with Apple. By the time the week is over you feel confident enough to go back to your classrooms and pass the skills on to your students.”