iPad Pro Diary: It’s a Mac substitute for many, including for me sometimes 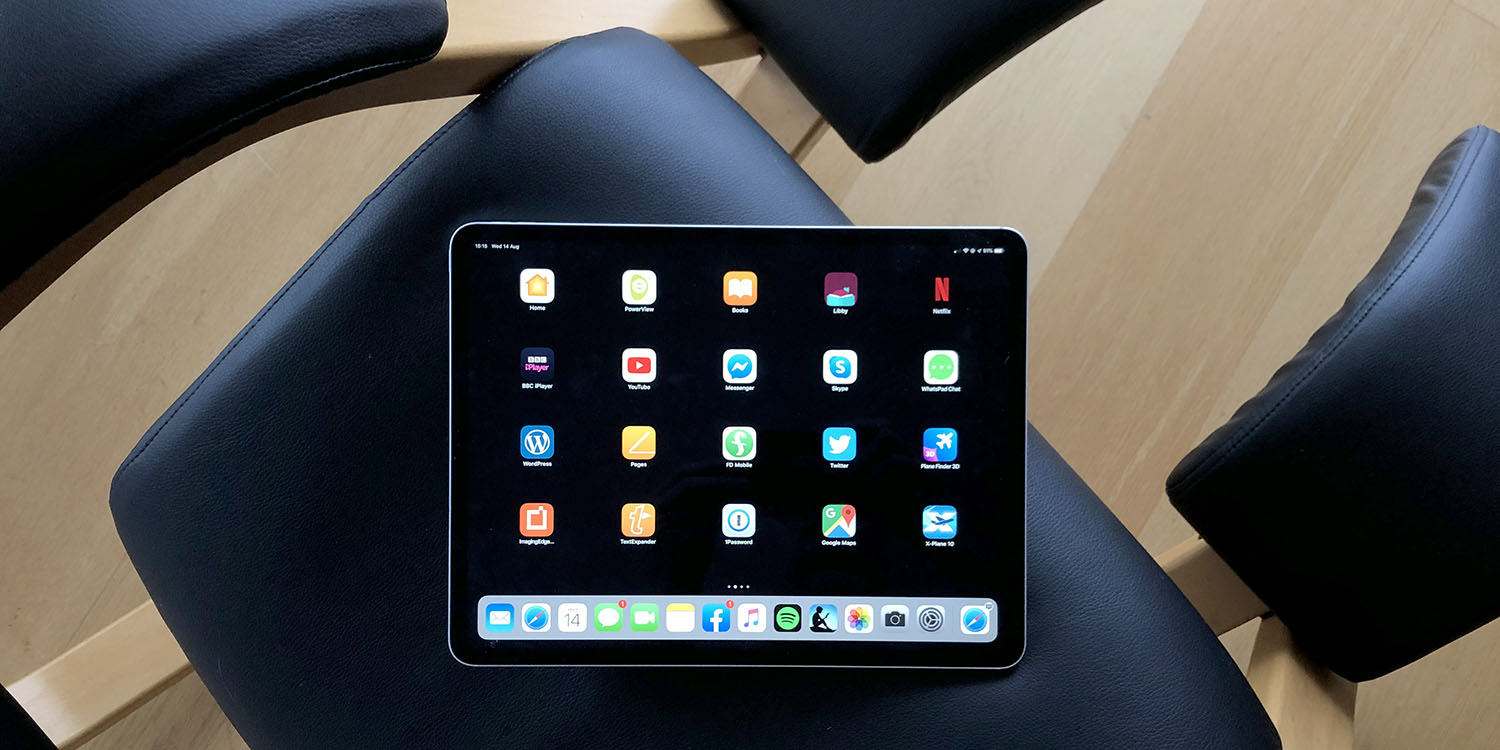 Way back in 2015, I looked at whether the iPad Pro of the time could be a Mac substitute. My bottom line then was “not for everyone, but for many, yes.”

The answer, of course, is the same one I give when non-techy friends ask me which laptop they should buy: It depends on what you want to do with it.

But once I’ve heard what they want to use it for, my answer to the question, ‘Which laptop should I buy?’ has often been, ‘You shouldn’t: Buy an iPad plus Bluetooth keyboard instead.’ So far, at least, everyone who has taken this advice has been happy with the result…

The current-generation 12.9-inch iPad Pro has made that answer even more likely, for three reasons.

First, the more portable form factor of the bezel-free model over the original makes the iPad even more appealing if there’s a lot of mobile use involved.

Second, the iPad is now unarguably notebook class when it comes to performance, and there’s a lot of high-end iOS software to take advantage of that fact. The iPad versions of apps like Lightroom are now far more capable than they once were, and there’s what Adobe promises is a “full” version of Photoshop on the way. There are also plenty of other pro-standard apps available, like Affinity Photo, drawing app Procreate and illustration tool Fresco.

Apple is also bringing ‘desktop-class’ browsing to the iPad, with better compatibility for web-apps like Google Docs, Squarespace, and WordPress. In iPadOS 13, Safari is also gaining new keyboard shortcuts and a download manager.

So I’m more likely than ever to listen to what people want to do with their device and end up recommending an iPad over a MacBook. And, as I mentioned last year, the 12.9-inch model is now so good that my advice to friends changed.

[In the past,] depending on their answers, I’ve recommended everything from the cheapest to the most expensive models. Indeed, my general advice with the iPad has been that, unless you need any of the Pro features, the cellular version of the 9.7-inch iPad with 128 GB storage is likely the one to go for.

But this year is a little different. This year I’ve been saying that, if you can afford it, you’re never going to regret buying the new 12.9-inch model.

Of course, an iPad Pro isn’t a substitute for a Mac for everyone. Even with the iPadOS 13 enhancements, an iPad is still a pretty clunky tool if you need to do lots of multi-tasking. Split Screen and Slide Over are no substitutes for the true windowed environment of a Mac if you spend a lot of time using multiple apps.

But I’ve noticed that my own usage patterns have changed.

In my home office, I still use my MacBook Pro hooked up to a monitor (still the now-elderly Apple Thunderbolt Display, as I’m still waiting for the replacement monitor I really want). Once I’m done working for the day, it used to be that my Mac was still my main device for leisure use. I used it for everything from casual web browsing to choosing music to AirPlay to my hi-fi.

But that has changed now. I’ll pick up the Mac in the evening if I have a specific reason to use it. The iPad Pro has, however, become my default leisure device.

Similarly, if I was going to be hanging around somewhere between meetings, and wanted to get some writing done, I used to take my MacBook Air with me; now I take my iPad with Brydge keyboard instead.

The same was true on a recent trip. It used to be that, on a long-haul flight, I’d get the Mac out of my case for use during the flight, whether it was for movie viewing or something more work-oriented. But both of my most recent long-haul flights, I left the Mac in my bag and pulled out my iPad instead.

So sure, my iPad isn’t a Mac substitute for many, but it could be for more and more people, and mine does increasingly get used for things I’d once have done on my Mac. Is the same true for you? Please share your experiences in the comments.