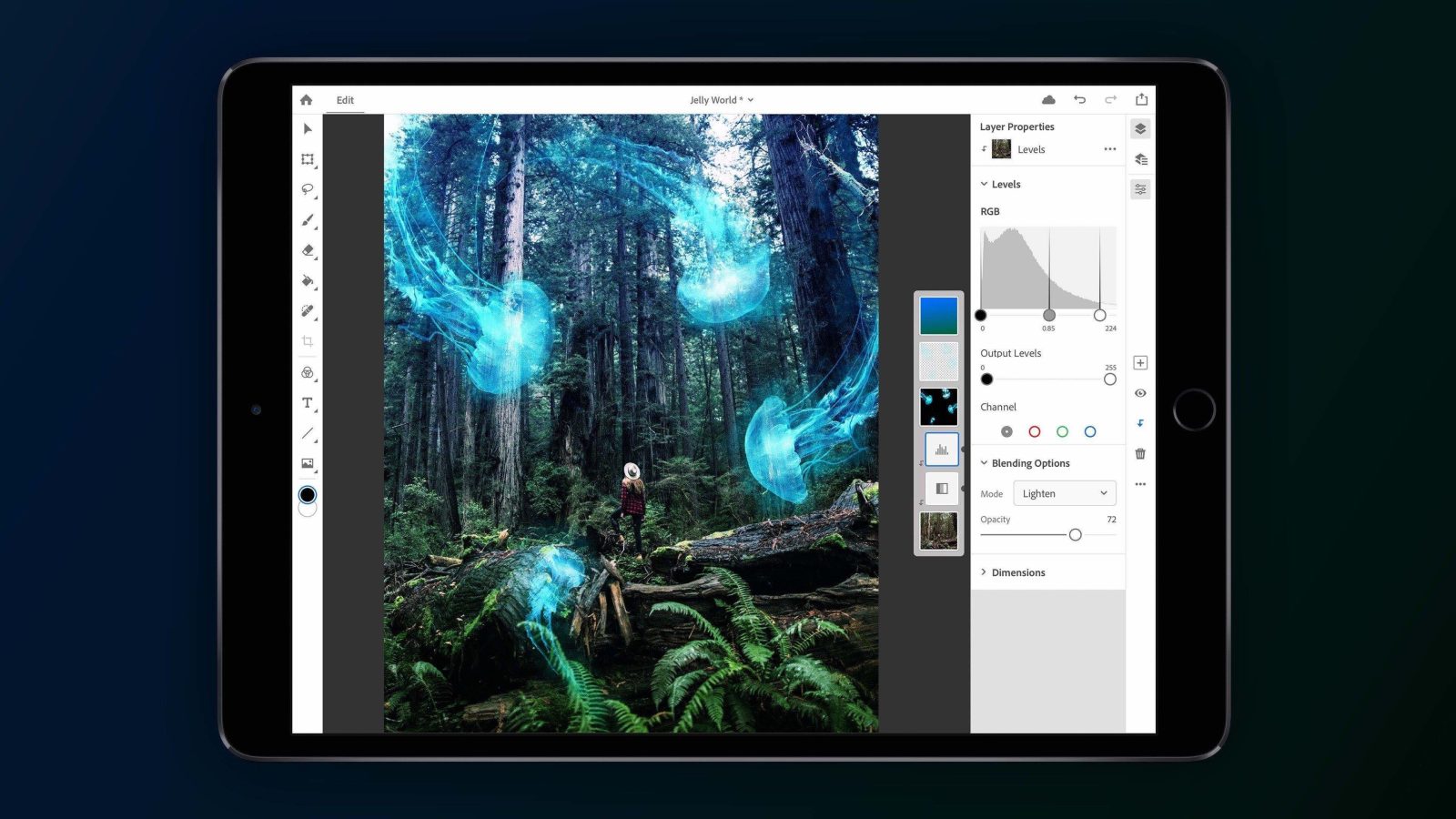 Adobe has started private beta testing of Photoshop CC for iPad. When the application was announced back in October 2018, Adobe promised a 2019 launch. Adobe has now sent out TestFlight builds to its invite group, which suggests it is approaching a shippable version…

Update: It appears that Adobe had already distributed beta versions of Photoshop for iPad many months ago. It now seems to be distributing to a wider testing group, probably driven from the May invitations to apply. Original story preserved below.

Whilst Adobe has not expounded on the original 2019 time frame, many expect the app to launch at the Adobe MAX conference in early November.

Photoshop for iPad is promised to allow truly cross-platform projects, where a designer or artist can create and edit native PSD files.

Using the Adobe Creative Cloud, the PSDs will sync seamlessly across devices so you can start a Photoshop document on your iPad and continue editing the same project on a Mac or PC. No exporting or file conversion required.

Apple promoted Adobe’s Photoshop for iPad effort as part of the 2018 iPad Pro launch last year, demonstrating the iPad easily handling a massive Photoshop canvas with hundreds of layers. However, whilst the plan is to be feature-complete with desktop Photoshop, the company has said it will debut with a subset of the app’s monolithic feature set.

Thanks to Alireza, here are some screenshots from the current beta build. You can see a lot of desktop metaphors are being ported across with the palettes and sidebars that should make for a familiar experience to existing Photoshop users.

Photoshop for iPad will be available as part of an Adobe Creative Cloud subscription.