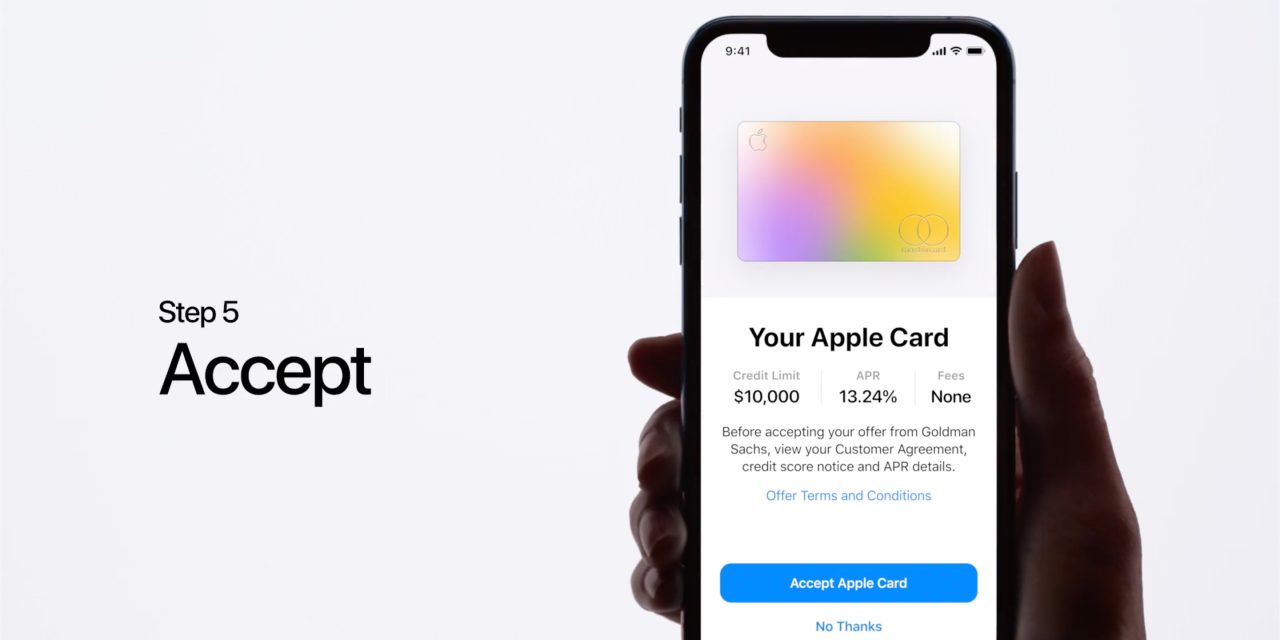 Apple Card is officially available to the public and it’s stirring up a lot of interest. Even though the rewards for the new credit card aren’t a standout feature, there are many aspects that make it a compelling choice including the instant sign-up and approval process, privacy and security focus, Apple-designed budgeting software, titanium card, no fees, and more. I’m ready to get one myself, but there are a few things holding me back and likely others who share finances with their spouse or partner.

As you’ve probably heard by now, Apple isn’t offering the option of getting an additional Apple Card for a second user. If you’re in a relationship, that means both you and your significant other have to fill out separate applications for Apple Card on iPhone or iPad which if approved, will be tied to your Apple ID.

So far, that might not be an issue for a lot of couples but having separate accounts isn’t the only complication. Apple Card offers a great software experience for budgeting and paying your bill but you can’t access that software anywhere outside of your iPhone or iPad. And there’s no way to export your Apple Card data (for now at least) to third-party budgeting software and other financial apps like you can with almost every other credit card (except for basic PDF exports). I’m sure this has to do with security and privacy but seems like a solvable issue. An Apple Card app may be in the works which might give couples more visibility into two separate accounts but for now, this is a notable limit.

Notably, my wife and I have another unique issue that I’d guess a much smaller subset of Apple users face. We opt to share our primary Apple ID so we can have one Photos library to manage instead of two (not possible with Family Sharing) then use separate IDs for iMessage and FaceTime. I’ve written about this before and would love to see a separate sign-in option specifically for Photos. But in any case, this makes Apple Card even more of a challenge since there doesn’t seem to be a way of using a different Apple ID than what is set as your primary account on your iPhone or iPad when you sign up for the credit card. This means only one of us could sign up for Apple Card. 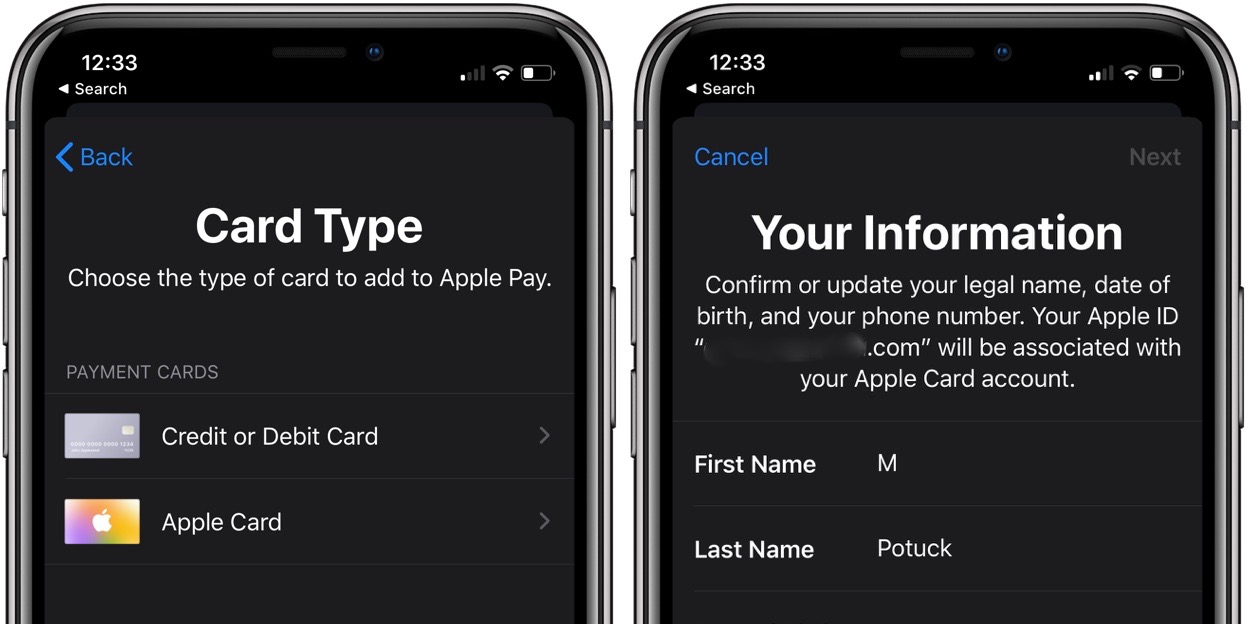 With Apple’s focus on security and privacy for Apple Card, I think the likelihood of the option for an additional cardholder may arrive before it allows users to export their financial data and integrate it with third-party software. Sure there’s more risk and liability to have two cards on an account instead of one but Apple already has the logistics figured out on Goldman Sachs and its side. As for users, it would be easy to have another toggle to lock the secondary card just like the primary one in the Wallet app.

(There’s also likely a huge group of teenagers who would love to get an Apple Card as a secondary user under their parent’s account.)

Even though I think exported Apple Card data beyond PDFs is likely to come after the option for additional users (if at all), I think it’s an important thing for Apple to do. Lots of users will want to include Apple Card data with their other financial accounts to see their big picture. On the other hand, a greater number of Apple Card users (or potential users) may want the export option as it impacts both individuals and couples, so maybe there’s a chance Apple works to make it available before cards for additional users.

A partial or temporary solution could be an Apple Card iOS app that would allow users to share data with their partner or spouse. This might be a way for Apple to retain its security and privacy focus by offering visibility across accounts but keeping it within the bounds of its own app instead of involving third-party apps.

What do you think? Do you want to become an Apple Card user but will be waiting for the option of exporting data and/or the ability to add an additional user? Share your thoughts in the comments below!