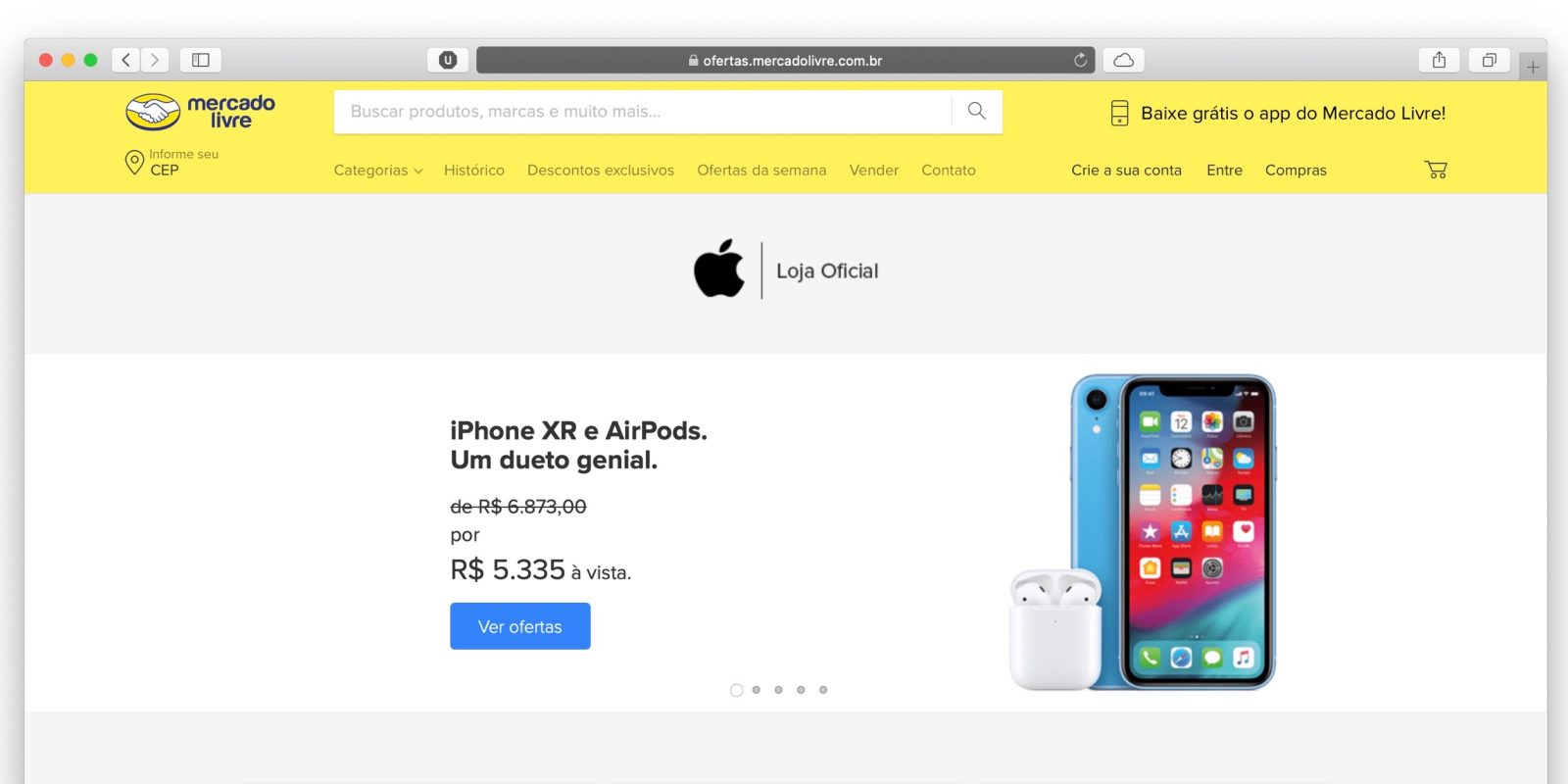 Apple has been expanding its reach through third-party retailers over the last year with deals with Amazon and Best Buy. Now the company will officially sell its products through the Latin American retailer Mercado Livre.

As reported by iHelp BR (via Google Translate), Mercado Livre/Mercado Libre (Free Market) is one of the most popular third-parties to buy and sell electronics and more in Latin America. The retailer has had a few partnerships with specific brands to sell products through its website and Apple will be the latest to offer a storefront.

Apple was spotted on Free Market’s website and iHelp BR was able to get confirmation that it is an official partnership that brought the Apple “Loja Oficial” (official store) to Mercado Livre customers.

Apple has confirmed to iHelp BR that the page in question available on the sales site is true and stressed that the partnership comes through Allied, which manages all of Apple’s operations in Brazil at third party stores such as Americanas and Submarino.

Apple has been expanding through third-parties retailers over the last year. This summer the company announced that every Best Buy location is now an Authorized Apple Service Provider making it easier for Apple customers to get service and support.