Apple-Amazon deal may be illegal, is being investigated by the FTC 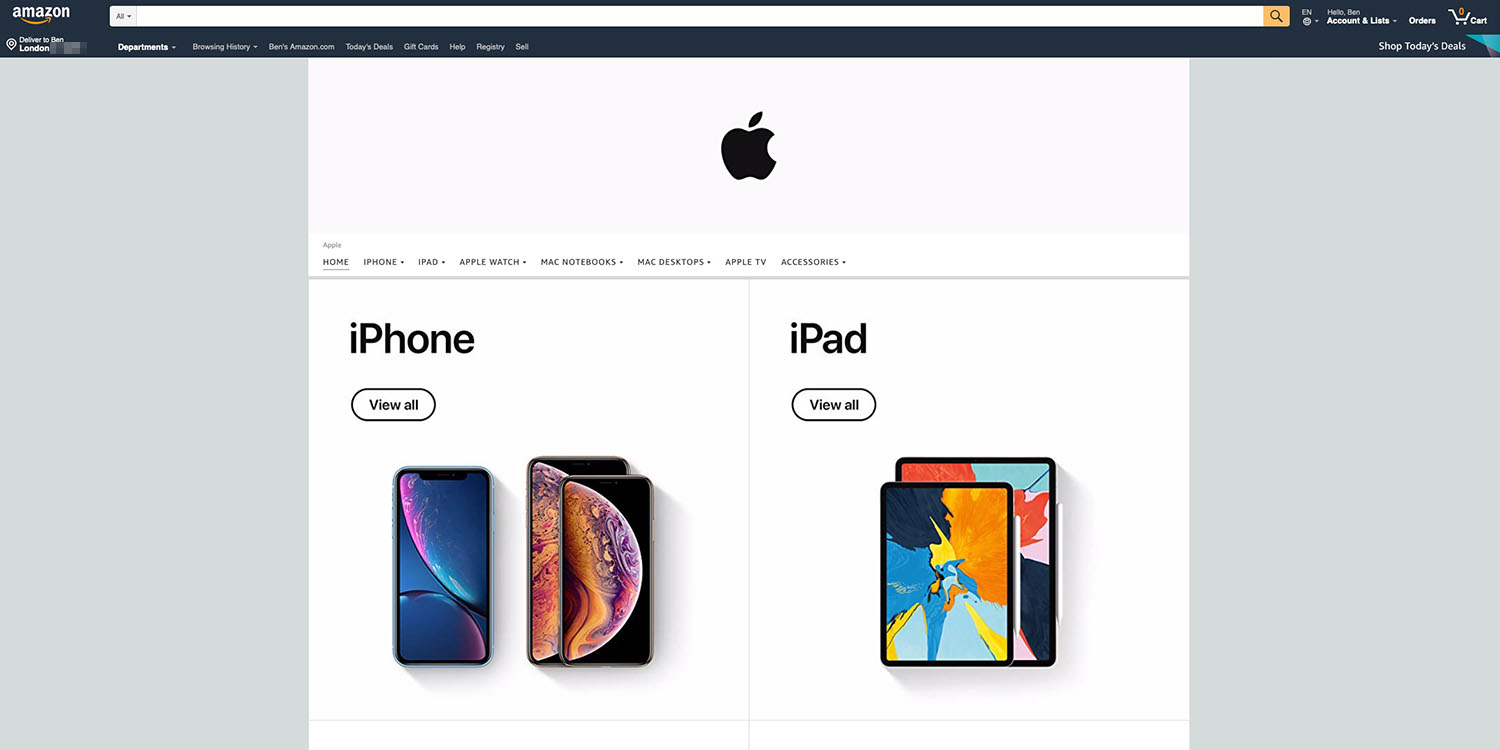 Apple and Amazon reached an agreement last year for the Cupertino company to sell its products directly to consumers through an official Apple store on the ecommerce site.

While the move was pitched as making more Apple products available to Amazon buyers and addressing the problem of counterfeit goods, it cut most third-party resellers out of the loop — which is the reason the FTC is reportedly now carrying out an antitrust investigation …

The harm done to independent Apple resellers was raised as a major concern almost immediately after the deal was announced.

It’s not just that smaller retailers will now be competing with Amazon, but most of them will now be completely barred from selling Apple products. Part of the deal is that only authorized Apple resellers will be allowed to sell through Amazon from January 4, 2019.

The Verge now reports that the Federal Trade Commission appears to be interviewing resellers who have been impacted by the deal.

One seller, a Minnesota man named John Bumstead who specializes in refurbished MacBooks, was contacted earlier this month by a group of FTC officials. Bumstead told The Verge that he was interviewed by FTC lawyers and an economist about the impact of the Amazon-Apple deal on his business. The group did not disclose the broader purpose of the interview, but at least one member of the group is listed as belonging to the FTC’s newly formed Tech Task Force, a division launched in February to police anti-competitive behavior on tech platforms.

The FTC officials were curious about the role Amazon’s Marketplace played in Bumstead’s business and how much his business suffered from being kicked off.

One antitrust expert says the deal is likely illegal.

According to Sally Hubbard, an antitrust expert and the director of enforcement strategy at the OpenMarkets Institute, the practice of cutting a deal with a brand to shut out third-party sellers who may be peddling counterfeit products or simply just lower-cost versions is called “brand gating.” It’s rampant on Amazon, and it may be illegal, she argues.

“You put a gate around the brand and say all the third-party sellers of whatever that brand is get a notice saying you can no longer sell this product on our platform unless you get authorization from the brand,” Hubbard tells The Verge. “But of course the brand is not going to let you sell if you’re under the [minimum advertised price]. Problem is that it’s illegal under antitrust law” […]

It’s basically a price-fixing agreement between a dominant retailer and a brand. And that’s illegal under Section 1 of the Sherman Antitrust Act.

Third-party sellers are allowed to sell refurbished Apple products below official prices as part of the Amazon Renewed program, but entry to this is limited to those selling $10M+ of products per year. That still eliminates all individual sellers and smaller businesses.