Foxconn has big plans for making more iPhones in India, but faces challenges 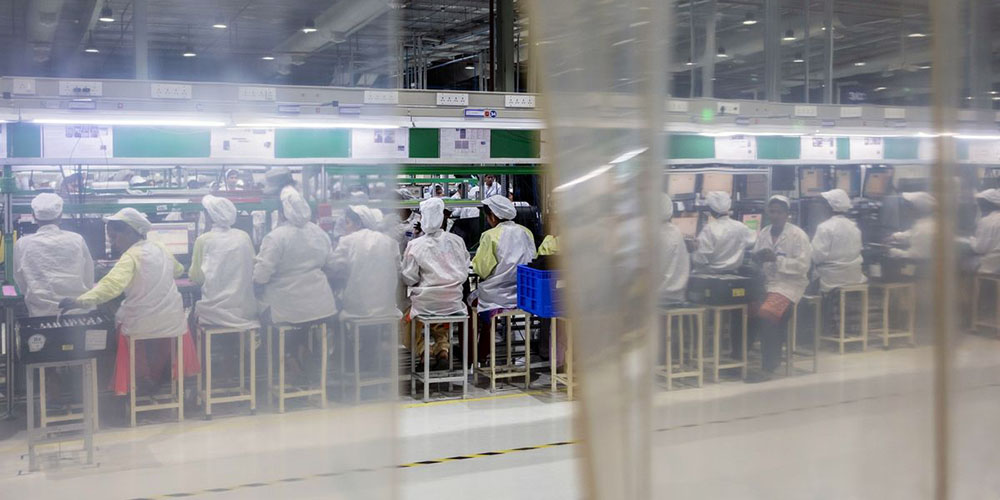 Foxconn has today shared its ambitious plans to make more iPhones in India — just as we get official confirmation that Chinese-made models will face 15% tariffs from December.

Bloomberg reports that Trump’s trade war with China, supposedly designed to encourage companies to manufacture in the US, is instead simply persuading them to look for the next low-cost production base.

In late August, Trump ratcheted up the rhetoric—ordering American companies to start pulling out of China and citing a national security law as justification. He backed off two days later, but many companies have resigned themselves to an inevitable and costly rethinking of their global supply chains.

“It’s a good business principle not to put all your eggs in a single basket,” says Josh Foulger, who runs Foxconn’s India operations. “We have to find viable and reliable alternatives. Obviously the alternative location has to be competitive. We can’t put a factory in Mexico for manufacturing mobiles. It might have worked 10 years ago, it just won’t work today.”

India, for its part, is taking a similar approach to China in making it easy to set up shop in the country.

Foxconn’s first India facility started in 2015 in Sri City, a special economic zone where goods can be imported and exported with limited red tape and foreign companies make everything from diapers to train carriages […]

They have a staunch partner in Prime Minister Narendra Modi who is under pressure to bring down a jobless rate that currently exceeds 6%. His government’s four-year-old “Make in India” policy seeks to turn the country into a manufacturing power by offering incentives to foreign companies to open factories. “The plan is to expand India’s $25 billion phone manufacturing to $400 billion by 2024,” says Pankaj Mahindroo, who heads the Indian Cellular & Electronics Assn. “A substantial portion of it will be for the export market.

That doesn’t, however, mean that making more iPhones in India will be easy.

Skilled workers such as industrial designers are in short supply, and there isn’t yet much of a supplier network providing crucial components such as batteries, semiconductors and processors. “India is not there yet,” says Anshul Gupta, a senior research director at Gartner India […]

Catching up will require the Indian government and private sector to invest heavily in roads, rails, ports and other infrastructure. “When China did it, global supply chains were fragmented and there wasn’t another China,” Polk says. “India will not only have to get it right but they have to get it right in a way to better China, and trade wars can only help at the margins.” China also had the benefit of being able to grow without worrying too much about the environmental impact. With concern about climate change growing, “that’s not going to fly these days,” he says […]

While the state government provided land, water and power connections for the Sriperumbudur facility, Foxconn, Dell, Flextronics and other companies banded together to build the industrial park for their factories. Even so, Foulger still needs to ferry in water for his thousands of workers because Chennai city and nearby areas have a severe water shortage.

In addition to making more iPhones in India, Apple is reported to be gearing up for online sales in India, but today said that plans to open retail stores in India will take ‘some time.’