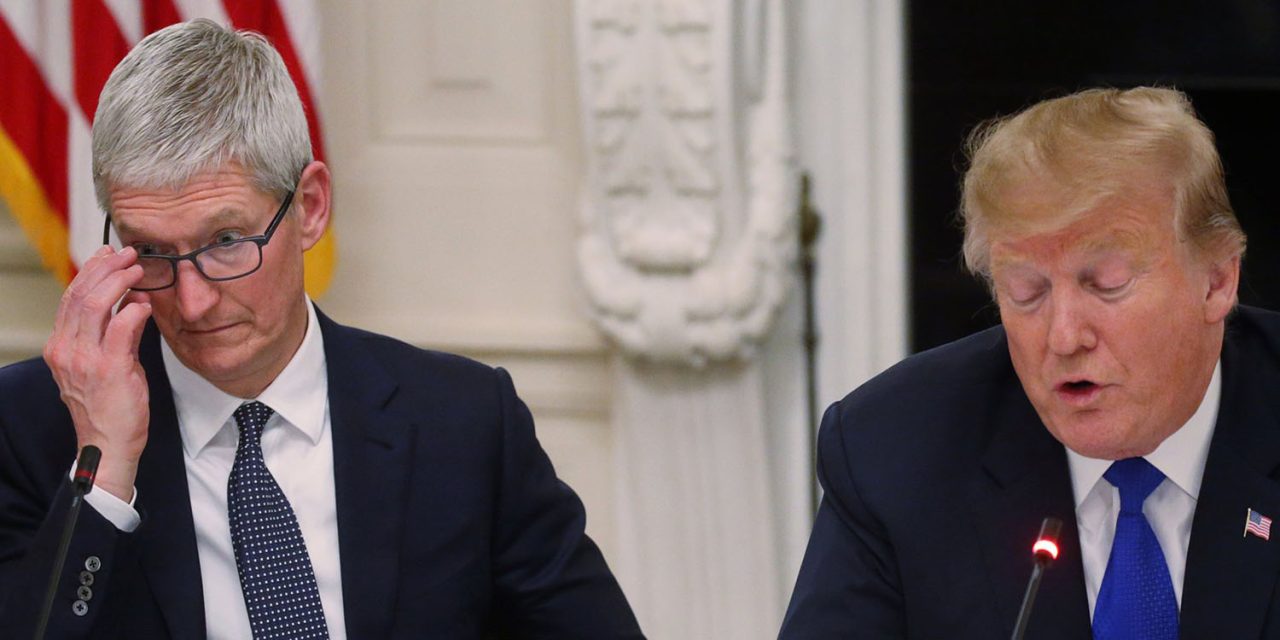 iPhones, iPads, and MacBooks will now face a 15% tariff from December, up from the 10% previously announced. Additionally, the 25% tariff set to hit desktop Macs, AirPods, Watch, and more on September 1 will now be increased to 30%.

Trump made the threats in a recent tweet, after China responded in kind to earlier tariffs imposed by the US government, and this has now been made official…

Reuters reports that the policy was confirmed by the US Trade Representative’s office.

The Trump administration on Wednesday made official its extra 5% tariff on $300 billion in Chinese imports and set collection dates of September 1 and December 15, prompting hundreds of US retail, footwear, toy, and technology companies to warn of price hikes […]

US Customs and Border Protection will also start collecting a 15% tariff on December 15 on the remainder of the $300 billion list, including cellphones, laptop computers, toys, and clothing, USTR said in the Federal Register filing.

US President Donald Trump announced the increase to 15% from 10% last Friday on Twitter, escalating the bitter US China trade war after Beijing hit back with retaliatory tariffs on $75 billion worth of U.S. goods, including crude oil.

The USTR says that an official notice will follow shortly for the jump from 25% to 30% in the tariffs applying from Sunday. Trump’s series of tweets sent AAPL stock down 4%.

A recent analysis showed that the following Apple products will be hit by 30% tariffs on September 1:

While the 15% tariff landing on December 15 will apply to a wider range of Apple products:

So far, Apple appears to be planning to absorb the extra costs. It was previously estimated that the original 10% and 25% tariffs could cut AAPL earnings by 4% — with the increased tariffs now set to hit the company’s bottom line even harder.

Although Trump said Apple CEO Tim Cook made a “compelling argument” against the tariffs, that argument appears to have been quickly forgotten by the president.

With the tariffs applying to all Apple products imported into the US from China, there has been speculation that the Cupertino company is working to reduce its dependence on Chinese suppliers. But a Reuters analysis suggests this isn’t the case.

Although Apple suppliers have been opening up new facilities in other countries, these have limited capacity — most of the expansion in Apple’s contract manufacturing has taken place within China.

Tapping factories in Brazil and India has not lessened Apple’s dependence on China, the company’s supply chain data shows, raising the stakes for the iPhone maker as US President Donald Trump wages a trade war and promises more tariffs.

Apple faces levies of 15% imposed by Trump’s administration on major products made in China such as smartwatches and wireless headphones on September 1, with a tariff on its biggest seller, the iPhone, to take effect on December 15.

The analysis acknowledges the expansion in the number of assembly plants in India over the past few years, but says that while these have grown from zero in 2015 to three in 2019, the number of Apple’s Chinese assembly facilities has increased from 30 to 52 in the same timeframe.

The factories outside China are smaller and, in the case of India and Brazil, Apple only uses them to meet domestic demand. Apple’s contract factories inside China, meanwhile, have added far more locations than outside, with Foxconn alone expanding from 19 locations in 2015 to 29 in 2019 and Pegatron going from eight to 12, according to Apple’s data. The new locations come as Apple has added watches, smart speakers, and wireless headphones to its product lineup.

Reuters does appear mistaken on one point. It says that Indian-made iPhones are sold only within the country, while an Economic Times report said last month that this was no longer true.

Representing a significant milestone, some Apple iPhones manufactured in India are now being exported to countries in Europe for sale.

However, those numbers were reportedly minimal, so the main point stands.