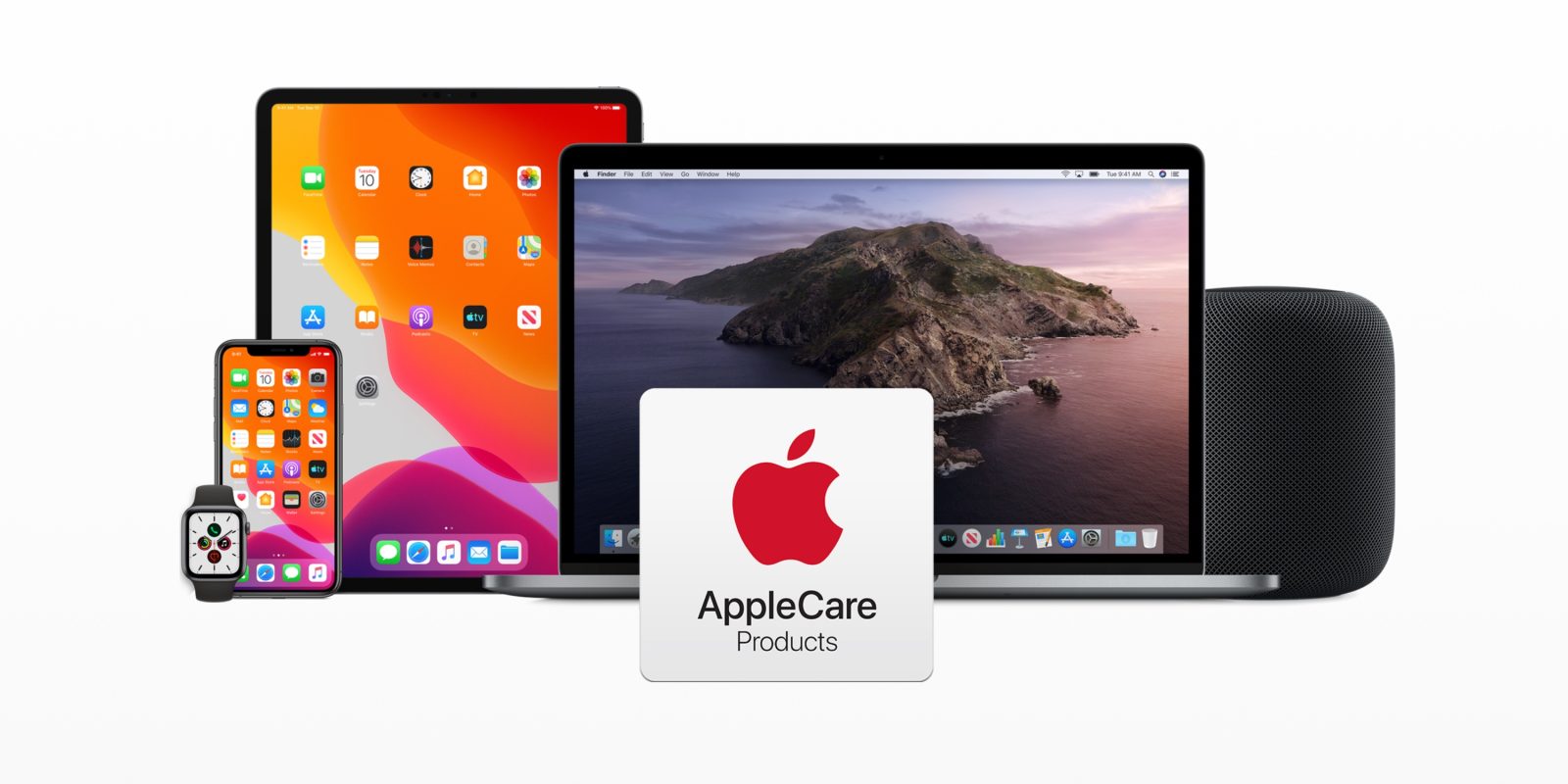 Last year, Apple rolled out the option to pay monthly for some of its two (in some cases three) year AppleCare+ plans for iPhone, iPad, and Apple Watch. Today, Apple quietly changed how it works so customers can buy an indefinite monthly AppleCare+ subscription.

The change to AppleCare+ monthly plans almost went under the radar after Apple’s busy iPhone event. But an eagle-eyed 9to5Mac reader spotted the new AppleCare+ legal document that was updated today. Under “Plan Term and Renewal,” Apple describes how the monthly plans work now:

For Monthly Plans, your Plan Term is one (1) month. Your Plan will automatically renew each month unless cancelled as set forth in the “Cancellation” Section 9 below, including in the event that Apple is no longer able to service your Covered Equipment due to the unavailability of service parts, in which case Apple will provide you with thirty (30) days’ prior written notice of cancellation, or as otherwise required by law.

This sounds like customers can choose to continue the monthly AppleCare+ coverage as long as they’d like or until Apple can’t service the device anymore. The monthly subscription is available for iPhone, iPad, and Apple Watch. AppleCare+ is only offered as a upfront paid option for devices like Macs, Apple TV, headphones, and more with fixed terms.

Checking out AppleCare+ when purchasing an Apple Watch Series 5, iPhone, or iPad, Apple notes the change on its online store when adding the coverage with the new explicit language, “Pay monthly until canceled.” Since orders aren’t open yet for iPhone 11 and iPhone 11 Pro, the online store doesn’t show AppleCare+ for those devices yet. But we do know the upfront pricing will be $149 and $199, respectively. 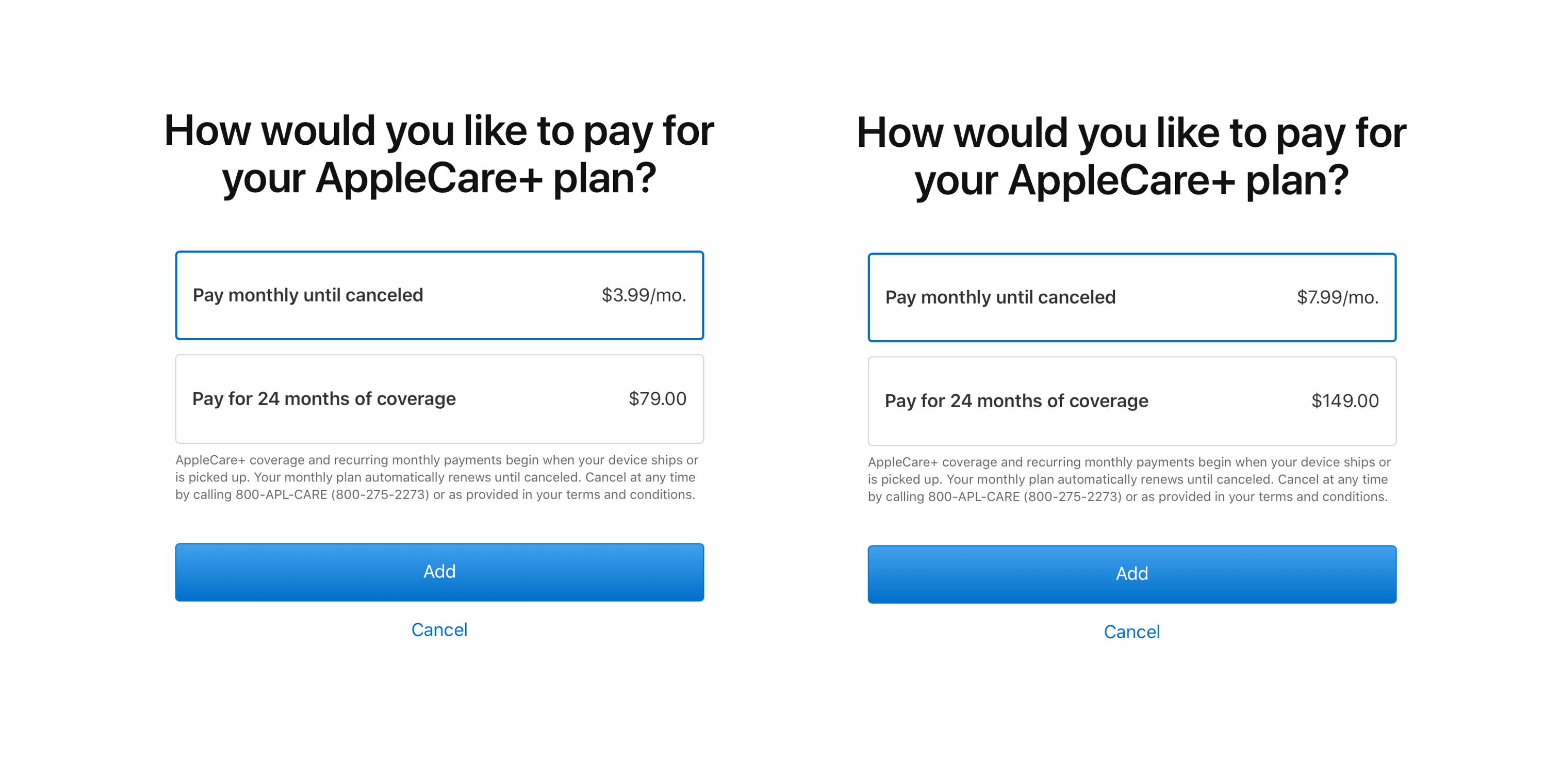 While Apple isn’t marketing the change to the monthly plans as a subscription, it behaves like one, with users having to actively cancel the plan to stop coverage. While some may be excited to be able to cover devices for more than two years, it may also frustrate users who decide to give away a device or sell it and accidentally continue to pay for AppleCare+ that they aren’t using.

Notably, the option to pay monthly for just the two- or three-year fixed terms doesn’t appear to be available anymore. However, AppleCare+ included with the iPhone Upgrade Program should be canceled as a part of the trade-in and renewal process each year automatically.

It’s also good to keep in mind that compared to the normal two-year terms (three years for Apple Watch Hermés and Edition), Apple charges more for the monthly subscription compared to the upfront price. For example, two years of coverage for the iPhone 11 or XR will run $191 if paid monthly versus $149 upfront. The monthly subscription is also in effect for AppleCare+ plans with theft and loss coverage.

What do you think about the switch to a monthly subscription model for AppleCare+? Share your thoughts in the comments below!