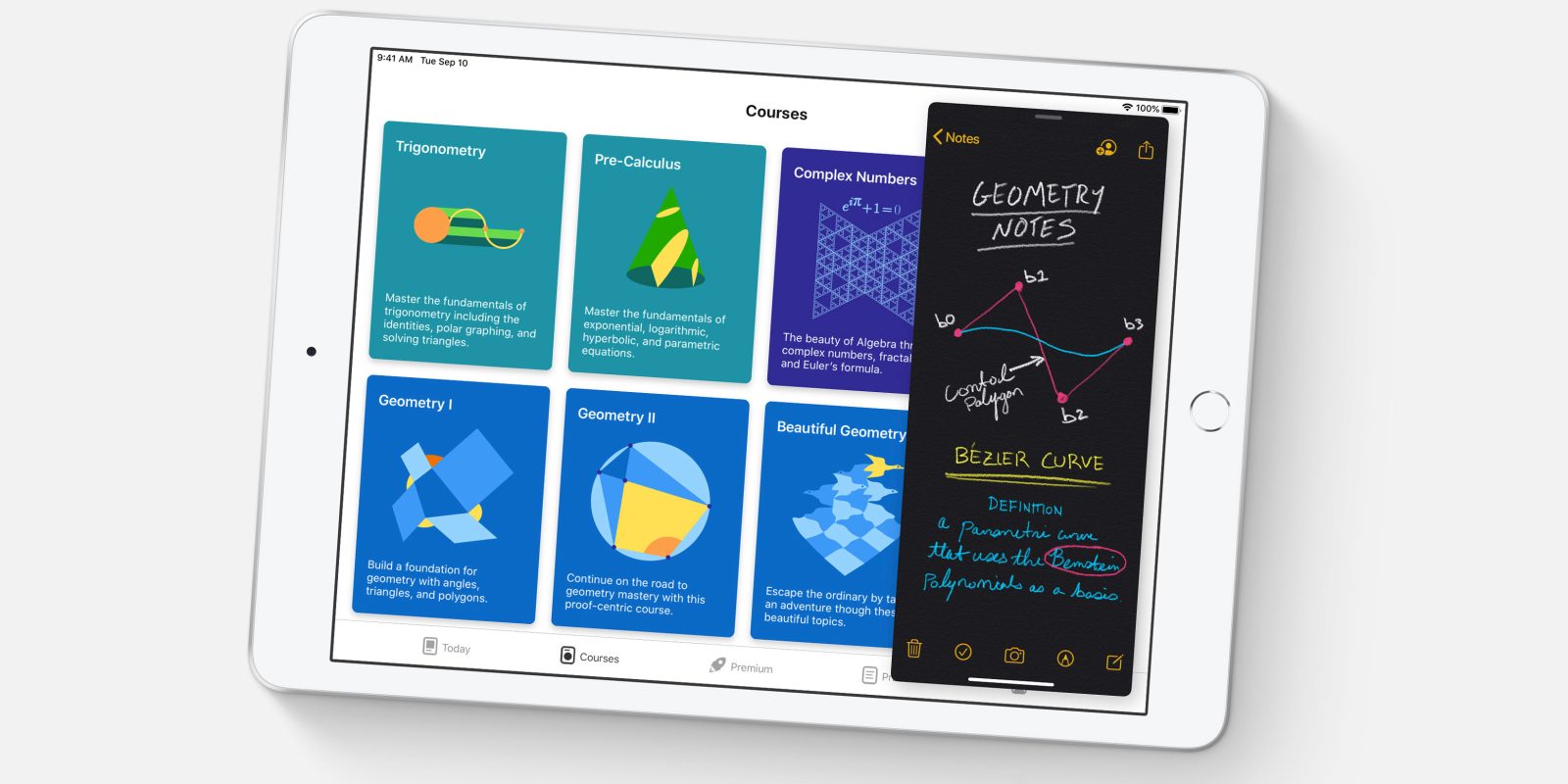 Apple’s new 10.2-inch iPad is already being discounted at Amazon, while Apple Watch Series 4 is now $100 off. Plus, it’s iPhone 11 pre-order day and we have all the best deals right here for you. Hit the jump for all that and jump in the latest 9to5Toys Lunch Break.

The latest iPad from Apple is already on sale during the pre-order phase at Amazon with $29 off the Wi-Fi 128GB model. That brings Apple’s new 10.2-inch iPad down to $400, which is the best price we’ve seen. With a larger 10.2-inch display, Apple Pencil support, and compatibility with smart connector accessories, this is arguably one of the most compelling iPads in Apple’s stable currently. Includes an A10 Fusion chip, 8MP camera, and support for 1080p HD recording. Head over to our announcement coverage for additional details.

There’s been a flurry of Apple Watch Series 4 deals after Tuesday’s keynote, and we’re now seeing $100 off various models via Walmart. While Apple Watch Series 5 delivers a handful of new upgrades, there’s still plenty to like about these previous-generation deals. And those discounted prices don’t hurt either. Series 4 offers a larger watch face than its predecessor and a water-resistant casing to 164-feet. The OLED display is bright and colorful, and you can count on the usual suite of notifications from your iPhone. Make sure to put your savings to work and grab a few extra Apple Watch bands. Our roundup of the best third-party options has a wide range of styles for just the right look. Give this leather band a try if you’re stuck on which option to choose from.

Best Buy’s official eBay storefront offers the Native Union Drop 10W Qi Wireless Charging Pad for $51. Typically selling for $60 at Amazon, today’s price cut is not only the first discount we’ve seen in 2019, but also the lowest in well over a year. Native Union pairs its trademark silicone tread design with aircraft grade aluminum for a more stylish charging experience. Perfect for your desk or nightstand, this one outputs 10W of power for topping off your handset. It also includes a 6.5-foot braided USB-C cable.

Sunvalley Brands via Amazon is offering the RAVPower 30W USB-C Power Adapter for $20. If you are not a Prime member, orders that exceed $25 will qualify for free shipping. That’s $15 off what it has been fetching and a $5 savings compared to the before-coupon price drop which is only 2-3 weeks old. Today’s deal beats the lowest offer we have tracked by $3. At a mere 1.65 by 1.1-inches, this charger puts the one Apple shipped with it’s recently-retired MacBookto shame. Despite its small form-factor, it’s still able to charge at 30-watt speeds. This makes it capable of charging 13-inch MacBooks or iPad Pros at an acceptable rate.

Following Apple’s Keynote event on Tuesday, it’s now time to lock-in your pre-orders for the latest devices. So you’re probably wondering where the best iPhone 11 deals are? This year, there is a host of carriers and retailers offering discounts in the form of cashback, gift cards, and monthly discounts. So no matter which iPhone 11, Pro, or Max you’re choosing this time around, there’s likely an incentive out there somewhere including FREE upgrades with a new line and up to $300 worth of gift cards.