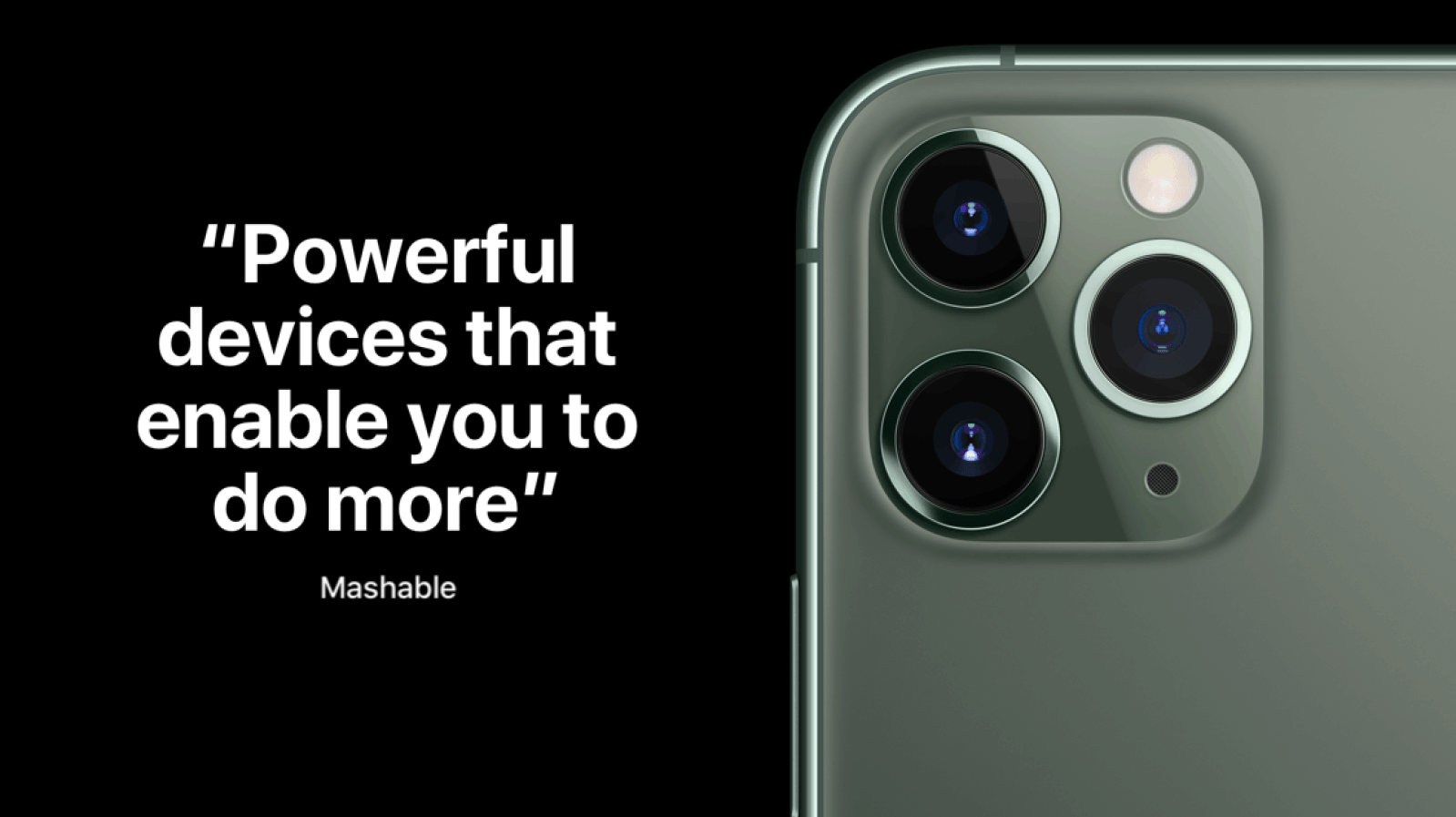 iPhone 11 and iPhone 11 Pro reviews hit the web this morning, with reviewers offering their thoughts after one week with Apple’s newest devices. Now, Apple has shared a new breakdown of its favorite iPhone 11 reviews.

Apple’s review roundup is headlined by a GIF with quotes from various publications praising the iPhone 11 and iPhone 11 Pro.

“The best new feature here is Night mode, which pretty impressively brightens dark photos … it’s automatic in low-light settings. You can even use it as a flashlight. When you shine it at something dark, the screen will display it with more light than you can see with your own eye.”

From Esquire, praising the video performance of all three new iPhones:

“For the video-takers of the world, all three iPhones will let you record 4K video at 60 frames per second. That’s some crisp, high-res stuff with impressively smooth motion. And the editing tools Apple gives you let you alter, chop and correct video just like you would a photo. Another cool feature lets you transition cleanly from a photo-taking scenario to a video-taking scenario.”

Apple also focused passages praising the A13 Bionic processor in the iPhone 11 and iPhone 11 Pro. From the New Straits Times:

“Using the phones camera was easy and intuitive, and with the integration of the advanced A13 Bionic chip and iOS 13, as well as machine learning, photography on the iPhone just gets better.”

From Engadget, focusing on the iPhone 11 price:

“And this time, Apple made the deal even sweeter. Thanks to some under-the-hood improvements, a new camera and its $699 starting price, you’re getting more of what matters for slightly less.”