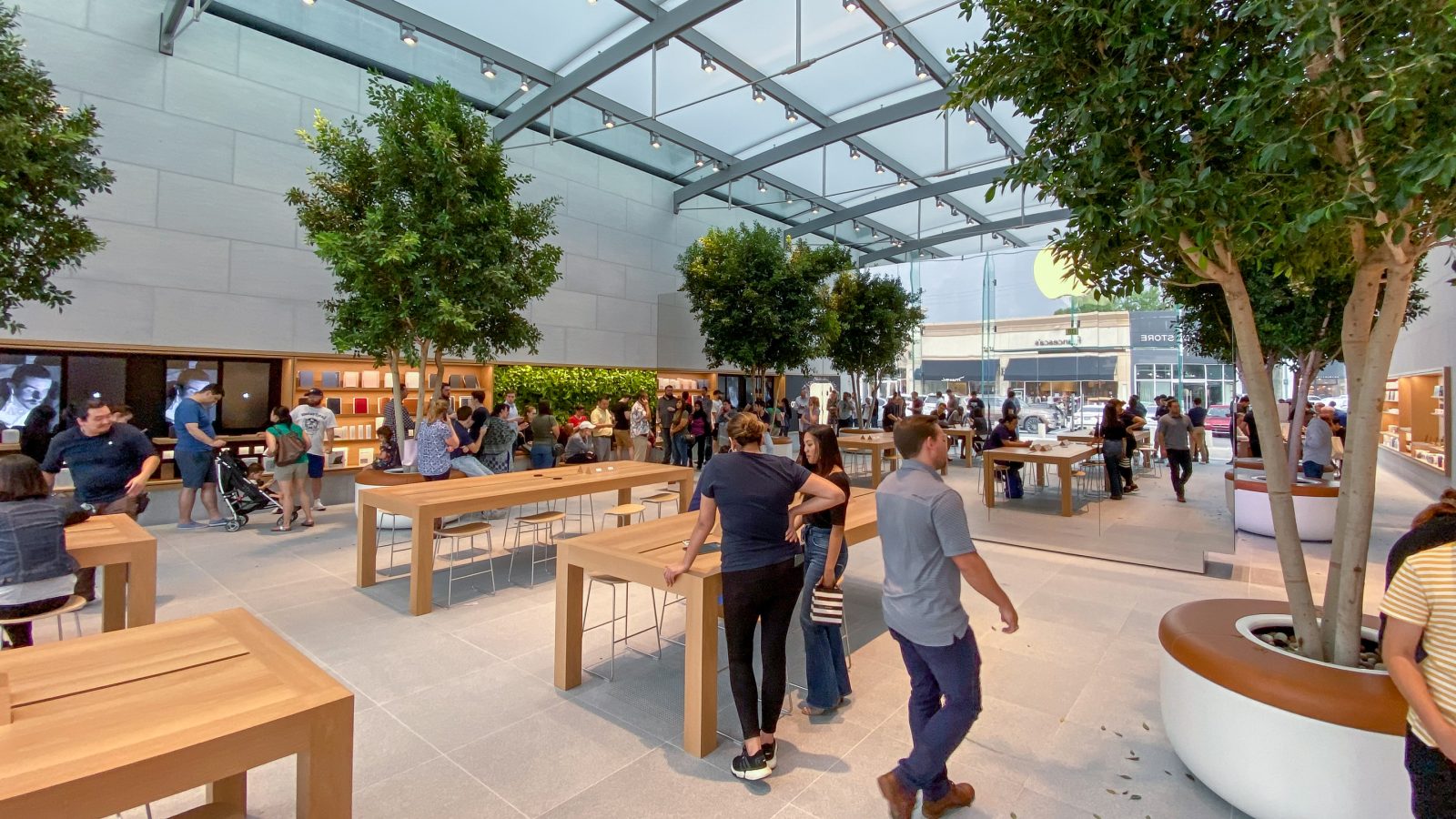 iPhone and Apple Watch launch day at an Apple Store is always a special experience. At six locations throughout the U.S., Japan, and China, Apple made this year’s release a little more special by unveiling all-new and remodeled stores. The first customers to pick up their new phones and watches were also among the first to step inside.

The largest and most notable store reopening on September 20 was Apple Fifth Avenue in Manhattan. The famous glass cube finally returned after a multiyear renovation project to completely redesign the underground store. We brought you a detailed early look inside and photos from the grand opening in separate articles.

In addition to new and expanded stores, Apple also refreshed its entire fleet of existing locations for yesterday’s launch. New window fixtures, product displays, and imagery decorate each store. You can check out a photo gallery of the changes and more information in our in-depth look. 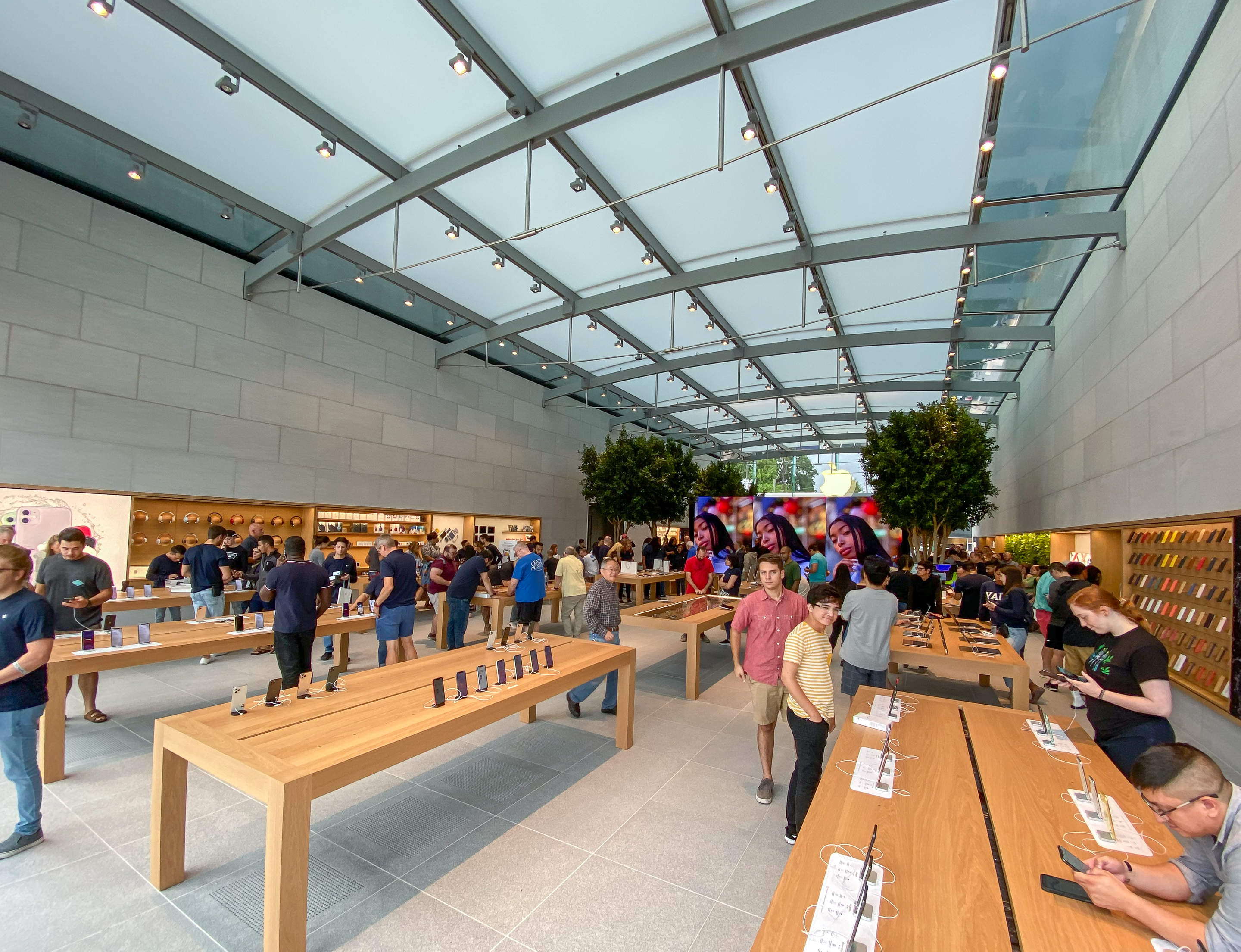 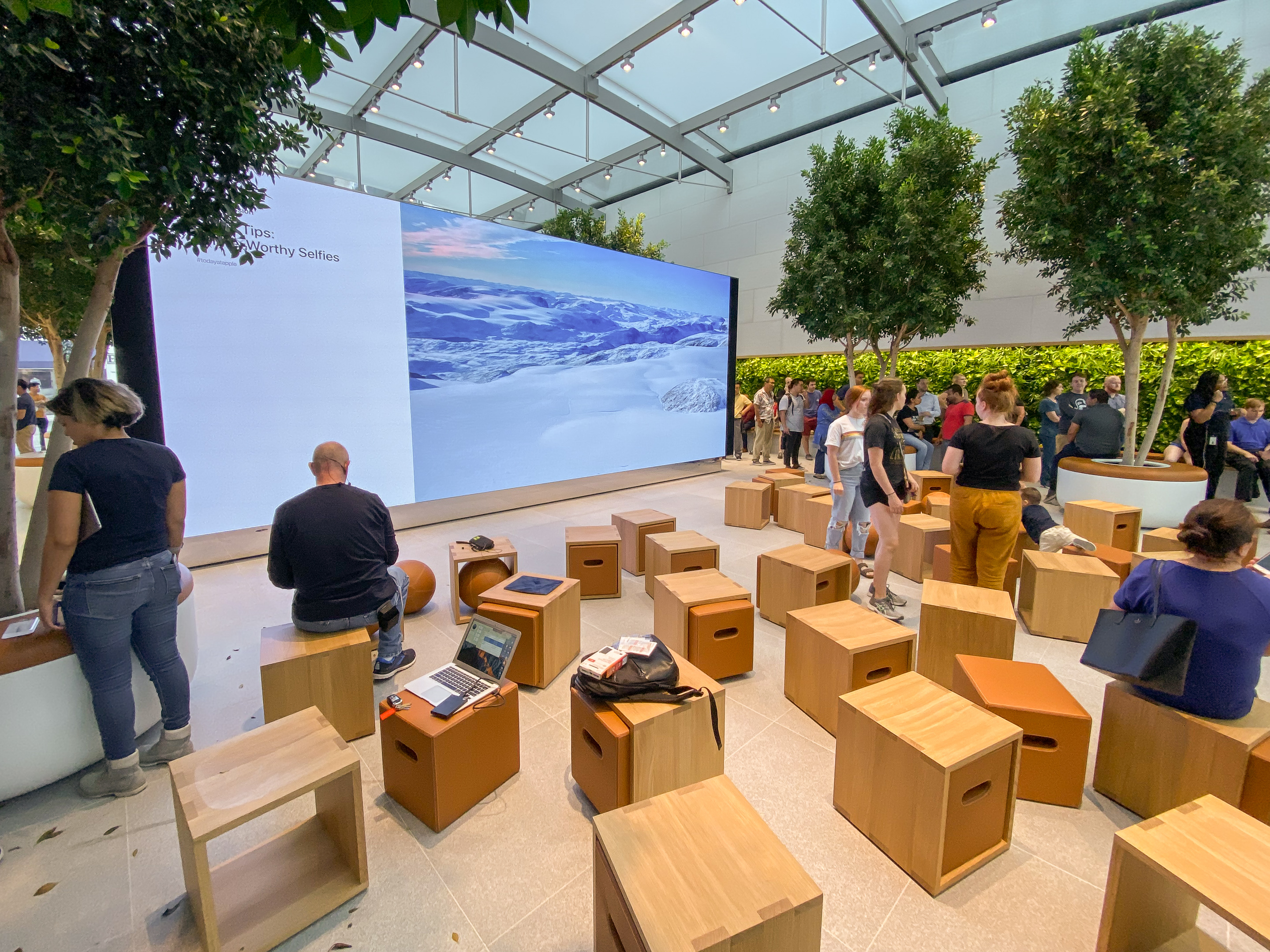 In Houston, Texas, Apple Highland Village is the third store in a series of high profile locations sharing a similar design language to receive a significant upgrade. A standalone video wall, Forum for Today at Apple sessions, and Avenue display shelving were added to bring the store in line with brand new locations. Indoor trees form a Genius Grove.

Last year, Apple Stores in Santa Monica and Palo Alto from the same era and sporting the same arched glass ceiling received their own updates. The changes foreshadowed what was to come in Houston, and may offer a preview of a future renovation to Apple Upper West Side in New York City. The multilevel store also features a similar overall design on its street-level floor. 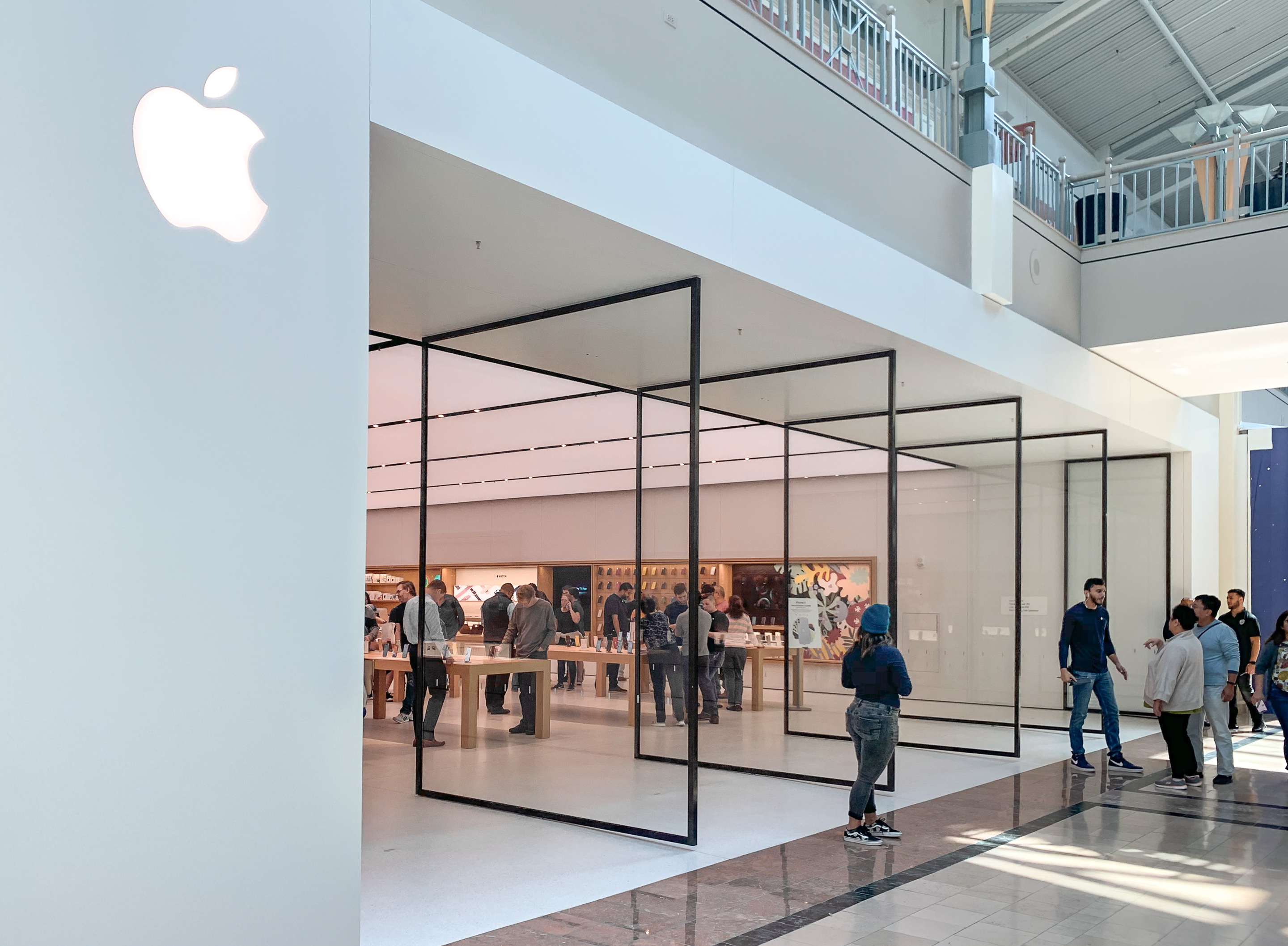 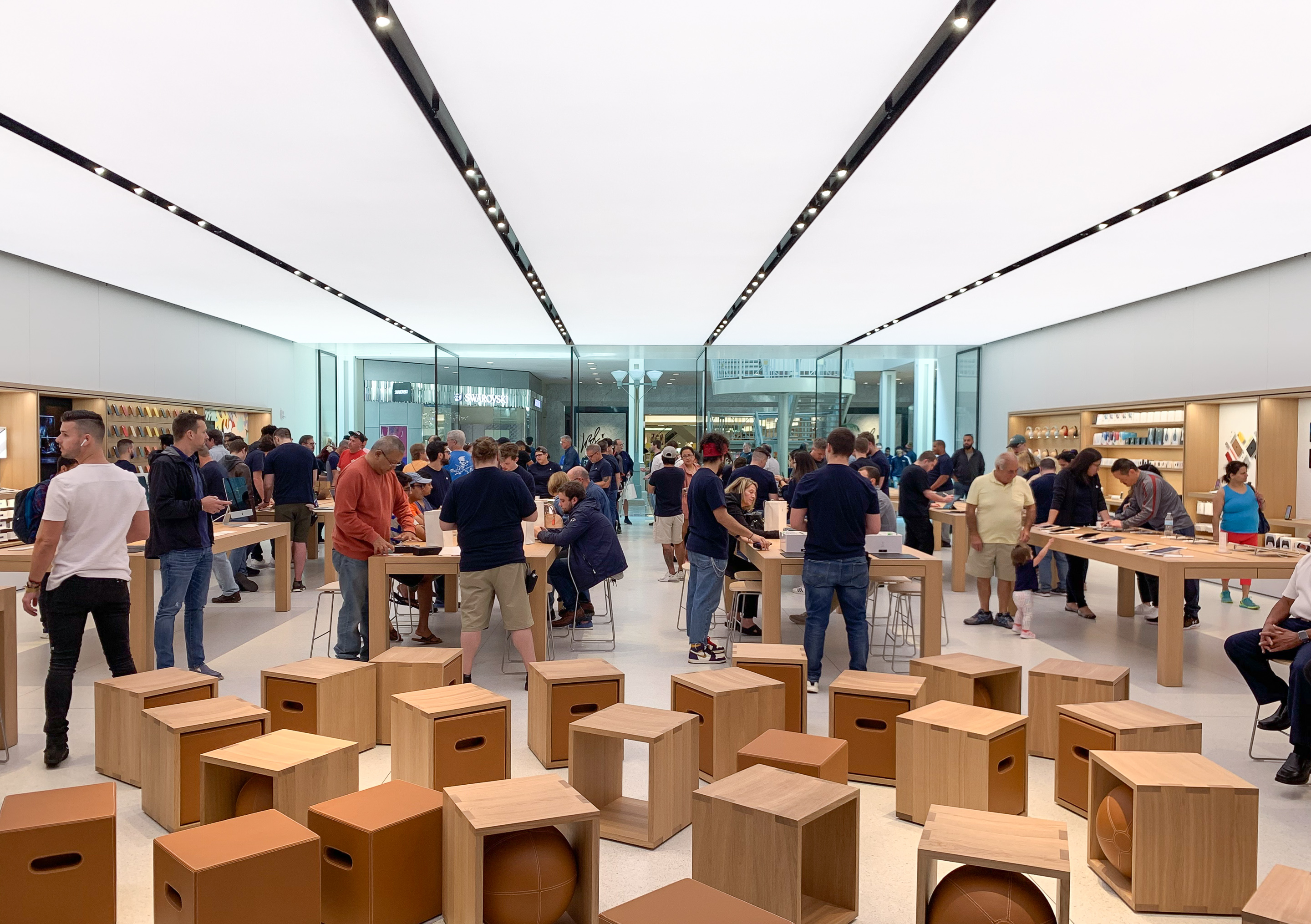 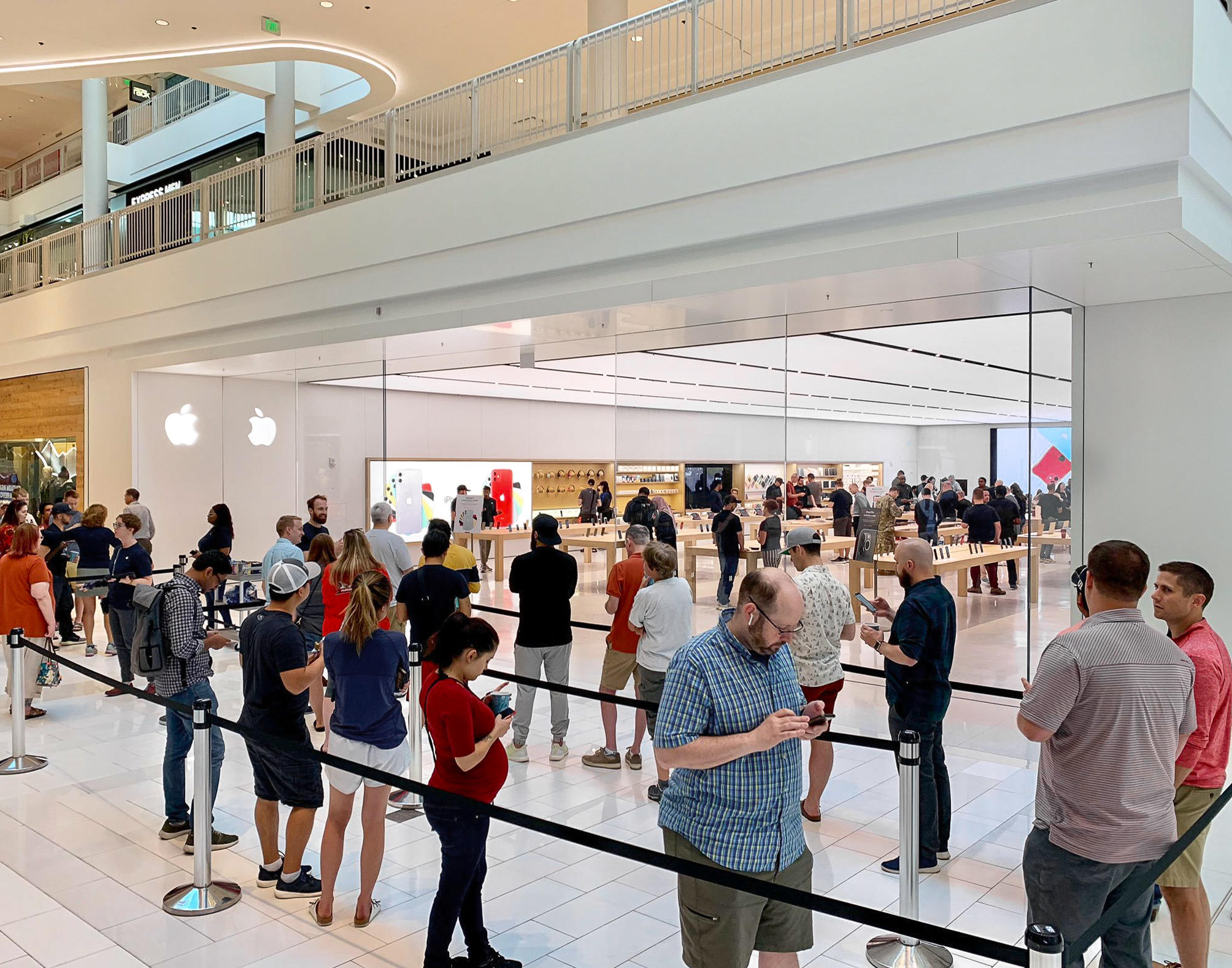 Photo via Mall of America.

After 18 years in the same very classic location, Apple Mall of America moved to the shopping center’s West Market, between Columbia and Aritzia. The store’s new design offers an uncommon twist on Apple’s typical indoor mall architecture with a glass corner for a better look inside. 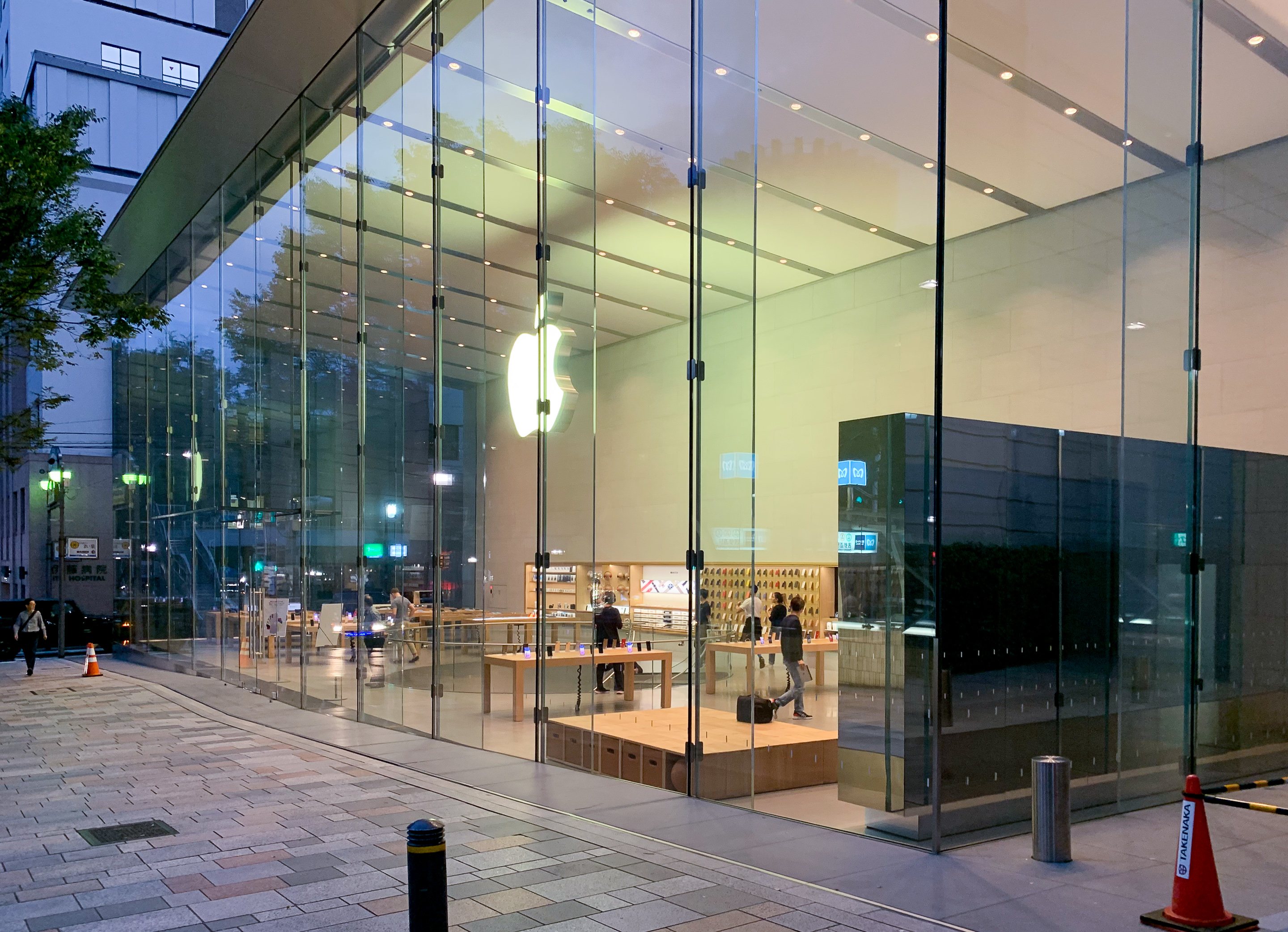 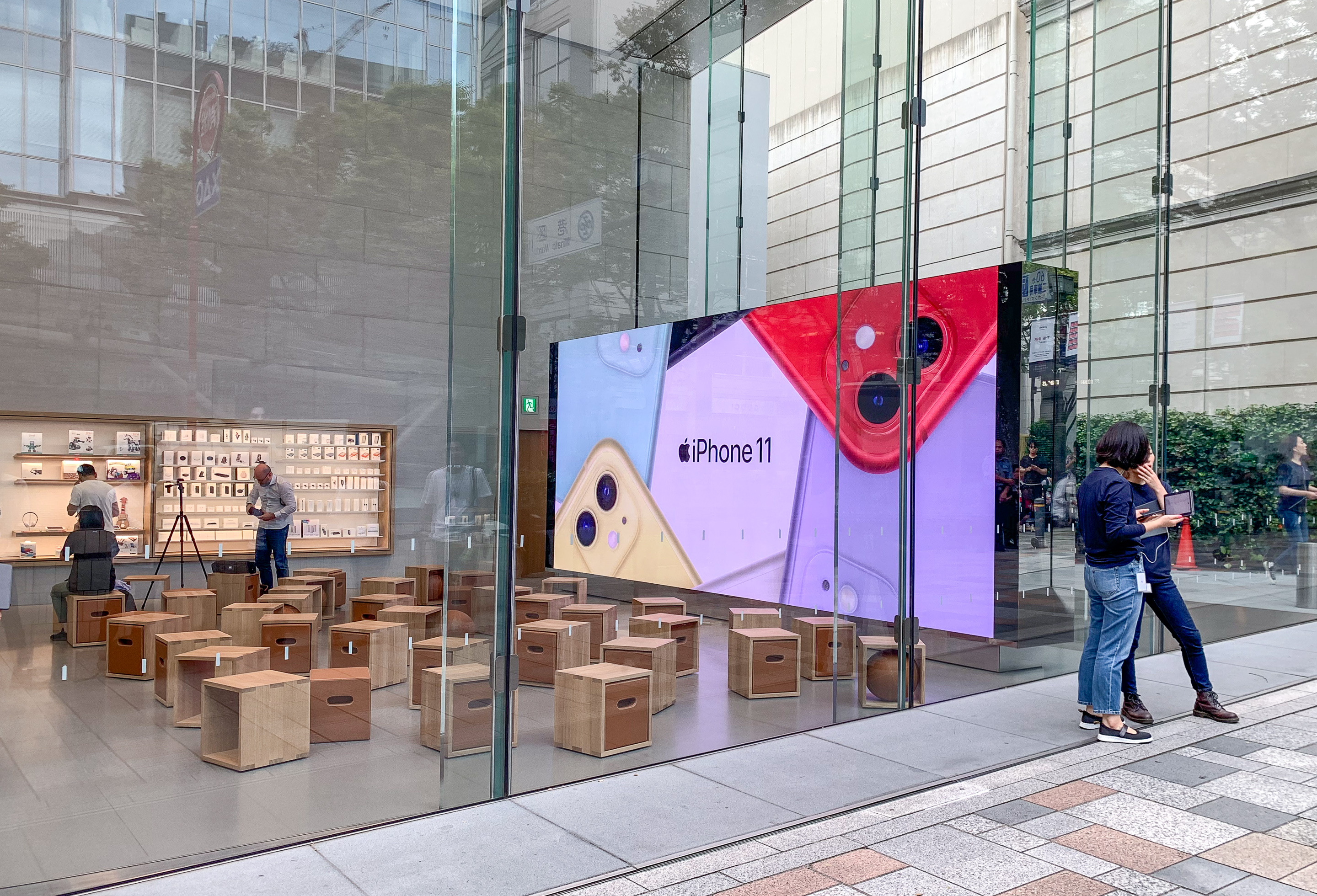 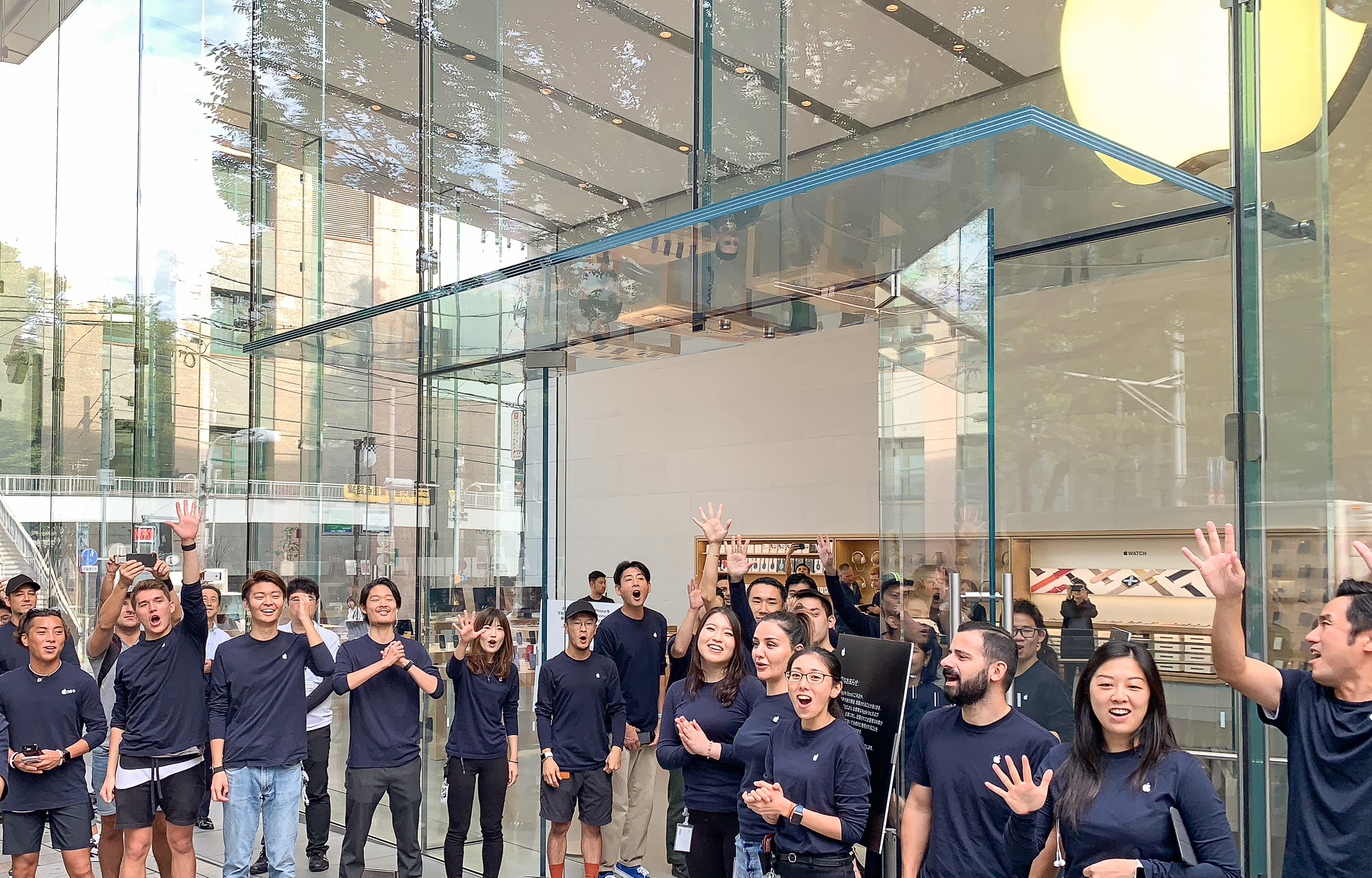 In Tokyo, Apple Omotesando’s renovation completed on the heels of a brand new store in the Marunouchi district. The changes are fairly comprehensive, with an all-new design for the lower level and a video wall and Forum upstairs on the right side of the store. The video wall’s unusual positioning is due to a glass spiral staircase just inside the entrance that prevents the Forum from taking center stage. Avenues now run the length of both floors. 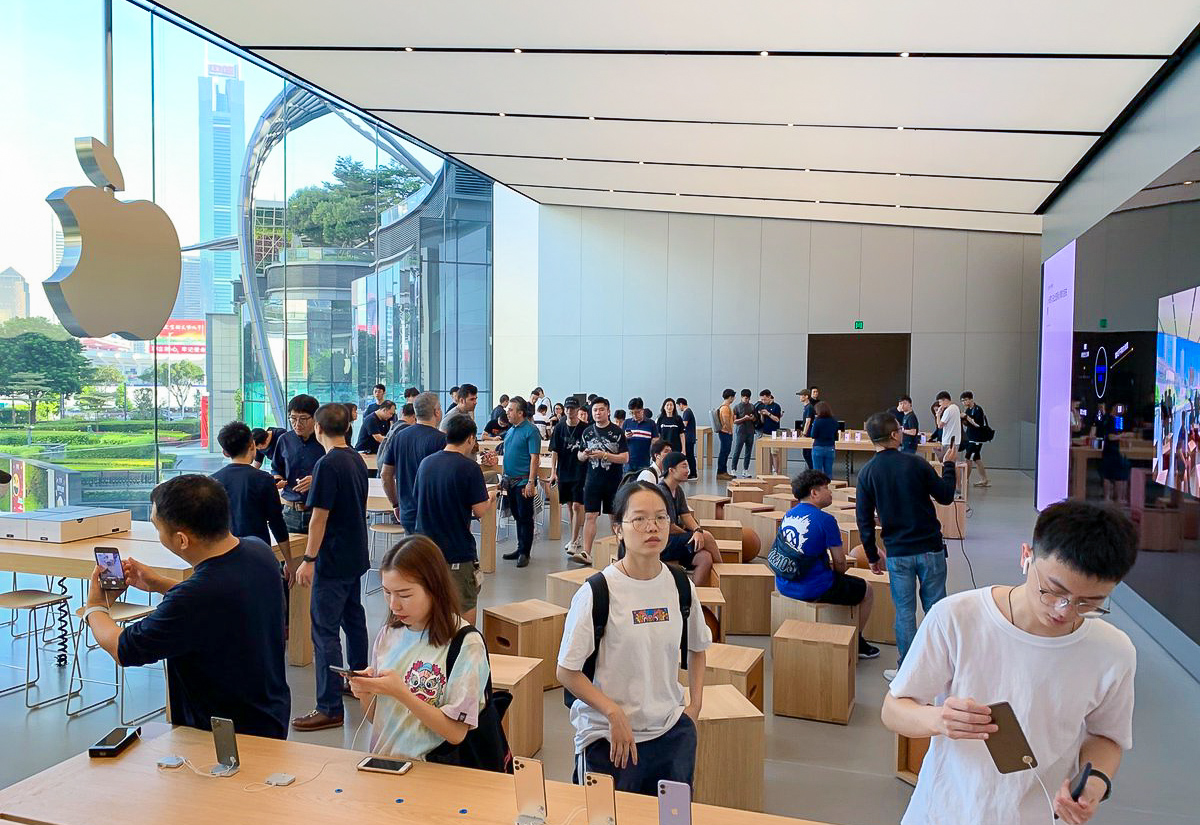 Like Omotesando, Apple Parc Central’s renovation was completed in two phases. The bottom floor was renovated to add Avenues before reopening to allow the upper level to close. Similar to the layout of San Francisco’s Apple Union Square, a video wall now resides upstairs and faces the expansive glass facade overlooking the rest of the mall.