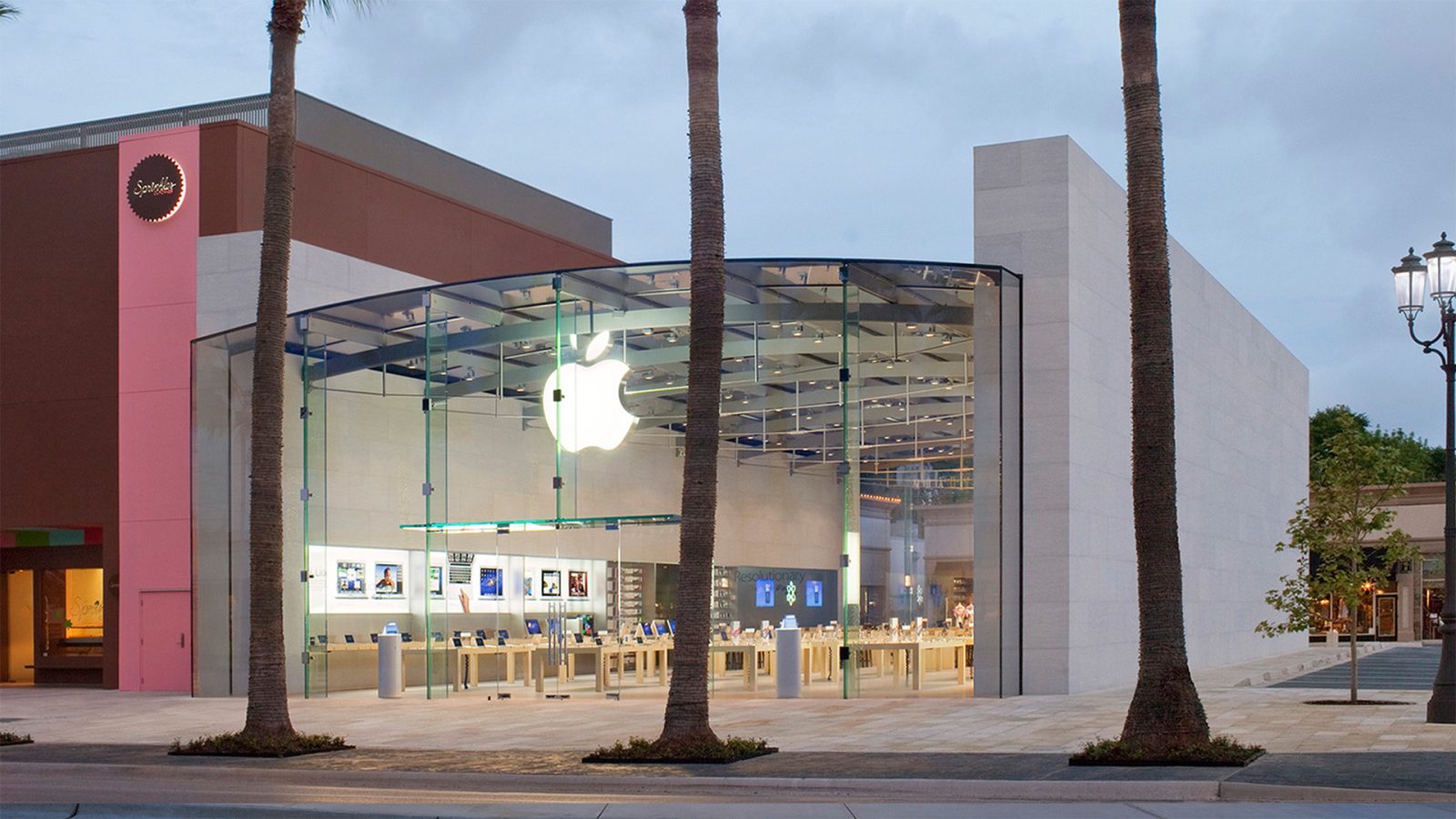 Apple’s most significant store in Texas is about to get an upgrade. Apple Highland Village will temporarily close on July 28 while interior remodeling work is completed.

Nearly two dozen classic Apple Stores have been remodeled in 2019 alone to add new fixtures, a video wall, and an open Forum with expanded seating for Today at Apple creative sessions. Houston’s Highland Village location is next on the list. Since most stores remain open during remodeling, we expect this upgrade to be more comprehensive and on par with recent renovations to Apple Pioneer Place in Portland, Oregon and Apple Bondi near Sydney, Australia, which added additional elements like indoor foliage or Avenue display shelving.

Apple Highland Village shares architecture with three other Apple Stores across the United States: Palo Alto, Third Street Promenade in Santa Monica, and Upper West Side in New York. Both Palo Alto and Third Street Promenade were remodeled in 2018 and retained their signature curved glass roofs and stone walls. The projects offer a glimpse at what residents in Houston have to look forward to.

However, the Highland Village store has entrances on two sides, meaning that placing a video wall against the rear of the store is not possible. Instead, it’s likely that Apple will choose to build a freestanding video wall. A similar plan is in the works for Apple Scottsdale Quarter in Arizona.

How long will the store be closed? Past projects set a precedent of 2-3 months of remodeling work, although the exact timeframe can vary. In the meantime, customers should visit Apple Houston Galleria or Apple Memorial City, both of which have already been remodeled.