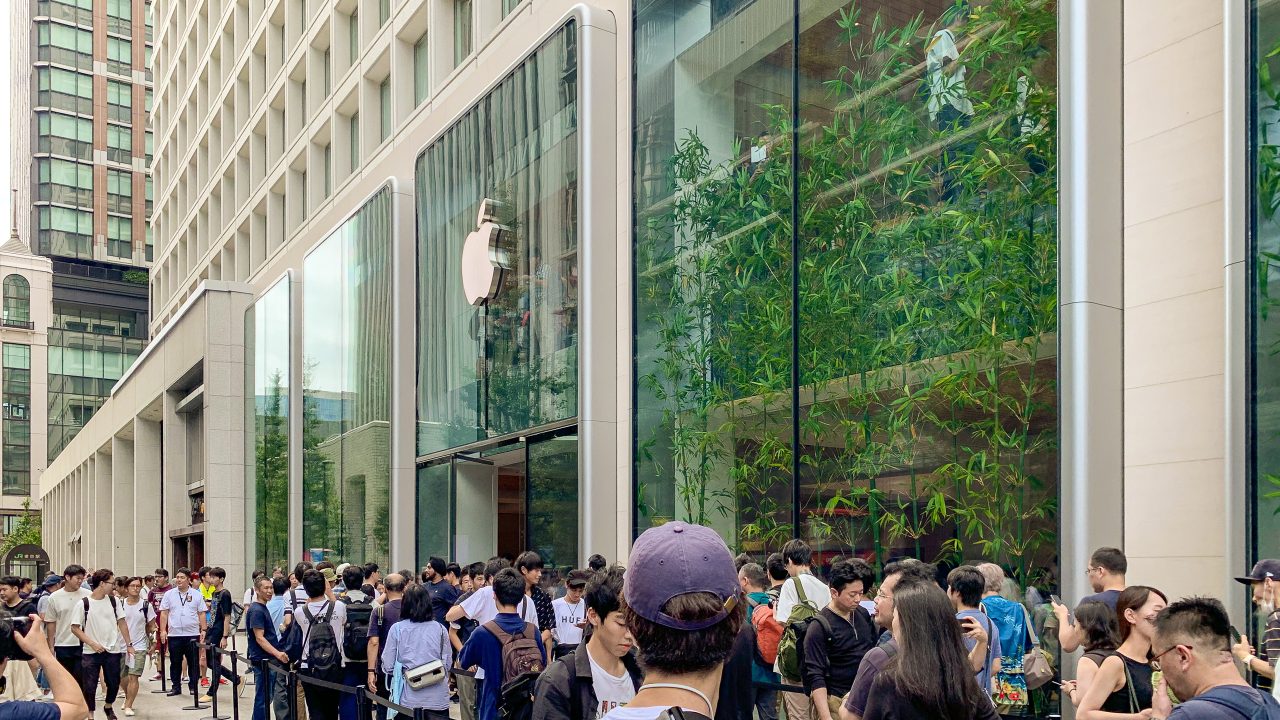 Apple Marunouchi has opened its doors in the heart of Tokyo. The new flagship store is Apple’s most expansive in Japan and leads an extravaganza of retail updates throughout the country set to be revealed this fall. Over 1,000 customers formed a line extending several city blocks for the store’s grand opening.

A curtain of bamboo quiets a bustling city street. Softly curved aluminum window frames front squared natural wood and plaster ceilings. Marunouchi is a store of contrasts. Apple’s latest space in Japan is also nearest its oldest store, Ginza. Side by side, the two locations tell the story of Apple’s retail architecture evolution. We previously highlighted the store’s new design and lineup of Today at Apple sessions, Tokyo Creative Guild, but the details go even further.

Facing Tokyo Station, Apple Marunouchi’s Forum and video wall for creative sessions welcome visitors to the store. Those who waited in line received a custom tote bag, enamel pin, and sticker with a transit-themed Apple logo as they walked through the doors. 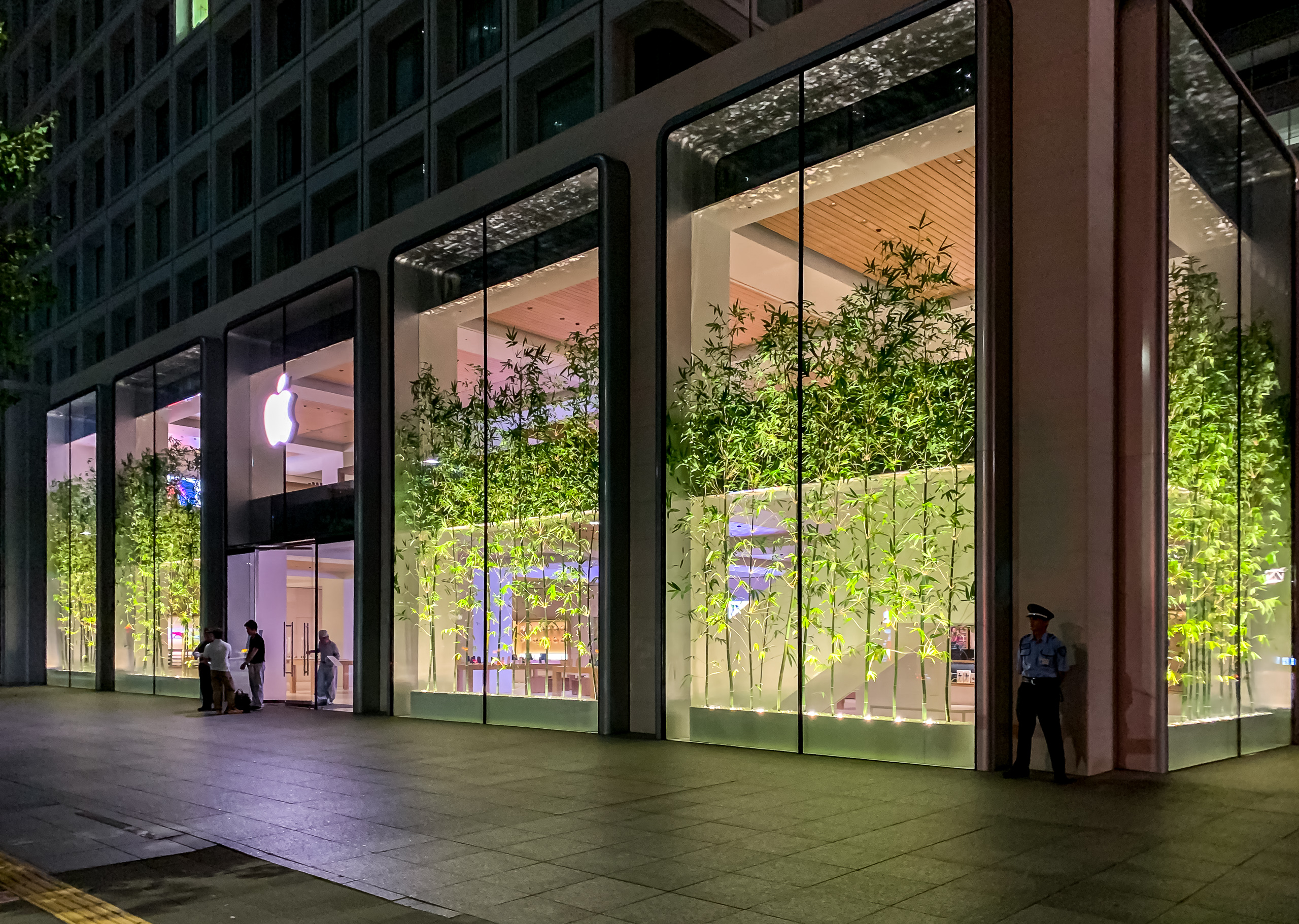 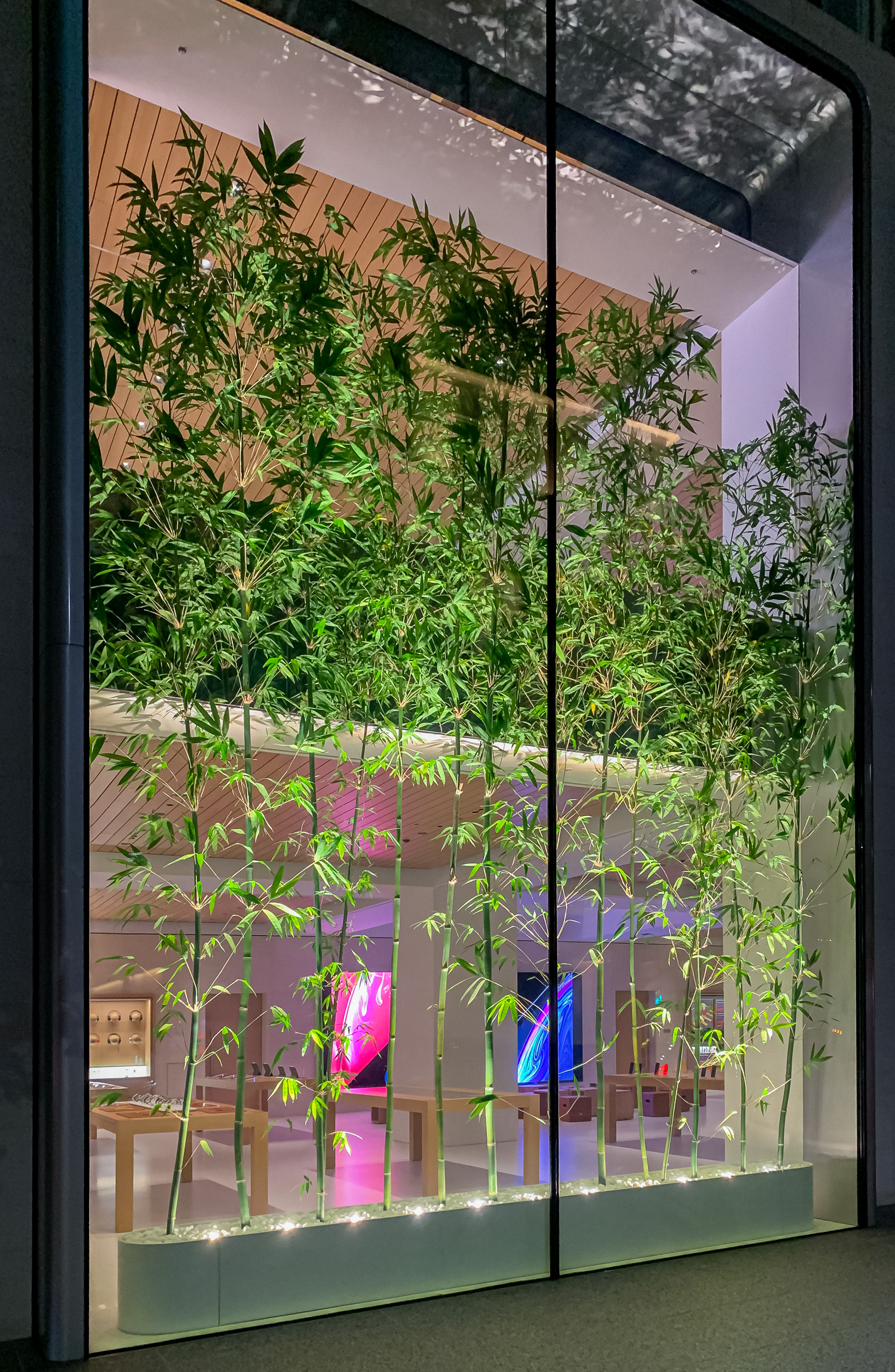 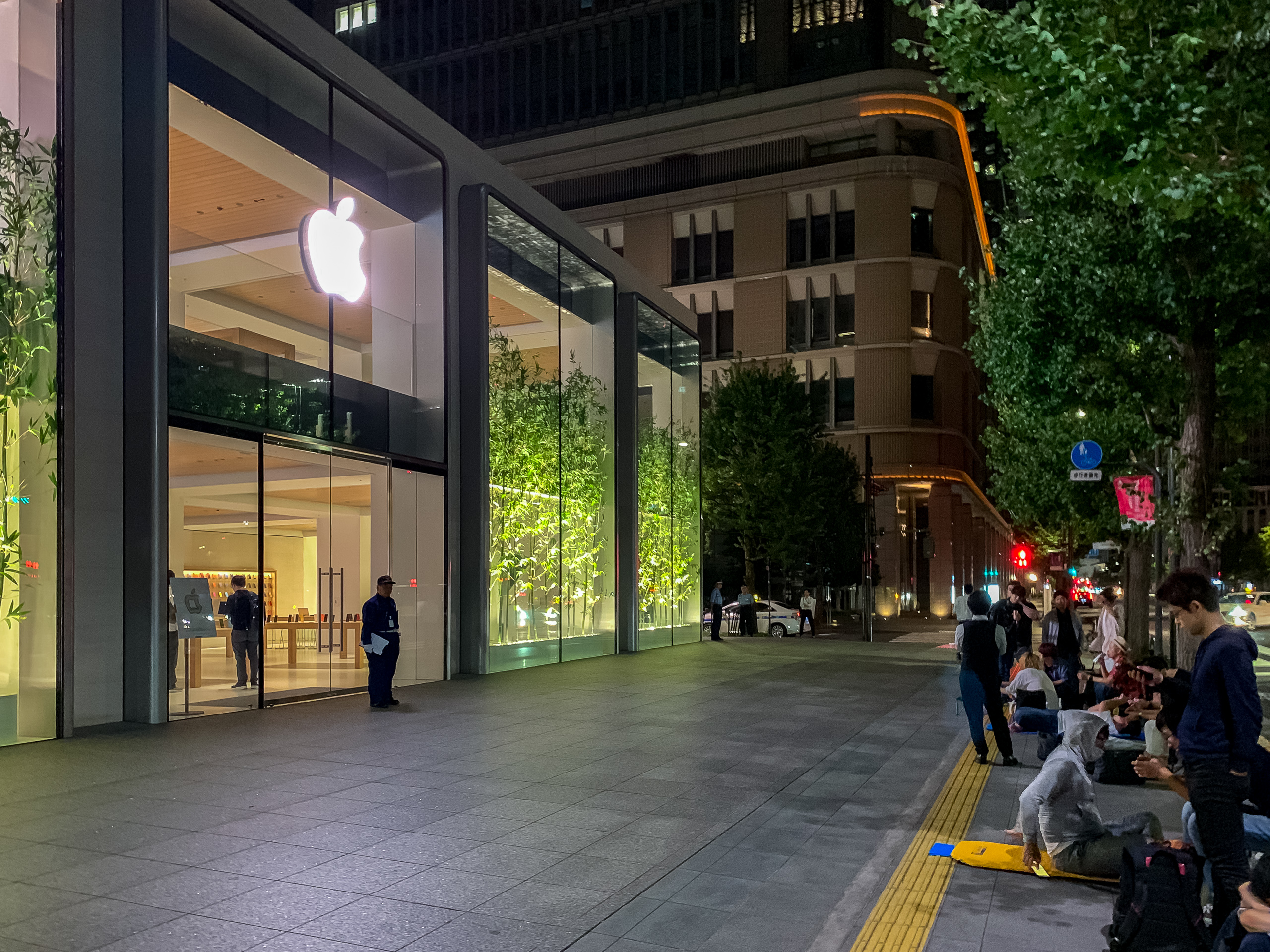 Seven double-height windows wrap both street sides of Apple Marunouchi. Rather than extending the store’s roofline beyond the windows, Apple has extruded the windows beyond the boundaries of the store with cast aluminum. Each window cavity is filled by a first-of-its-kind bamboo planter topped with white pebbles. Bamboo has appeared in just one other Apple Store — Cotai Central in Macau. 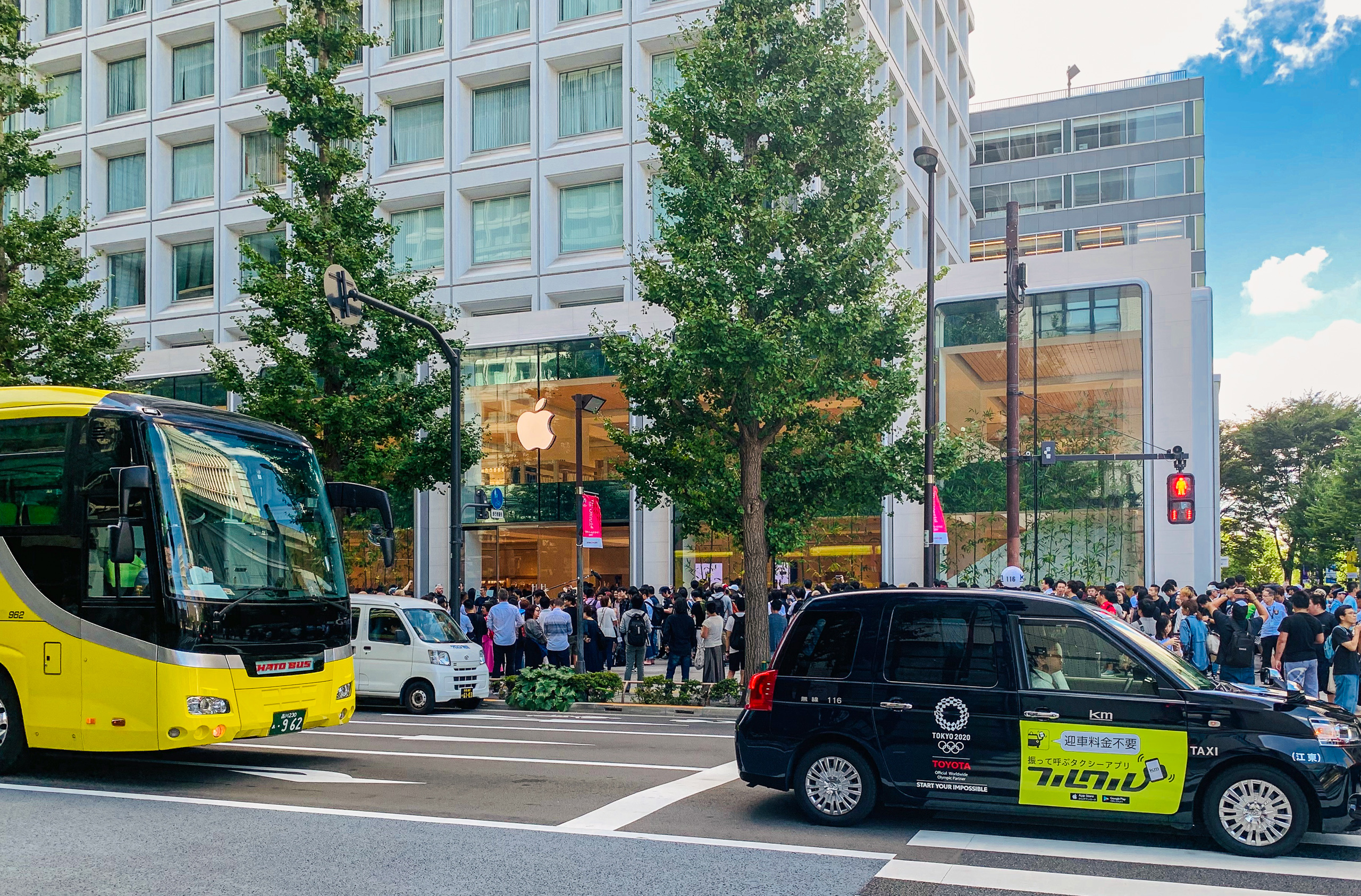 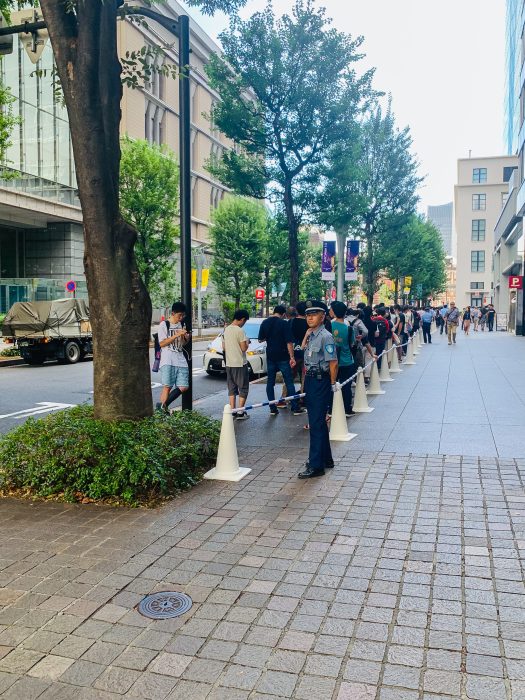 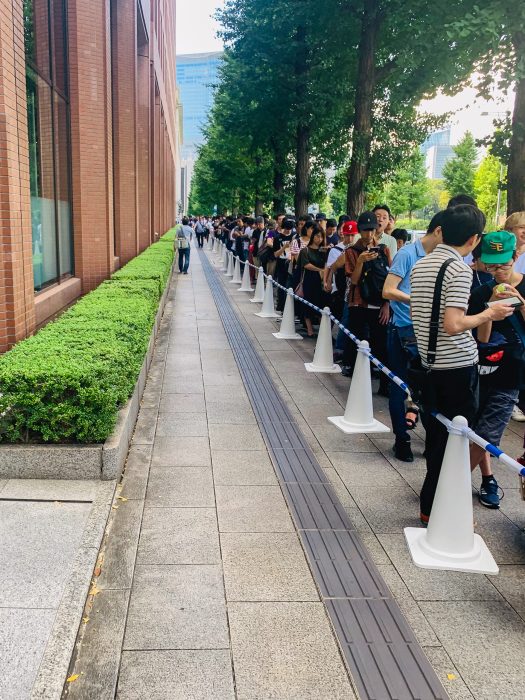 Both floors of the store are visually divided into a grid by plaster partitions intersecting a planked ceiling. The design references the gridded facade of the Mitsubishi Building Apple occupies. Marunouchi is a business district, so it’s fitting that access to the store’s Boardroom is immediately right of the video wall. 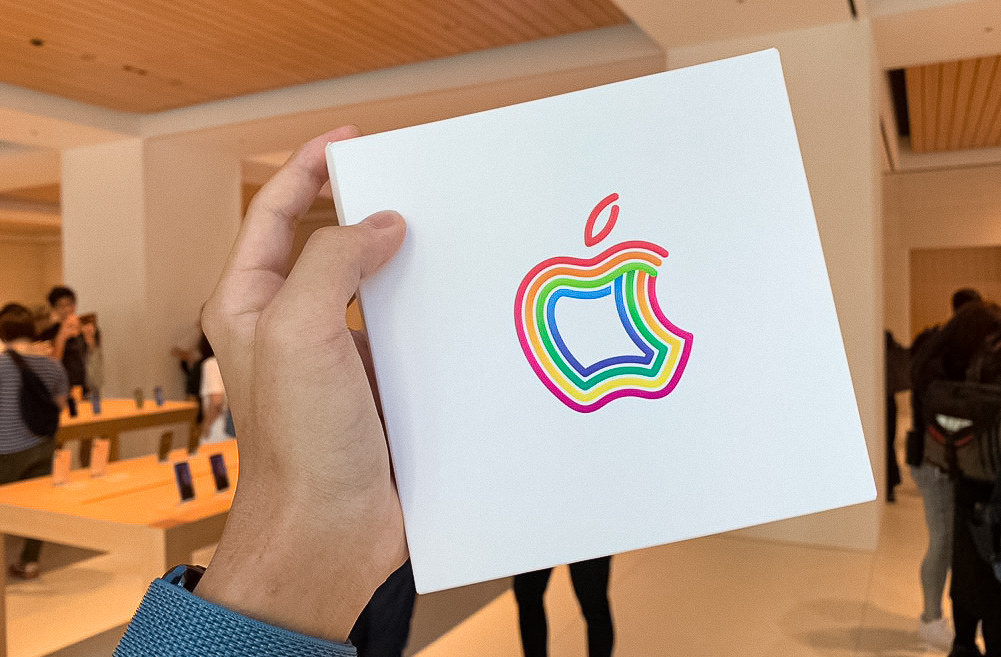 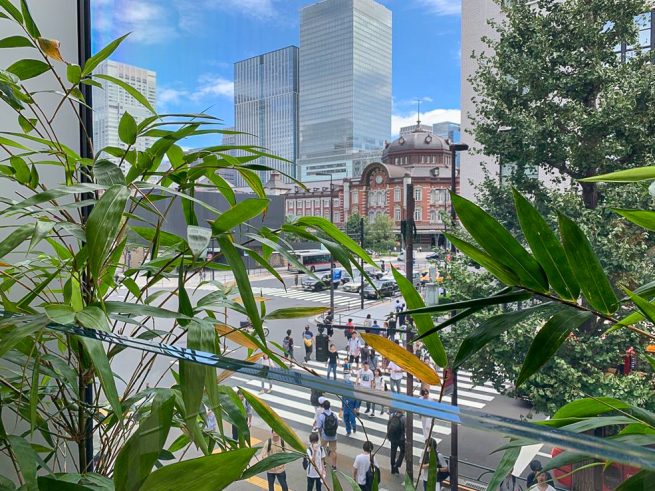 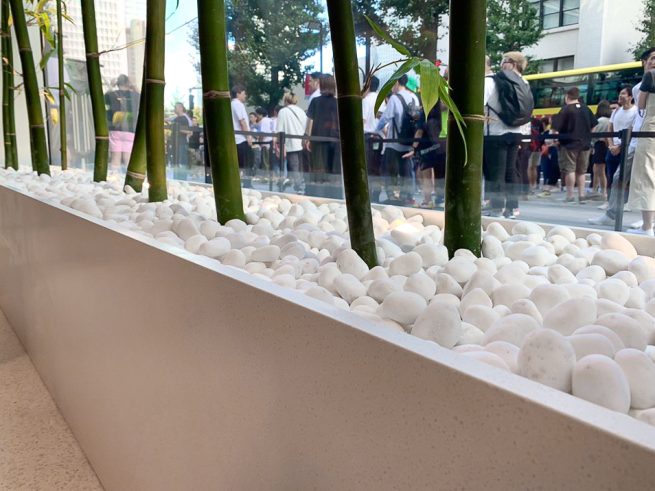 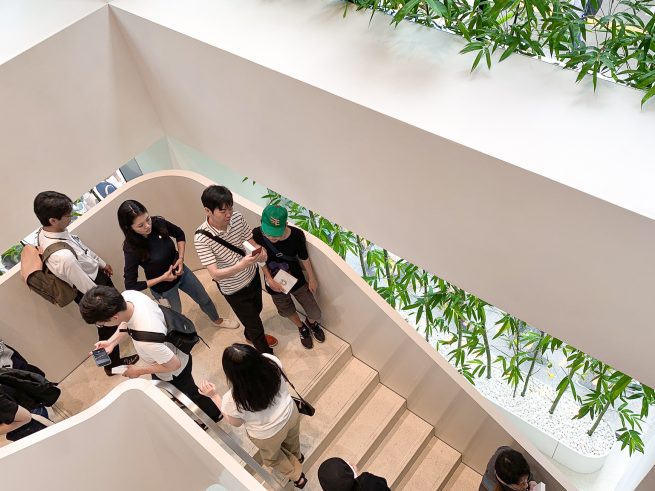 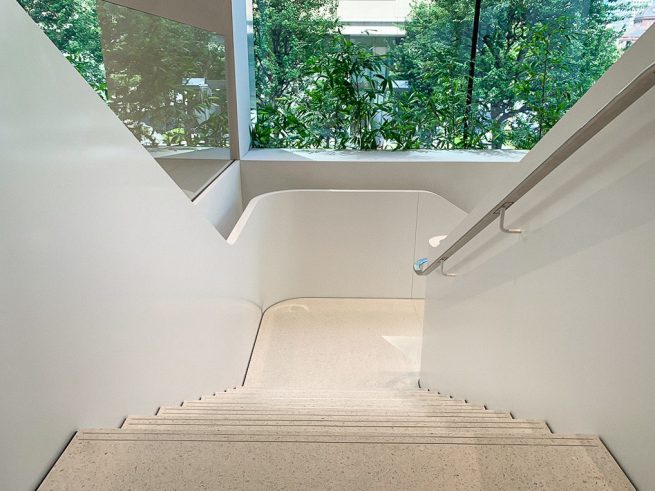 Nearest the sidewalk, a sculptural staircase connects the store’s upper and lower levels. Smooth white marble evokes the style of stairs used at Apple Park Visitor Center and Apple Xinyi A13 in Taipei, but the fixture omits an integrated handrail for a more compact design. 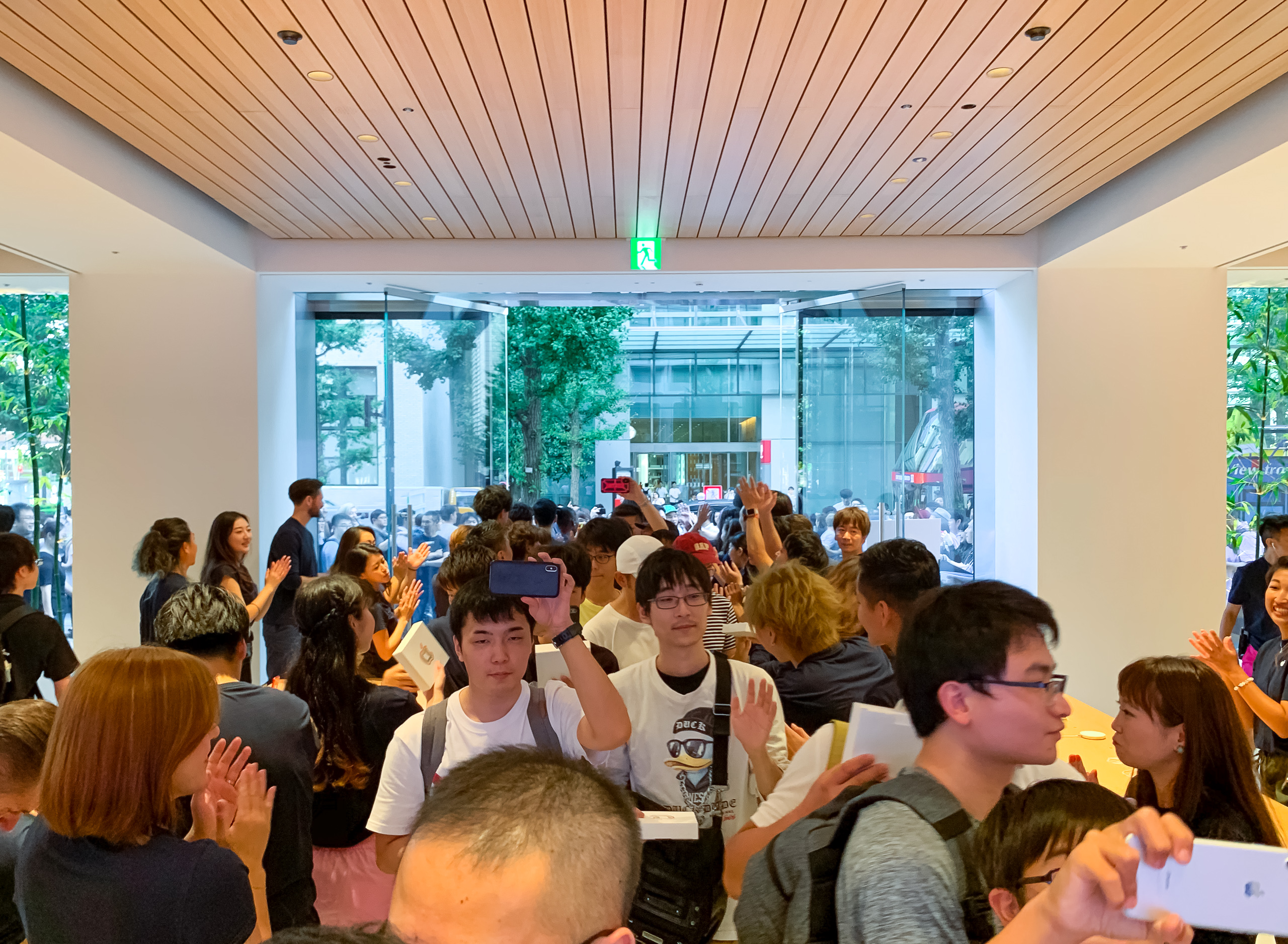 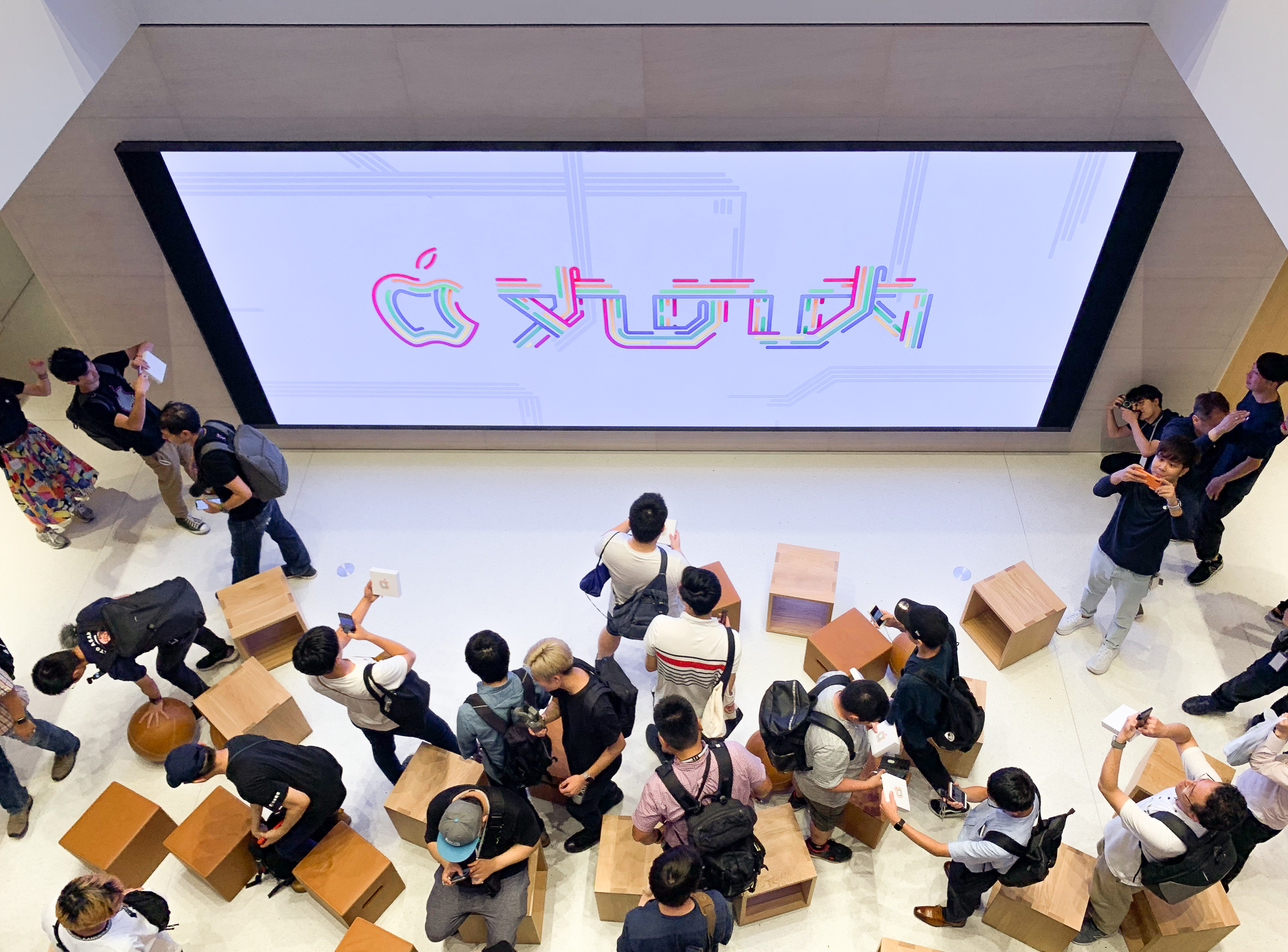 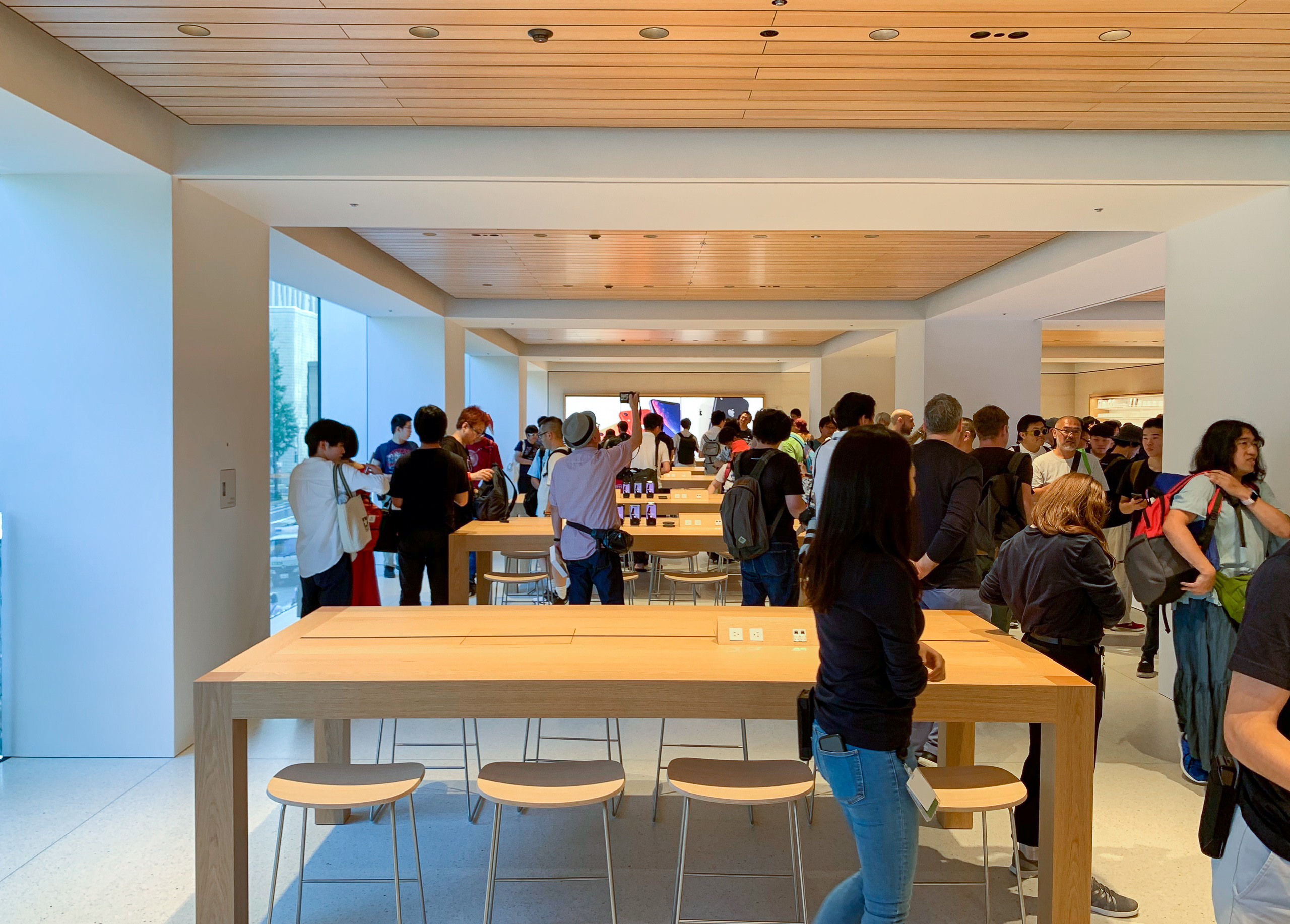 Upstairs, tables for support fill the majority of the floor, save for an open balcony overlooking the Forum below. Like at Apple Shibuya, the store’s massive brushed metal Apple logo hangs within arm’s reach over the front door. Bamboo from the planters below reaches just above the floor of the second level. 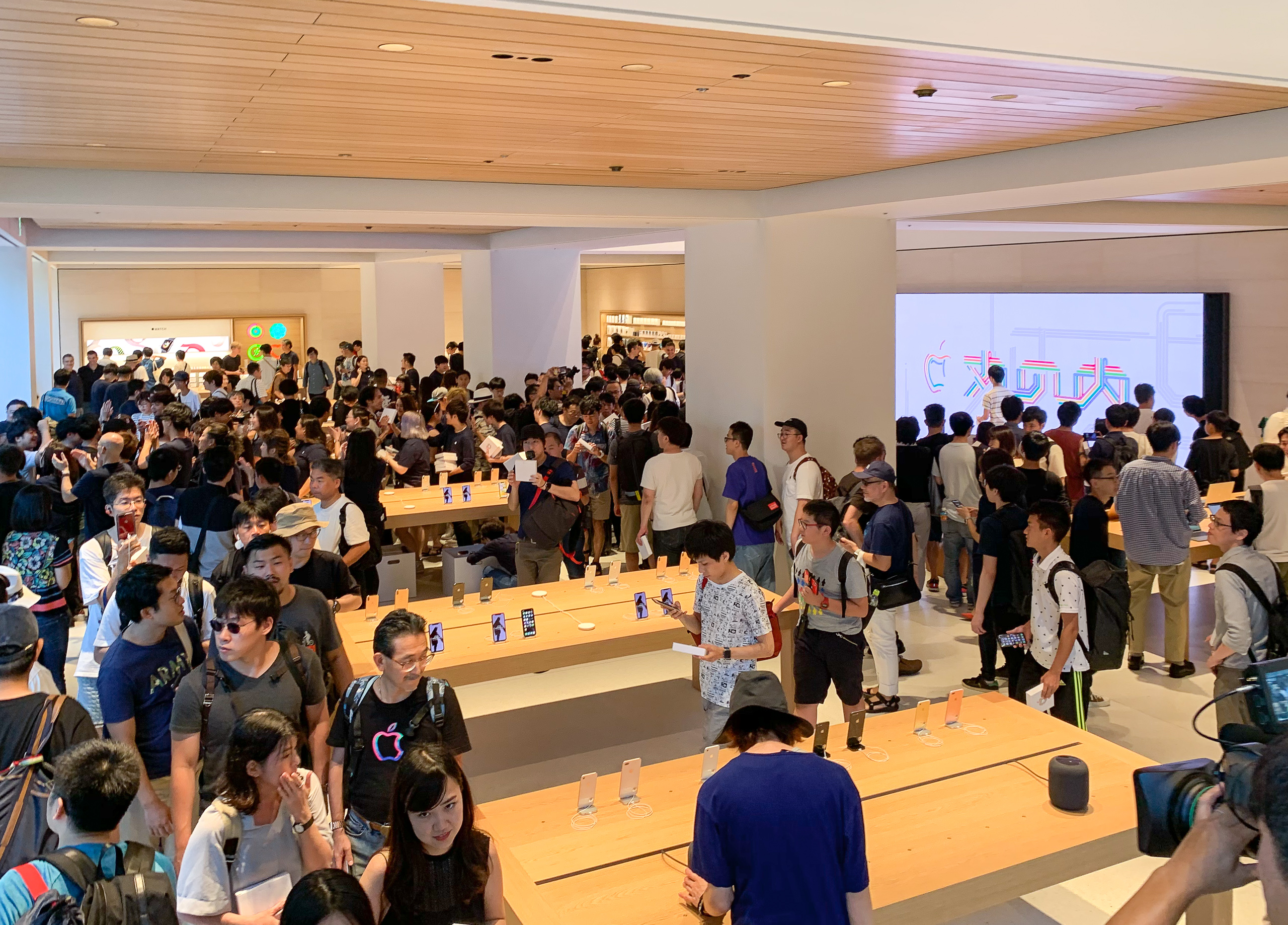 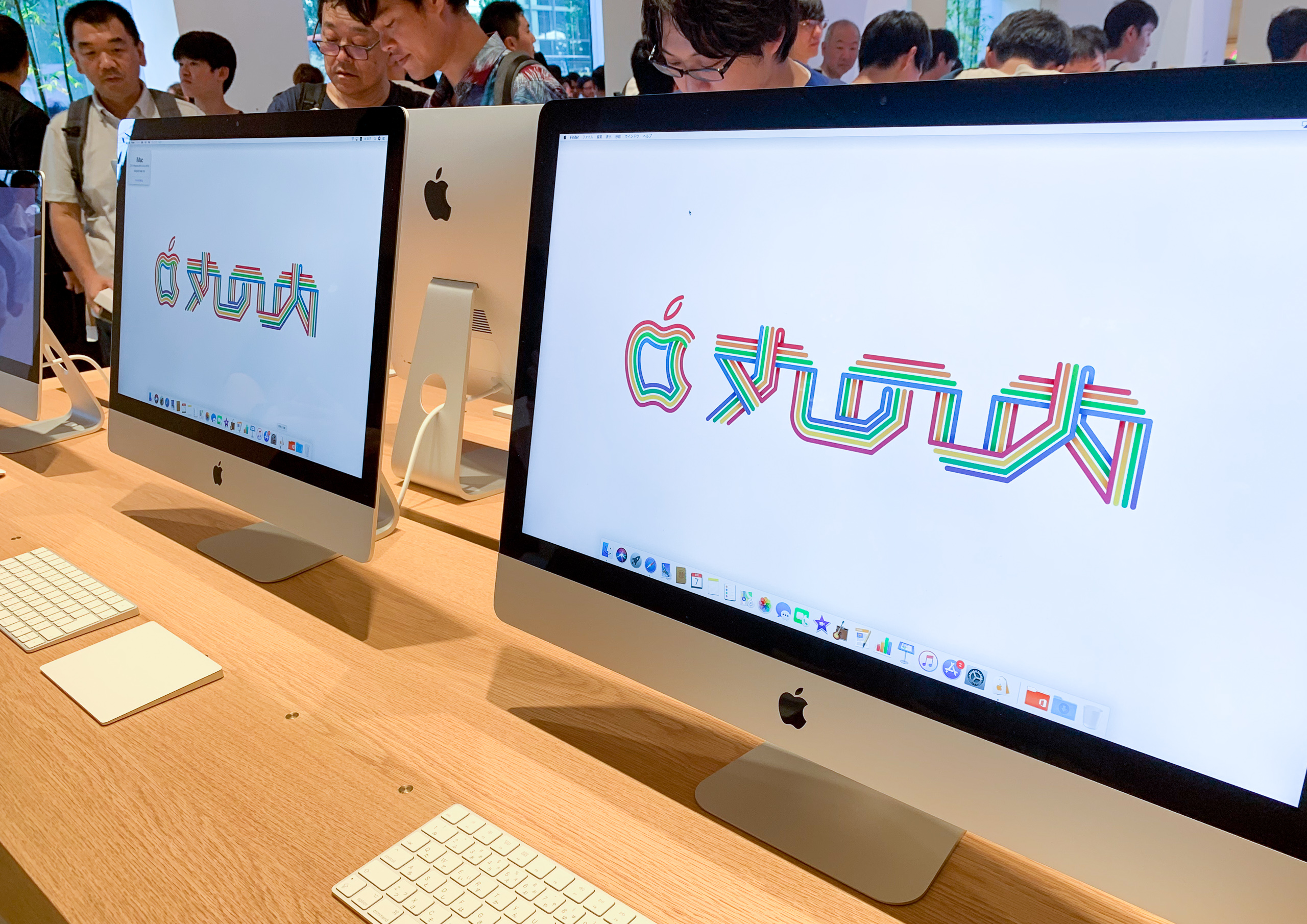 Next up for Japan? Crews at Apple Omotesando in Tokyo are busy putting the final touches on a contemporary redesign. The store’s underground level is already complete and reopened in July. In Fukuoka, Apple will relocate its classic location before the end of September. One more surprise is still in store. Japan’s busy schedule is only part of the story. In the U.S., Apple Altamonte celebrated its reopening and Apple Fifth Avenue’s glass cube is set to return shortly. Even more store U.S. openings are planned for September.