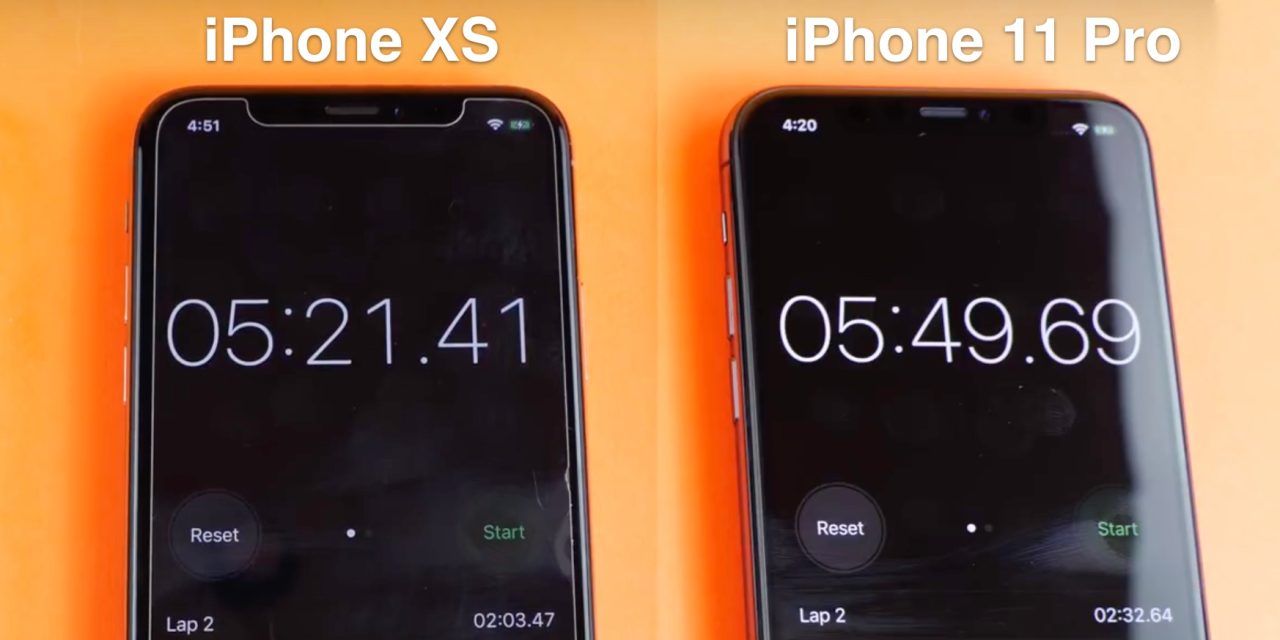 The iPhone 11 and iPhone 11 Pro boasts a 20% faster processor on paper, but how does that translate into real-world use? Not great at least running iOS 13.0 when compared to the iPhone XS.

App launch speed tests aren’t the be all and end all, but they give a reasonable stress test overview that it is at least less synthetic than Geekbench scores. In EverythingApplePro’s video, the iPhone XS actually beat the iPhone 11 Pro by thirty seconds …

The app launch speed test standard, which has become ever so popular on YouTube these days, is to launch a series of apps in succession. Then, repeat for a second round opening each app again. The first round tests raw power and the second round highlights how well the phones can keep apps alive in memory. If a phone can keep all apps in RAM at once, it speeds through the second round. Otherwise, it has to launch them all over again.

Remember, that the iPhone XS and iPhone 11, Pro or non-Pro, share the same amount of RAM: 4 GB. So why did the XS manage to keep more apps in memory at a time? The answer isn’t clear but there are likely software bugs in iOS 13.0 that are impacting the 11’s performance.

EverythingApplePro’s test includes opening the Apple Camera app, which has been redesigned for the iPhone 11 exclusively. It’s possible that the iPhone 11’s Camera app uses a lot more memory than earlier versions, causing additional memory pressure. I noticed this too with my iPhone 11 Pro.

With better optimization, the 11 should easily win a speed test fight with the XS as the underlying processor is about 20% faster. Hopefully, Apple can improve iOS with forthcoming software updates to make it at least rival the results of the year-old XS. On that note, iOS 13.1 ships on Tuesday which is expected to include a lot of bug fixes.