2019 Mac Pro will be made in United States after facing Trump tariff uncertainty, doubles American-made component value over last model 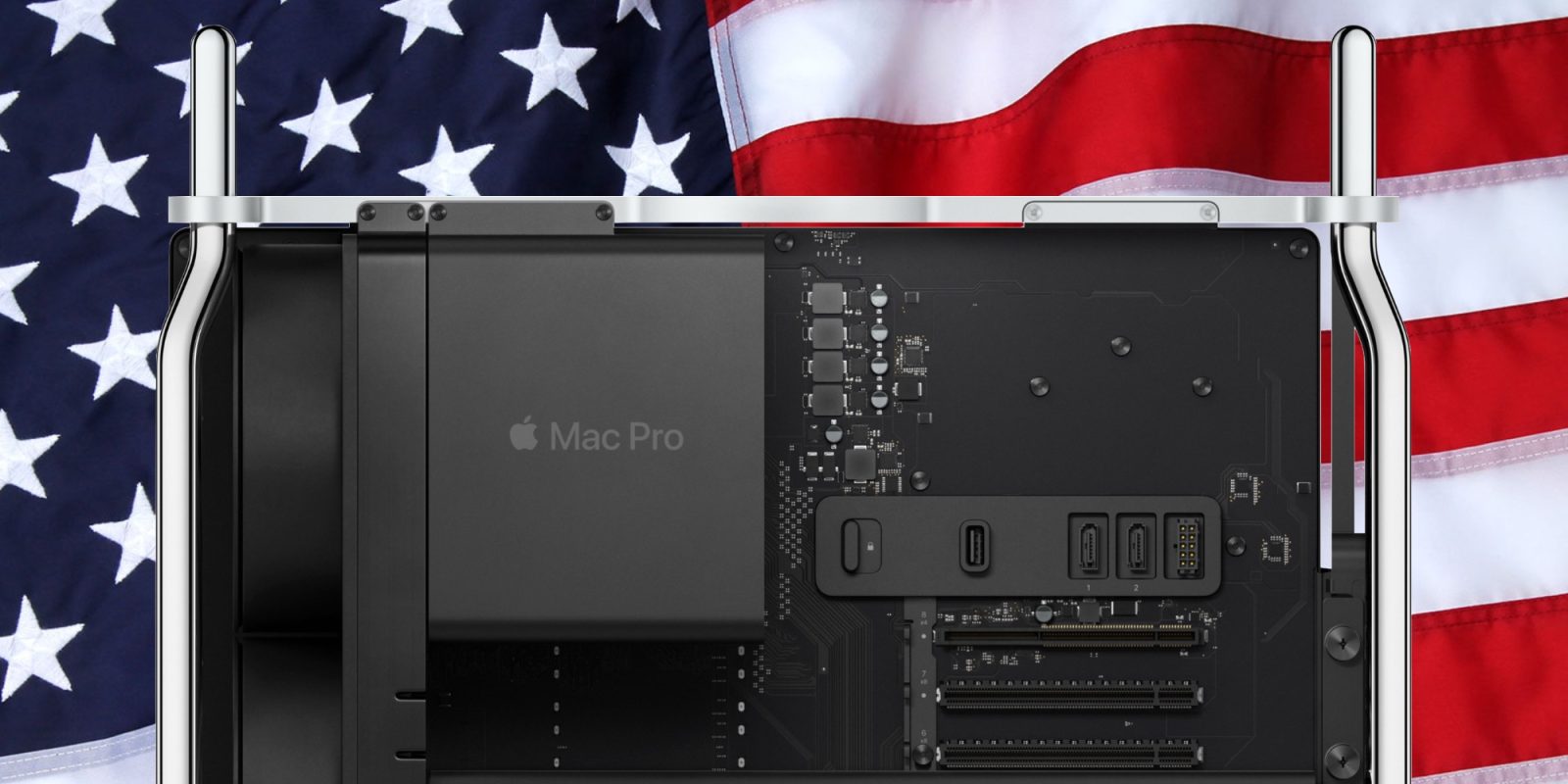 Apple’s tremendously capable new Mac Pro has been in the headlines all summer, but not just for its raw power and modularity. Instead, the attention has focused on something much less fascinating: tariffs.

Will it be assembled in the US like the 2013 model it replaces? Will it cost Apple more to build it in China and import it to the United States? Might it be exempt from President Trump’s China tariffs? After a whirlwind of reporting all summer, we believe we finally have a definitive answer.

Apple is announcing today that its new super high-end pro machine will be made in the great state of Texas after all. Apple will actually be using the same manufacturing facility in Austin, Texas, that was used to assemble the previous Mac Pro model since 2013.

The redesigned Mac Pro components and assembly will represent a larger American investment than the last Mac Pro however. Apple says the value of American-made components is “2.5 times greater” in the 2019 Mac Pro compared to the 2013 model.

When reached for comment, Texas Governor Greg Abbott expressed gratitude toward Apple for its manufacturing plans.

“Apple’s latest investment is a testament to Texas’ unrivaled workforce and premier business climate. Our state’s economy is thriving as the tech and manufacturing sectors continue to expand. I am grateful for Apple’s commitment to creating jobs in Texas, and will continue to promote fiscal and regulatory policies that encourage investment in our state and benefit future generations of Texans.”

Texas won’t be the only American state with a 2019 Mac Pro footprint either. Apple credits over a dozen US companies and manufacturers and suppliers across eight states with help creating the American-assembled Mac Pro for US customers:

“The Mac Pro is Apple’s most powerful computer ever and we’re proud to be building it in Austin. We thank the administration for their support enabling this opportunity,” said Tim Cook, Apple’s CEO. “We believe deeply in the power of American innovation. That’s why every Apple product is designed and engineered in the US, and made up of parts from 36 states, supporting 450,000 jobs with US suppliers, and we’re going to continue growing here.”

The company also acknowledges the reported exemption needed to import non-American components used in the US-manufactured machine, which explains the confusion between the President’s message and reporting that followed:

The US manufacturing of Mac Pro is made possible following a federal product exclusion Apple is receiving for certain necessary components.

The starting price for Apple’s redesigned Mac Pro is also higher this time — from $2999 to $5999 — but not simply because it’s made in America. Apple is targeting professionals who need the absolute highest computer power for work with the 2019 Mac Pro. Apple has since introduced a high-end version of the iMac desktop computer called the iMac Pro that addresses many of the needs of the previous Mac Pro model.

Apple unveiled the redesigned Mac Pro in June at WWDC alongside the high-end Apple Pro Display XDR. Both products will ship before the end of the year.