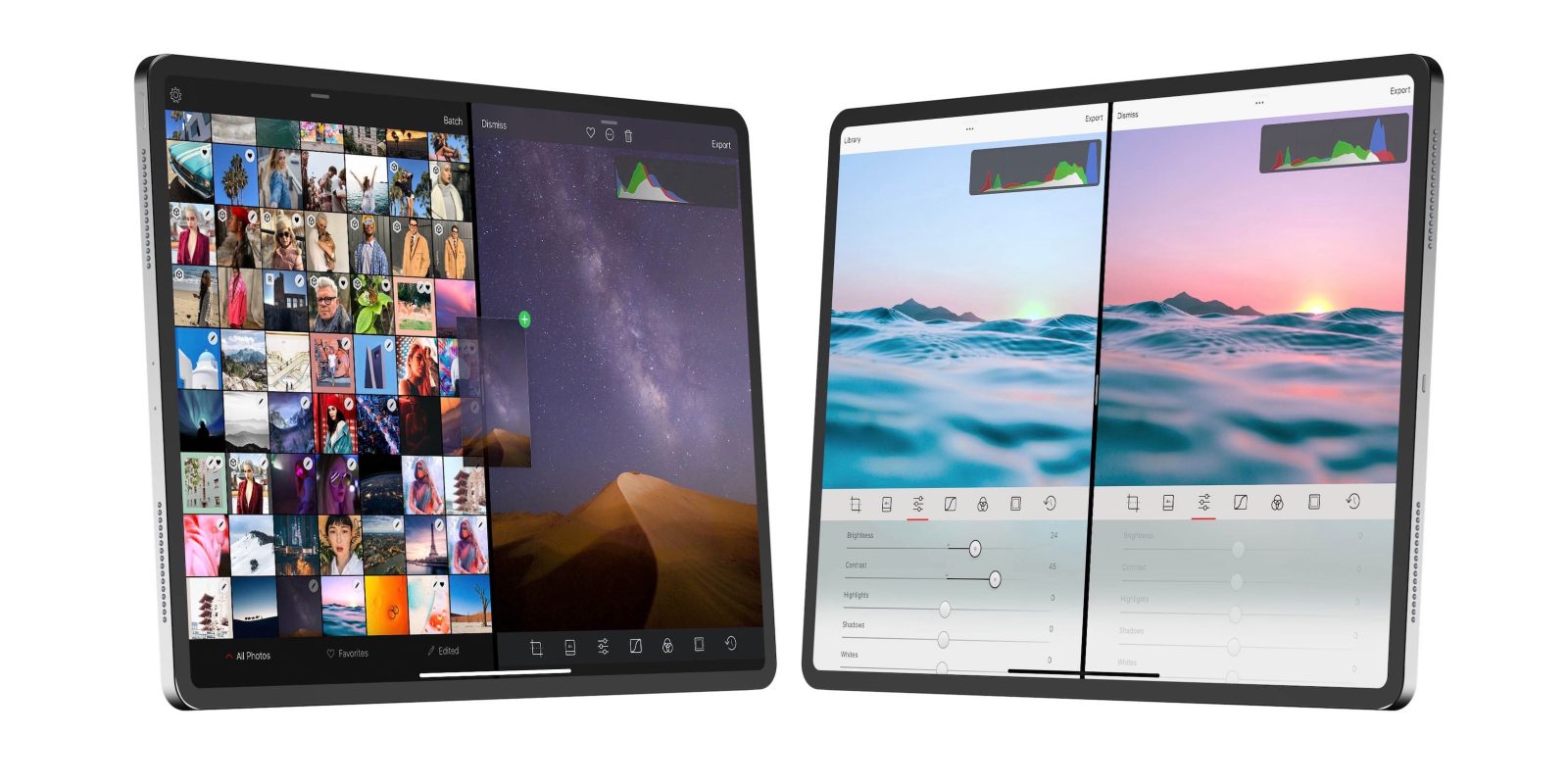 Darkroom is a powerful photo editing app for iPhone and iPad that brings advanced editing features to everyone. The app has today been updated with a new Light Mode, improvements to the iPad experience, Siri Shortcuts integration, and much more.

While the focus of many applications right now is adding support for Dark Mode in iOS 13, Darkroom is going the opposite direction. Today’s update adds a new Light Mode to the app to complement the dark interface it has featured since launch. This means that when your iOS 13 and iPadOS 13 devices switch between light and dark, so will Darkroom.

In addition to the aesthetic of Light Mode, the Darkroom developer say switching between light and dark interfaces can influence your perception of the images you’re editing.

Meanwhile, the new Darkroom update further enhances the iPad experience in conjunction with the launch of iPadOS. With multi-window support, for instance, you can now view two instances of Dark Room side-by-side. Here are three ways that’s useful:

The photo editor also now integrates with the Shortcuts app thanks to a new Siri Shortcut Action for Darkroom. You can take advantage of this in numerous different ways, but one way specifically highlighted by Darkroom is for a Shortcut that selects the photos you favorited today, applies the A200 filter, and prepares Darkroom for exporting.

You can read more about the update in Darkroom’s announcement post here. The app is available on the App Store as a free download with in-app purchases.