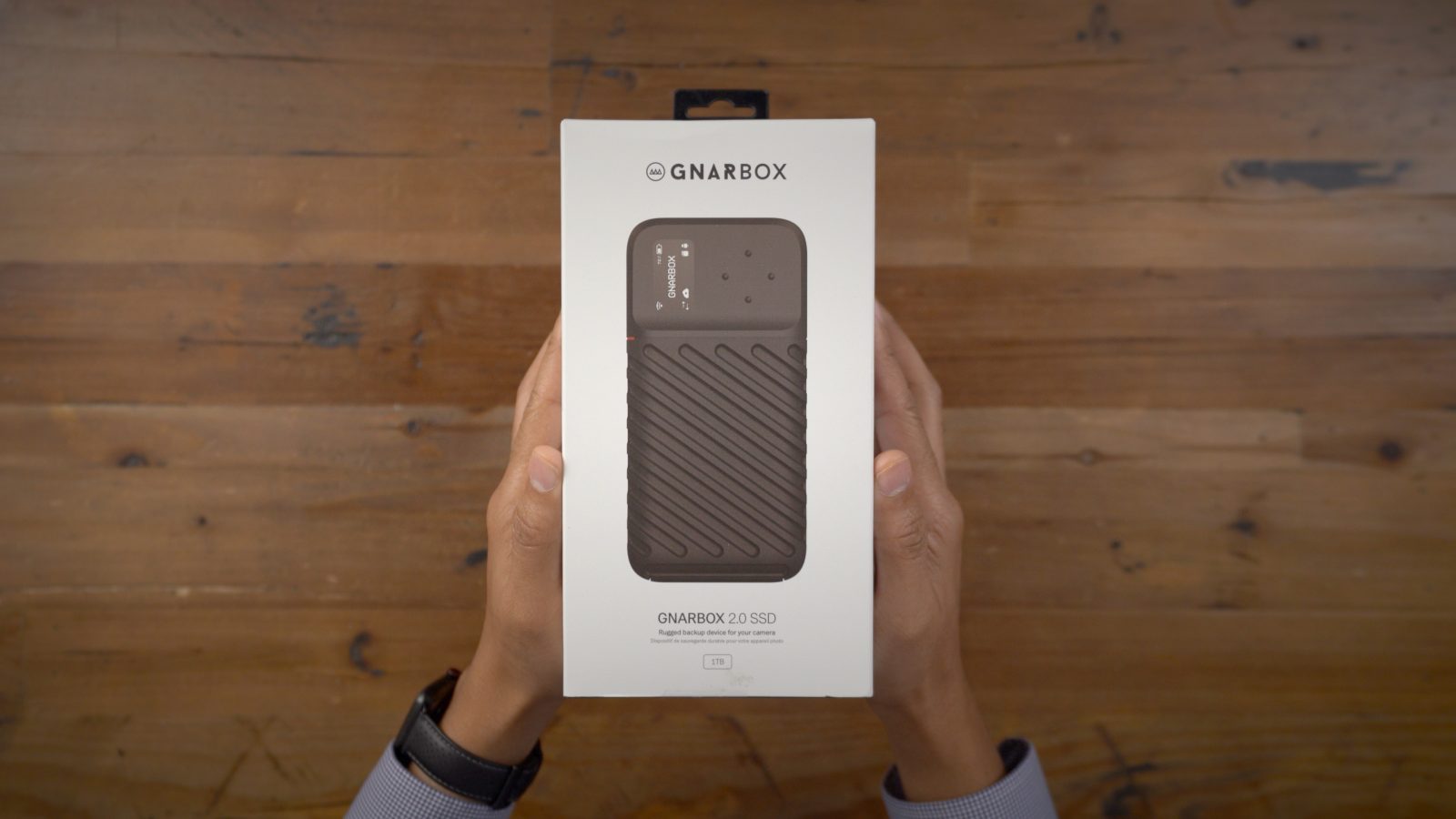 The original Gnarbox, a small, rugged portable media manager and backup device, was a great idea on paper, but the execution needed work. Today the team from Gnarbox is back with version 2.0 of its hardware. The new Gnarbox features noteworthy improvements over its predecessor, such as a built-in screen for on-device management, and multi-destination copy for increased redundancy.

If you’re an iPad Pro user who regularly works with photos and videos, should you consider adding the Gnarbox 2.0 to your workflow? Read our hands-on account for the details. 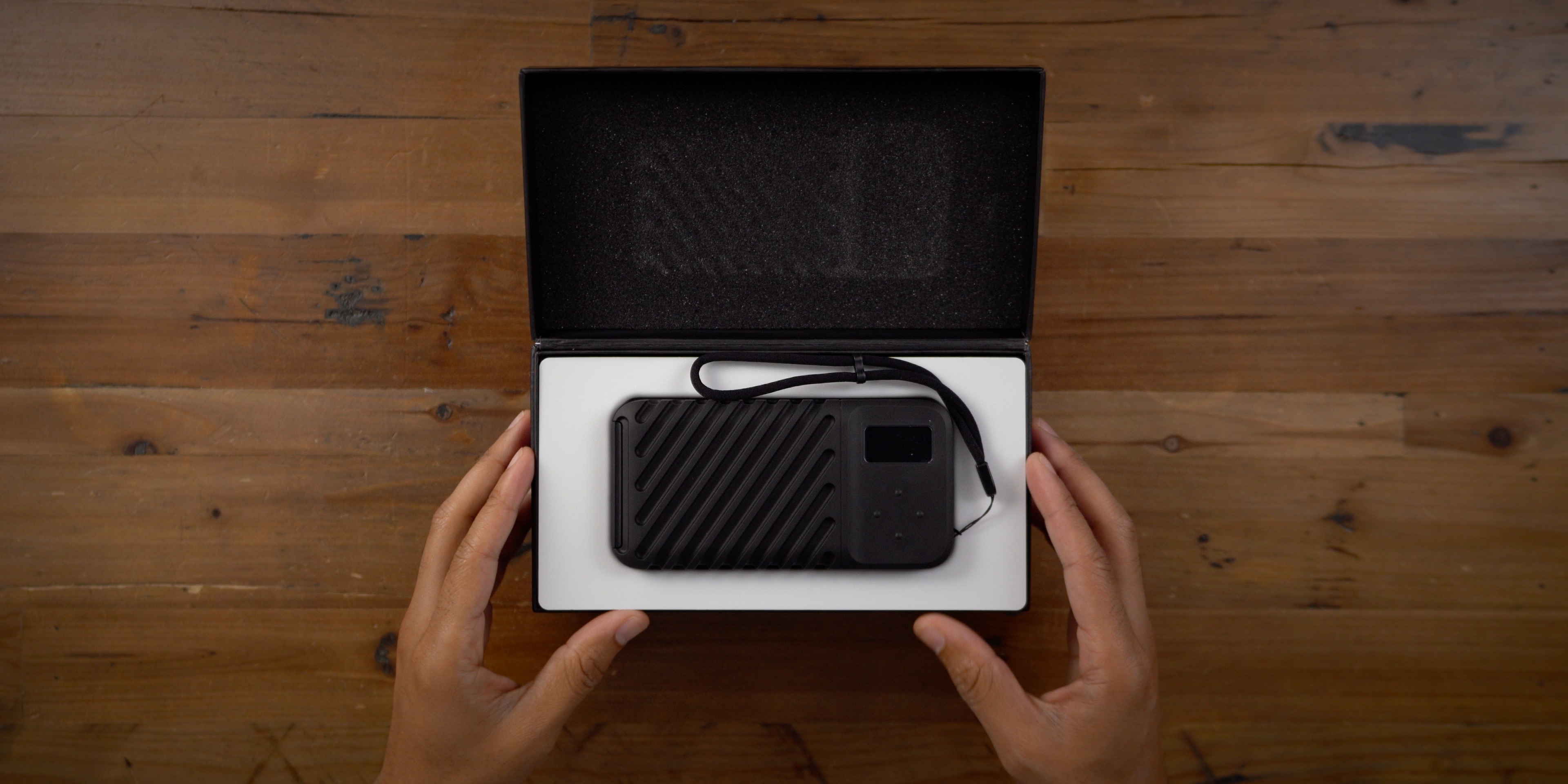 The Gnarbox 2.0 is a portable backup and media management solution, but given its specifications, it’s also a computer with a CPU, GPU, RAM, SSD, and I/O. The most obvious improvement over the previous iteration is its inclusion of a small LCD display along with 4-way input controls for managing the device and navigating its menus. 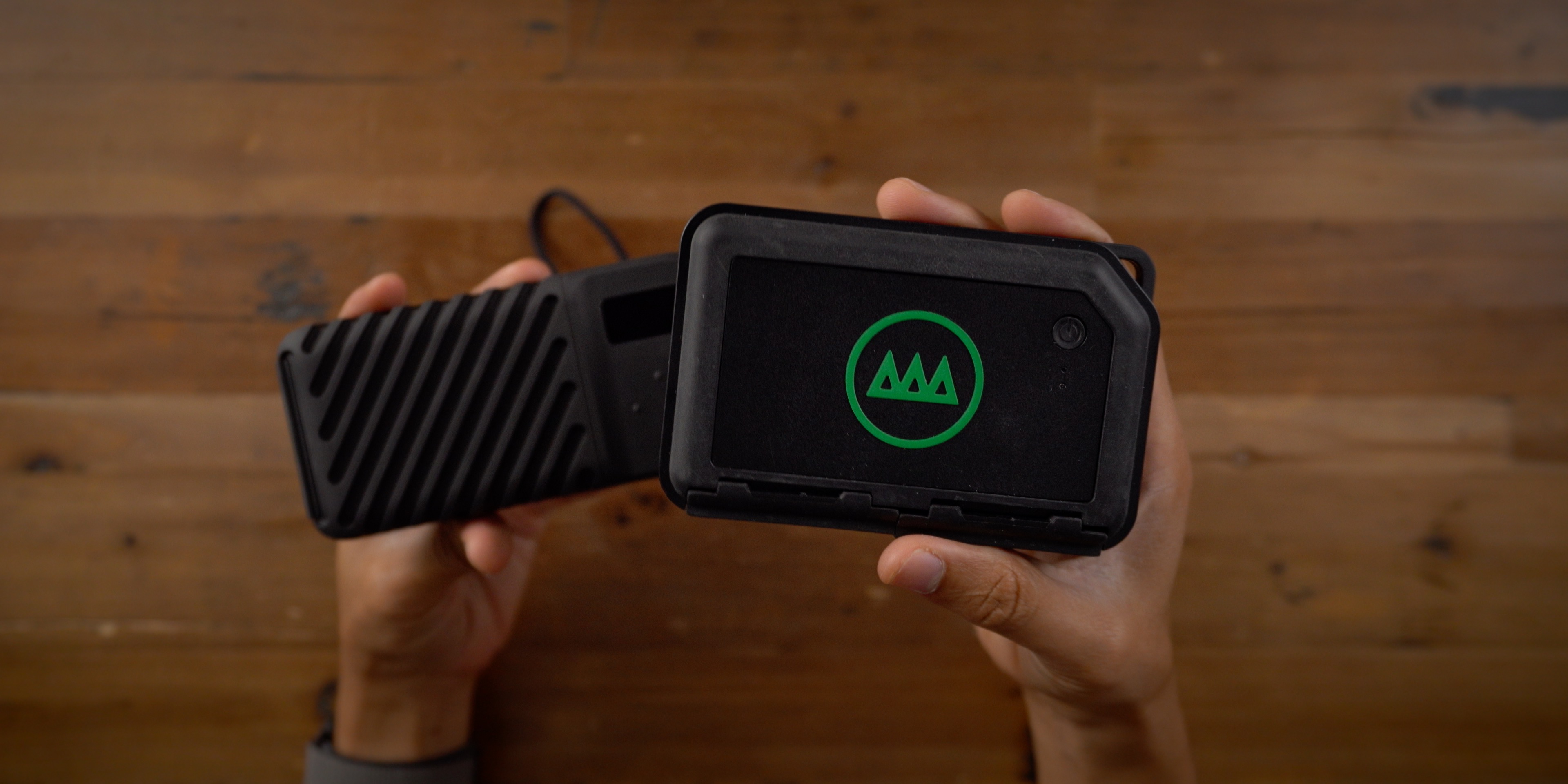 Gnarbox touts what it calls a laptop-free workflow, meaning that the unit is designed to bypass the need for a laptop for media backup while out in the field. Of course, the Gnarbox 2.0 can also work with a variety of mobile applications on your phone or tablet, both of those developed by Gnarbox, and third-party applications like LumaFusion and Adobe Lightroom. 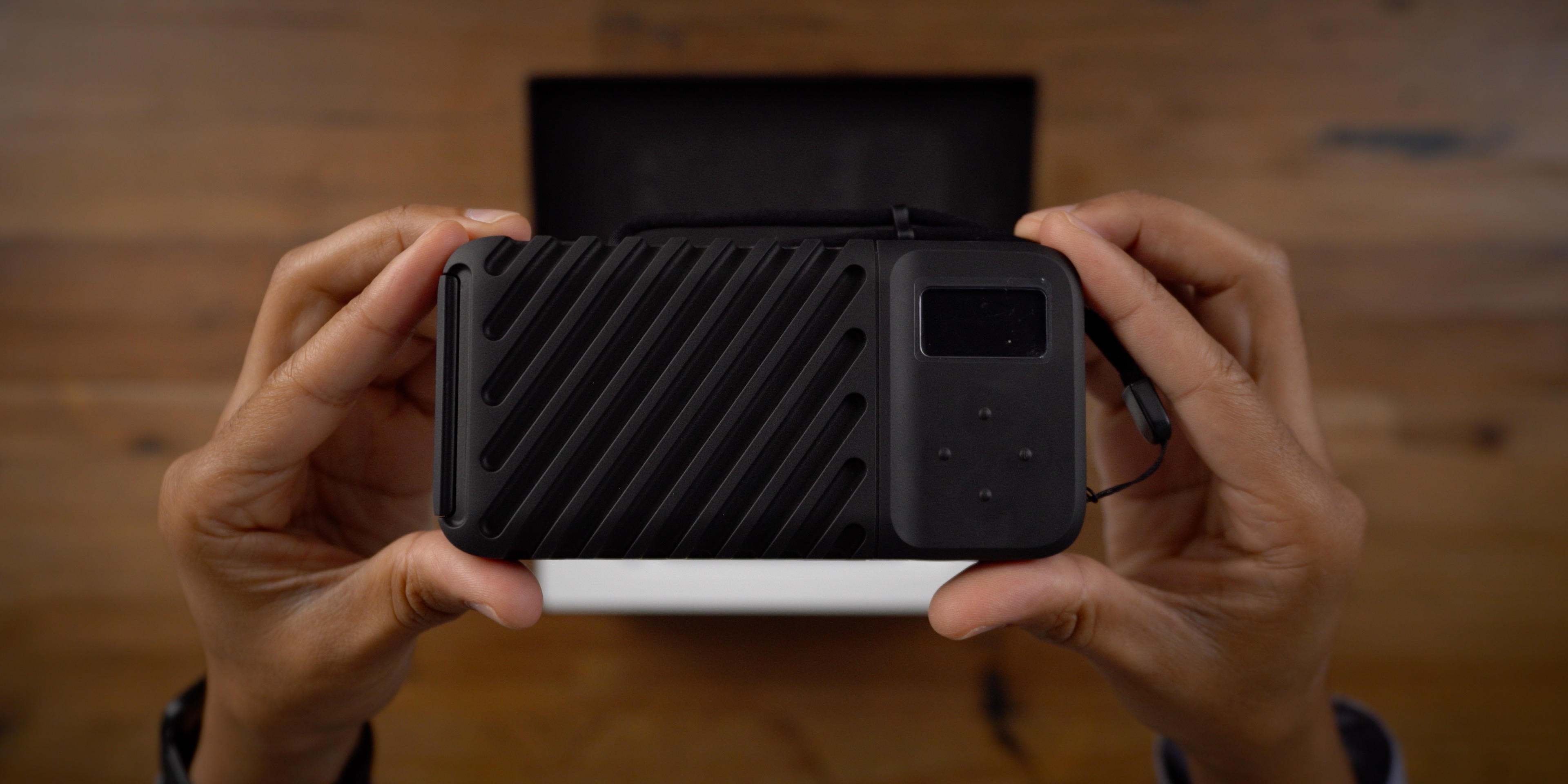 I don’t do much photo work outside of screen captures from the videos that I shoot, but I can definitely see the Gnarbox being used as an SD Card or SSD backup solution while out in the field. One might even load up the companion Selects app on iOS and to start tagging and rating images shot during the day. 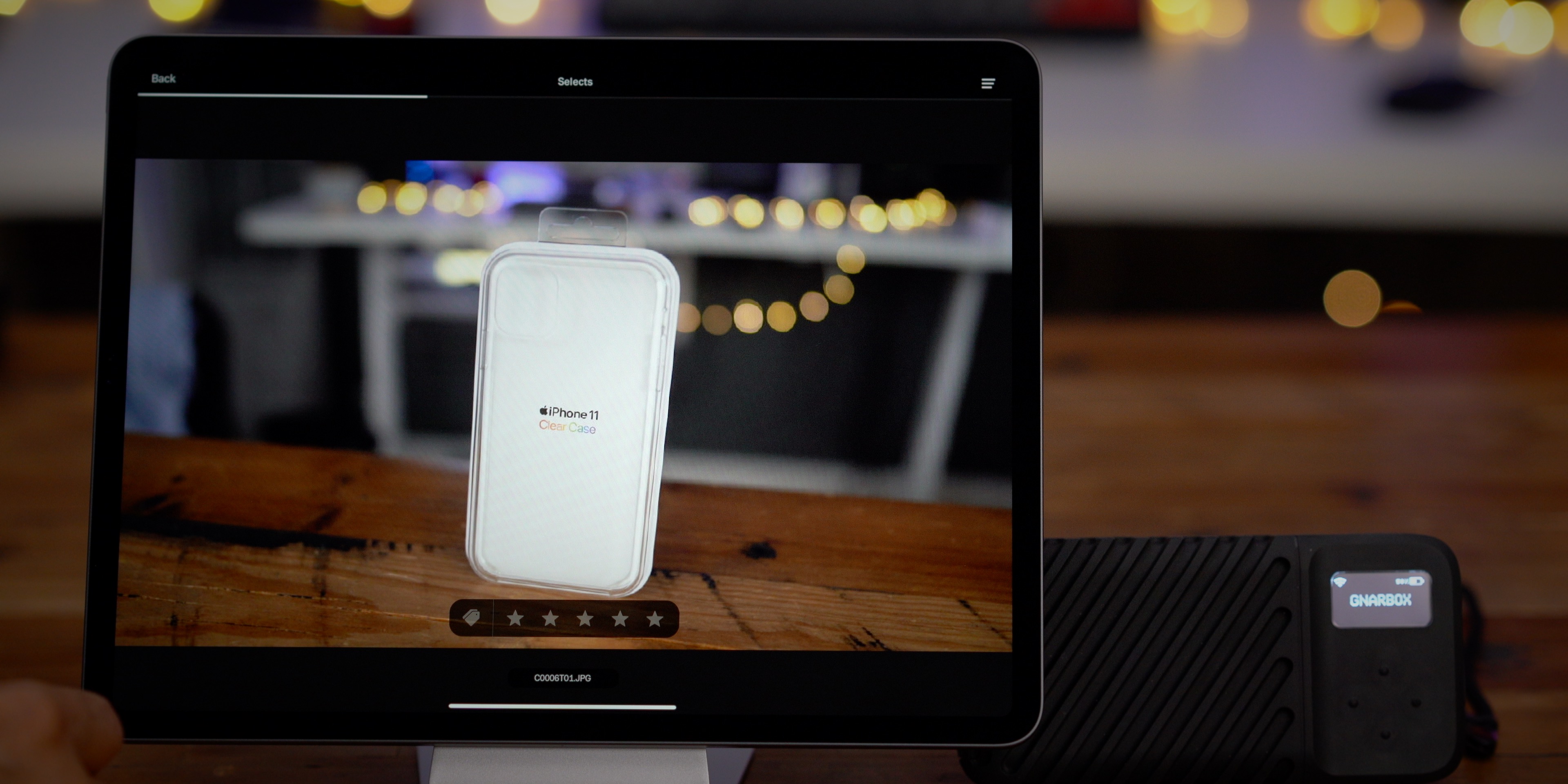 From an I/O perspective, the SD Card slot is what I expect the majority to interface with the most. Gnarbox 2.0 includes full sized SD Card reader for ingesting media into its internal SSD at up to 75MB/s. Also included in the package is a micro SD Card adapter, because unlike hardware version 1.0, there is no dedicated microSD Card reader on the box. 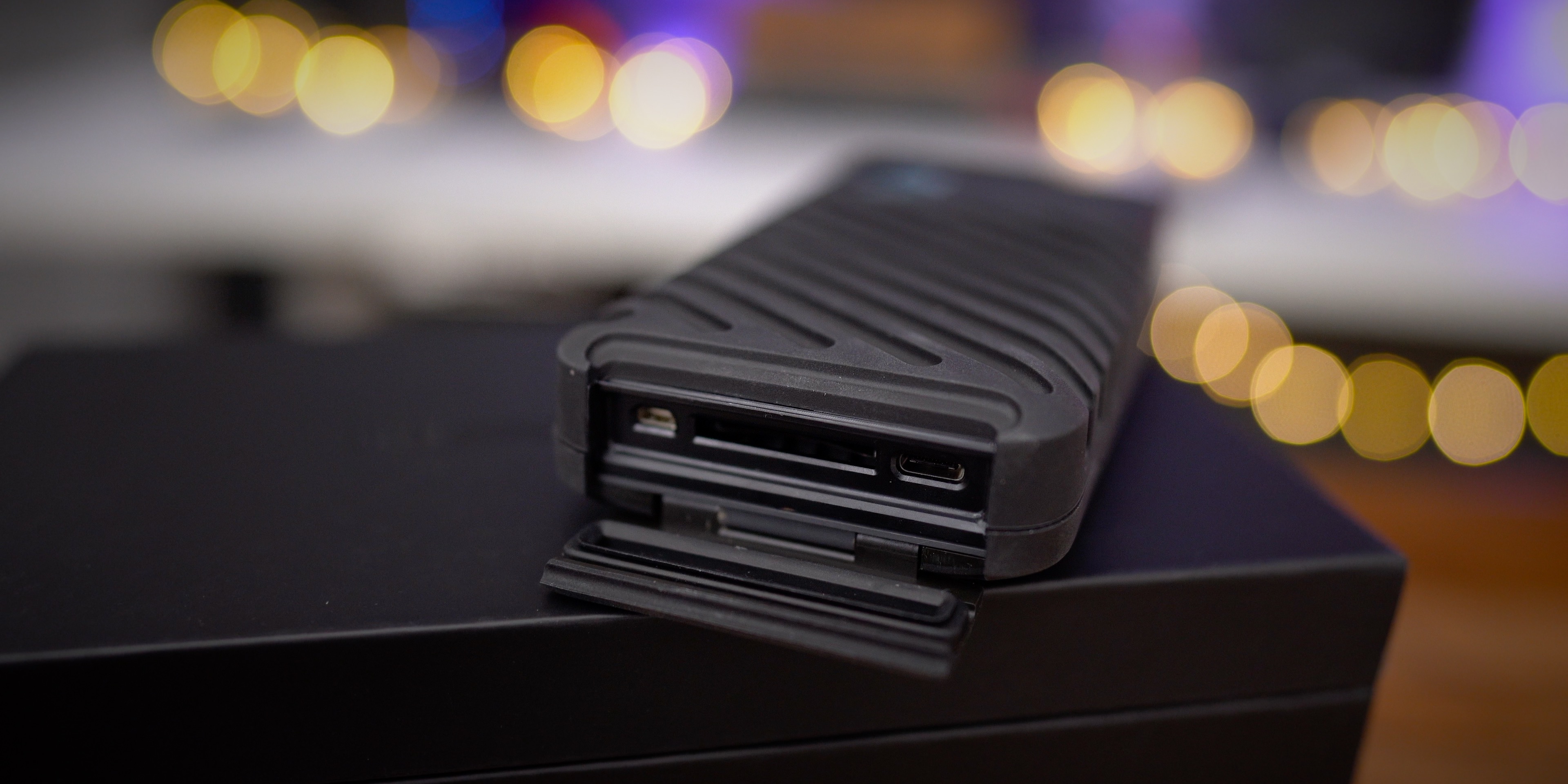 Gnarbox sent me the 1 TB unit for testing, but there are 256 GB, and 512 GB configurations, starting at $499, and working its way up to $899 for the 1 TB version. It’s expensive, to be sure, but when you consider all of the tech packed inside, anchored by a fast 1 TB NVMe SSD, you may deem it to be justifiable if you’re looking for a rugged, field-oriented backup solution. 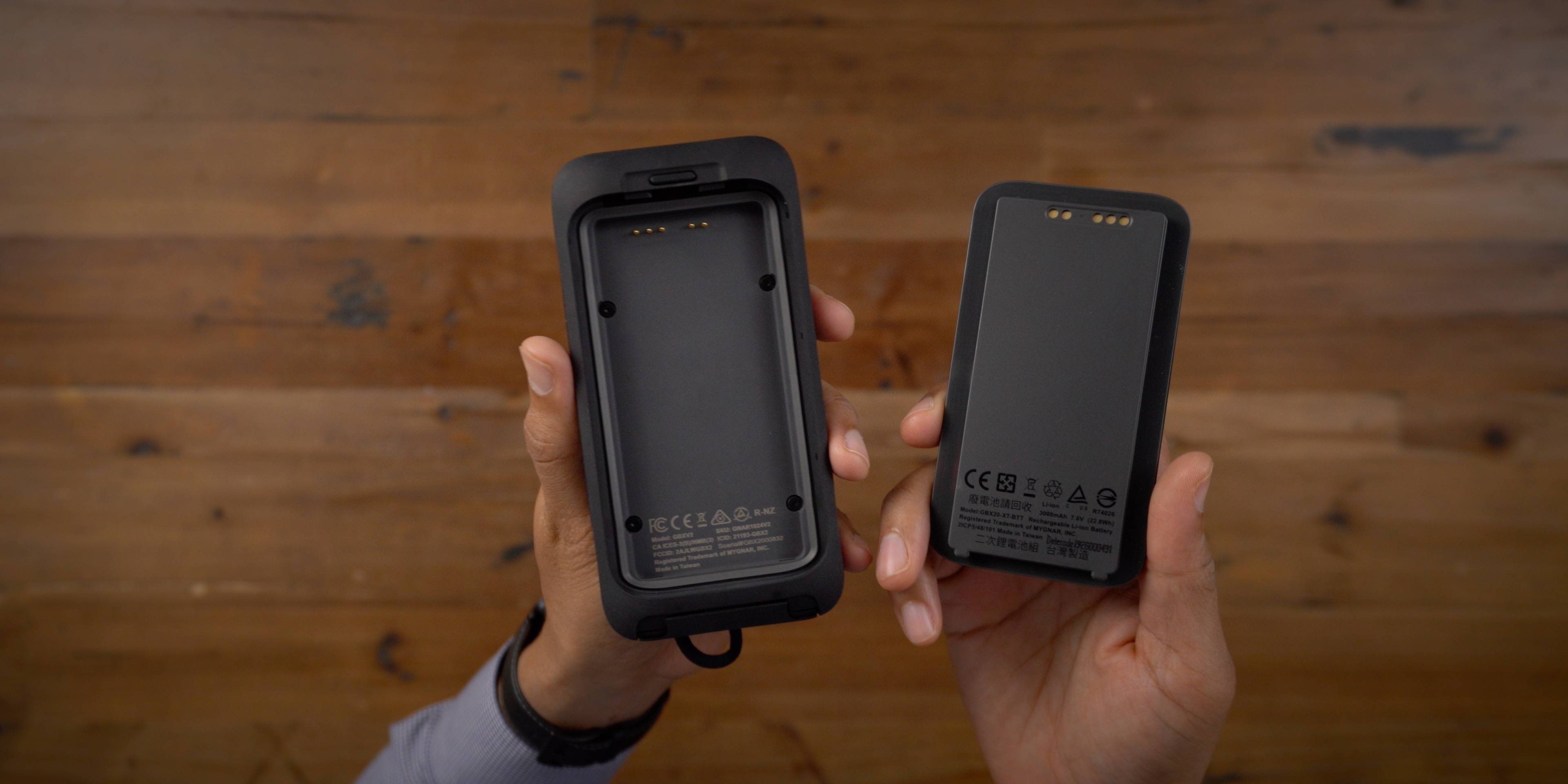 Another of my favorite new Gnarbox 2.0 features is the inclusion of a removable battery. Although the battery should last for 4-6 hours of regular usage, being able to just pop in a second battery during a long day out in the field could prove to be handy.

The primary way of connecting to Gnarbox 2.0 is via its built in Wi-Fi connection. Once connected, you can download Gnarbox Safekeep, which allows you to browse, preview, and backup/ingest media from your connected devices. Gnarbox also has other apps — Selects geared toward photo management, and Sequence for basic video editing and exporting, but most people will likely opt for more professional-oriented apps like LumaFusion and Adobe Lightroom for doing the actual work. 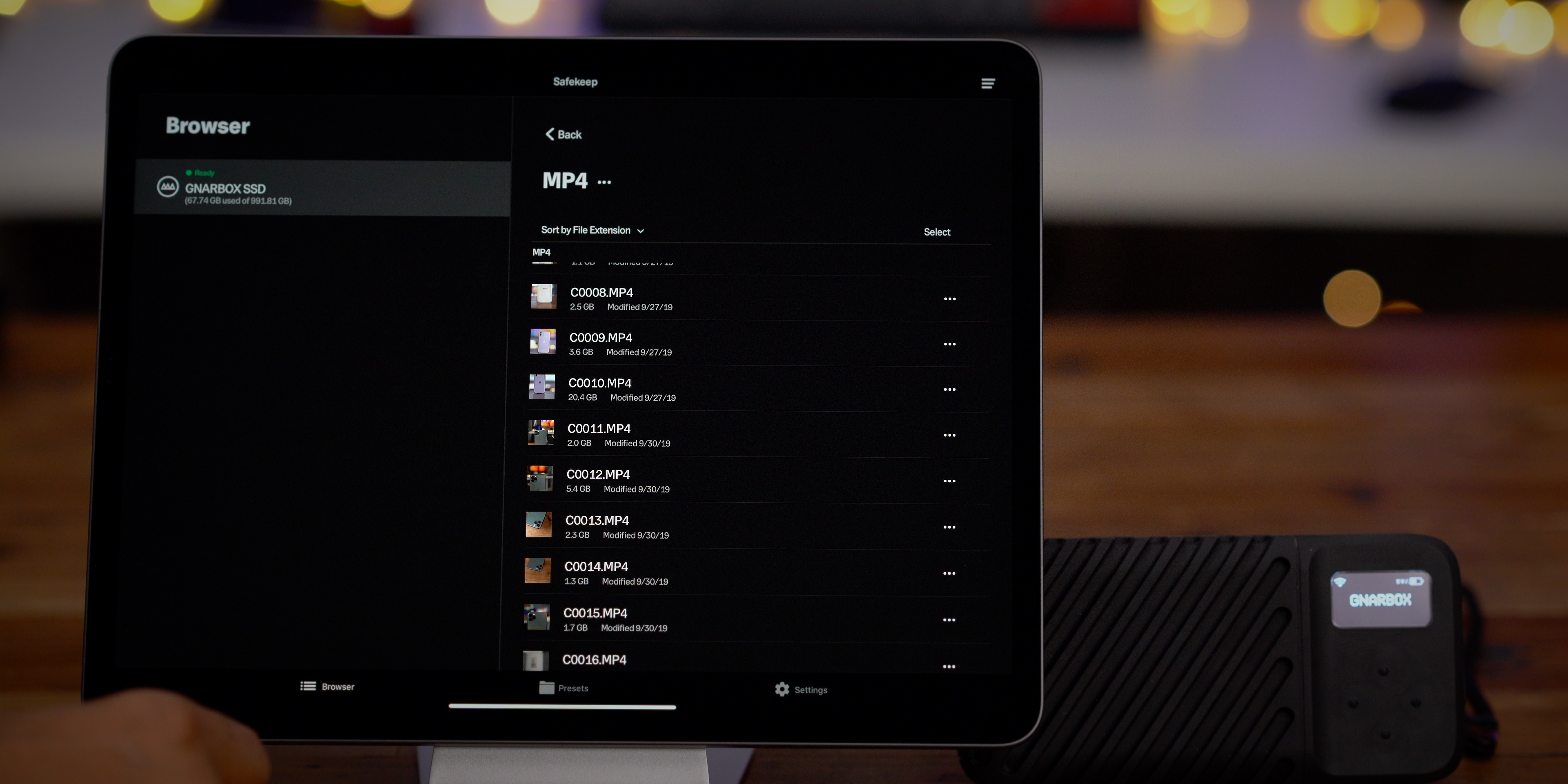 Users can also perform backups directly from the Gnarbox itself, without the help of any companion apps. In fact, upon connecting an eligible device, you’ll be automatically prompted to backup to the Gnarbox’s internal storage.

After spending some time with the second-generation Gnarbox, the word that keeps coming to mind is versatility. My take is that the Gnarbox 2.0 isn’t really tied down to any particular set of rules. Instead, it provides the sort of flexibility that certain photographers in the field may be looking for. 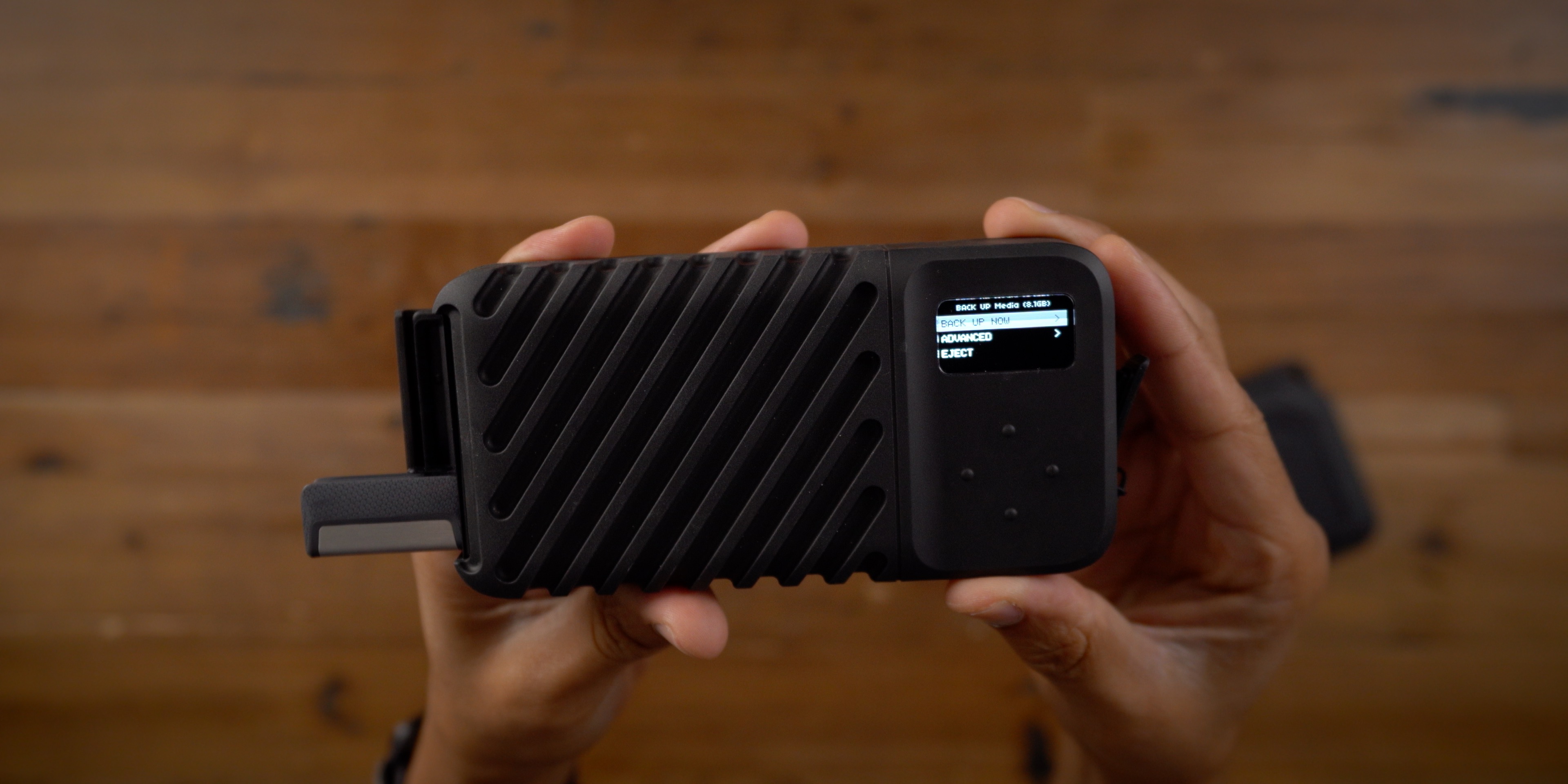 For example, one of the two built-in USB-C ports allow users to connect a variety of items, from external SSDs to flash drives, to USB-C hubs. This USB-C connection provides up to 350 MB/s connectivity, so it’s faster for making redundant copies of a full day’s work that it would be if you tried to connect a USB-C hub to an iPad Pro to do that same thing.

But even if you don’t wish to back up the content of a drive that you connect to the device, you can still browse the contents wirelessly, or via USB over Ethernet connectivity made possible via the second USB-C port (which can also be used to charge the device). Think of it as sort of a wireless hub that can be browsed via the Selects app. 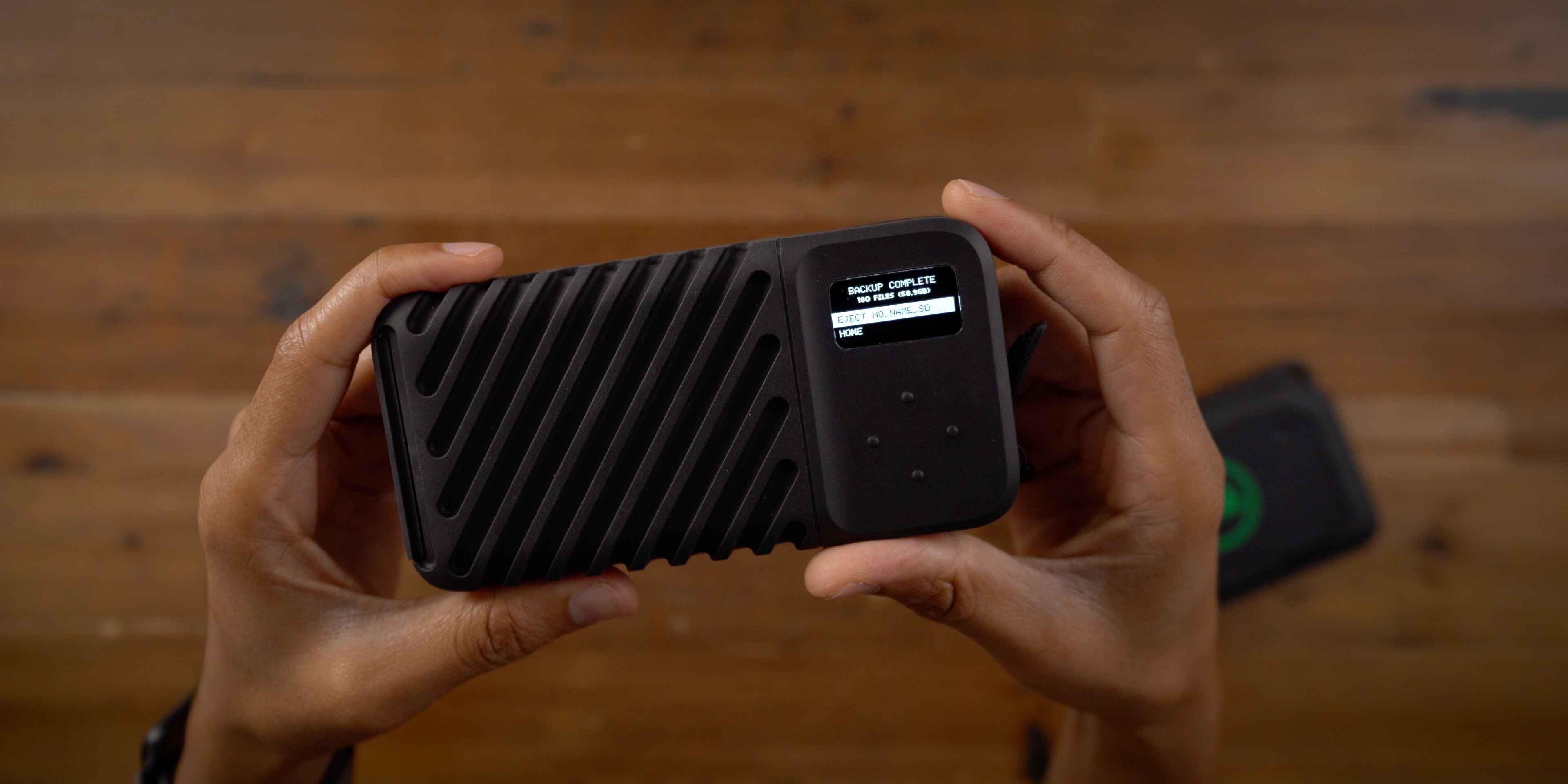 Gnarbox can also work as a general mass storage device, which means that you can directly access its content via a standard USB connection if need be, or via the iOS Files app, thanks to the ability to finally read external media in iOS 13.

Speaking of which, iOS 13, has obvious encroached on Gnarbox’s territory, as it’s now possible to browse SSDs, SD Cards, and USB flash drives directly from an iPad Pro, without the need of a specialized device. Yet Gnarbox is hoping to leverage its ability to quickly back up data while in the field, create redundant media at a faster clip for mission critical data, coupled with the overall ruggedness of its hardware.

One of the great things about the Gnarbox is its native integration with LumaFusion, the fantastic iOS video editing app from LumaTouch. The combination of the Gnarbox and iPad Pro means that I can shoot videos with my Sony A7III, connect the SD Card to my Gnarbox and ingest, and then wirelessly connect to my iPad Pro, browse all ingested media, and import selected media into my LumaFusion Projects. 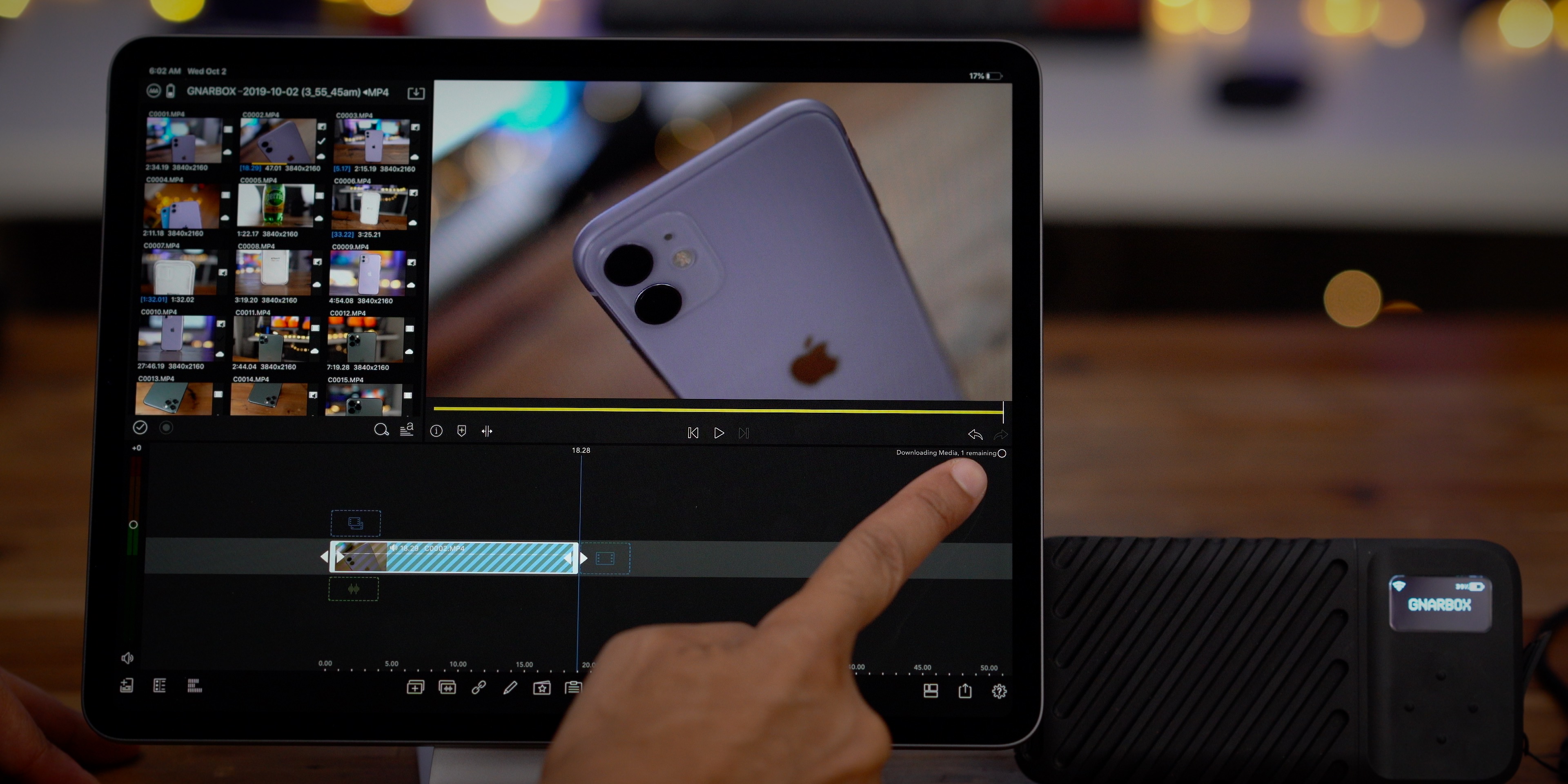 The original Gnarbox featured such integration, but I often found it to be too slow and unreliable for my needs. In my brief hands-on time with version 2.0, I’ve found it to be noticeably faster and more reliable, but I’ll have to continue testing to lend my final judgment.

Indeed, the improvements to iOS 13 mean that a large swath of iPad and iPhone users will simply opt to direct connect an SD Card or external drive for easy and direct access to their media. But for those looking for something more, especially in the way of rugged and redundant storage, Gnarbox 2.0 may be what the doctor ordered.

We’ll be back with a more in-depth look at Gnarbox-centric workflows with LumaFusion and other applications in the near future. In the meantime, what do you think about Gnarbox 2.0? Sound off down below in the comments with your thoughts.