iPhone 11 Pro Diary: It’s no travel camera, but it’s a great social one 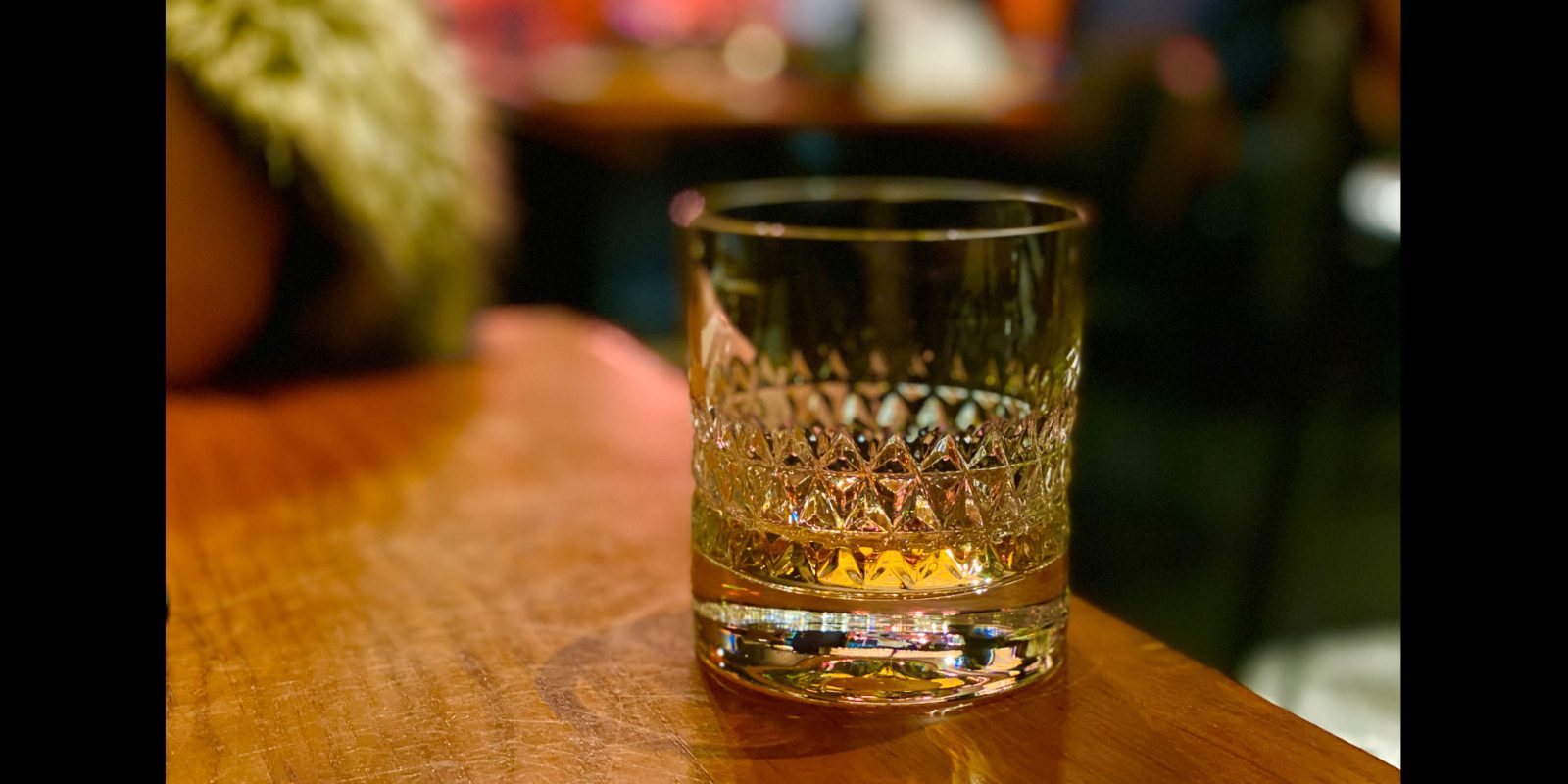 I’d so far given the iPhone 11 Pro camera a very high bar to meet: Could it be good enough that it would be the only camera I’d need while travelling? The answer to that question was a resounding no, even after double-checking.

But that’s mostly because I demand very high quality from my travel photos, so noise that would be largely unnoticeable at web-viewing size would disturb me in prints or when viewing on a large screen, both things I do with travel shots. I also want the ability to shoot 30-second exposures on demand, not when my camera decides it’s dark enough to permit it.

A recent night out, however, provided the opportunity to put the camera to the test in a more common situation…

The vast majority of photos I take are what I would term social ones. I’m not aiming for great photography, but rather to capture a fun memory, and to be able to share the experience with friends through Facebook or the like.

I still want decent quality images, though. I want everything to be in focus, I want accurate colors, I want a decent amount of shadow and highlight detail — and I don’t want great globs of noise in night shots.

The evening that put all this to the test was a London Restaurant Festival event last week. I was restaurant-hopping around Mayfair, with a tasting dish and a cocktail in each of five different restaurants. 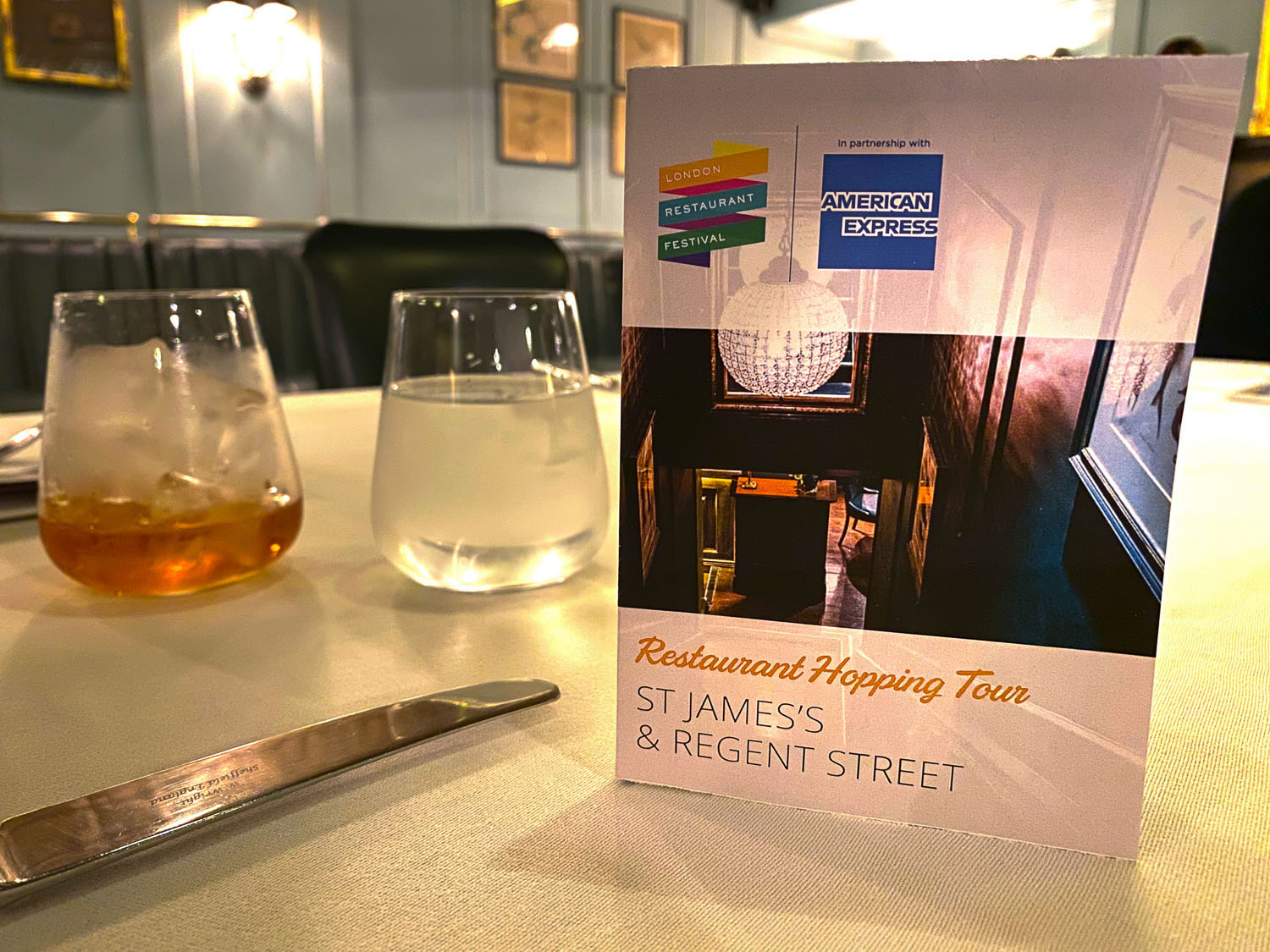 At this time of year, it was dark from the start, and restaurants of course like subdued lighting, so most shots were low-light interior ones. I also took a few shots while walking between restaurants, so there were some exterior night shots, too. 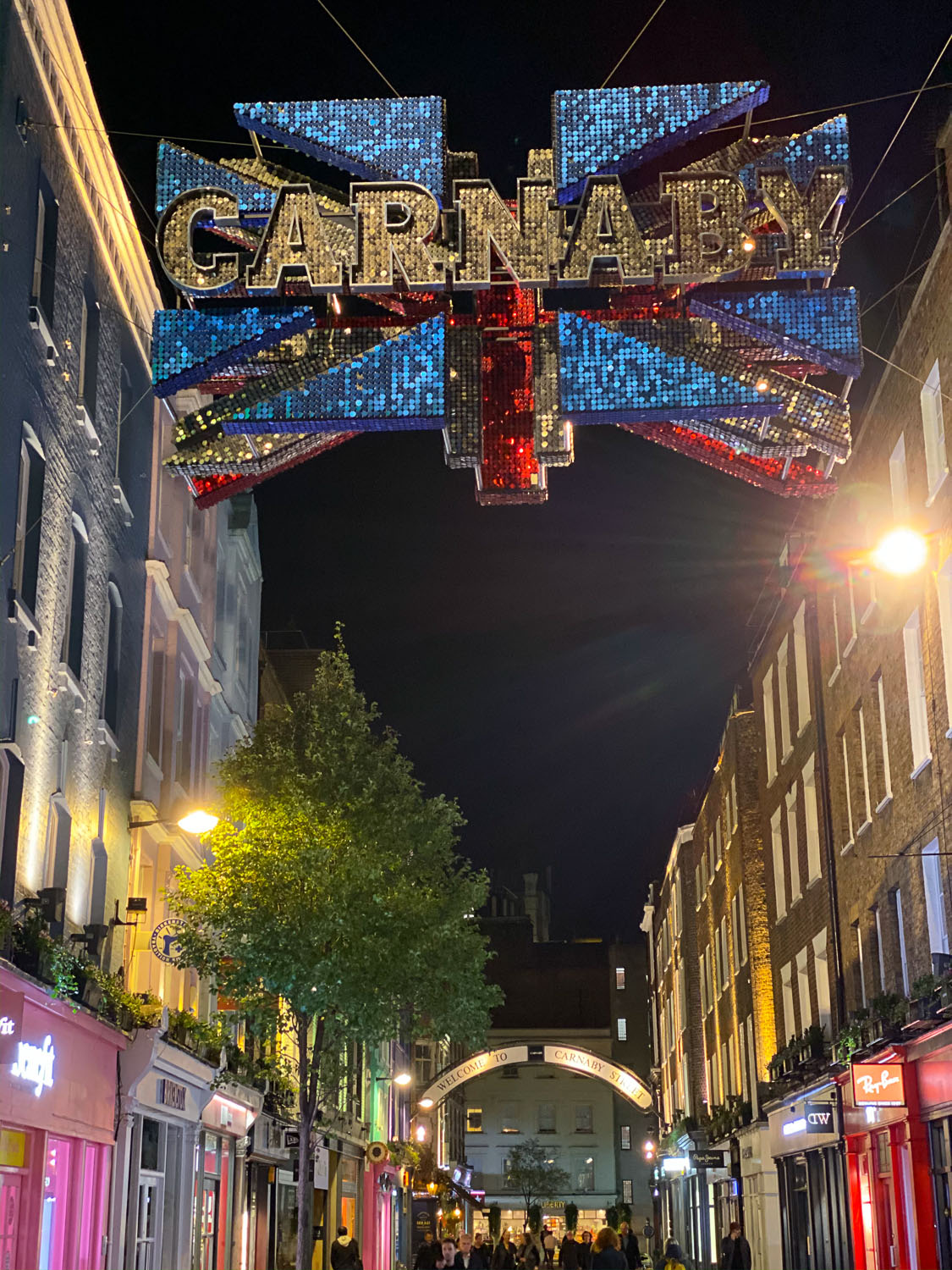 The lighting varied, with Night Mode required some of the time, and not others. To me, the greatest compliment I could pay the system is that I couldn’t tell which was which when viewing them afterwards. The only way I knew was from the memory of the times it activated automatically and I had to hold the camera still for a few seconds. 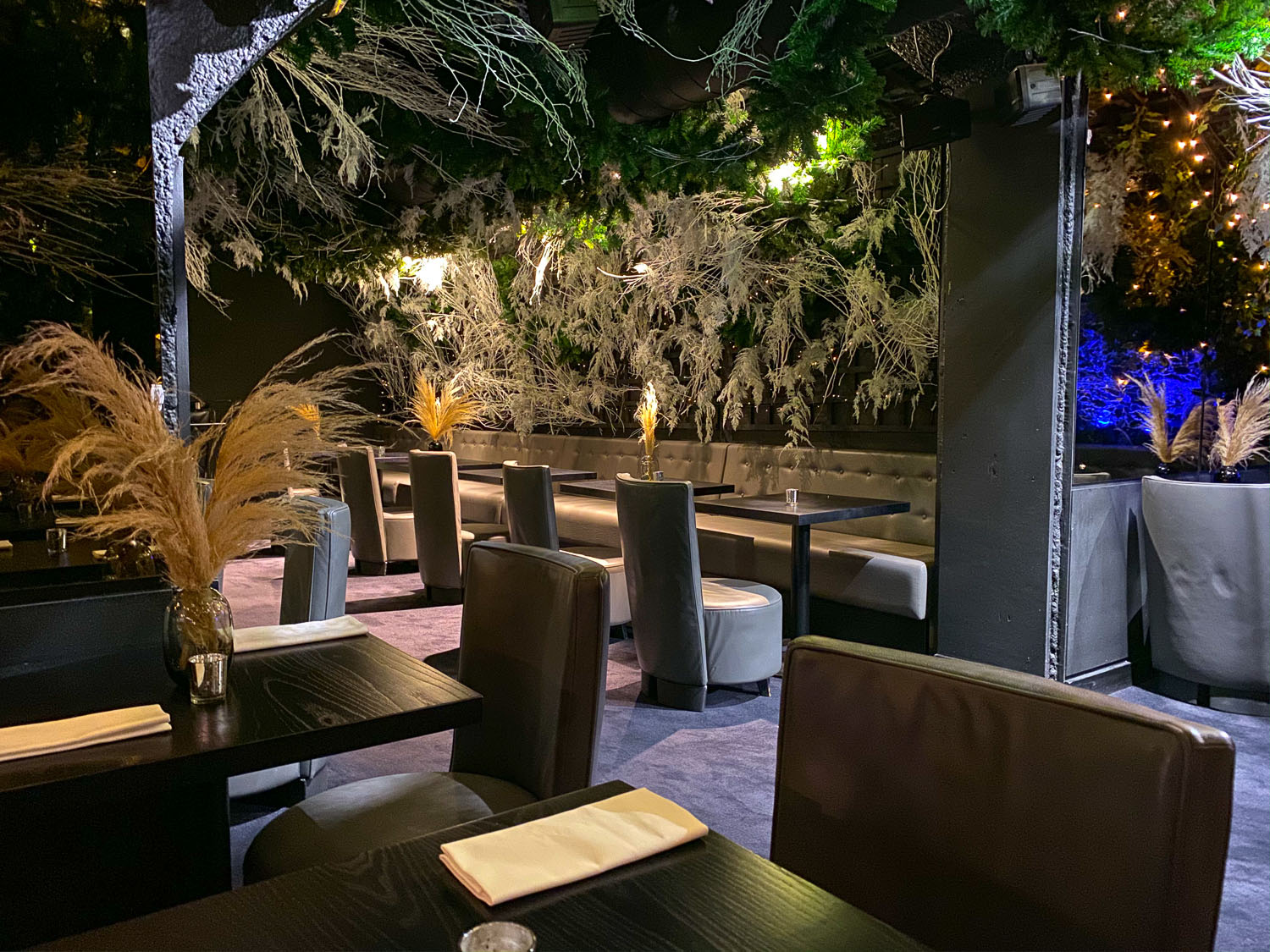 The iPhone has long been good at this type of casual photography, but I do have to say, comparing this to earlier events, there is a significant difference in quality in the darker shots.

The ultra-wide-angle lens also makes a huge difference to the kind of shots you can get in some situations. 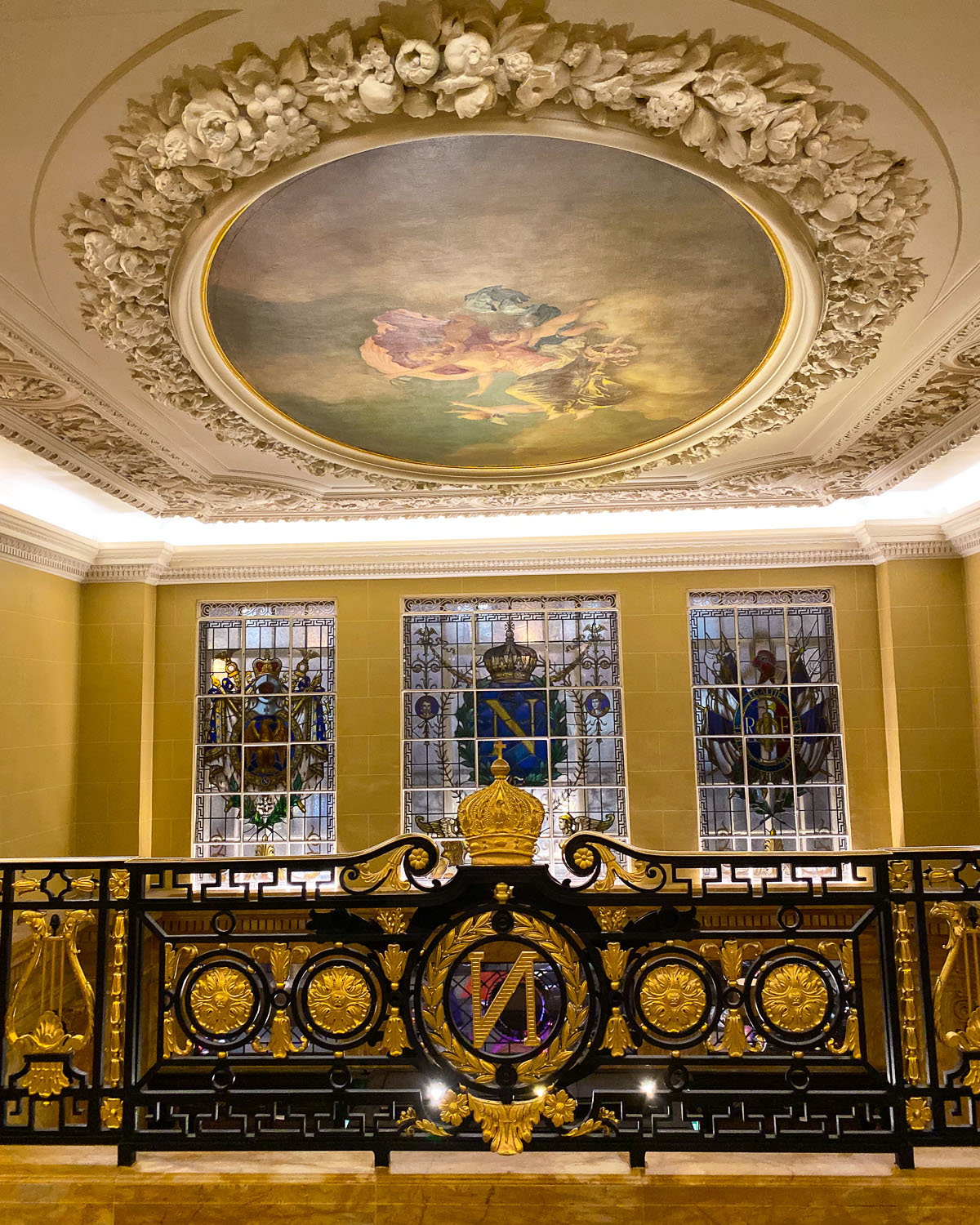 The auto-exposure was pretty good for most shots. I did find that it erred on the side of preserving highlights at the expense of shadows, but that only meant it underexposed shots for my personal tastes by around half a stop — and that was easily corrected either on the iPhone or in Lightroom. All the photos shown have absolutely minimal edits.

This was one example with extreme dynamic range, and it preserved the highlights very well while allowing me to recover enough shadow detail. 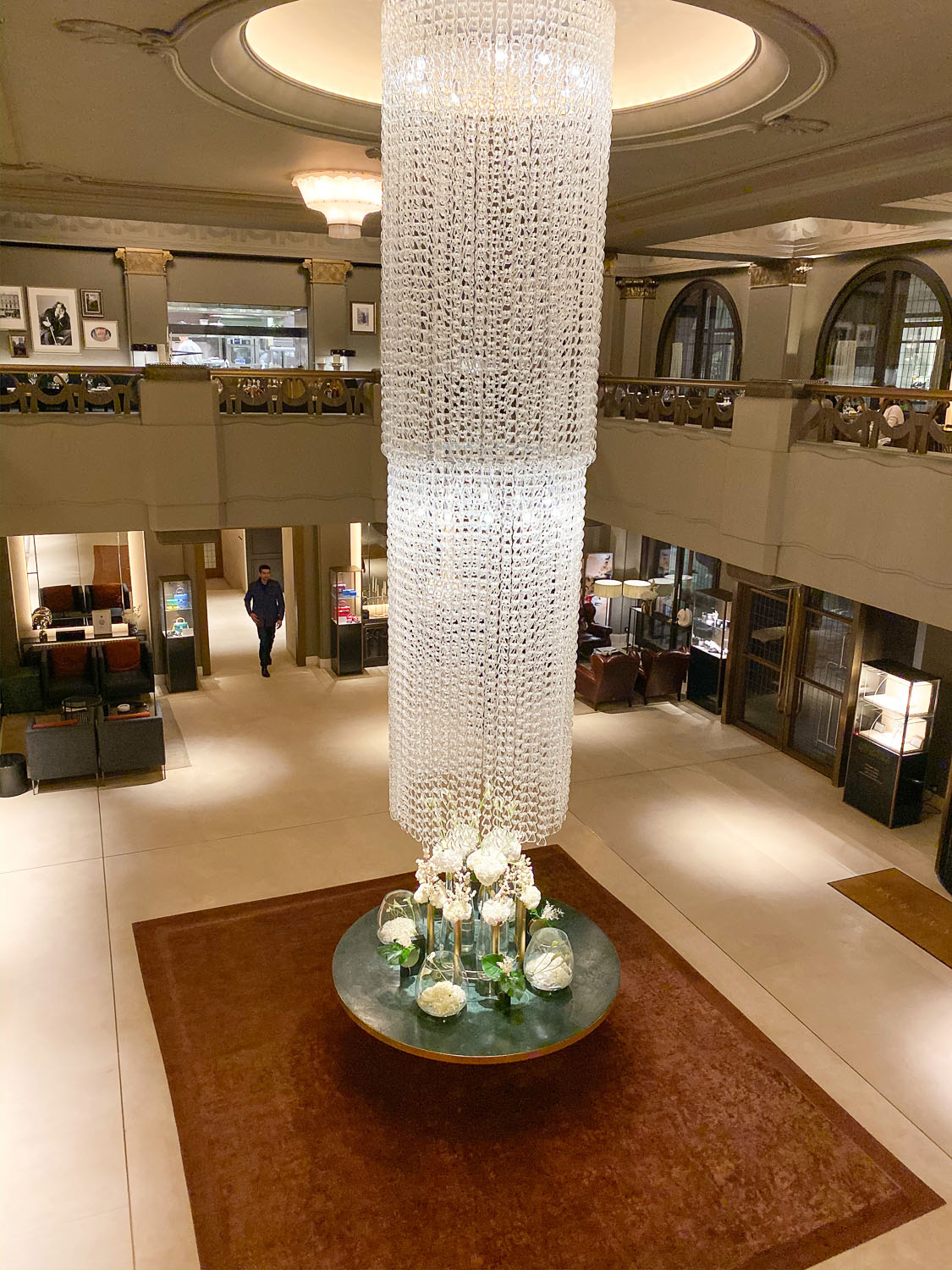 This scene was a lot darker than it appears, and I had to boost the exposure by about a stop in editing, but all the shadow detail was there. 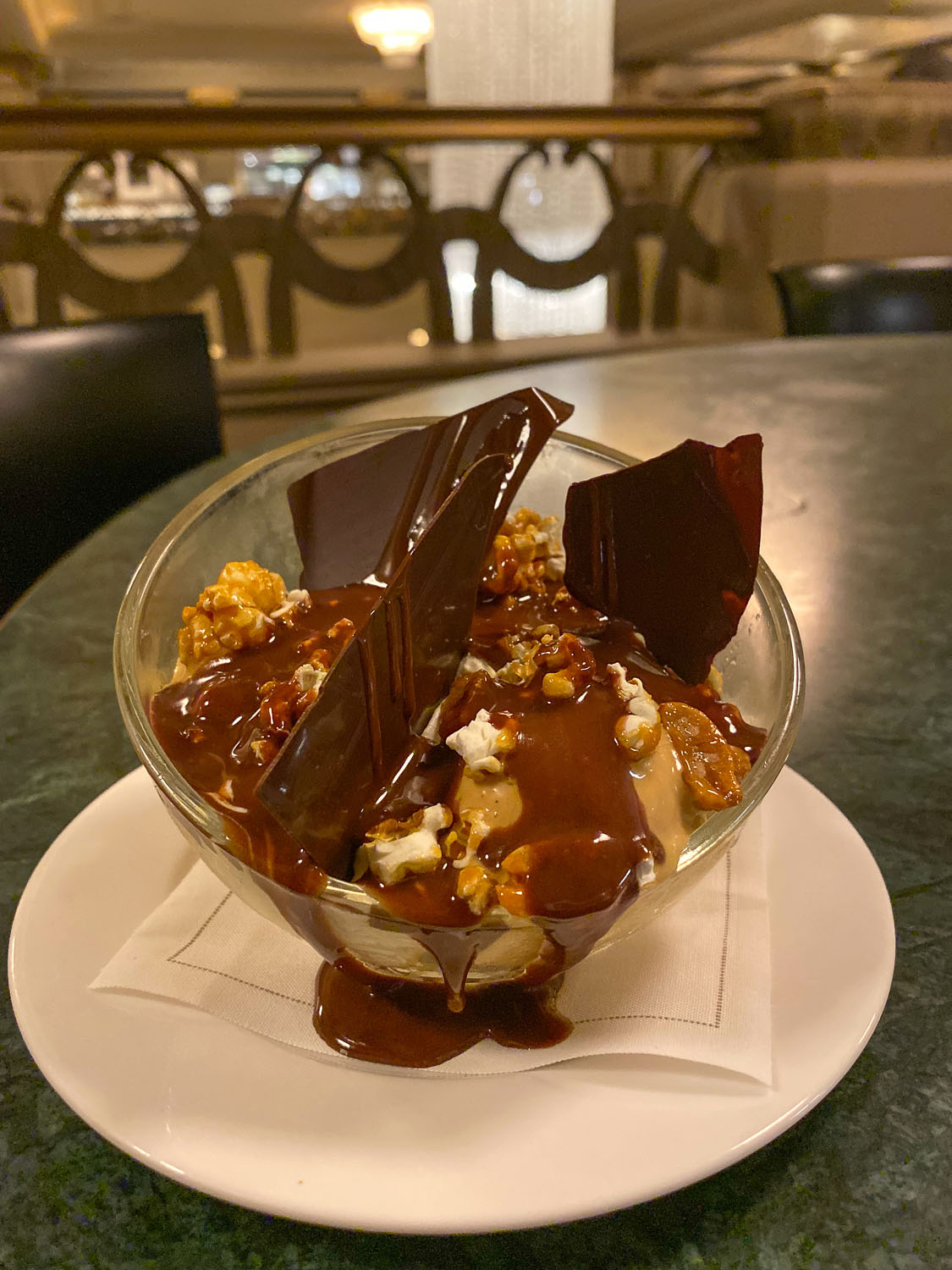 Here too I had to boost exposure afterwards, but the auto-exposure was technically correct — I simply didn’t mind blowing out the plate reflections for more food detail. 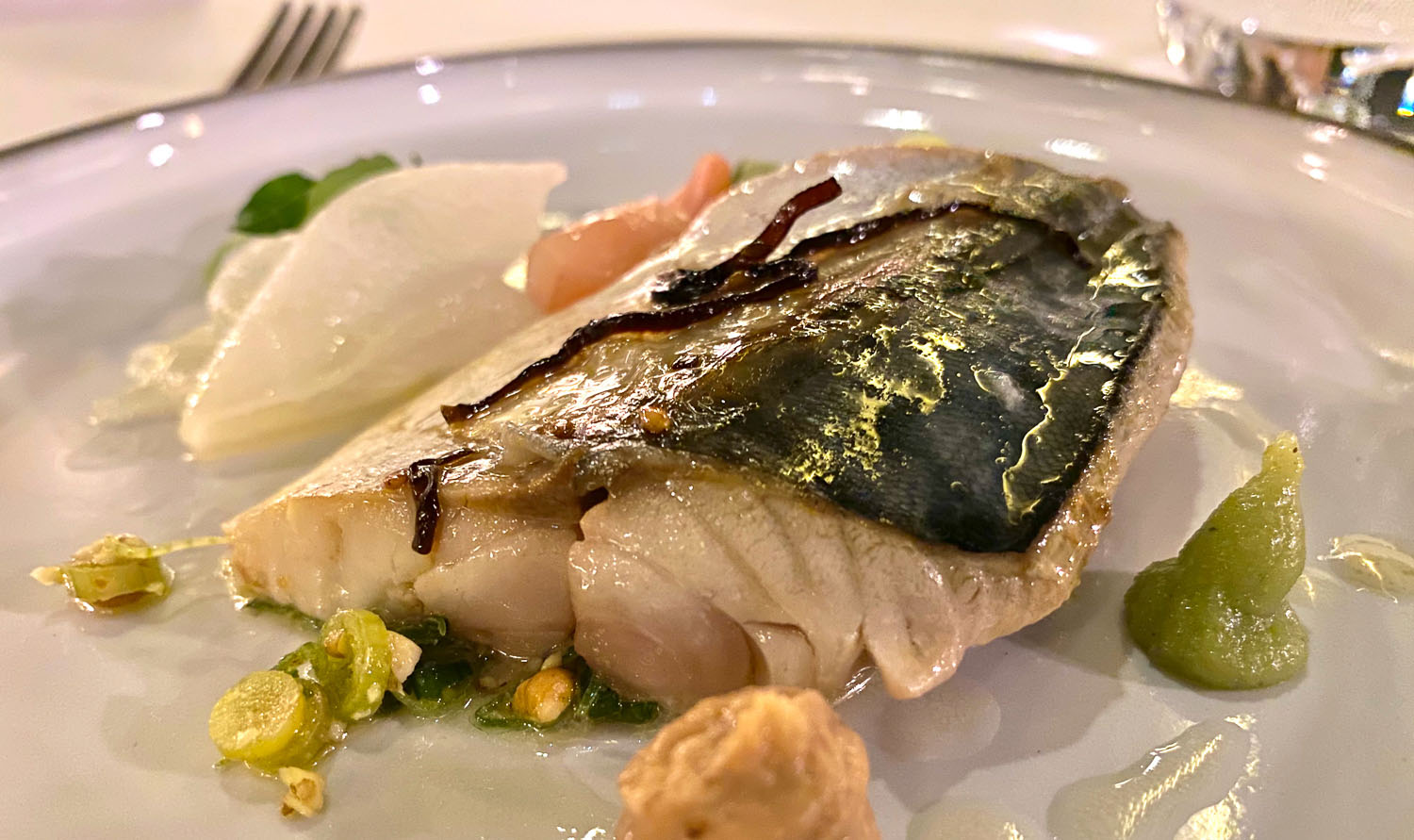 This was the only photo where I had to adjust the exposure at the point of taking the shot. Despite the brightness of the flame, it still hasn’t completely lost the background building lighting. 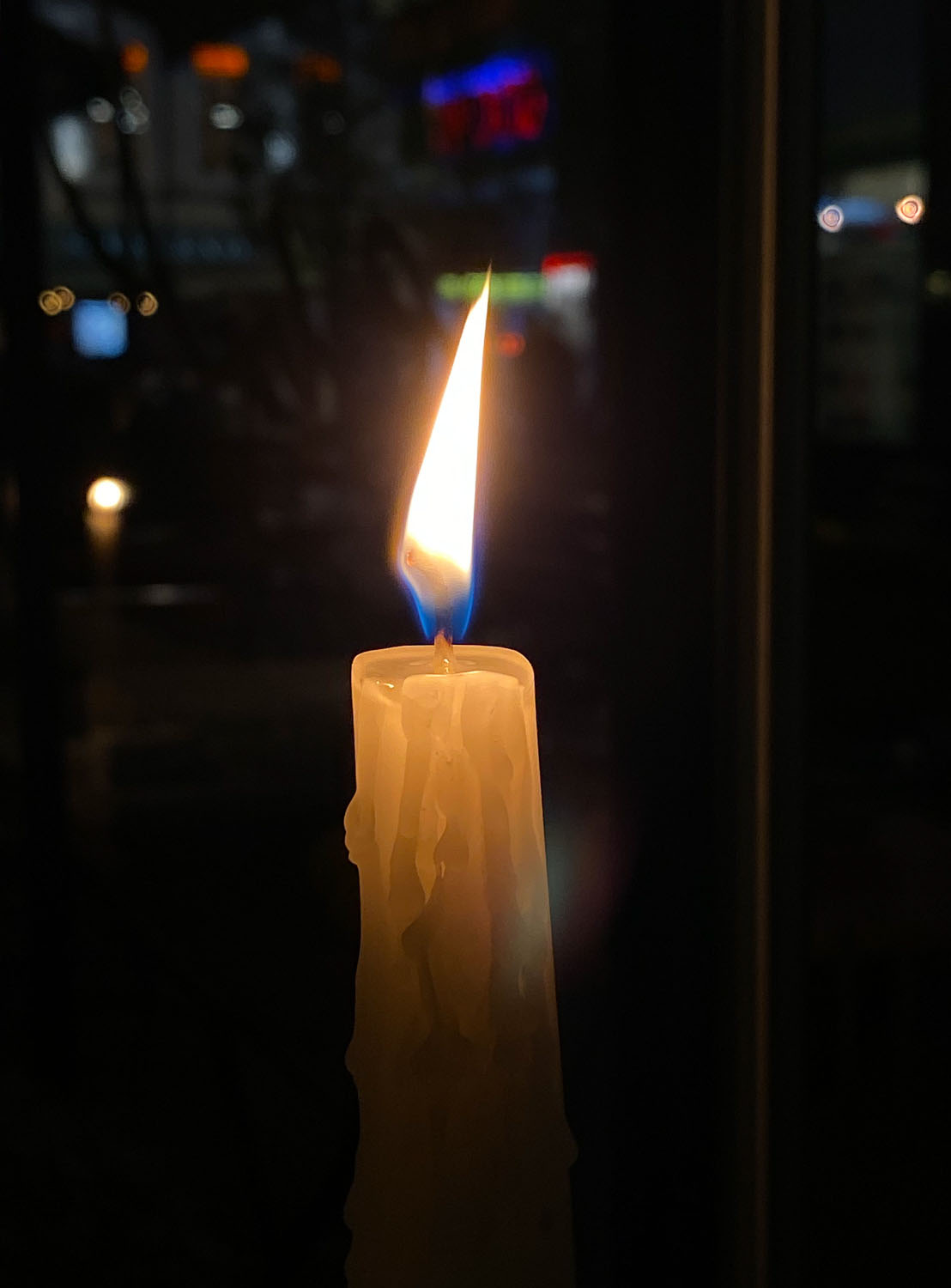 The f/1.8 lens lets in a lot of light, which is great for people shots. I always find I get the best shots of Steph when she’s not posing, so my usual approach is just to hold up the camera and keep chatting and then take the shot on my own timing. That does often mean some movement, but with the fast lens, the motion blur from a moving hand here is minimal, and her face is pretty sharp, despite the fact she was laughing at the time. (I had to get special clearance to include this “three cocktails in” shot… ) 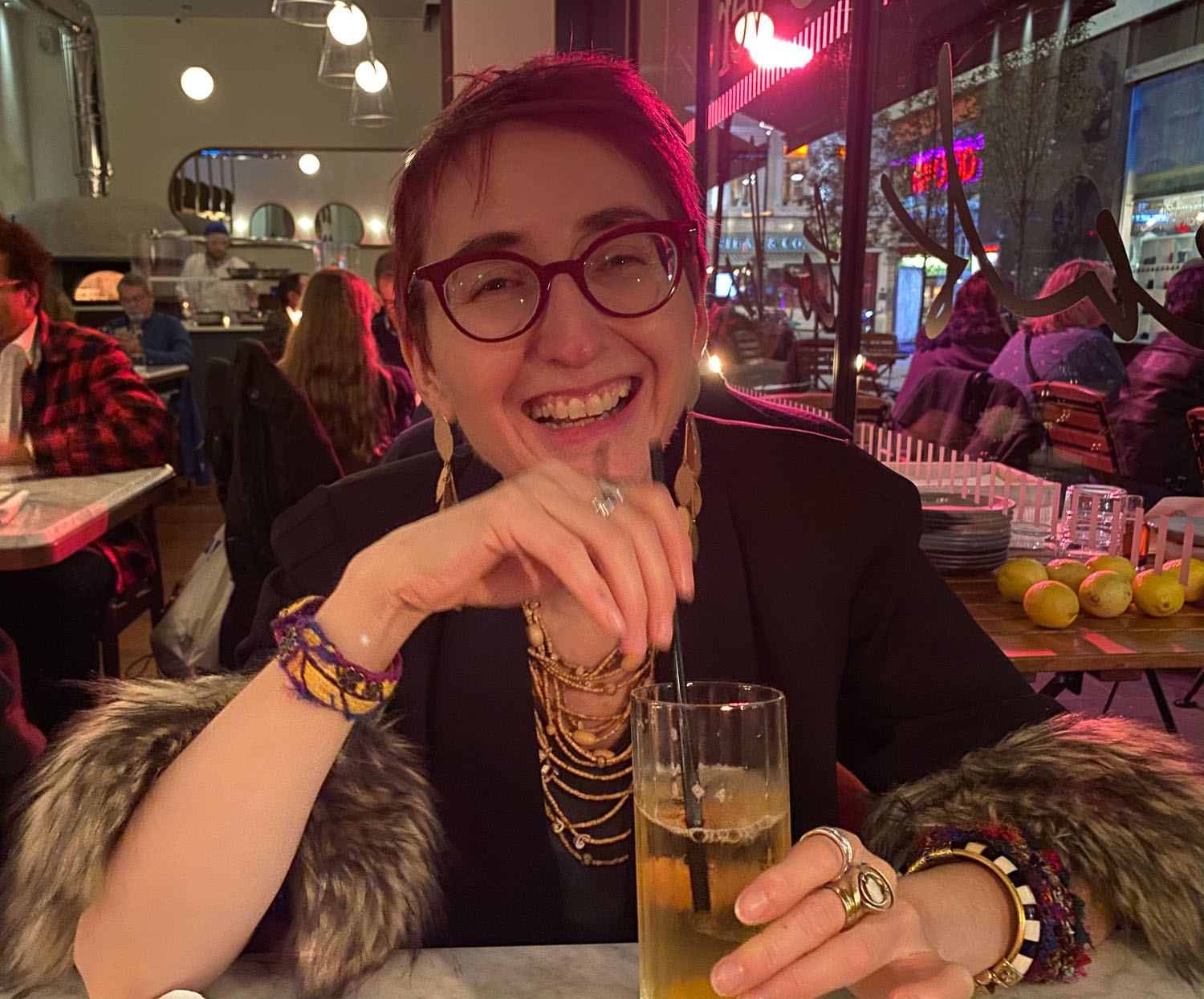 There is visible noise in some shots, but it’s not at a distracting level. 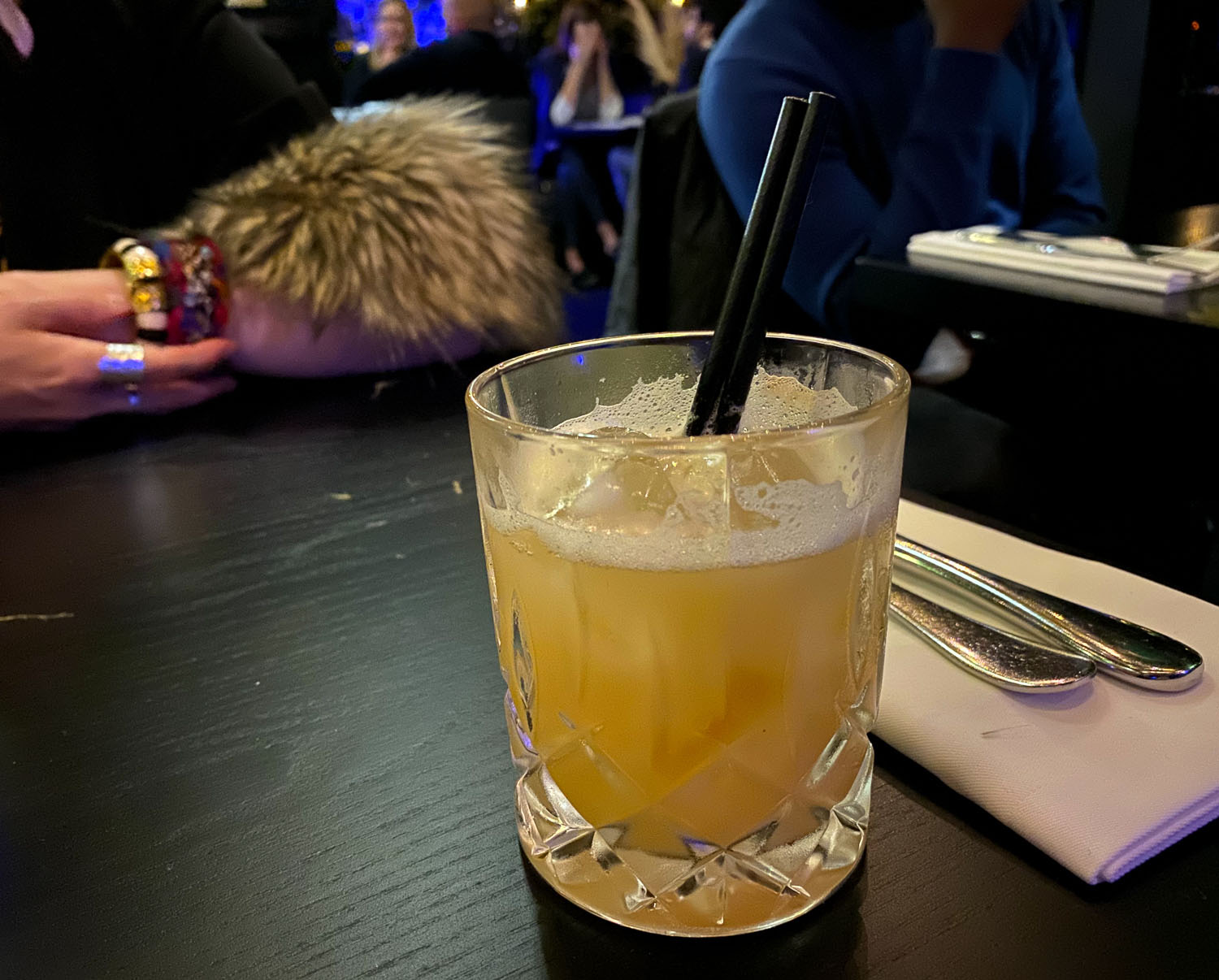 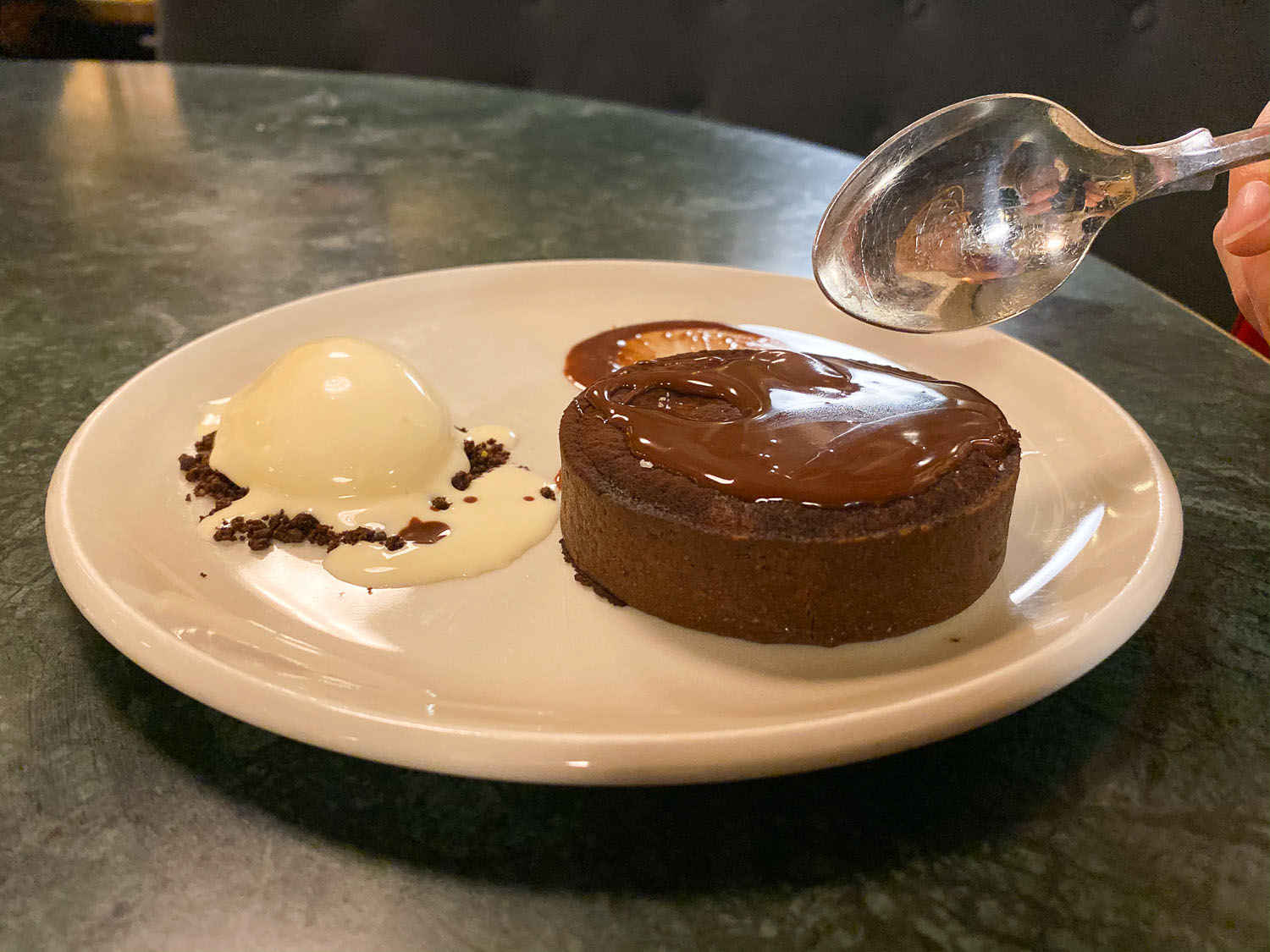 I’ll be testing Portrait Mode separately, but I’ve always liked the natural focus fall-off you get with close-up shots. 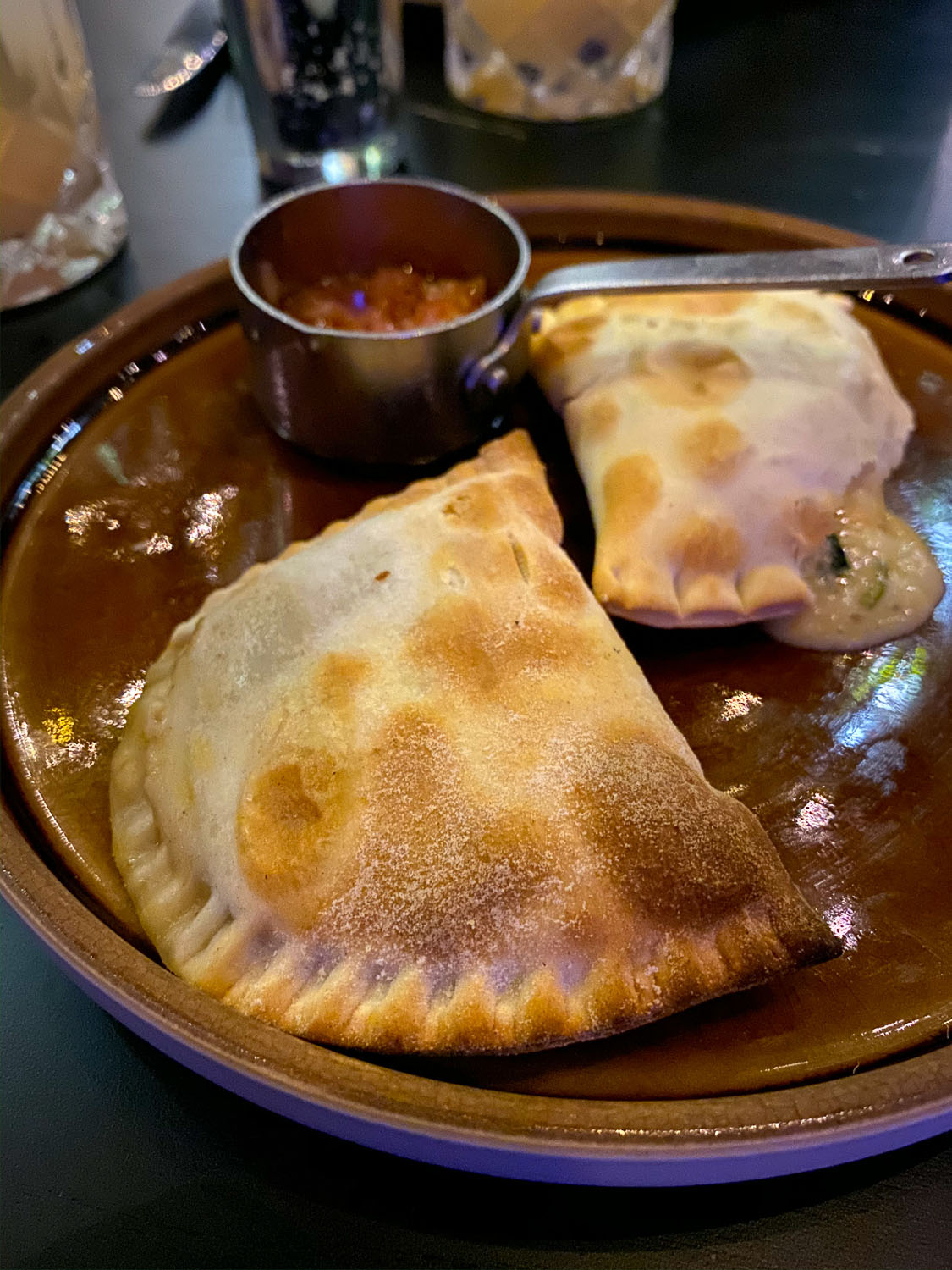 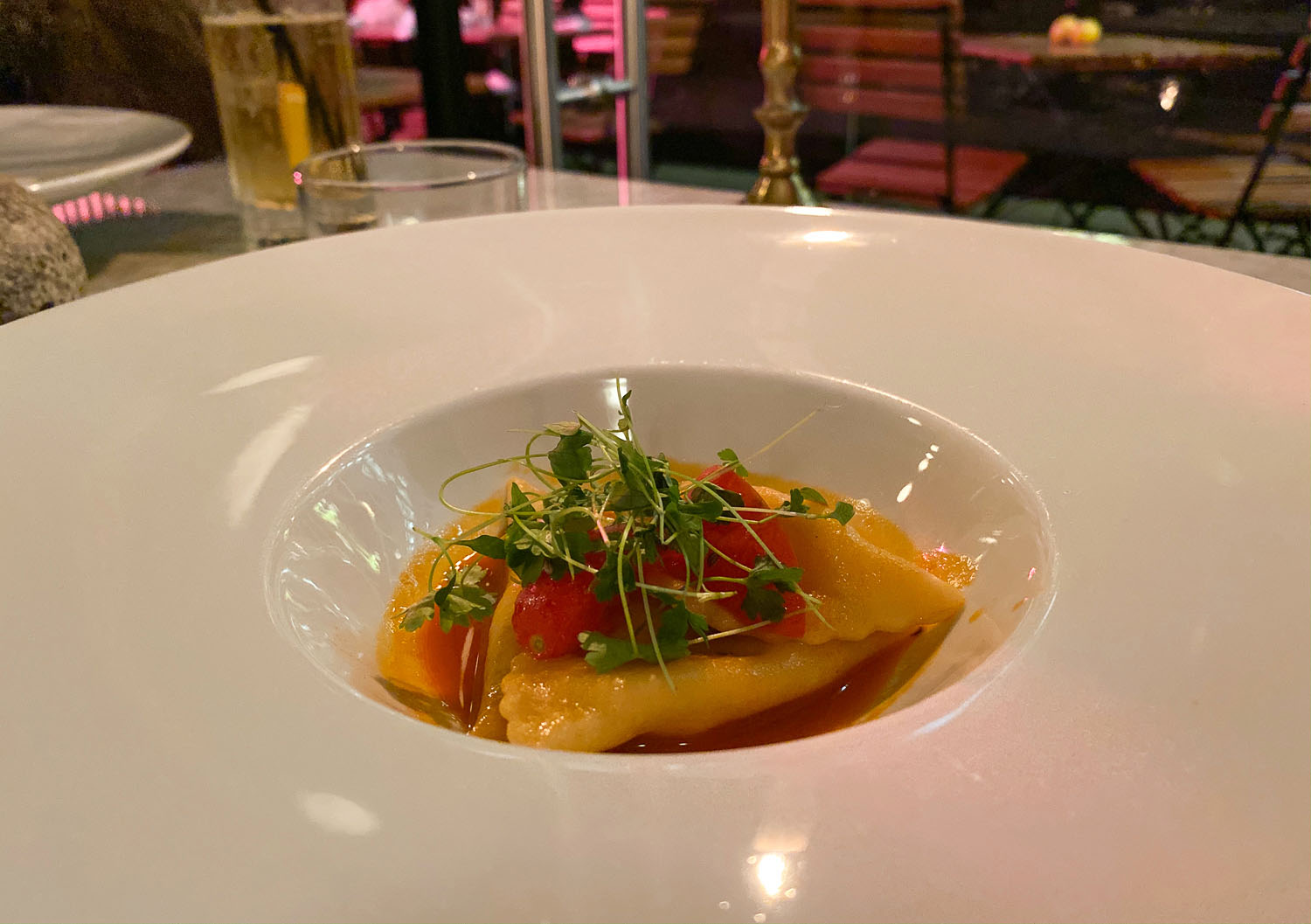 There was a time when I would have taken my Sony camera on an evening like this, but those days are definitely past. The iPhone 11 Pro camera is perfectly good enough for this type of casual photography.

The next test will be a tougher one: Portrait Mode in both daylight and low-light. Watch this space…