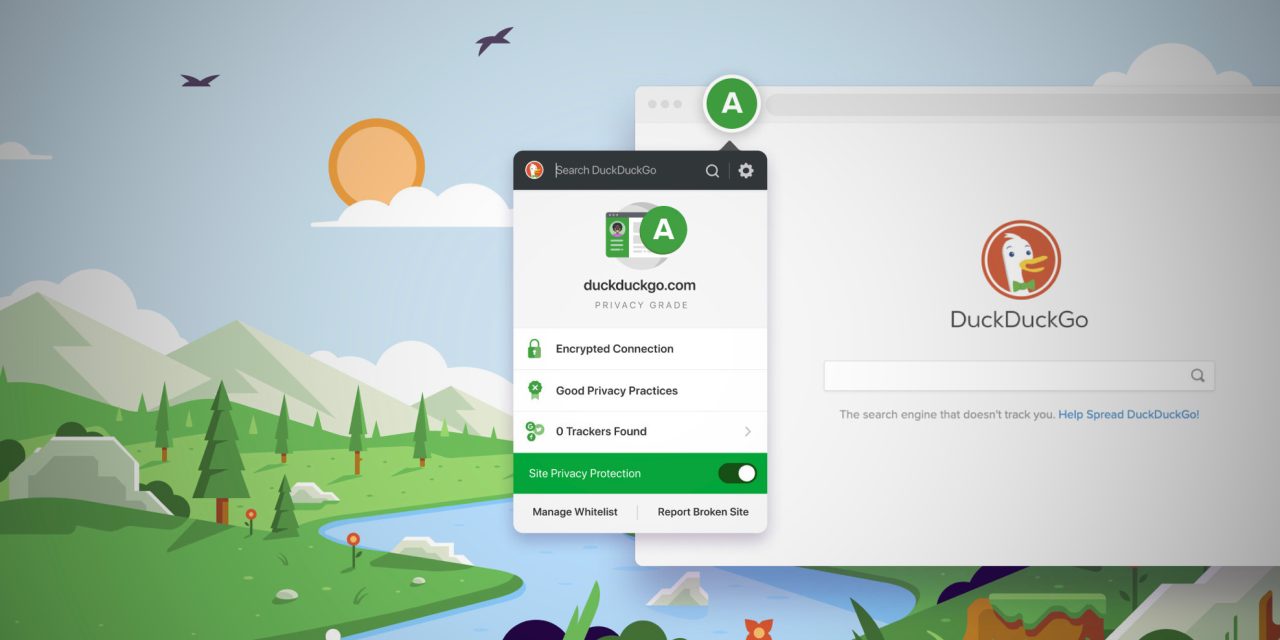 DuckDuckGo used to offer a Safari extension for its Privacy Essentials suite — available for Chrome and Firefox browsers — but it was removed due to platform changes in how Safari extensions worked last year. However, now it’s back…

DuckDuckGo says that new API features in Safari 13 allow them to bring back the extension. You can now download DuckDuckGo Privacy Essentials from the App Store.

The app requires macOS Catalina and Safari 13, as it depends on new APIs introduced in the latest version of macOS.

The extension itself is relatively self-explanatory: it’s a website tracking script blocker. It automatically blocks third-party trackers in pages as you browse the web. There’s a whitelist if you need to customize the filters for specific sites.

You can click on the DuckDuckGo Privacy Essentials toolbar button to see a report card for the current website, including how many tracking scripts were found or whether the connection is encrypted.

However, the automatic encryption proxy feature (what DuckDuckGo calls “Smarter Encryption”) is not available in the new Safari extension. The company says that it is incompatible with the new native Safari extension architecture, although it sounds like they are talking with Apple about ways to make this feature possible again in the future.

Apple has partnered with DuckDuckGo in various ways over the last few years, as the companies bonded over their shared privacy-centric values. DuckDuckGo is one of the four search engines officially supported by Apple in the Safari search bar, and DuckDuckGo now uses Apple Maps for place-based web results.

Find out more details about the new extension in the DuckDuckGo announcement blog post.