iPhone 11 Pro Diary: Using an iPhone as my only camera on holiday after all 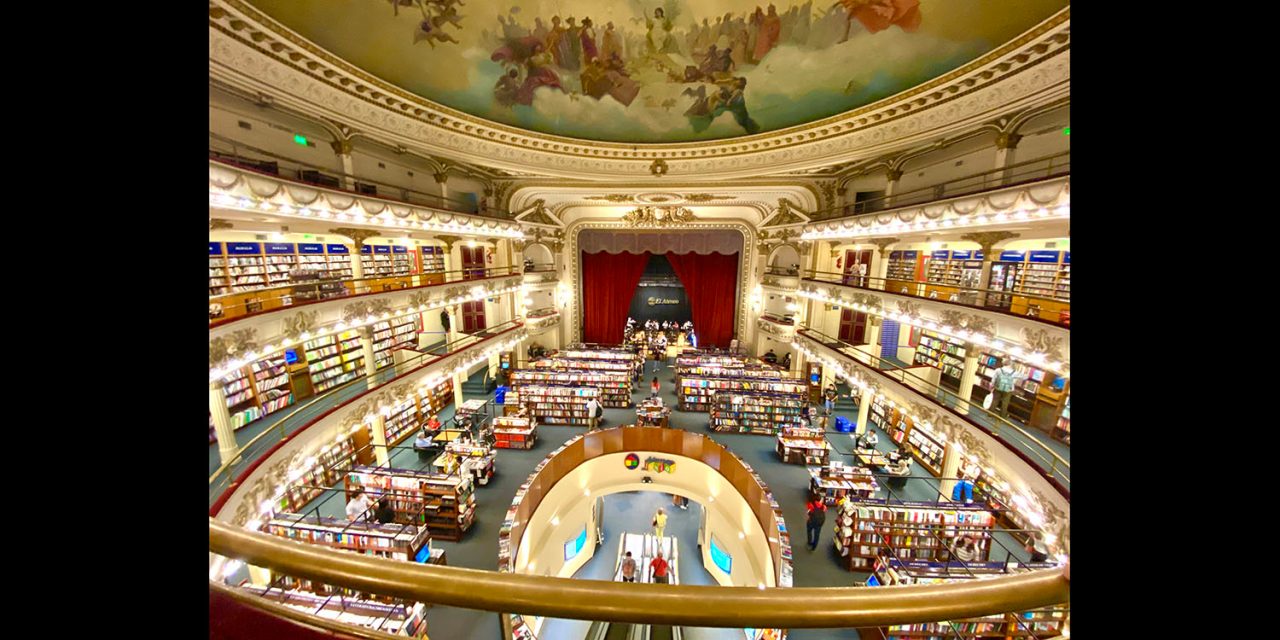 Yeah, I know that sounds strange, not long after I concluded that we weren’t yet at the point where I could use my iPhone as my only camera. Specifically, I decided it was a great social camera, but doesn’t yet replace a travel one.

There were, however, three reasons for having it be my only camera on this particular trip, which was to Buenos Aires…

I’d already decided that photography wasn’t going to be a focus. Instead, I planned to shoot very short video clips to edit into a very basic 5-10 minute video. But I did plan to use my Sony a6300 for some shots, and to use a gimbal for iPhone ones. In the event, I did neither.

The first reason was the nature of the visit. This trip was all about one thing: tango! I was basically dancing nonstop, which meant very little time for sightseeing.

Second, Steph injured her foot a couple of days before the holiday — hence the airport wheelchair in the opening shot! She was able to do some dancing, but had to take it easy, resting her foot in between dances, which meant very little walking. What walking she could do was extremely slow, so there wouldn’t be any dashing about the city in my usual fashion!

Third, I’d have to work in the mornings of the second week, so would have very little time for editing during the holiday. A busy time on our return meant not much opportunity afterward, either. This was the point at which I realized I’d have to scale back my ambitions from what might be termed a short film to the video equivalent of snapshots.

All of which meant my requirement for the camera were two rather basic things. First, be able to cope with a very limited number of tourist-style photos. The combination of the ultra-wide lens and Night mode meant the iPhone 11 Pro ticked that box. Above, for example, is the amazing El Ateneo bookstore, converted from a theater. Sure, my Sony would have done a somewhat better job, but this was a perfectly respectable shot.

Second, provide brief video memories of the milongas (tango dance events). Each clip was just a few seconds long, and all I did was assemble them pretty much in the order they were shot.

Deciding this took a lot of pressure off. When the result was going to be an unashamed home video of a holiday rather than anything artistic, I could literally pull out my camera for a minute or two at each milonga, shoot a quick clip and then put it away again.

It also meant that the standard I was seeking was very much more in line with that of a typical consumer, rather than a photographer. Indeed, for my tango blog and social media posts, I mostly just took screen grabs from the videos, rather than bothering to take separate photos. These are not great quality — the iPhone’s video quality is nowhere near that of its still photography quality in low light — but it was good enough for impressionistic snapshots.

Here’s an example of each, in similar lighting. This is a still photo: 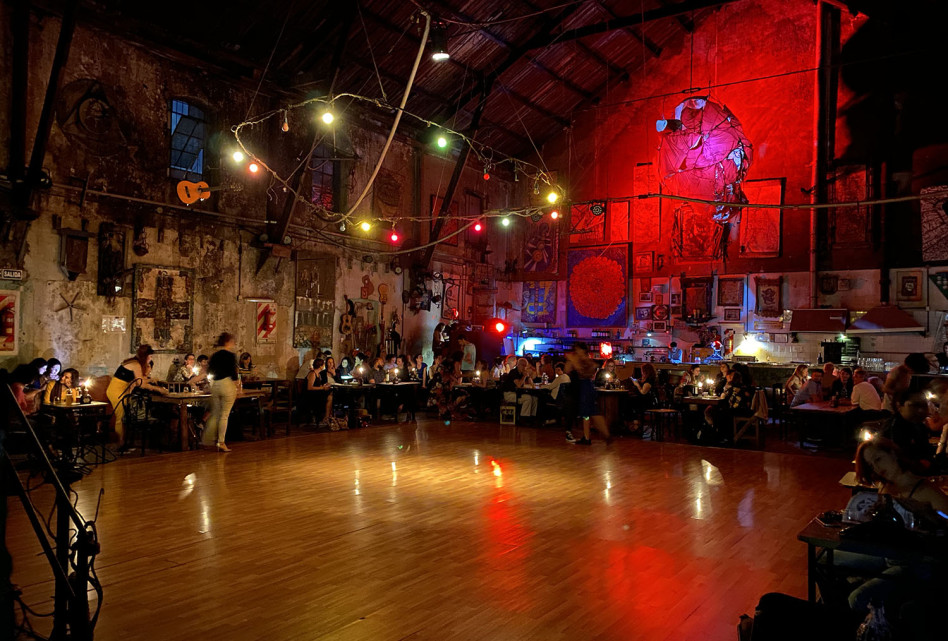 This is a video screen grab taken in similar light: 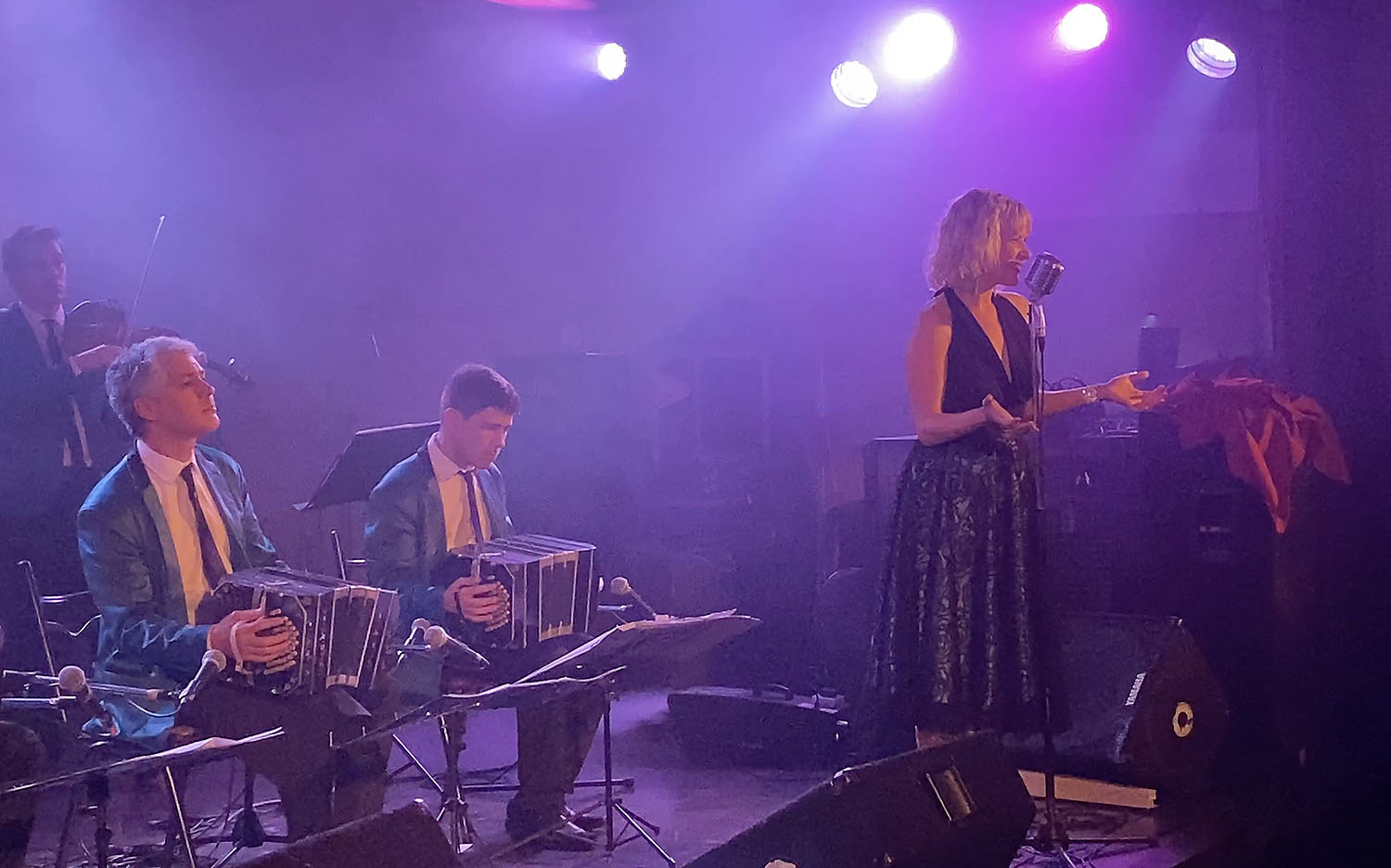 The video image is notably grainier, with less detail. But, crucially, it still captured enough light. The resulting image is still good enough for the task. It’s not good. From a technical perspective, it’s actually pretty terrible; take a look at the second bandoneon player’s face, for example. But it is good enough for this type of casual use at this kind of size.

One weakness I did notice is that there are quite a lot of internal reflections when there are lights in the shot. For example, when panning up in the book store, the rainbow-shaped crescent of lights are reflections of the balcony ones bouncing around inside the lens array. I see a lot of similar reflections in other clips. 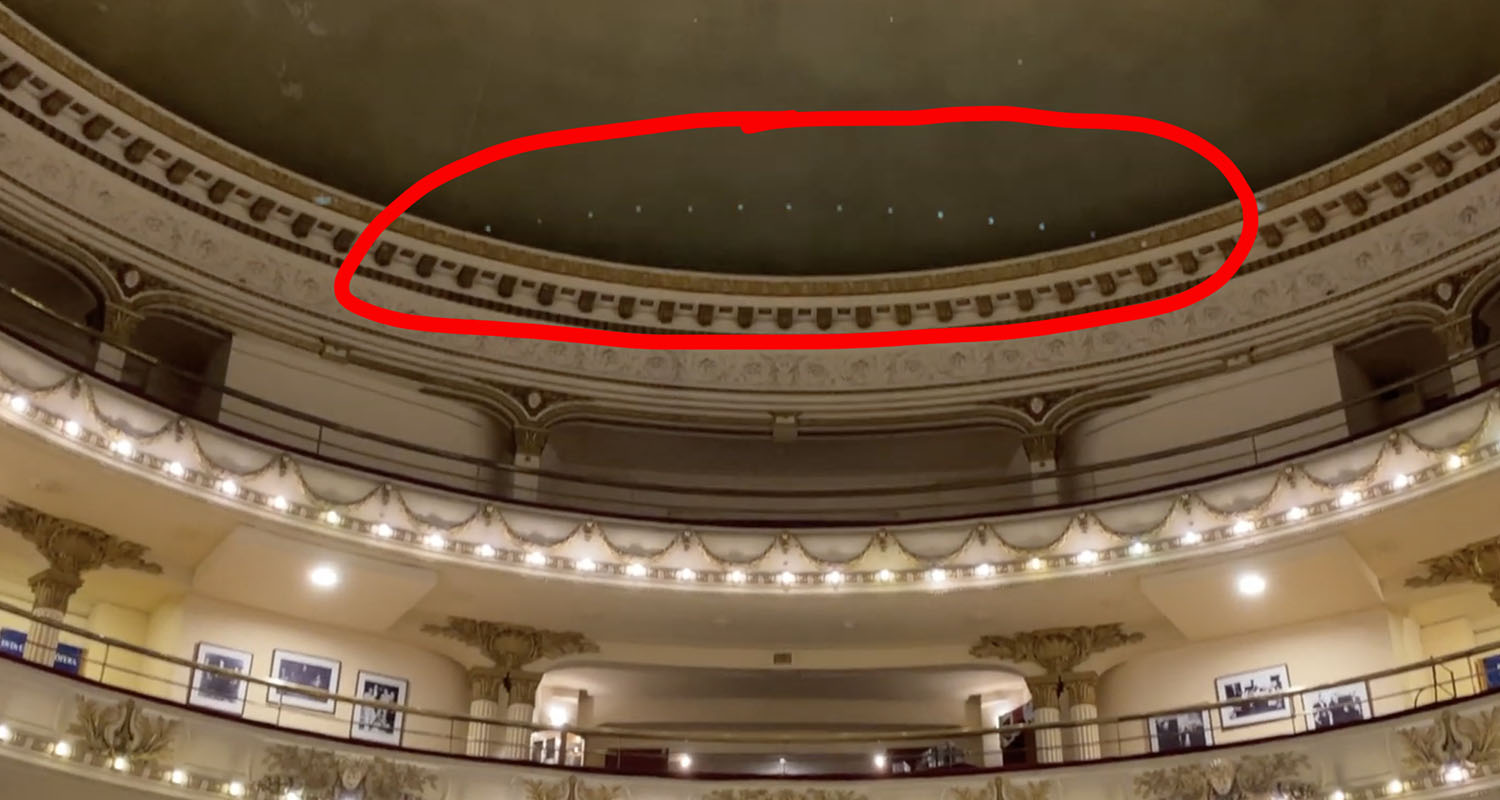 Would I still like to take some proper photos or more professional video on my next trip? Probably. It depends on how much time I spend dancing. But was I going to take a camera or gimbal out with me when I was squeezing 25 milongas into 12 days? Not a chance! So I’m just grateful to have a camera that slips into my back pocket while dancing that hits the “good enough for the job” threshold.

Here’s the resulting video. No comments on my dancing, please …