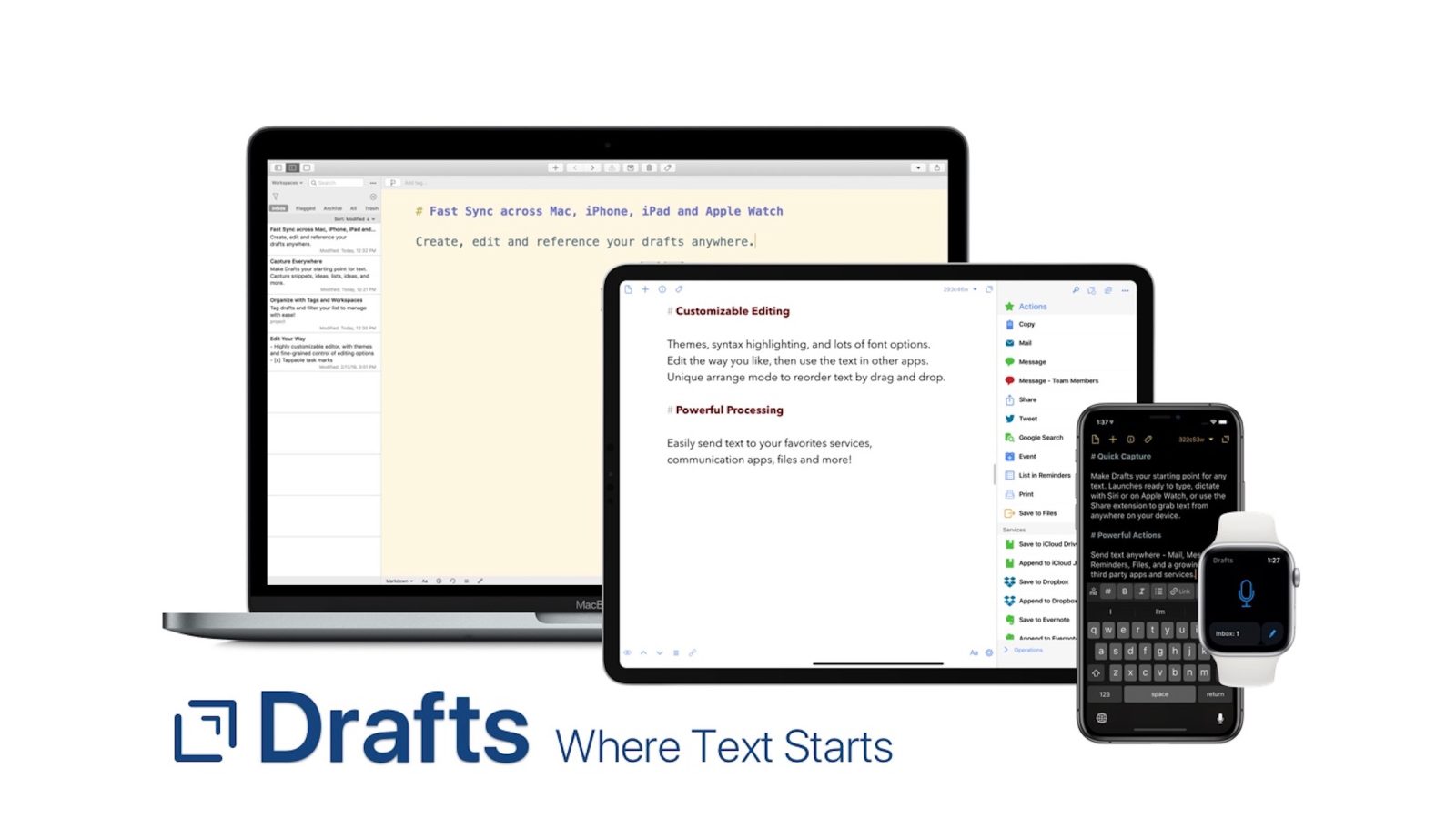 Drafts is a powerful app available for Mac, iPhone, iPad, and Apple Watch, focused on allowing you to quickly capture, share, and create text. Today, Drafts for Mac has been updated with support for actions, allowing it to integrate closely with an array of third-party applications.

On iOS and iPadOS, the actions feature has been one of the most useful functionalities offered by Drafts. Now, that same feature is coming to the Mac. Essentially, actions in Drafts allow you to integrate with third-party apps and services to “manipulate your drafts and text with scripted actions.”

By default, Drafts for Mac includes action groups for “Basic, Editing, Markdown, Tools, and Processing.” There’s also the Drafts action directly, where you can find a repository of add-ons for the app. You can access your actions via keyboard shortcuts, the action list, and the action bar.

It’s hard to explain exactly what you can do with actions in Drafts, largely because the feature is so powerful and versatile. Basically, you can assign a certain process to a dedicated button. For instance, you can integrate with WordPress to publish directly from Drafts to your WordPress blog. You can integrate with Things to send text from the Drafts app to the Things app as a task.

Drafts actions also work across platform for most services and applications. This allows you to sync actions between your different devices, and access them regardless of where you are.

Drafts 16 for Mac includes other enhancements, as well. There are tweaks to the windowing behavior, the ability to filtering by tag, batch tagging, and more. You can find the full release notes on the Drafts forum.

MacStories has a great in-depth look at Drafts for Mac and the new support for actions. Be sure to check that out for more details. Drafts for iOS has also been updated today with performance improvements, new customization and control options, and more. Read those release notes here.