Can the Apple Watch Series 5 survive a half marathon with always-on display? Just plan ahead 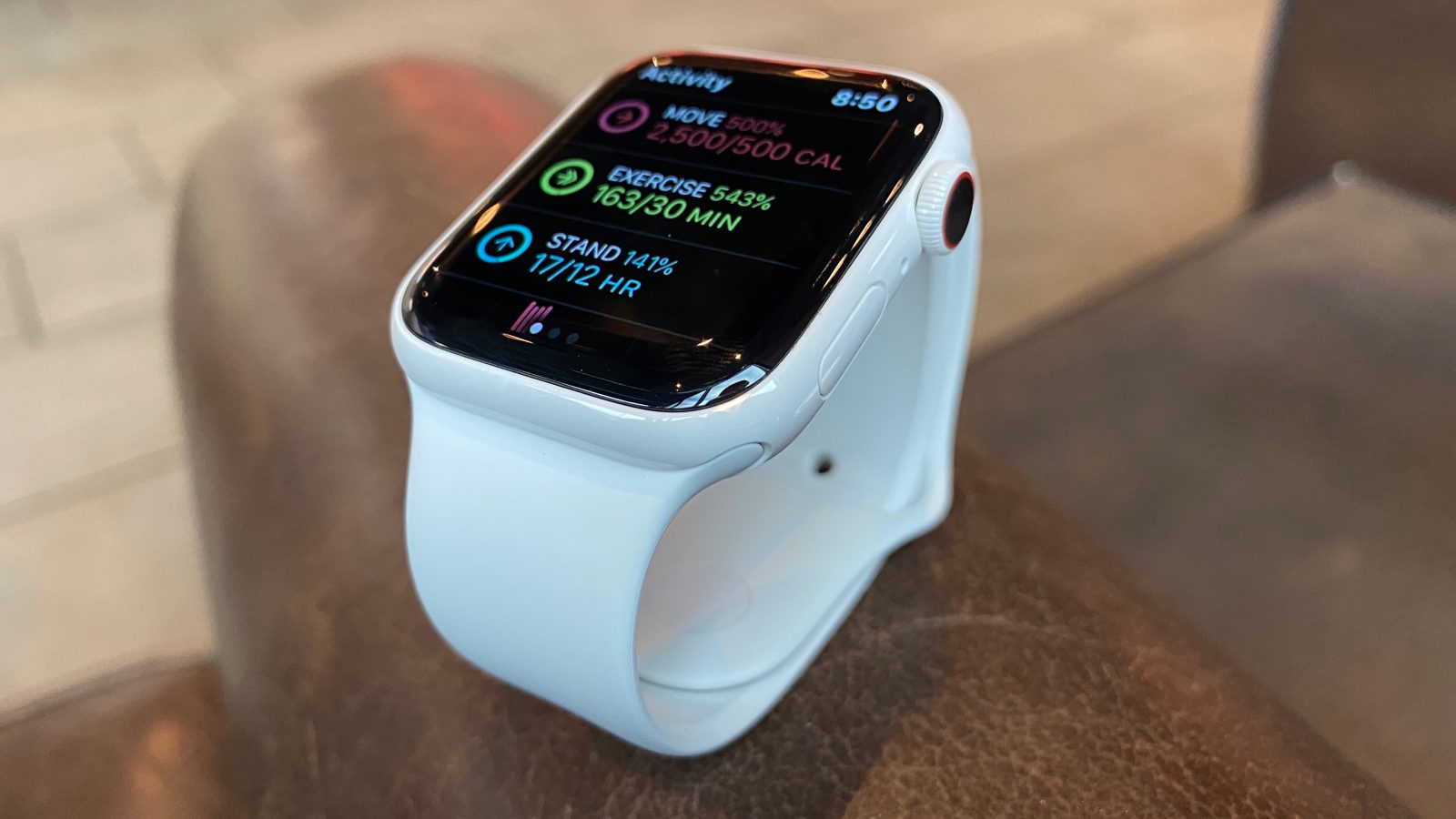 This fall I committed to running three half marathon races across November and December. Each race is a chance to test the Apple Watch Series 5 in a different configuration to better understand how various features affect battery life.

The always-on display is the headlining new feature for Apple Watch Series 5, but I was hesitant to use it during the first of three races this year. I didn’t want to risk losing workout data to a dead watch at Disney World. After finishing the first race with 40% battery left, I decided to use the next race to test always-on display during a half marathon.

Apple Watch Series 5 is not a giant leap of an upgrade over Series 4. For year-over-year upgraders like myself, the always-on display is the one new feature that you regularly notice during daily use. (No offense to the compass!)

While the Series 5 isn’t technically faster than the Series 4, the always-on display does make it feel more responsive. The data that you want to read from the screen is ready instantly because it’s always showing. It’s like a very short buffering screen has been removed.

The benefit of the always-on display isn’t just about not needing to rely on the raise-your-wrist gesture to activate the display. You can definitely see the display at odd angles without motioning your arm, but there’s more to it.

Through both routine and necessity, I’m still using the same gesture to check my watch in most instances. But the time between initiating arm movement and processing information feels cut in half. That’s especially true during workouts when the delay between the raise-to-wake gesture and the screen lighting up felt a beat slower. 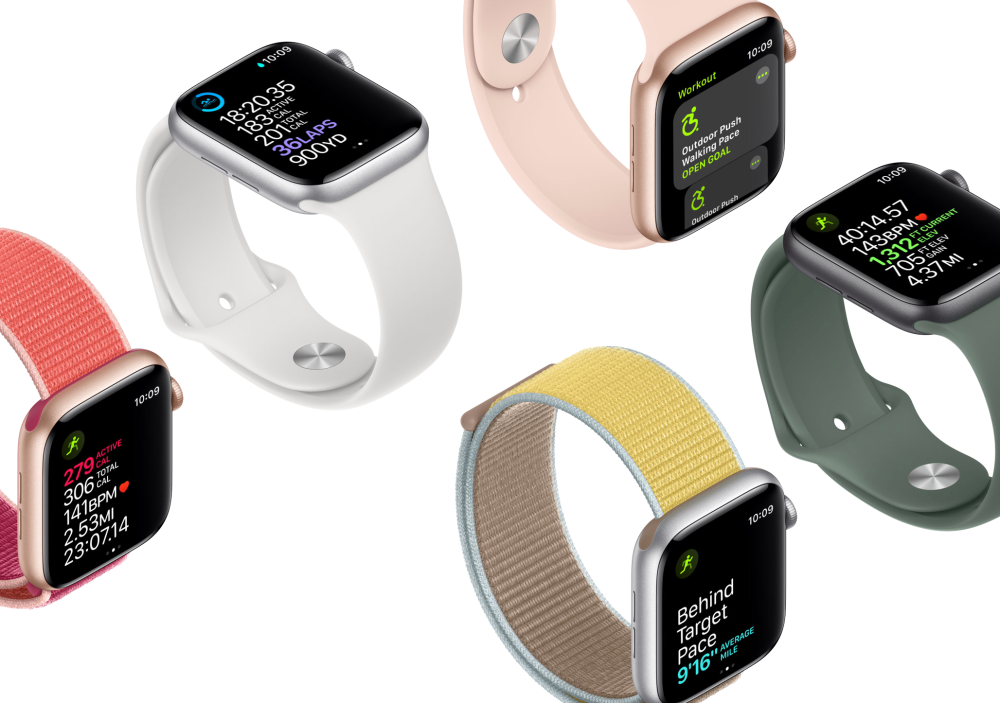 When I’m running to music and my breathing and pace are all in sync to a rhythm, I’m especially perceptive of latency and delays in the technology I’m using. The delay from motioning your wrist and waiting a split second for the screen to light up is gone with the always-on display.

The Workout app still animates but its lower power state shifts to the full version after you activate the screen, but you see the essential information like distance and run minutes and seconds before the milliseconds appear.

No other app is tuned for the always-on display yet so this benefit is exclusive to Apple’s Workout app, but the built-in app has sophisticated features for runners so I don’t mind.

The race was my fifth half marathon and my second at the Stennis Space Center. My goal was to enjoy the morning and finish feeling good. It was also my wife’s first half marathon race so we spent a few miles running together before running solo.

I spent 2 hours 28 minutes on the course then forgot to end my workout for several minutes after reaching the finish line. I checked my watch battery life about 15 minutes after finishing the race and saw 8% remaining.

That’s cutting it close in retrospect, but the watch stayed powered with the display on through all 13.1 miles. I probably couldn’t have streamed music that wasn’t already synced to my watch though. During the previous race with the same watch, I saw 40% remaining from using a different configuration.

The three variables this time included how my playlist was played (synced versus streamed), allowing notifications, and using the always-on display instead of keeping the display totally off.

I’ve also landed on preferring Beats Powerbeats Pro during long runs over Apple AirPods Pro. There’s no active noise cancellation or transparency feature, but the adjustable fit and volume control buttons are appreciated when running for more than a half-hour. AirPods Pro remains my pocket earphones for almost every other occasion.

Battery life isn’t a concern for either earphones, but Powerbeats Pro did have 70% battery (of 9 hours) left compared to AirPods Pro with 36% (of 4.5 hours) after the race. 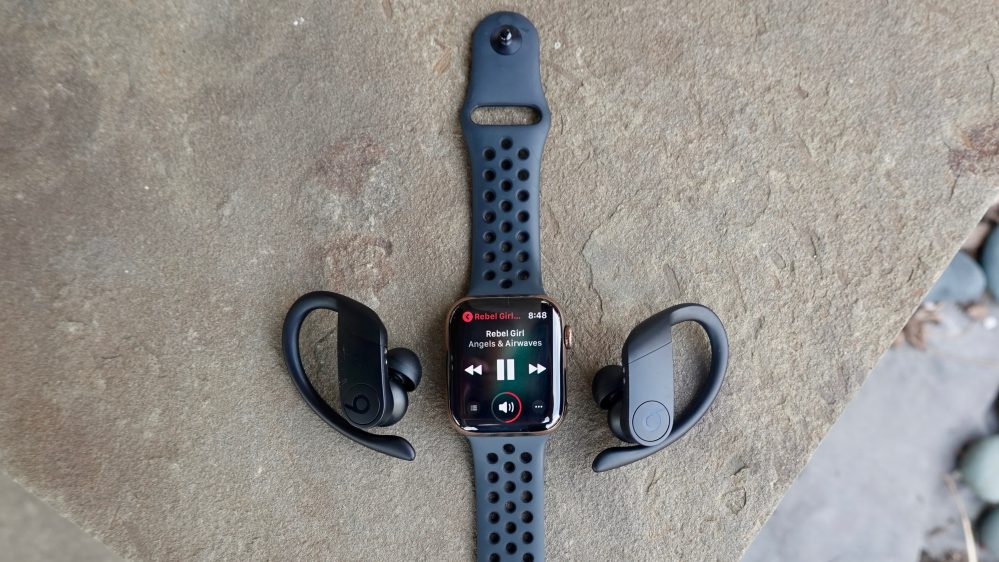 I kept notifications turned on just in case my wife needed to contact me during the race since she was running too, but I had a surprise pesky alert that joined me for several miles.

I recently started testing Apple’s new HomeKit Secure Video feature. My outside security camera sends notifications when motion from people is detected if no one in my family is home. Unfortunately, motion from an inflatable Santa Clause on my porch triggered this alert over 20 times throughout the race.

I probably should have used Do Not Disturb after the first few alerts! Santa has since been relocated away from the camera’s view.

After the race, I asked my wife and our friend how their Apple Watch Series 5 battery life faired after the half marathon too. We all finished within 6 minutes of each other, ran without iPhones, and used Bluetooth heart rate monitors. 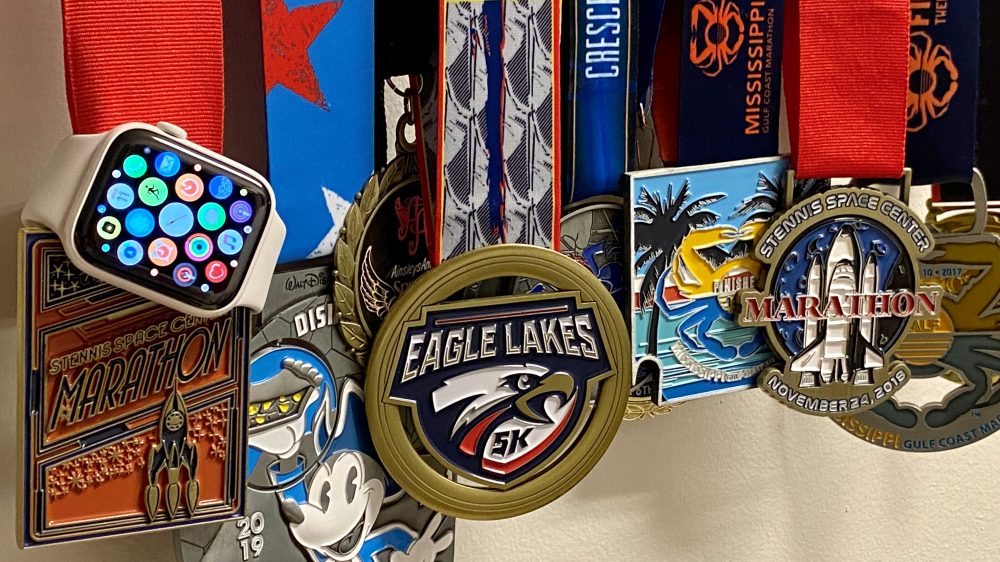 So now I’m curious! I greatly prefer to run with cellular turned on just in case there’s an emergency while I’m away from my iPhone, but I also wonder just what battery life for my watch would be like using the always-on display without cellular during a half marathon.

The good news is my next half marathon (the last of three this fall) is in just a few days so I can report back soon! In the meantime, thanks for reading and enjoy a promo code for a free year of Tempo Premium courtesy of Rahul Matta, maker of my favorite run logging app for iPhone. Just leave a comment below after you claim a promo code please!