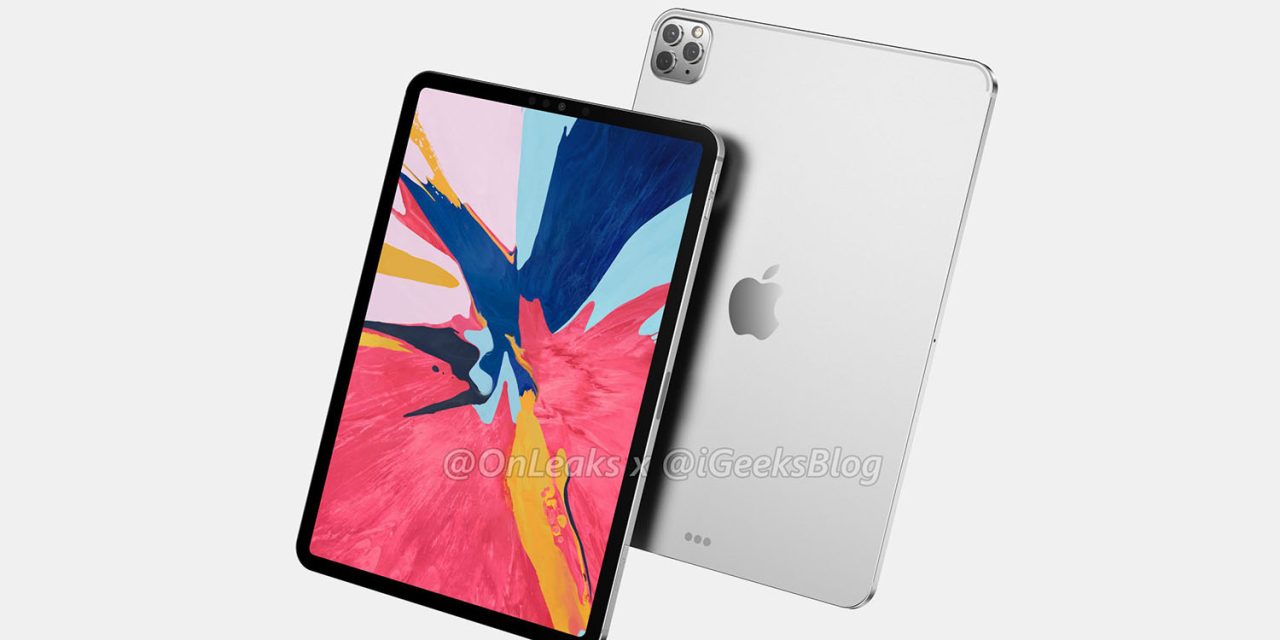 Should you wait for the 2020 iPad Pro, or is it OK to buy now? That’s a question a lot of people are asking at present, following reports that we’re likely to see new iPads in the first half of the year.

It is, of course, a truism in tech that, whenever you buy, something better will come along shortly afterward. You can’t worry about that, or else you’ll never buy anything. The question, then, is how big an upgrade are the 2020 iPad Pro models likely to be?

Let’s start with changes we’re not likely to see.

There has long been talk of even larger iPads, with a 14.9-inch model suggested. Indeed, in a reader poll, some 45% of you wanted to see something larger than the 12.9-inch iPad.

Personally, I’d love one. It wouldn’t ever leave my home, but there are plenty of times when I’d really appreciate a larger display for home use.

However, while I’m sure there’s a 15-inch iPad prototype floating around in Apple’s design lab, there’s been no indication at all that we’re going to see a larger one next year. The most recent report suggests that the external dimensions of the early 2020 models will be identical to the existing ones.

While it’s not impossible that Apple might make the bezels slightly smaller, it doesn’t seem likely. Chances are that it will be the same display size in the same size casing.

It also seems unlikely that Apple will make the switch from LCD to OLED. The type of advanced OLED panels used in the latest iPhones would pose both cost and yield challenges, and there’s been no supply-chain suggestions of any switch at this point.

It’s also a safe bet that we won’t see 5G support in this year’s iPads: Apple always introduces new tech to the iPhone first, with the iPad following on behind. Expect 5G iPads next year.

Things the 2020 iPad Pro may offer

Renders based on a claimed design leak suggests that this year’s iPad Pro models may well get the same triple-camera module as the iPhone 11 Pro.

While some have wondered what the point would be, as taking photos with an iPad is generally considered something of a joke, the leak is via Steve H. McFly, aka Onleaks, who correctly rendered the iPhone 11 Pro design in January of last year. It’s also consistent with a number of earlier reports.

Personally, I find the iPad a useful indoor camera, especially for product shots. The large display makes it easy to check focus, and also gives a better sense of the framing than a smaller iPhone screen, so the idea doesn’t seem as far-fetched to me as it does to some.

What might be more interesting to many is a time-of-flight (ToF) camera system for better augmented reality performance, but, like 5G, that is extremely unlikely to come to the iPad ahead of the iPhone.

Better performance is a given, but in all honesty, there are few usage patterns that will benefit from it to any notable degree. What might be more appealing is if Apple finally bumps up the storage options. Currently, the base model is 64 GB, a pretty embarrassing starting point for a pro model in 2020. So we could see that boosted to 128 GB.

Whether that would cascade through the higher storage tiers is a much trickier question. The four current storage tiers are 64 GB, 256 GB, 512 GB, and 1 TB. If the entry point is doubled to 128 GB, would the other levels remain the same, or could we see 512 GB, 1 TB, and 2 TB options?

It’s not impossible. Flash storage gets cheaper all the time, and we’ve already seen that reflected in the 16-inch MacBook Pro models, now offering cheaper SSD options throughout — and a massive 8 TB maximum. I wouldn’t, however, put money on it. The current 1 TB maximum is still a huge amount of storage for a tablet, and I suspect just a tiny percentage of buyers go for it. So my money would be on the remaining storage tiers going unchanged.

If you do use your iPad Pro as a camera, the reports seem sufficiently plausible to me to suggest waiting in the hope that the triple-camera setup reports are accurate. That would transform the photographic capabilities of the device.

If your plan is to buy the base model when it comes to storage, there too I’d suggest waiting. That bump from 64 GB to 128 GB is far from certain, but I’d say there’s at least a decent chance, and it does make the machine significantly more useful when it comes to things like downloading movies and TV shows for viewing on planes and in areas with poor connectivity.

If you really do max out the performance of your iPad with things like video editing and games, that too would be another good reason to wait.

Finally, any new model means discounts available on the old one. While Apple will simply replace the existing one in its lineup, the older models will still be available from other outlets, so you’ll likely save some money by waiting.

Otherwise, though, I’m not expecting too much. Yes, the new iPad will be better in some respects, and there’s always the chance that Apple has a surprise in store, but you have to weigh that against the fact that if you buy now, you get to enjoy your new iPad for three to six months longer than if you wait for the upgrade. I’d say that if none of the above arguments apply to you, you might as well start enjoying your device today rather than wait an unknown period of time for rather marginal improvements.

What are your plans? Please take our poll and share your reasons in the comments.