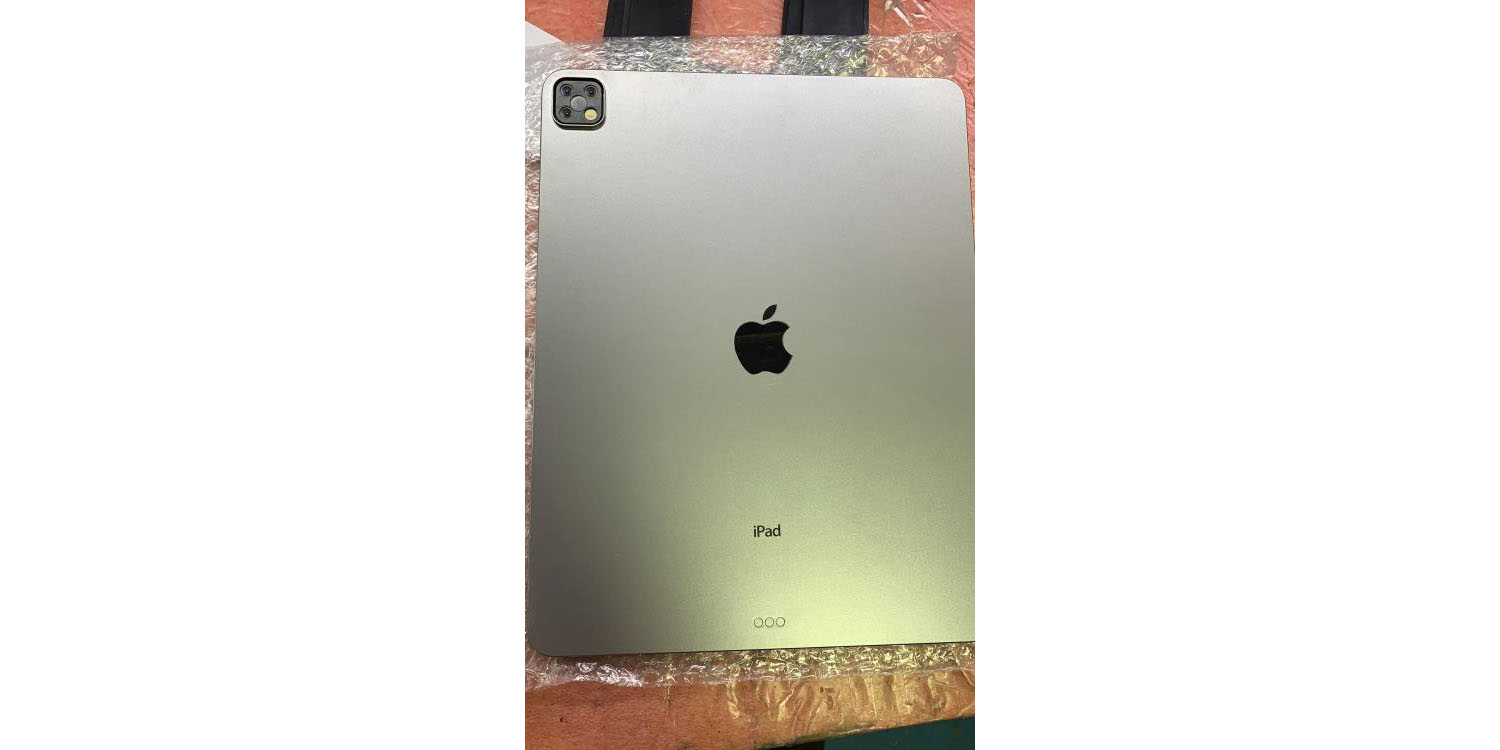 A couple of reports last month suggested that a 2019 iPad Pro would this year offer the same triple-camera arrangement as the iPhone 11 Pro.

We’ve so far seen only a rather fuzzy photo mockup of what such a device might look like, but there’s now a physical dummy model…

Sonny Dickson has a photo of the dummy device, stating that it comes from a reliable source.

We’ve obtained a final design mockup of Apple’s upcoming iPad Pro hardware from a source that has repeatedly been reliable about previous iPad hardware, showing Apple’s new camera hardware as featured on the iPhone 11 Pro gracing their upcoming refreshed lineup of iPads.

The hardware is extremely similar to what is featured on the iPhone 11 Pro, and is expected to offer the same benefits to creative video professionals. The design is a nod to Apple’s intent to offer pro users of the iPad a device on which they can comfortably shoot and edit 4K quality video all from one device, offering the freedom to take their setups on the go without a bundle of extra hardware attached to a Mac.

The camera module has a less finished look that the real thing on the iPhone 11 Pro and the site says it’s unaware of the reason for this.

A Bloomberg report, also last month, backed the Macotakara one. That same report correctly predicted the iPhone 11 Pro’s ability to take three simultaneous photos from each camera, and the smartphone’s greatly improved low-light capabilities, as well as the 10.2-inch iPad replacing the 9.7-inch entry-level one.

While people taking photos with the iPad is widely mocked, the large display does make them useful for photos requiring critical focus or precise framing. I don’t use mine as a camera while mobile, but I have used my iPad to take photos at home – including shots for reviews.

There were a number of things Apple didn’t announce in this month’s event, making it seem likely that an October (or later) event is on the cards. In addition to 2019 iPad Pro models, we’d also expect to see the launch of Apple Tags – which Apple almost certainly planned to reveal at the September event – as well as a 16-inch MacBook Pro and refreshed Apple TV, but probably not an AR headset.