Opinion: My take on everything Apple announced yesterday 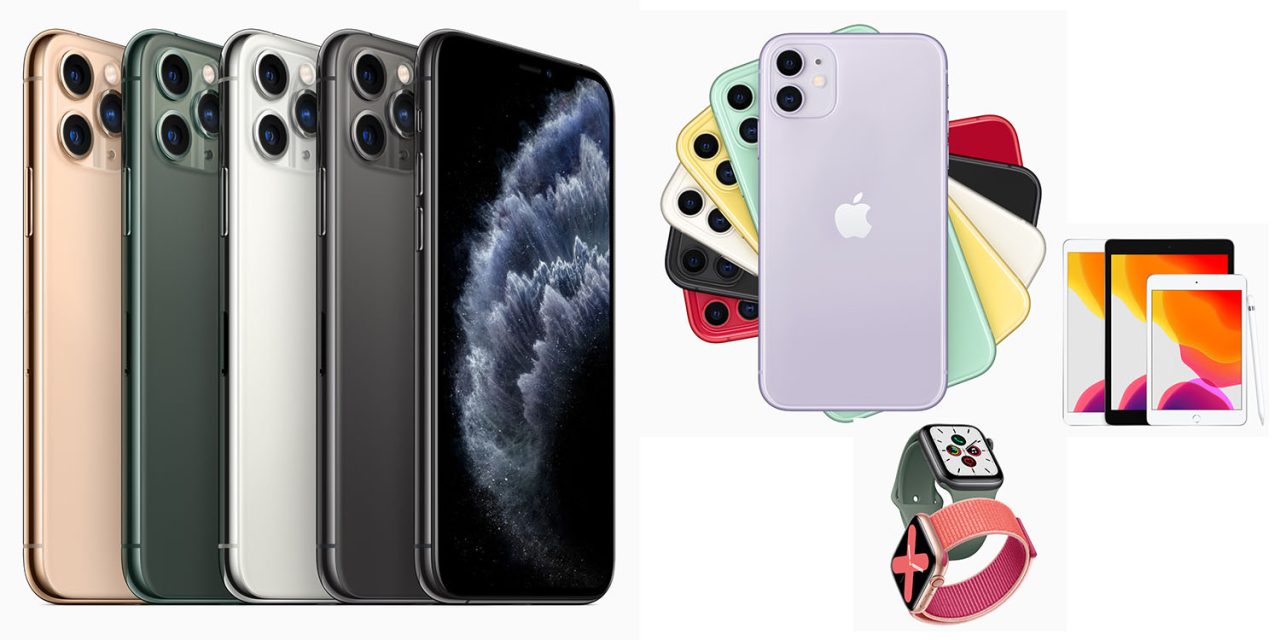 It’s the morning after, and time to provide my take on everything Apple announced in yesterday’s keynote. Some of it was as expected, some of it was a surprise – and some of it was notable by what the company didn’t announce.

Arguably, of the three new models, it’s the base model iPhone 11 that’s the most important – just as the iPhone XR was last year. I said then that Apple had achieved a fantastic mix of design, price, and features – which would be enough to persuade many owners of older models to upgrade.

To offer something very close to the iPhone X/XS/Max form factor at a $749 price point is huge. And the near-bezel-free design also meant including the headline feature of last year’s flagship iPhone: Face ID. Throwing in Portrait Mode means you can now buy an iPhone that gets most non-technical customers the flagship design and features they want at 75% of the price of the iPhone XS.

And as the icing on the cake, you get some great new colors. The iPhone XR is going to absolutely fly off the shelves.

And I was right: it did.

The iPhone 11 will, I think, do the same. First, it gives owners many of the same features as the much more expensive iPhone 11 Pro:

Indeed, the list of what base-model iPhone 11 owners don’t get is shorter:

Design-wise, yes, the ‘premium, textured matte finish’ looks nicer, and stainless steel has a nicer feel than aluminum, but everyone puts their iPhone in a case anyway.

Even Apple struggles to come up with strong reasons to buy the Pro.

For me personally, I use the telephoto lens quite often, and the larger bezels would bother me after the iPhone X – but I could otherwise happily opt for the base model myself. And it’s the non-Pro model I’ll be recommending to most people who seek my advice (though I will be recommending 128GB or 256GB storage if they shoot video).

The new camera features are huge. That ultra-wide lens will be brilliant for both cityscapes and landscapes. If the new Night Mode works as well as it claims, Apple may finally have made the iPhone the only camera I need when traveling.

Making the front-facing camera a serious one, and allowing simultaneous front and rear recording, is also a tremendous feature. That will be used professionally, for interviews, but I think consumers will love it too – for example, capturing their own reactions as they shoot video of a stunning place to visit. Parents will use that with kids for sure. Add in the factory calibration of all the three rear-facing cameras for seamless switching between them, and the iPhone 11 Pro becomes a pretty capable cinematic tool.

The increased battery-life too is a huge benefit; more on this shortly.

An always-on display has been one of the most-requested features for the Apple Watch, so pulling this off is also a massive win.

The big challenge has always been battery life, but the new Watch uses two technical tricks to make it work. First, auto-dimming – which was always obvious. Second, and less obviously, dynamically reducing the refresh rate, all the way down to 1Hz.

I’m not sold personally. When I want to look at my Watch, I turn my wrist and it’s on. Having an always-on display would, indeed, be a distraction to me. But I recognize it’s something a lot of people want, and for which they’ve been waiting.

The new titanium finish looks great, and the return of ceramic will please many and boost Apple’s ASP – something it will need after reducing the price of the cheapest iPhone in this year’s line-up.

Finally, including emergency international calling in the cellular model, with or without a plan, is a feature which will undoubtedly save lives.

Apple continues to offer a great deal on its ‘default’ iPad. My advice to friends did change after the launch of the slim-bezel 12.9-inch one: I think that’s such a fantastic device that I recommend it to everyone who has the budget.

But for those who can’t justify that kind of spend, the $329 9.7-inch one has offered a lot of iPad for the money, and now the replacement gets a 10.2-inch display for the same money.

My one complaint on the iPad front is the impact of the proliferation of sizes on accessories. Many people end up spending significant sums on cases and keyboards, and an upgrade becomes much more expensive if you have to replace these too. But, for most normals, their iPad upgrade cycle is probably not massively different to that of their laptop, so it’s not a frequent expense.

Pricing was the big surprise with the latter, of course. Even at $4.99/month, it doesn’t look great value at launch when you compare Apple’s content to that of the potentially-cheaper Disney Plus or Netflix. But, as Cook argued, it’s the rental price of one movie. It’s certainly an easier sell than the rumored $9.99/month.

Offering a year free with any purchase is genius. It instantly gets Apple TV+ a massive audience and gives the service time to get people hooked. Otherwise, they were all just going to binge the likely one or two shows they actually want now during the free trial.

On Apple Arcade, I have no opinion. I’m not a gamer and was impatiently waiting for the keynote to get past the point where ten million people were watching some guy play a game. You tell me.

My colleague Mayo has addressed this, but Apple surprised on several fronts when it came to pricing. Everything from a cheaper base model iPhone to a stunning $199 Apple Watch Series 3. That’s the kind of price that will attract a lot more customers.

One rumored iPhone feature that didn’t make the cut was bilateral charging. Some might argue that Apple never promised it, and there’s no evidence it was ever planned, but the sources were good, so I do tend to believe it was planned.

Indeed, I predicted yesterday that the event would provide a big clue as to the veracity of the story.

And, surprise, the iPhone 11 Pro gets an extra four hours of battery life over the XS, while the Pro Max gets five more than the XS Max. So yeah, that was a real feature that got cut.

Then there were Apple tracker tags. As we noted yesterday, the new iPhones include a U1 Ultra Wideband spatial location chip, but the reason for it wasn’t mentioned in the keynote.

What was notably missing from the keynote today was a U1 device: the Apple tracker tile accessory. As the keynote was only an hour and 40 minutes in duration, it seems like Apple may have cut the Apple Tag announcement at the last minute. Apple events are usually timed to hit the two-hour mark.

So that’s likely two things that were planned but abandoned at a late stage.

As additional evidence that these were late decisions, there’s the tagline Apple used for the event: ‘By innovation only.’ The tags would definitely justify that description: it’s a brilliant new way to make such trackers genuinely useful as a mass-market product. Without that, where was the innovation yesterday?

There was also no 16-inch MacBook Pro. All of which points pretty clearly to a second event later in the year.

That’s my take on everything Apple announced yesterday; what’s yours? As always, please share your thoughts in the comments.