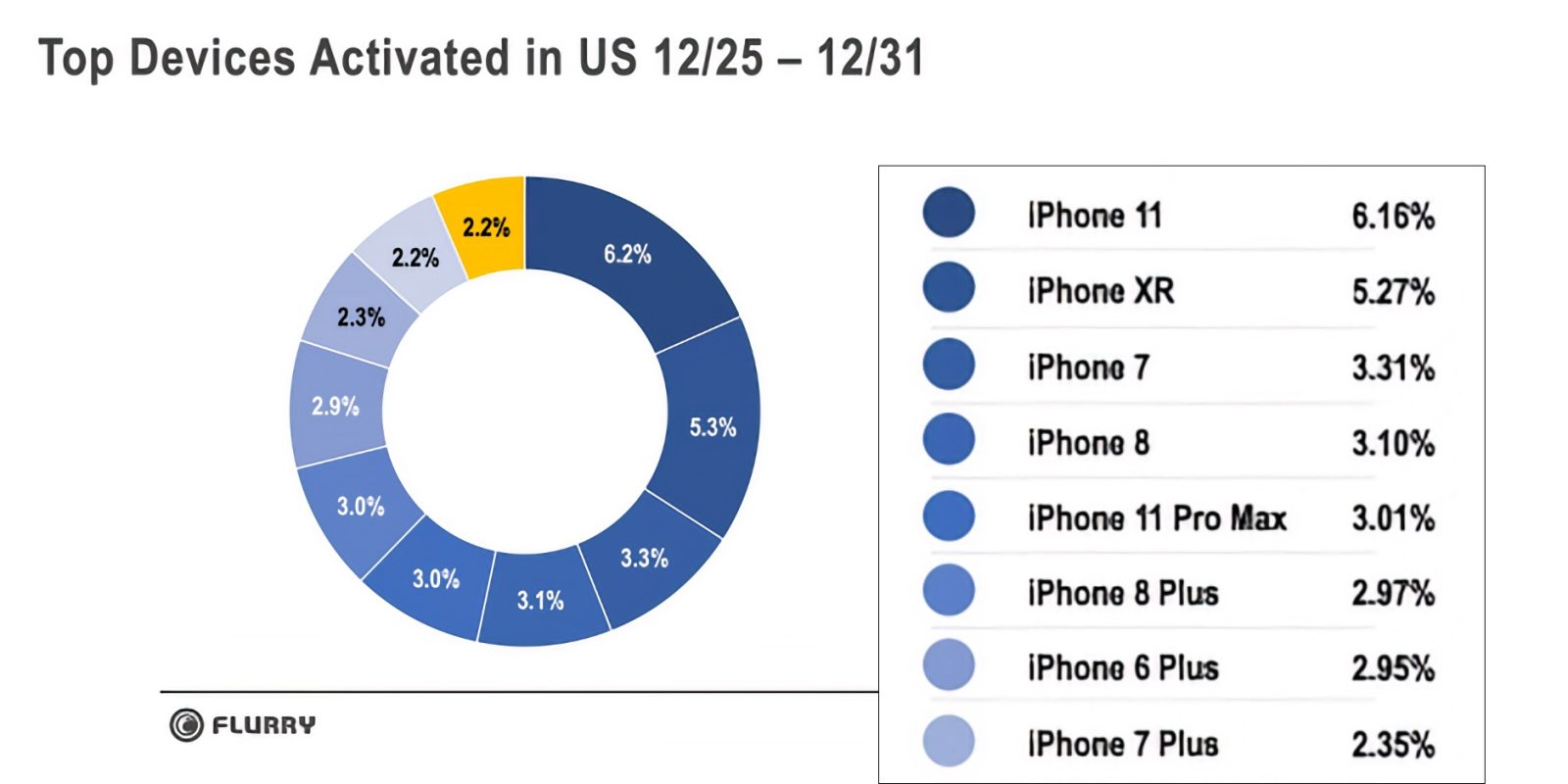 In a report from Flurry Analytics, Apple was the winner of the holiday gift season with the iPhone 11, iPhone 11 Pro, and a healthy mix of older models contributing to the company’s dominance over every other manufacturer, in the United States at least.

For the period Christmas Day through New Year’s Eve, Apple iPhones and iPads represented about 43% of all mobile device activations in the US, according to the report.

Despite not appearing in the top 10 chart, Samsung was actually the second most successful manufacturer for the overall US holiday period, with a diverse share of cheaper handsets making up the majority of its activations.

On just Christmas Day, the report says that Apple iPhone models took the top nine spots for activations. That means a lot of iPhones were sitting under the Christmas tree ready to be unwrapped.

Over the week, the entry-level Apple flagship phone, the iPhone 11, was unsurprisingly the most popular phone with 6.2% of the total pie. iPhone 11 Pro and iPhone 11 Pro Max accounted for 5.27% share.

The other spots in the list show a long tail of older iPhones in use with iPhone XR, iPhone 8, iPhone 7, and even the iPhone 6 Plus making the list.

This report only covers phones and tablets. All signs point to holiday demand for AirPods and Apple Watch also being strong. Apple reports official quarterly earnings on January 28. Although the company no longer releases unit sales numbers, we will see how well Apple’s holiday quarter sales affected the bottom line financials.