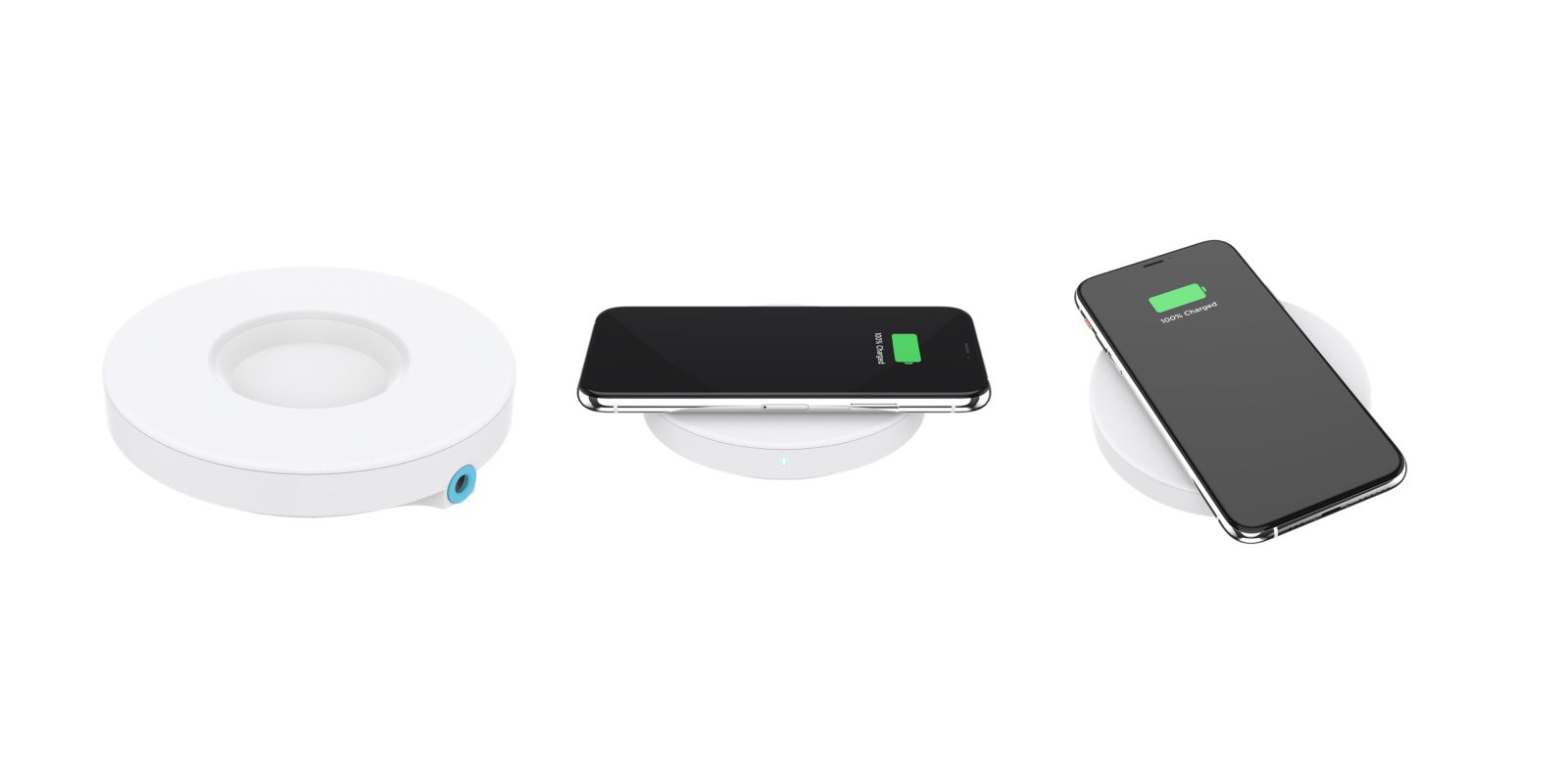 Popsockets and PopGrips are integral iPhone accessories for many people. You simply attach one to the back of your iPhone, and you have a built-in handle that makes the device easier to hold. The biggest downside has always been the ability to use a Popsocket and wireless charging at the same time, but that will soon change.

At CES in Las Vegas this week, Popsockets has announced the new PopPower Home wireless charger. Basically, this is a wireless charging pad with a hole in the middle to accommodate a PopGrip on the back of an iPhone. In addition to accompanying Popsockets, the PopPower Home charger supports cases up to 5 mm thick and works with any Qi-enabled device.

The Popsocket on the back of your iPhone is meant to slide into the hole in the middle of the PopPower charger. Unfortunately, the PopPower is limited to only working with the standard grips, not with metal ones, the PopGrip Mirror, and PopGrip Lips. Compatibility with aftermarket popsockets also remains to be seen, but it will likely vary based on size and design.

In terms of charging speeds, the PopPower can deliver up to 15 watts of power, but you’ll still be limited by the iPhone’s native support for only 7.5 watt wireless charging. Because of the Qi compatibility, you can use PopPower to charge things like AirPods as well.

Read more news from the 2020 Consumer Electronics Show below: