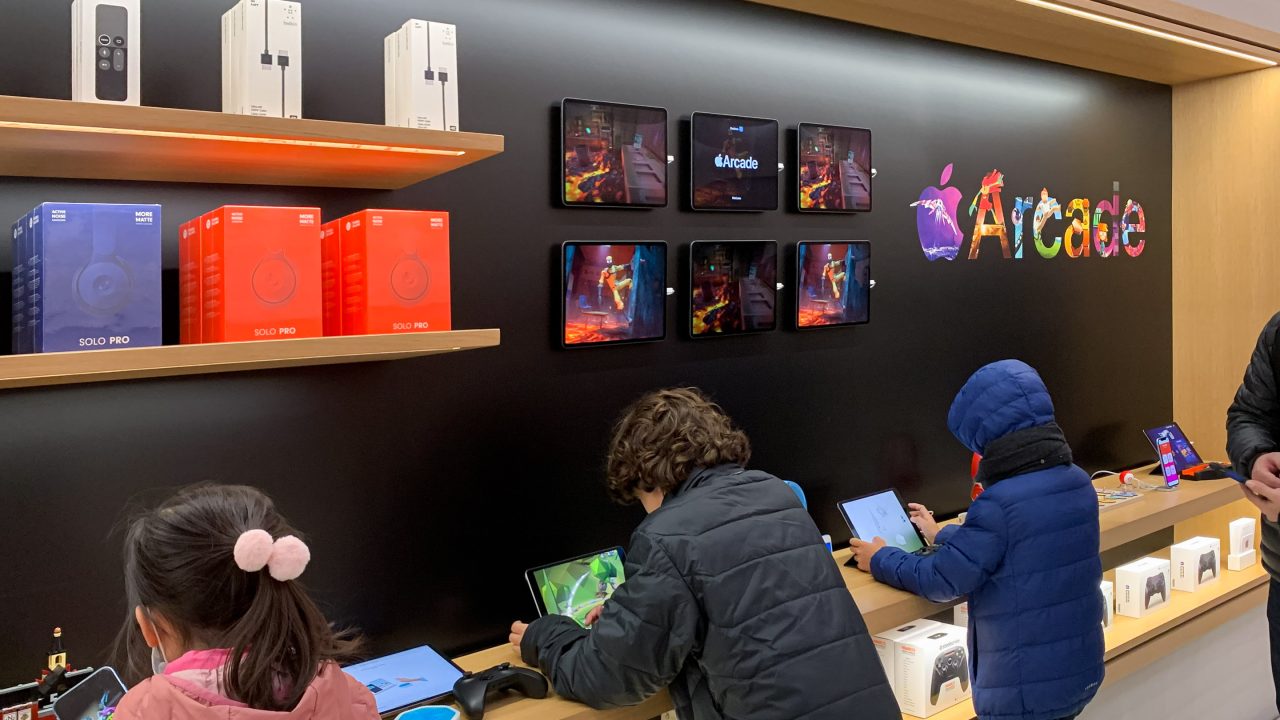 Apple Arcade is leveling up in Apple Stores across the world with eye-catching new displays and a sharper focus on accessories to enhance the gaming experience. The new merchandising designs began appearing today at Apple’s latest stores in countries where Apple Arcade is available.

Apple Stores have featured a kids and gaming Avenue for several years, long before Apple Arcade was announced. The display began as a place to highlight gaming accessories for iPad and Apple TV and evolved into a hub for learning and coding accessories and iOS-connected toys. Now, Apple Arcade has earned a proper home among Apple’s interactive displays. 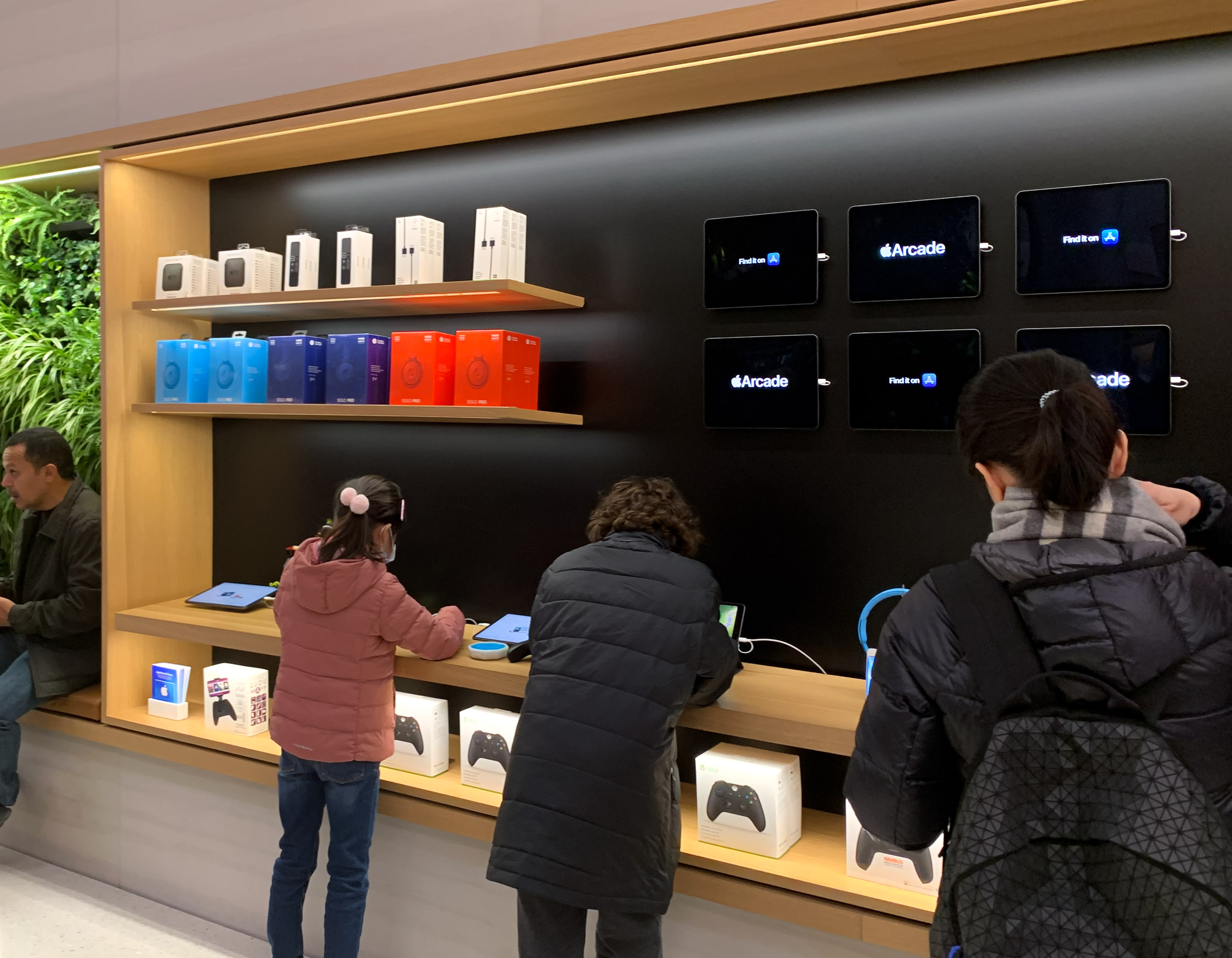 Below, Apple has reshuffled its offering of third-party accessories. The majority of toys and kits on display have been eschewed in favor of larger quantities of gaming controllers and Beats Solo Pro headphones. Apple began selling Microsoft’s Xbox Wireless Controller last October and added Sony’s DualShock 4 slightly later. At Apple Fifth Avenue, which offers more shelving than standard Apple Stores, a small selection of Apple TV accessories is also present.

Apple Arcade visibility in retail has grown on Macs as well. In December, Apple added a custom folder to the docks of its display Macs with an Apple Arcade icon and a grouping of recommended titles.

The next time you visit an Apple Store, you’ll see a new shirt color — Pacific! It’s brighter, with a hint of teal. These are rolling out now: pic.twitter.com/4P90NOLt6f 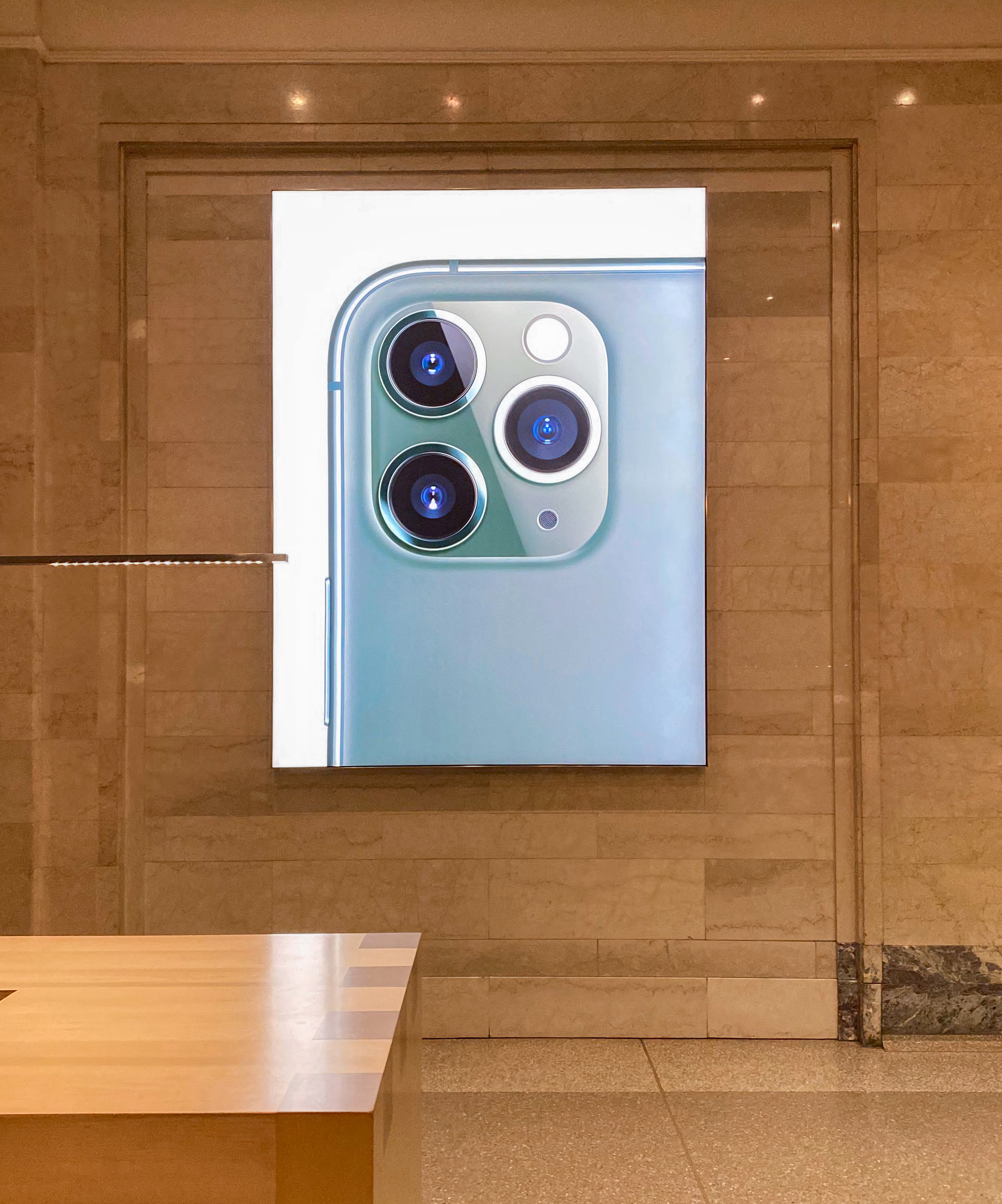 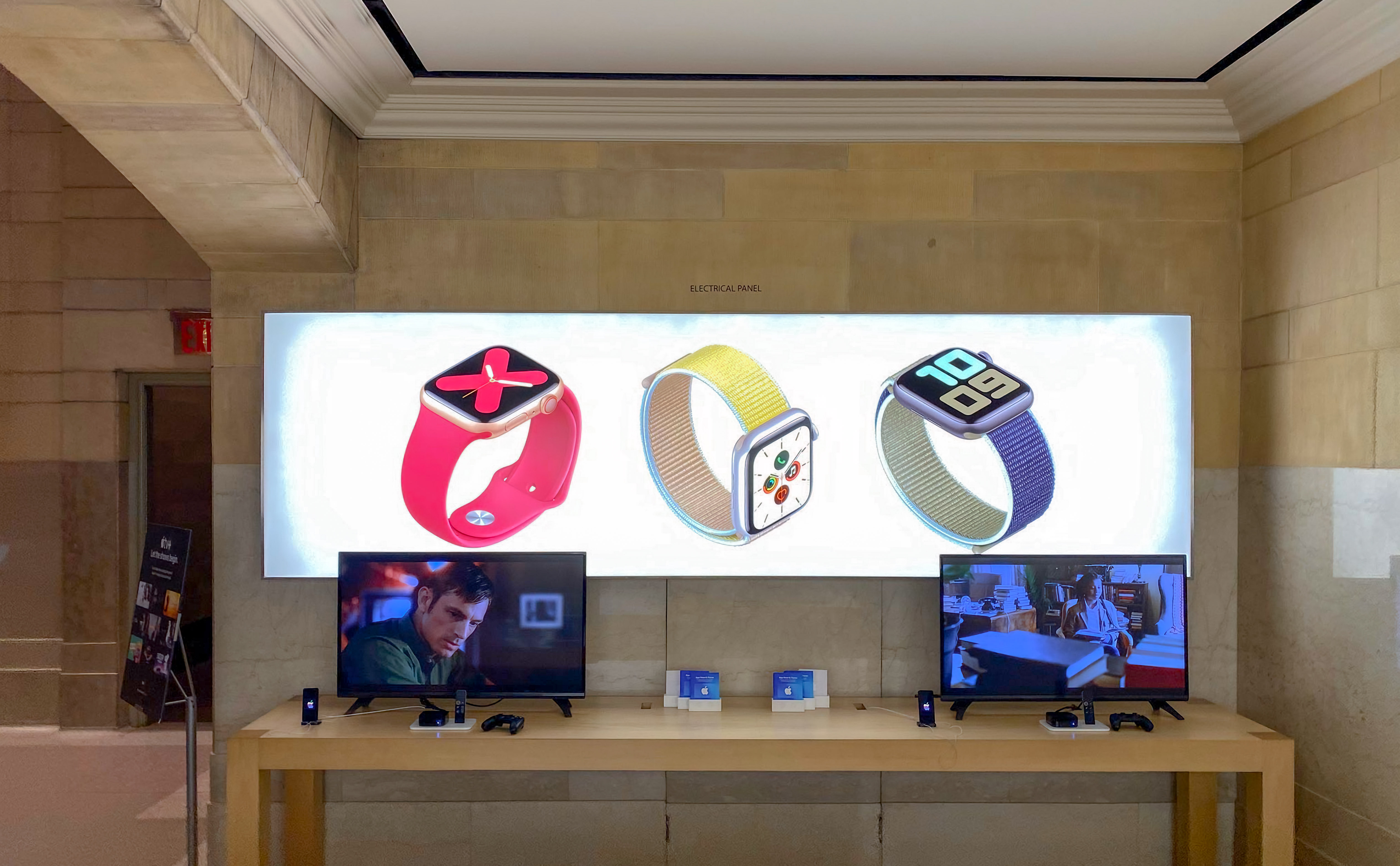