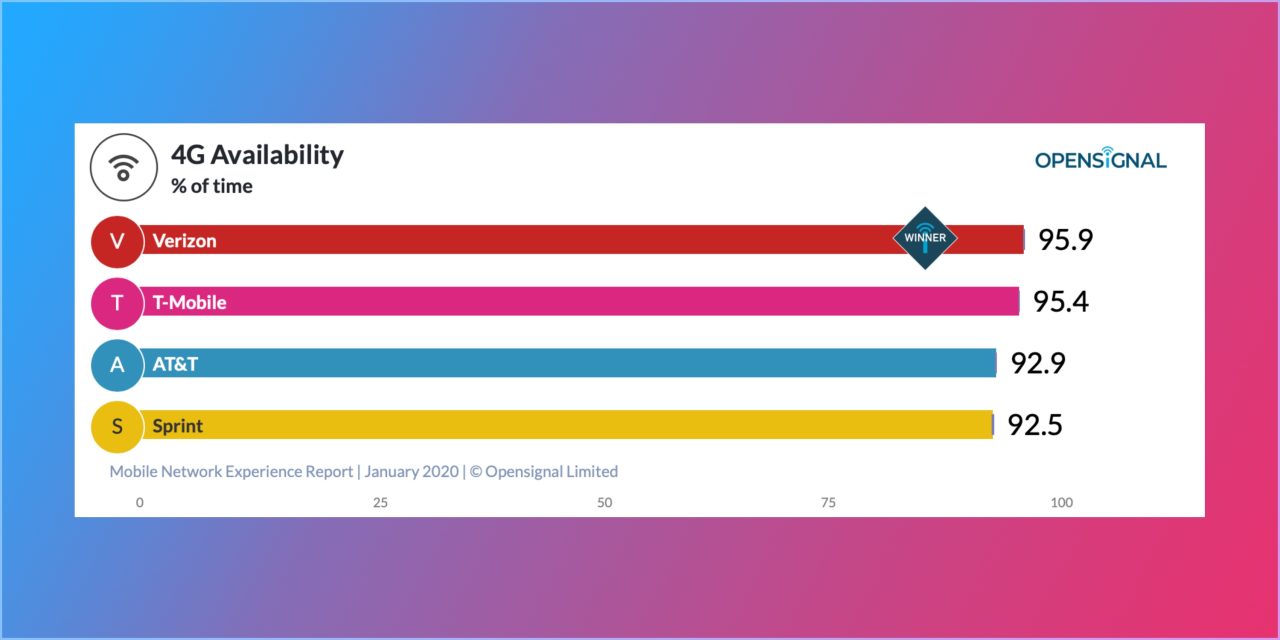 Opensignal is out today with its Mobile Network Experience Report for the US covering the second half of 2019. While Verizon did take home the most awards overall, T-Mobile almost had as good of a rating for 4G availability ahead of 5G rolling out more widely. And AT&T took the prize for the fastest download speeds.

Opensignal gathered more than 5 million measurements from over 1.6 million devices from September to December 2019 for this latest report.

This time around, the firm included seven categories to rate the US carriers including video experience, download speed, upload speed, latency, 4G availability, 4G coverage, and voice app experience with the latter being a new category.

To open the report, Opensignal noted the 5G progress from each carrier, but that only 1% of speed tests in the US are done from the newest cellular network standard… emphasizing that 4G performance will continue to be important for some time.

While 5G may be the focus for US operators, 4G continues to play a vital role because that’s the network that handles the vast majority of their traffic and the one that most of their customers are using. In fact, Opensignal found that just 1% of speed tests conducted in the U.S. actually use an active 5G connection.

Here’s a look at the overall awards from the most recent tests: 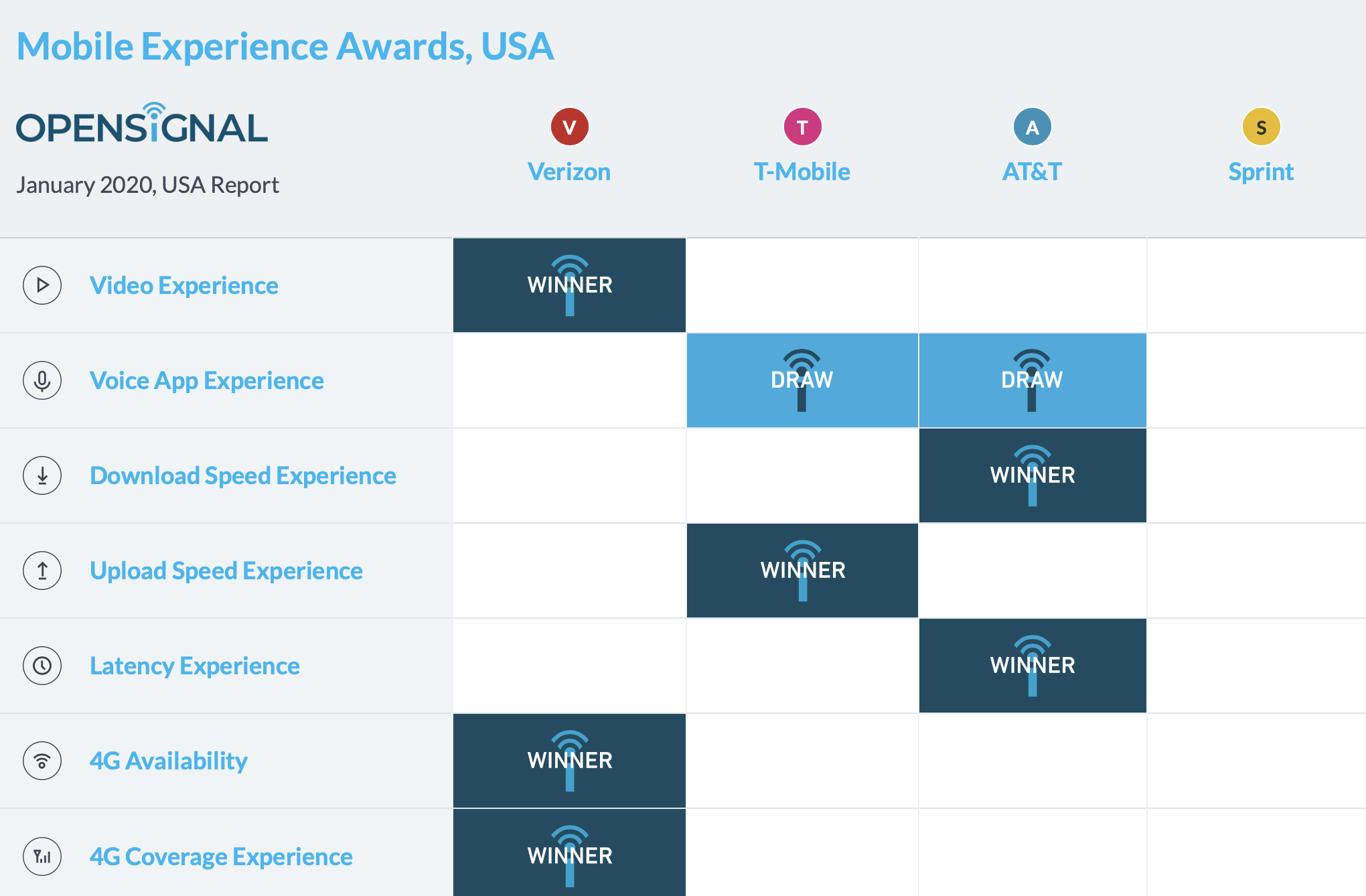 As for 4G availability, T-Mobile barely missed matching Verizon’s score by just 0.5%, but both offered users in the testing an LTE connection 95% of the time.

AT&T and Sprint weren’t far behind, giving their customers LTE 92% of the time.

When it came to 4G coverage, Verizon kept its crown with close to a perfect score, however, AT&T was a close second. T-Mobile came in third.

Download speeds was one of the categories AT&T earned a win with an average of 27.5 Mbps. T-Mobile came in second with Verizon following close behind.

For the new test this year, the voice app experience, Opensignal wanted to know how carriers performed with voice calls through WhatsApp, Skype, and presumably FaceTime (Apple not mentioned specifically).

All the carriers scored in the “Acceptable” to “Good” range with T-Mobile and AT&T tying at 79/100.

For video, performance is improving across the board, but it isn’t great. Verizon came out as the clear leader.

While most operators elect to throttle video traffic, or restrict video resolution, to stop the volume of video traffic damaging the experience of other services, Verizon seems to have struck a good balance with its users enjoying a Good Video Experience, while still seeing solid speeds and latency experiences.

The last category, latency, all four carriers were within 6ms, but AT&T won the lowest latency at 49.7ms.

If you’re curious about more details from the Opensignal report, you can read it in full here.