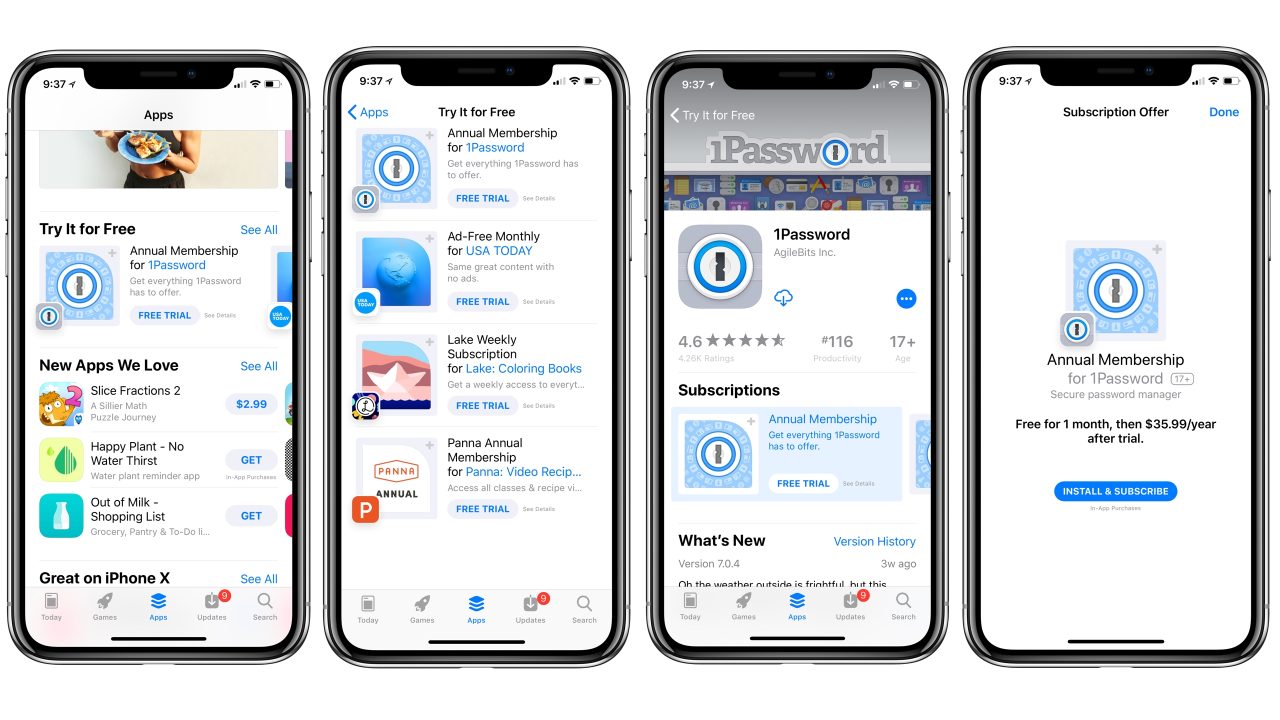 Subscription apps have been one of most controversial developments over the past few years. Developers love the model, because it gives them that most valuable of things: recurring revenue. That not only provides a more secure personal income, but also enables them to fund ongoing development that should see users enjoy regular updates.

But while developers love subscription apps, many users hate them. No matter how much they may like the app and understand the rationale, there’s growing unease at the way the costs add up…

That’s not a lot of money. The usual comparison is a cup of coffee a month.

Now, I hasten to add that I totally get where developers are coming from here. iOS developers are operating in a world where the historical expectation is that their apps would be dirt cheap. Where a one-off $0.99 cost was normal, and a one-off $4.99 was expensive. I totally understand that you can’t make a living like that.

But at the same time, I’m not convinced you can make a living charging a monthly subscription fee either. I mean, sure, you can today. And perhaps developers of apps people love can continue doing so indefinitely.

But once people find themselves paying a thousand bucks a year for a bunch of iPhone apps, I think it’s only a matter of time before they start looking for alternatives that don’t charge a subscription.

I first expressed my unease at this trend in 2017, when I said that I couldn’t help feeling that the model would at some point implode. I’m now more convinced that’s going to be the case.

So what’s the solution? How can we create a win-win for consumers and developers alike?

With most apps, there are five possible business models:

Developers can also mix-and-match models, like a free basic app with ads and a pro version with no ads and more features.

Apple gave an enormous boost to developers wanting to charge a sensible one-off fee when it finally permitted free trials for non-subscription iOS apps in 2018. Previously, it was next to impossible to persuade people to pay $10, $25, or more for an iOS app because it was simply too risky. You can ask Apple for a refund, but that’s a clunky and intimidating process compared to simply trying an app for free and paying for it if you like it.

But, as Dieter Bohn observed this morning, Apple still doesn’t permit one of the five business models outlined above: chargeable upgrades.

Personally speaking, I vastly prefer chargeable upgrades over subscriptions. For each upgrade, I can decide whether or not it’s worth the money. If I’m happy with the original feature set, I don’t need to pay any ongoing cost. If a developer tempts me with shiny new features, then I’ll happily pay for them.

My view is that this model is the true win-win. Developers have to make sufficiently big improvements to persuade users to pay for them; users get a choice, and likely better apps because developers have to justify the upgrade fees.

So that’s the one change I’d like to see Apple make for iOS apps: the option of chargeable upgrades.

What’s your view? Do you share my feeling that subscription apps aren’t sustainable, or are you happy with that approach, even when you have dozens of them? Please take our poll and share your thoughts in the comments.