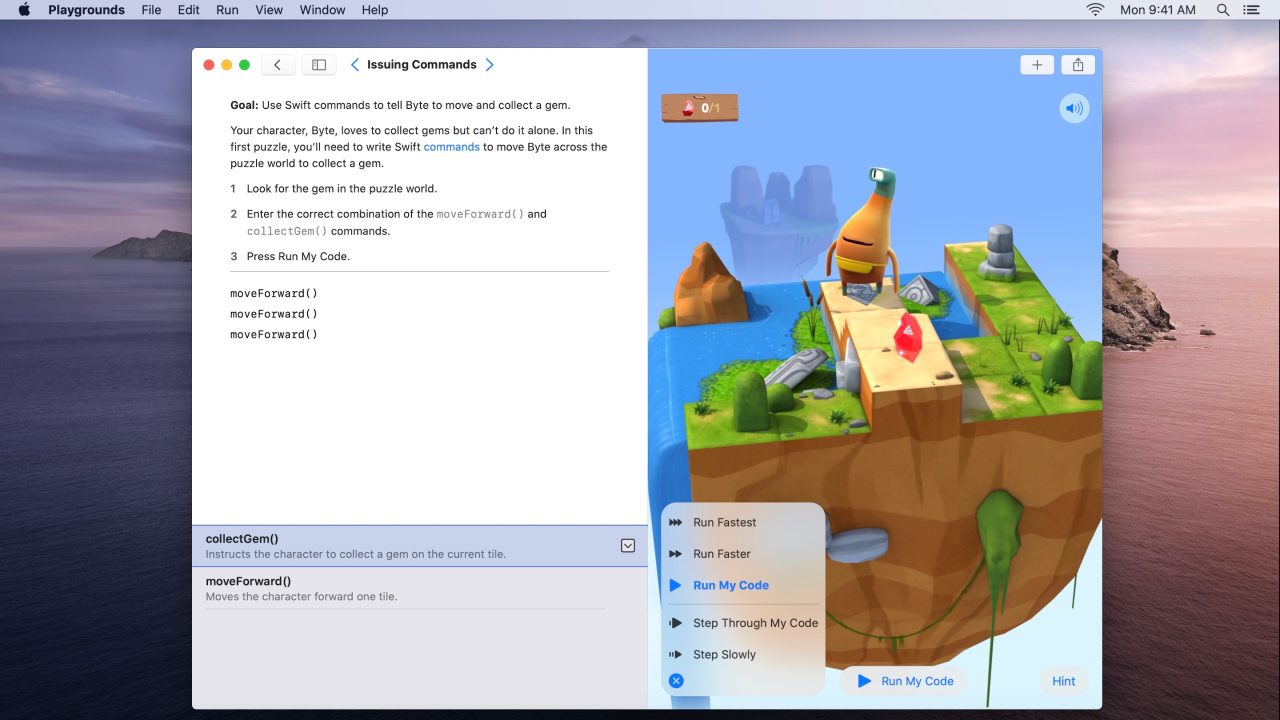 Apple’s Swift Playgrounds application is now available on Mac. The app was originally released for the iPad in 2016, but now Apple has brought it to the Mac as well using its Catalyst platform.

Apple’s Swift Playgrounds platform makes it easy for anyone to learn the basics of the Swift programming language. Apple touts that Playgrounds requires no previous coding knowledge, with a focus on using code to solve puzzles. This is particularly useful for people who want to learn Swift without diving into Xcode right away.

Swift Playgrounds requires no coding knowledge, so it’s perfect for students just starting out, from twelve to one-hundred-and-twelve. The whole time you are learning Swift, a powerful programming language created by Apple and used by professionals to build many of today’s most popular apps. Code you write works seamlessly as you move between Mac and iPad.

Swift Playgrounds is built around a collection of Apple-created lessons, which aim to guide you through programming using puzzles and an interactive 3D world. Apple touts that Swift Playgrounds allows you to “learn the same powerful Swift programming language used by the pros to create thousands of apps.”

Even though the app is built using the Catalyst platform, which makes it easier for developers to bring iPad apps to the Mac, Apple says this version Swift Playgrounds was designed with the Mac in mind:

You can download Swift Playgrounds on the Mac App Store for free.

this is huge for people who want to learn swift on the Mac but find Xcode too overwhelming https://t.co/ZwkRRj8q4C