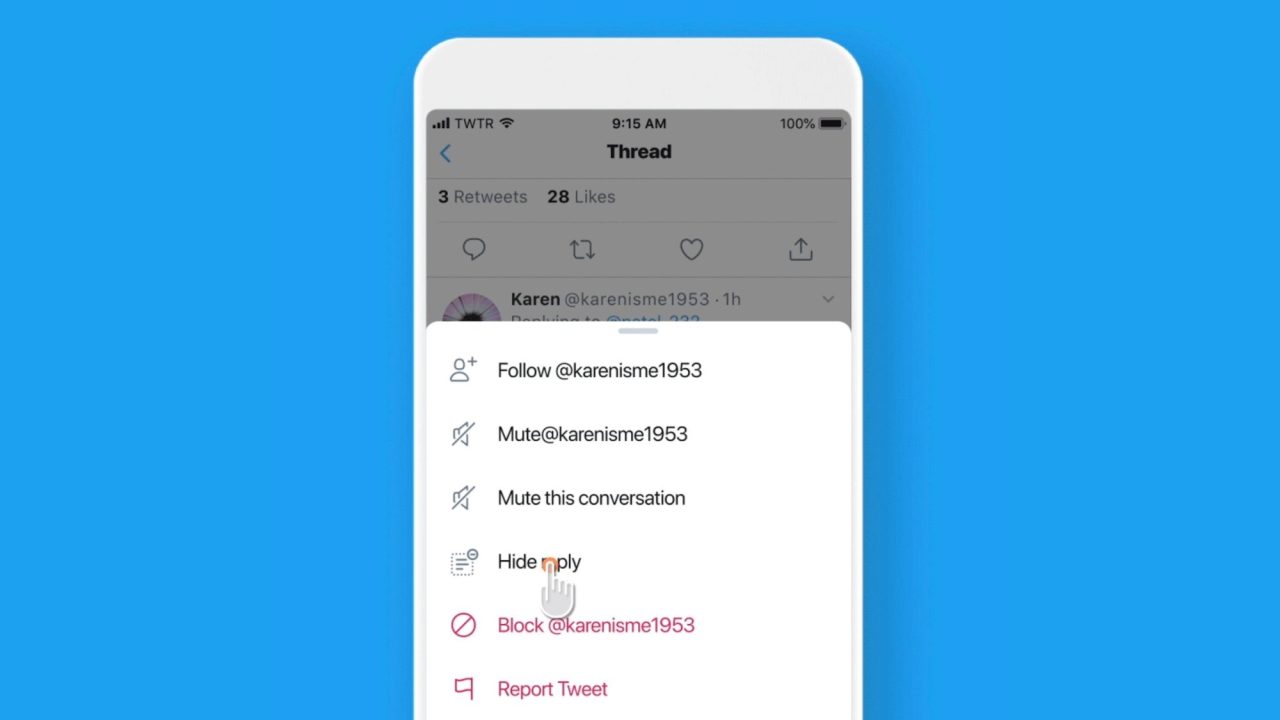 As TechCrunch reports, this means that developers will be able to create tools that “automatically hide disruptive tweets based on factors important to their customers.” For example, now that the Hide Replies feature available as an API endpoint, developers could create a tool for brands that automatically hides certain replies.

Twitter had been working with developers on this functionality prior to today’s announcement. One of the tools, called Reshuffle, uses the Hide Replies API to “develop scripts that detect and hide replies based on keywords or even by user.” This means a brand could automatically hide replies that include profanity, for instance.

Another example is a new app called Hide Unwanted Replies. This app uses the API to allow users themselves to “automatically hide replies that you don’t want to see in your Twitter threads.”

The app today automatically hides replies by keywords or Twitter handles. Soon, it will add support for hiding replies from likely troll or bot accounts — including tweets from user accounts created too recently or from accounts with few followers.

As we detailed last September, the Hide Replies feature gives users the ability to hide replies to their tweets that may be offensive or irrelevant. Now that the feature has been opened to developers, the process of hiding tweets can be automated. The feature has been somewhat controversial, but Twitter does make it obvious when replies have been hidden by showing a “View Hidden Tweets” button.

What do you think of the Hide Replies functionality? Let us know down in the comments.