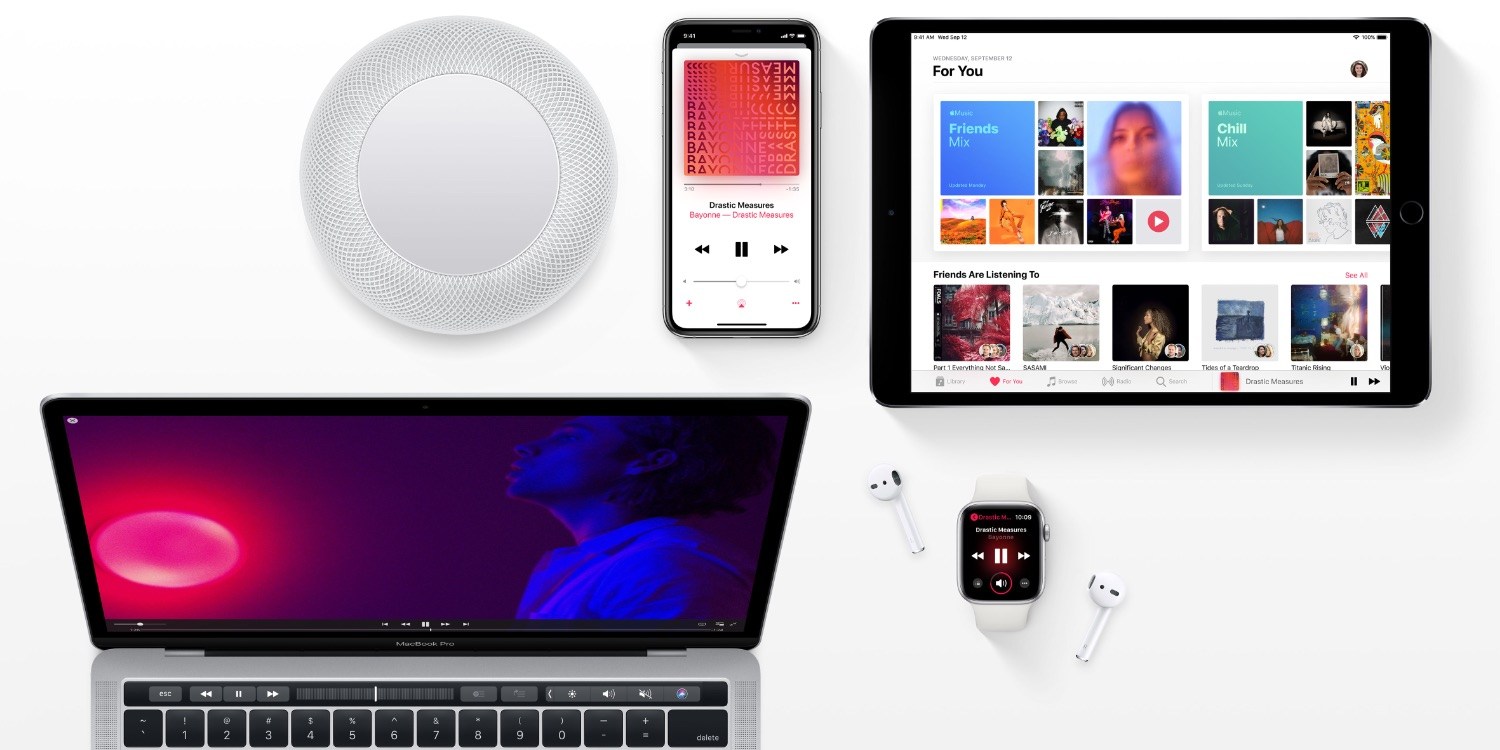 Apple has inked new deals for Apple Music with a handful of major record labels, the Financial Times reports today. While these deals ensure that popular artists like Taylor Swift will remain available through Apple Music, they do not include an agreement to pair Apple Music with other Apple services through a bundle.

The report cites four people familiar with the matter and says that Apple has inked multiyear licensing agreements for Apple Music with Universal Music, Sony Music, and Warner Music. These record labels represent artists including Taylor Swift, Lizzo, and Adele.

Notably, Apple’s deals with Universal Music and Warner Music come as Spotify continues to negotiate with the labels. Today’s report says the labels are “extending their agreements on a monthly basis,” rather than new multiyear deals like the ones inked by Apple Music. In general, music labels have said that Apple is far friendlier to work with than Spotify.

But while Apple’s new deals are good new for Apple Music, they don’t include any agreements for bundling Apple Music with other Apple services, according to the Financial Times. A report in November said that Apple is planning a bundle of Apple Music, Apple News+, and Apple TV+ for debut sometime in 2020.

Today’s report explains that the bundle might still be a way off, though:

Apple’s new contracts do not, however, include an economic agreement to bundle Apple Music with the company’s television service, these people said, indicating that a widely anticipated super-bundle of Apple’s media content may be months away.

Meanwhile, a separate Financial Times report last year said that Apple was negotiating with music labels for the bundle, but that it was facing pushback because the bundle would reduce payouts to labels and artists.

Of course, it’s possible that negotiations between Apple and record labels for the multi-service bundle are still under way. There’s no reason yet to believe that Apple isn’t pushing ahead with its plan to bundle Apple TV+, Apple Music, and Apple News+ together.