iPhone 9 preview — will it live up to the popular iPhone SE? [Video] 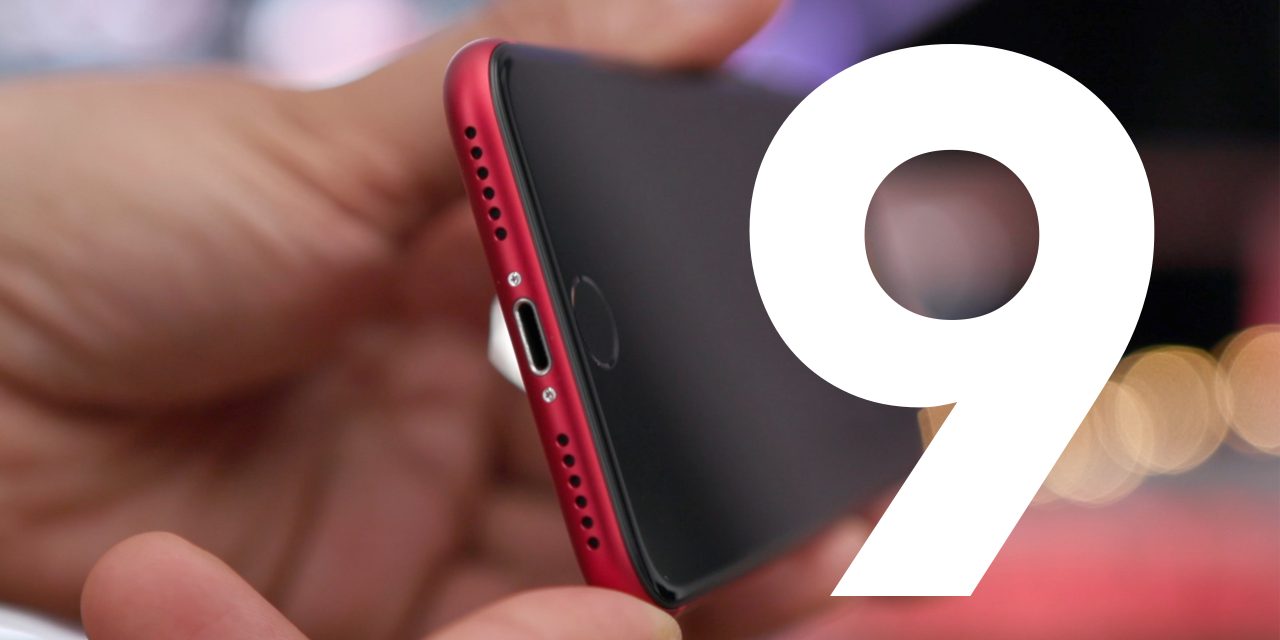 The long-rumored iPhone 9, which could be announced any time now, will fill a much-needed spot at the bottom of Apple’s iPhone lineup.

From a business standpoint it makes total sense. The release of an iPhone 9 will provide customers with a less expensive phone with modern internals, and at the same time can make a healthy profit, thanks to already established manufacturing and assembly processes.

Yet while the iPhone 9 will probably sell well, it won’t generate the same sort of love and cult following as the last budget-minded phone that Apple produced way back in 2016 — the iPhone SE. Watch our iPhone 9 preview video for the details as to why.

The iPhone SE, when it launched in March 2016, was loved for several reasons. Arguably the biggest reason for the iPhone SE’s popularity was the price. When it first launched, the entry level iPhone SE started at $399. At that price it was $250 cheaper than the entry level flagship iPhone model at the time, the iPhone 6s.

Thanks to PIA for sponsoring 9to5Mac on YouTube. Get PIA VPN for a special price on monthly & yearly subscriptions.

The iPhone SE release was strategically timed. It appeared right at the halfway point between the release of the iPhone 6s, and the then upcoming release of the iPhone 7 later in September 2016. Thus, Apple took good advantage of the lull period, which tends to happen shortly after the new year. That’s a period when excitement about the recent iPhone launch begins to wane a bit in the collective mindshare. 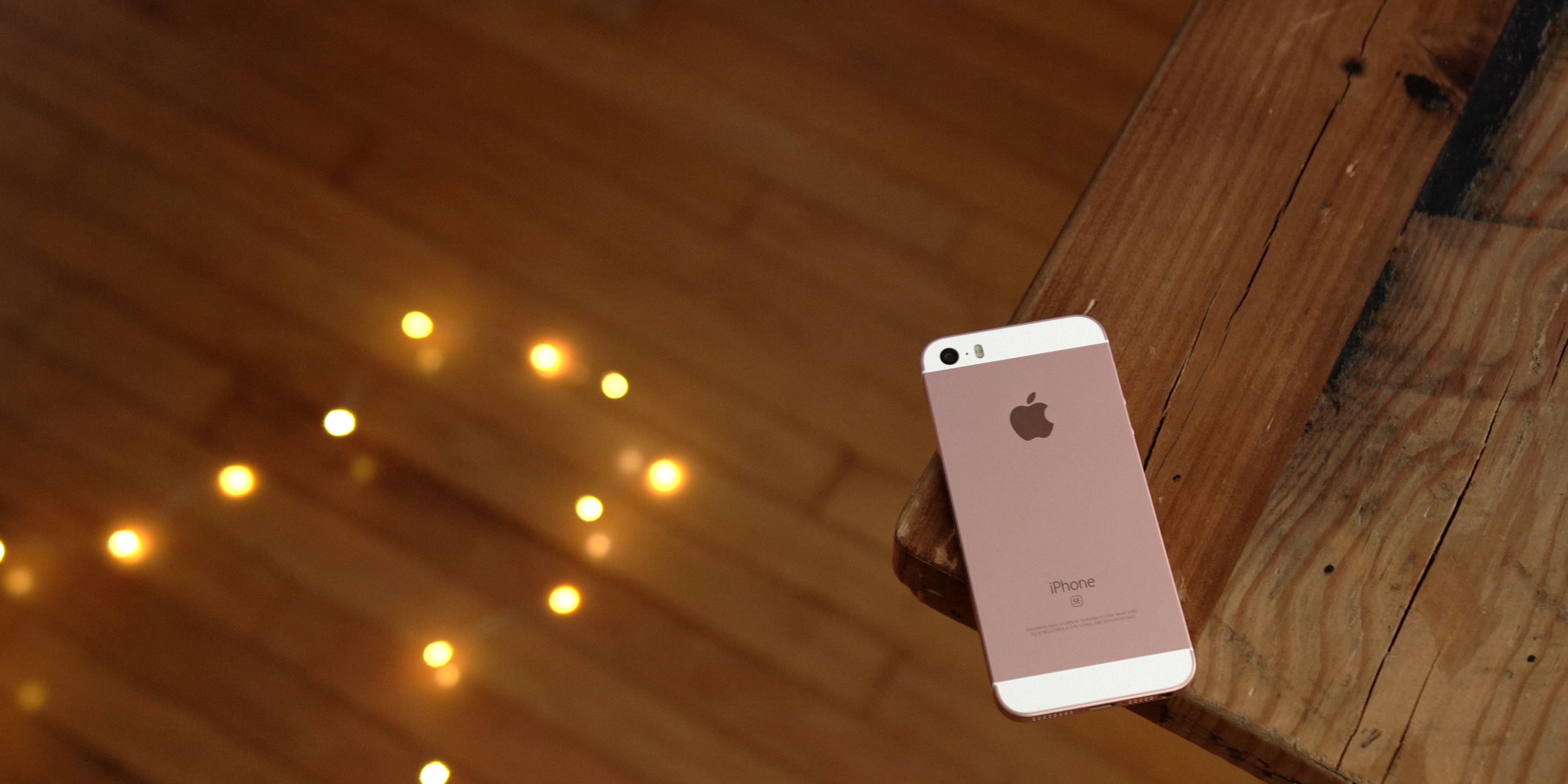 The cool thing about the iPhone SE is that Apple didn’t lumber it with outdated technology for the sake of saving a few bucks. In fact, the iPhone SE featured the same A9 system on a chip featured in the flagship iPhone 6s that launched just six months earlier. 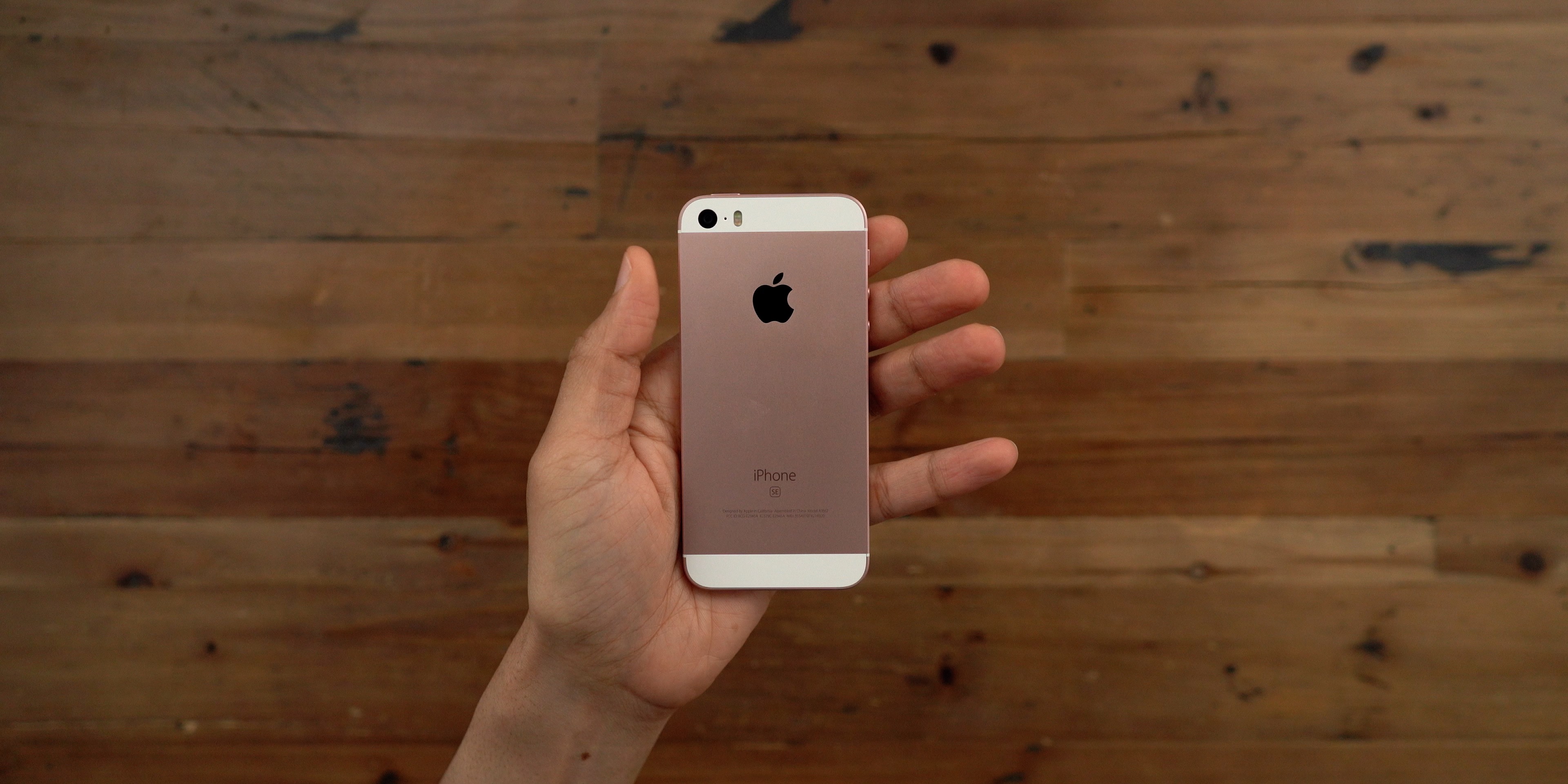 Even though the iPhone SE sported a design last seen on new iPhones a few generations prior, and even though it featured older screen technology running at a lesser resolution than current flagship models, the iPhone SE was still a remarkable value. Not only did the SE pack in similar processing power as the flagship iPhone 6s, but it also came with a rear-facing camera that could shoot beautiful 4K videos. 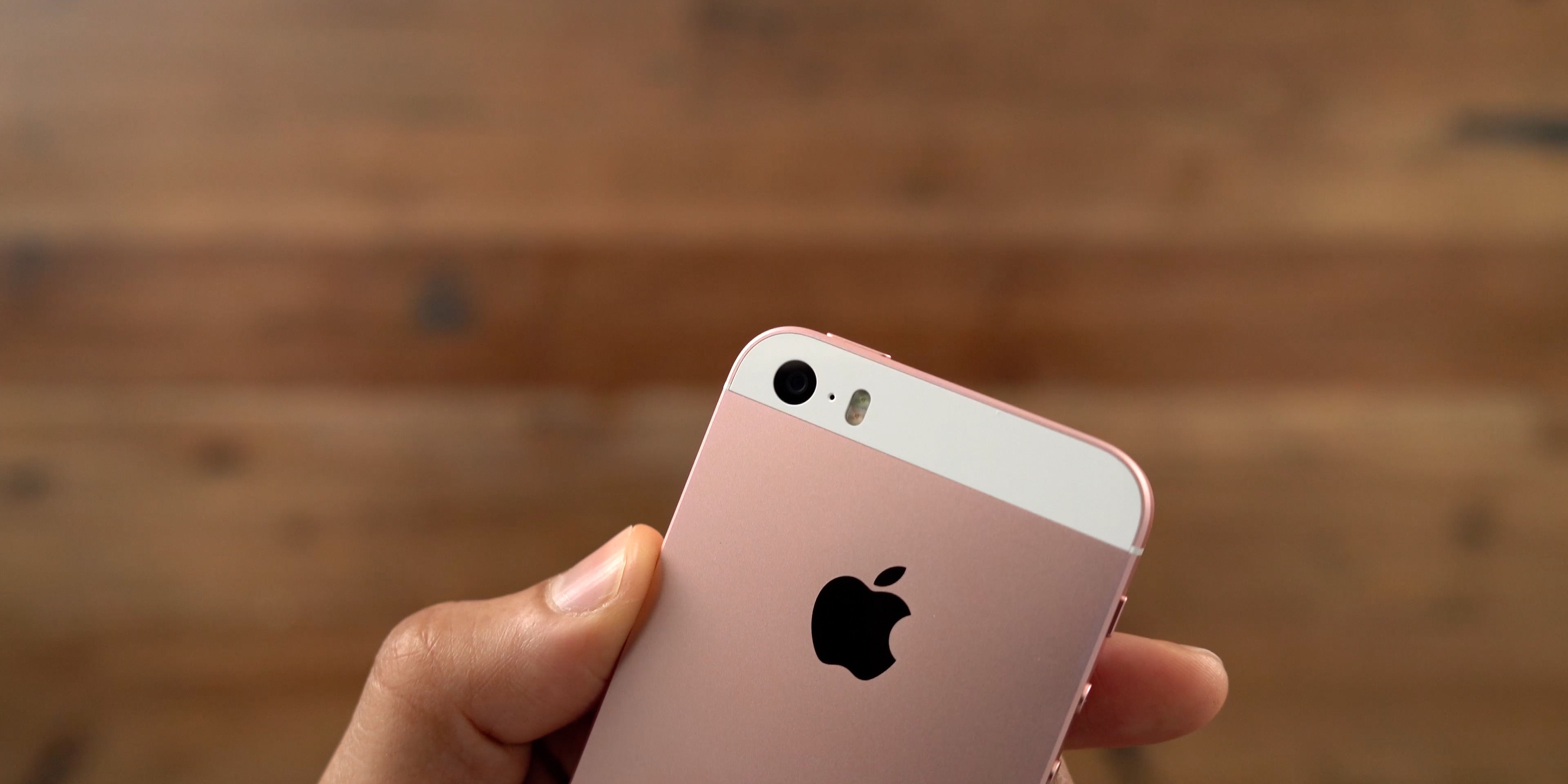 Some of the hallmarks of the iPhone SE included an anodized aluminum back cover, squared off anodized chamfered edges, and the outright lack of a camera bump. Of course, the most compelling design aspect of the iPhone SE was its size. Smaller than any iPhone since the iconic iPhone 5s, the iPhone SE was much-beloved due to its portability and ease of use with one hand.

The upcoming release of the iPhone SE2, or the iPhone 9, whatever Apple decides to call it, will likely meet much of the aforementioned criteria for a successful out-of-season iPhone launch.

For starters, assuming it launches within the next month or so, it’s far enough away from the iPhone 11 release and not running up against the release of the iPhone 12. This, of course, could be disrupted due to the spreading coronavirus pandemic.

Then there is the price. The entry level iPhone 8, which the iPhone 9 is expected to be based on, sells for $449, or for as low as $349 with an eligible trade-in. 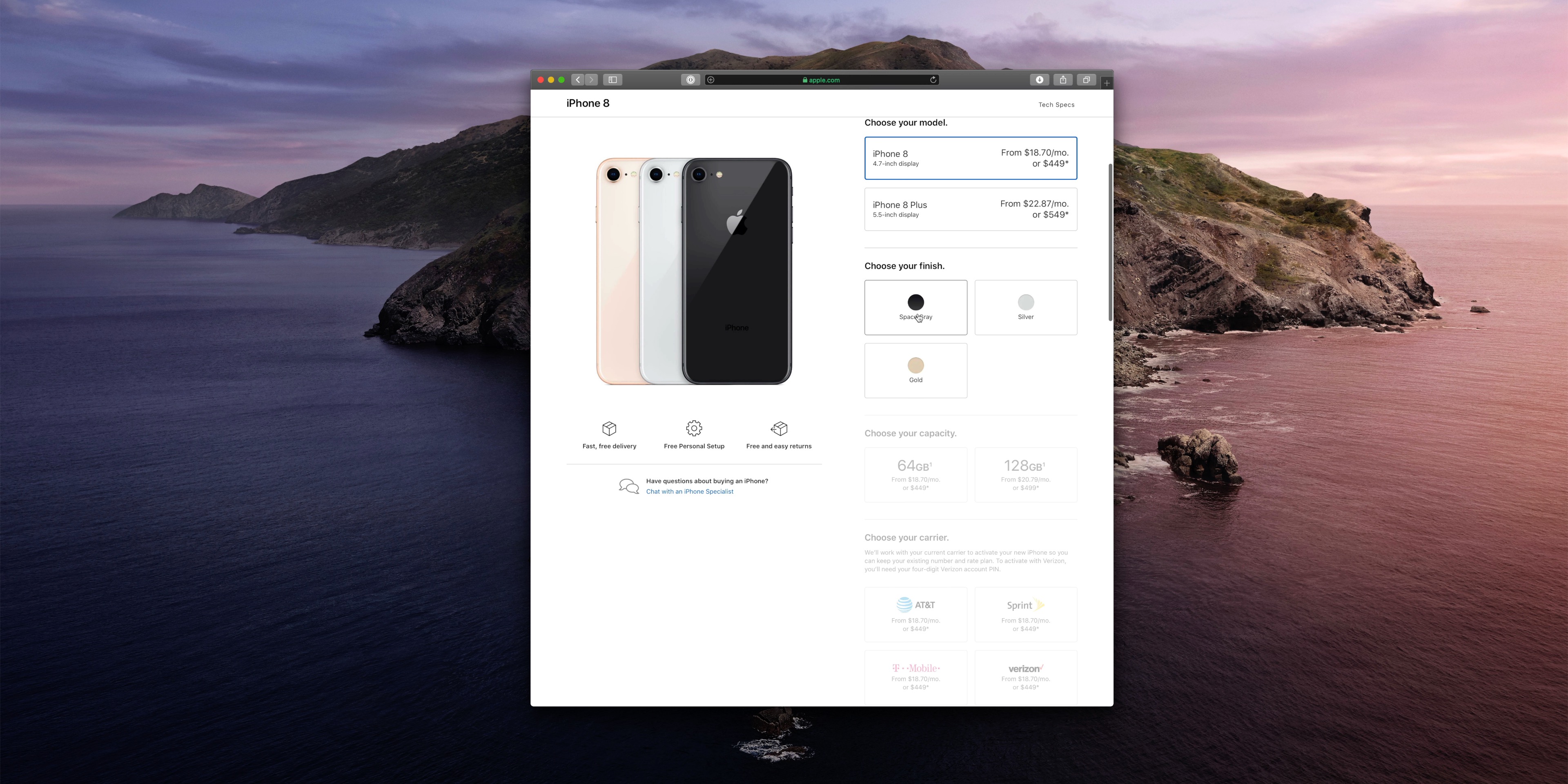 With that said, I think it’s possible that we could see the iPhone 9 start at $399, $50 cheaper than the much slower iPhone 8, which will likely be discontinued, and the same price as the iPhone SE when it launched in 2016.

According to leaked iOS 14 code, it appears that Apple is also working on a larger “Plus” version of the iPhone 9, which indicated that these phones will be outright replacements for the iPhone 8 at the bottom tier of Apple’s smartphone lineup. 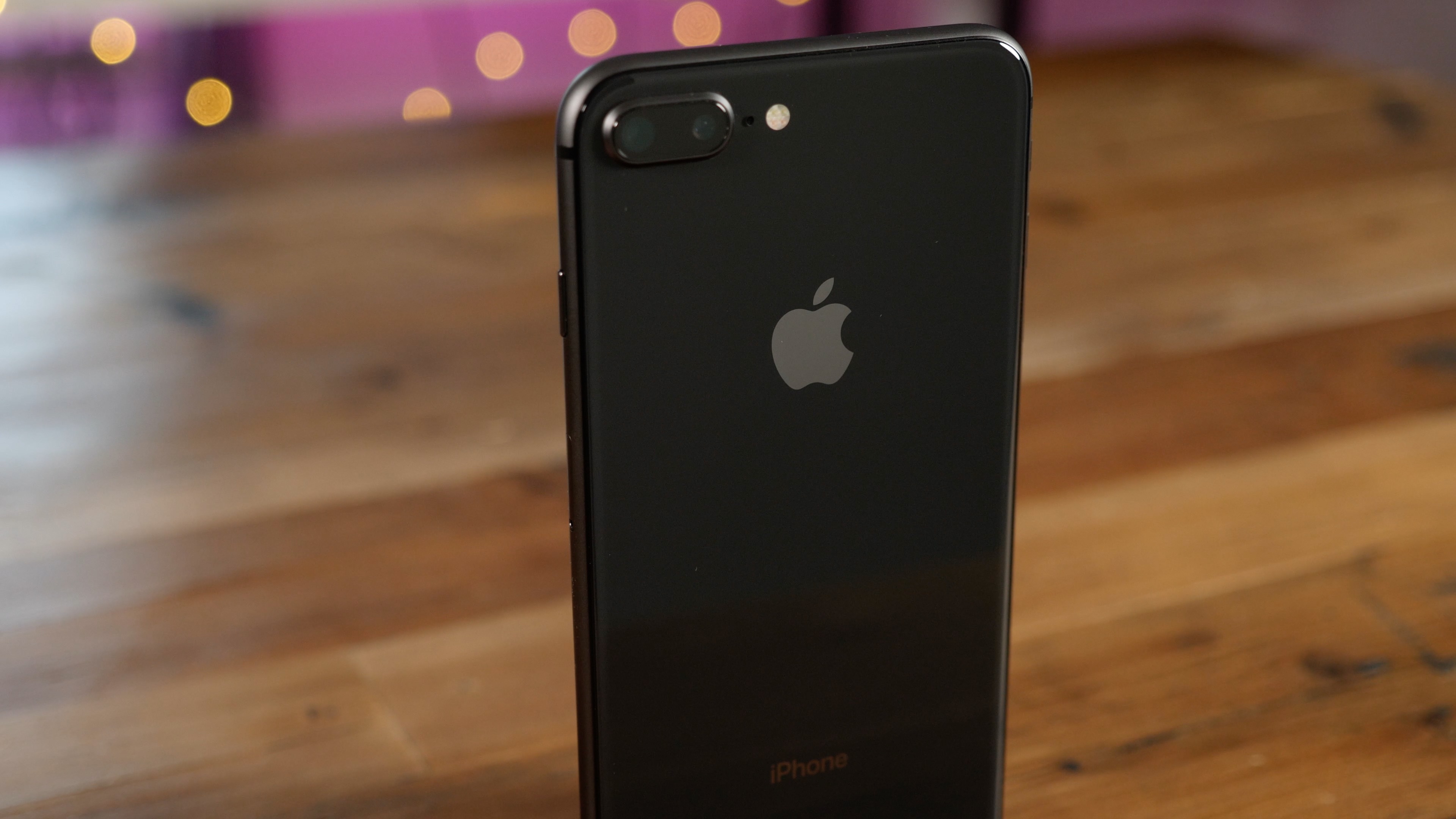 The iPhone 9 Plus or iPhone SE2 Plus, depending on Apple’s marketing decisions, will feature similar specs, but the Plus model will have a larger 5.5-inch display, and perhaps a more capable rear-facing camera. The starting price for the iPhone 9 Plus will likely be around $549.

With the uncertainty surrounding the coronavirus, I think some people looking to upgrade from an older iPhone will be attracted to the lower-priced iPhone 9, even if they were at one time considering a move to the iPhone 11.

Assuming that the iPhone 9 follows the pattern set by the iPhone SE, which featured flagship iPhone 6s internals, the iPhone 9 will likely come with primary components of the iPhone 11. If that turns out to be the case, and all indications are that it will, Apple’s new entry-level smartphone will end up being a great value. 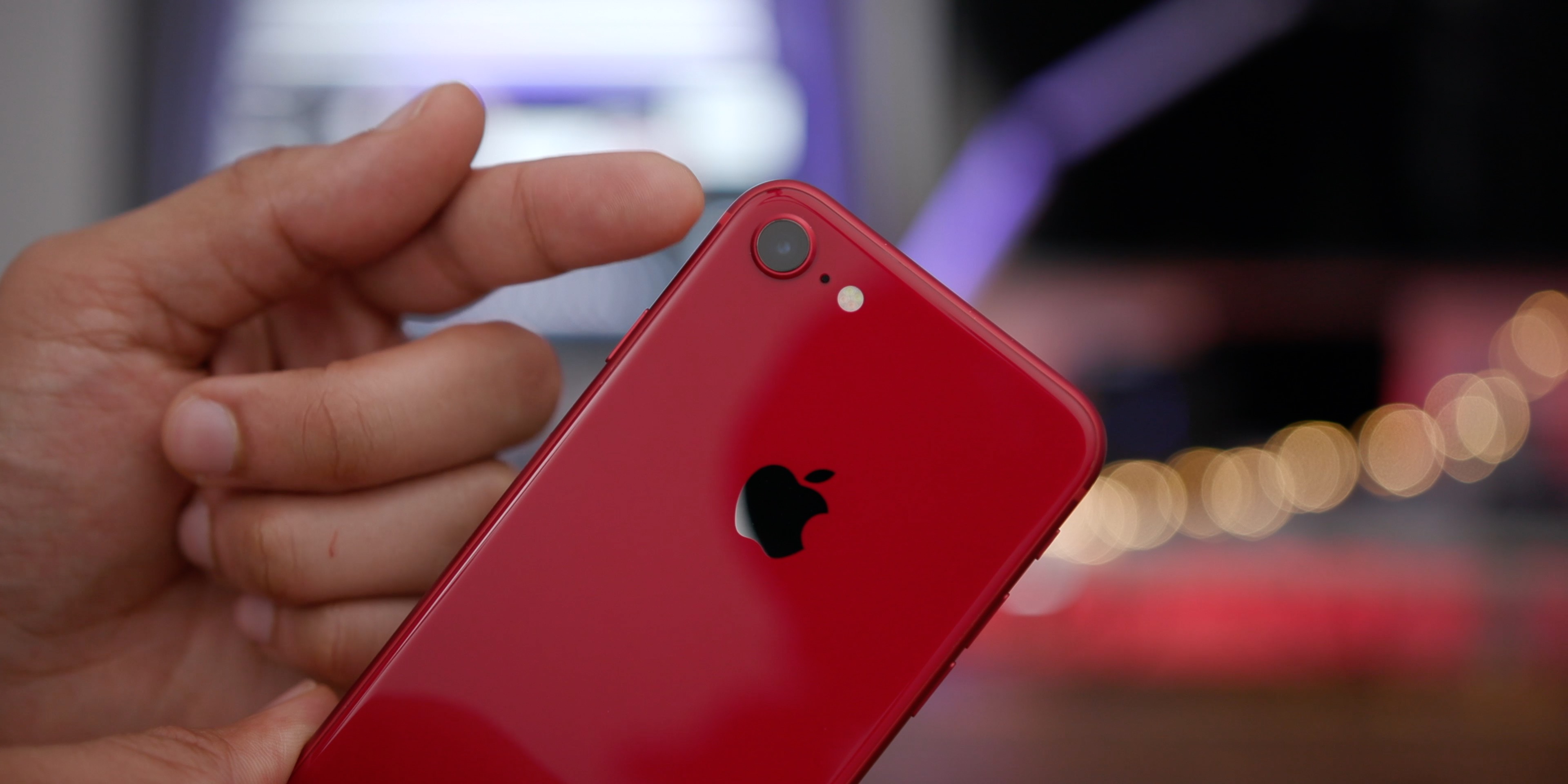 As such, we can expect the iPhone 9 to sport a speedy A13 system on a chip, 4GB of RAM, and start with 64GB of flash storage. I also expect both the front-facing and rear-facing cameras to receive substantial upgrades, with the ability to shoot 4K 60 FPS video.

Like the iPhone SE, which lacked some of the bells and whistles of the iPhone 6s, we expect the iPhone 9 to lack some of the features of the iPhone 11. But it should have enough of the under-the-hood processing power to easily handle things like Apple Arcade, AR, multitasking, Group FaceTime calls, high-framerate 4K camera capture, and more.

As mentioned, it’s likely that the iPhone 9 will use the same chassis as the iPhone 8, with Apple taking advantage of already-existing parts and infrastructure. Some small differences may be present, for example it may include a frosted glass back like on the current-gen iPhone 11, but for the most part it should be very similar to the iPhone 8. 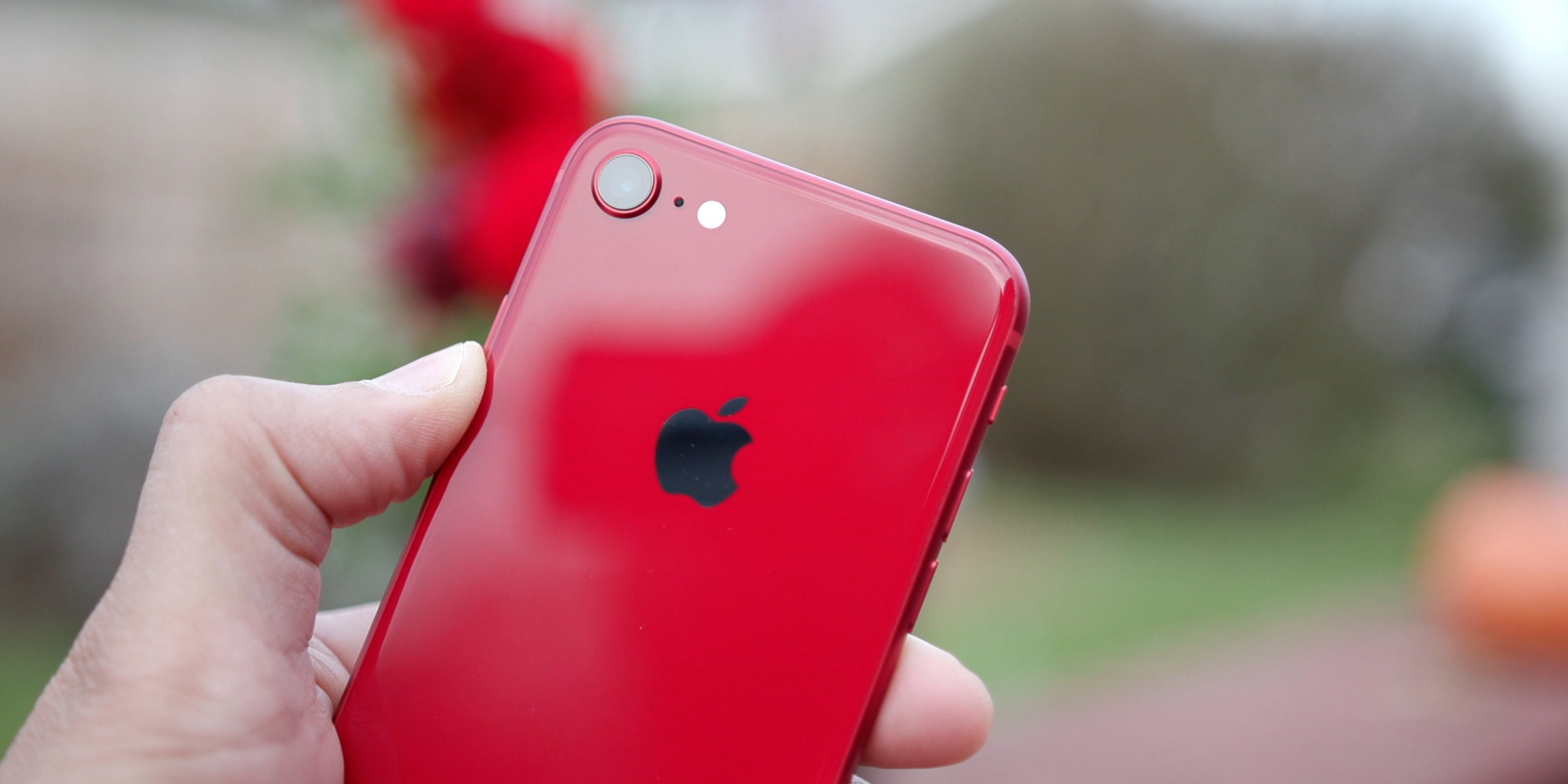 But the iPhone 8, with its rounded corners and largely uninspired design, doesn’t measure up to the classy and timeless look of the iPhone SE. Those expecting a modern take on the iPhone SE, from a design perspective, may be disappointed when they see a turbo-charged iPhone 8 instead.

Expect a solid-state Home button on the iPhone 9

The adoption of the iPhone 8 chassis also means that features like FaceID, which allow you to unlock your iPhone using your face, will be missing. The iPhone 8 body style lacks a TrueDepth Camera system and the edge to edge display that modern day iPhones are known for. That means that Touch ID fingerprint biometric authentication will be back on a brand-new iPhone release for the first time since the iPhone 8. 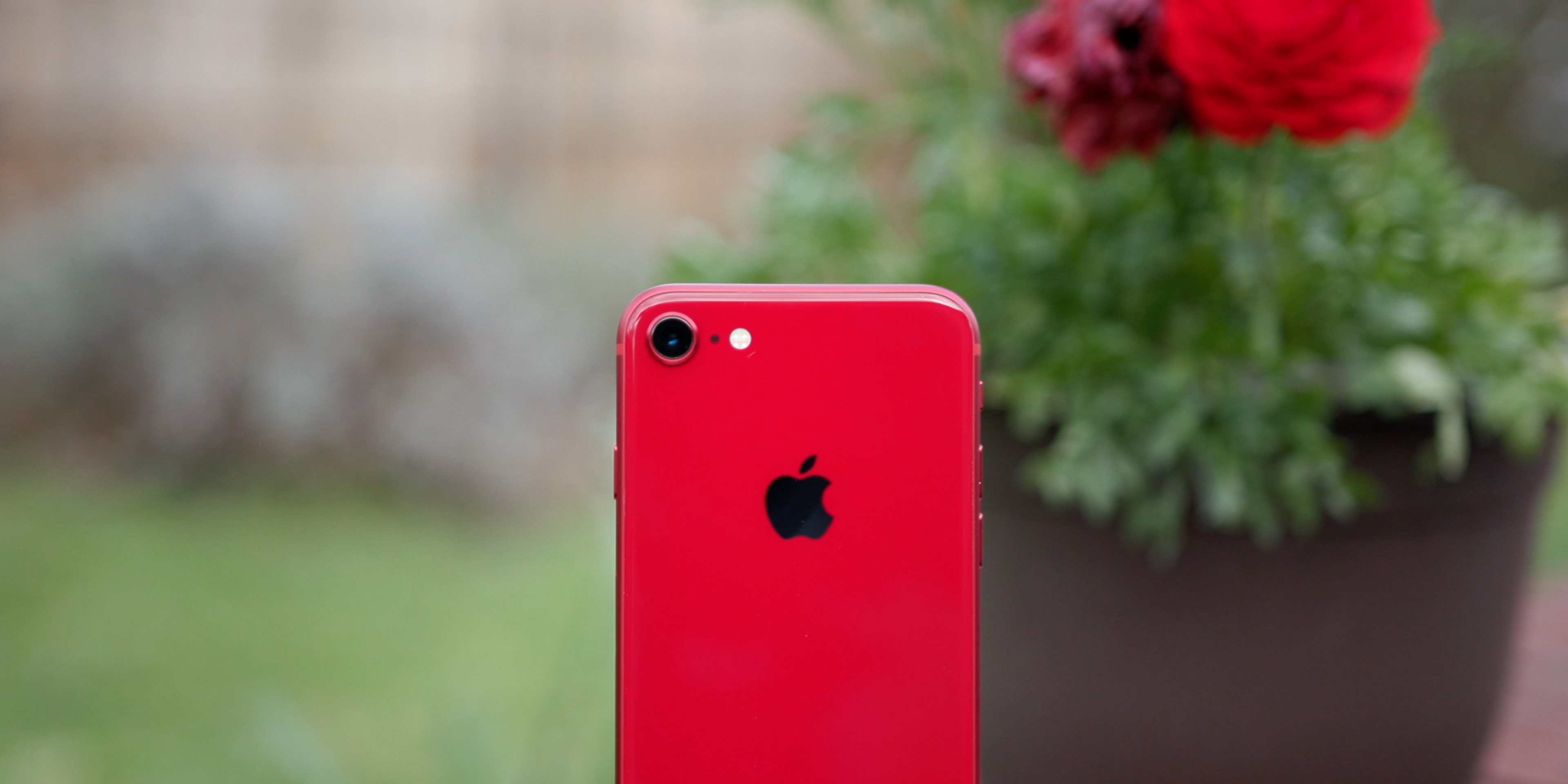 But perhaps the most disappointing thing for huge fans of the iPhone SE are the size differences between it and the upcoming iPhone 9.

If, as expected, it’s based off the iPhone 8, the upcoming iPhone 9 will feature a 4.7-inch display, making it notably larger than the iPhone SE, which featured a 4-inch display. 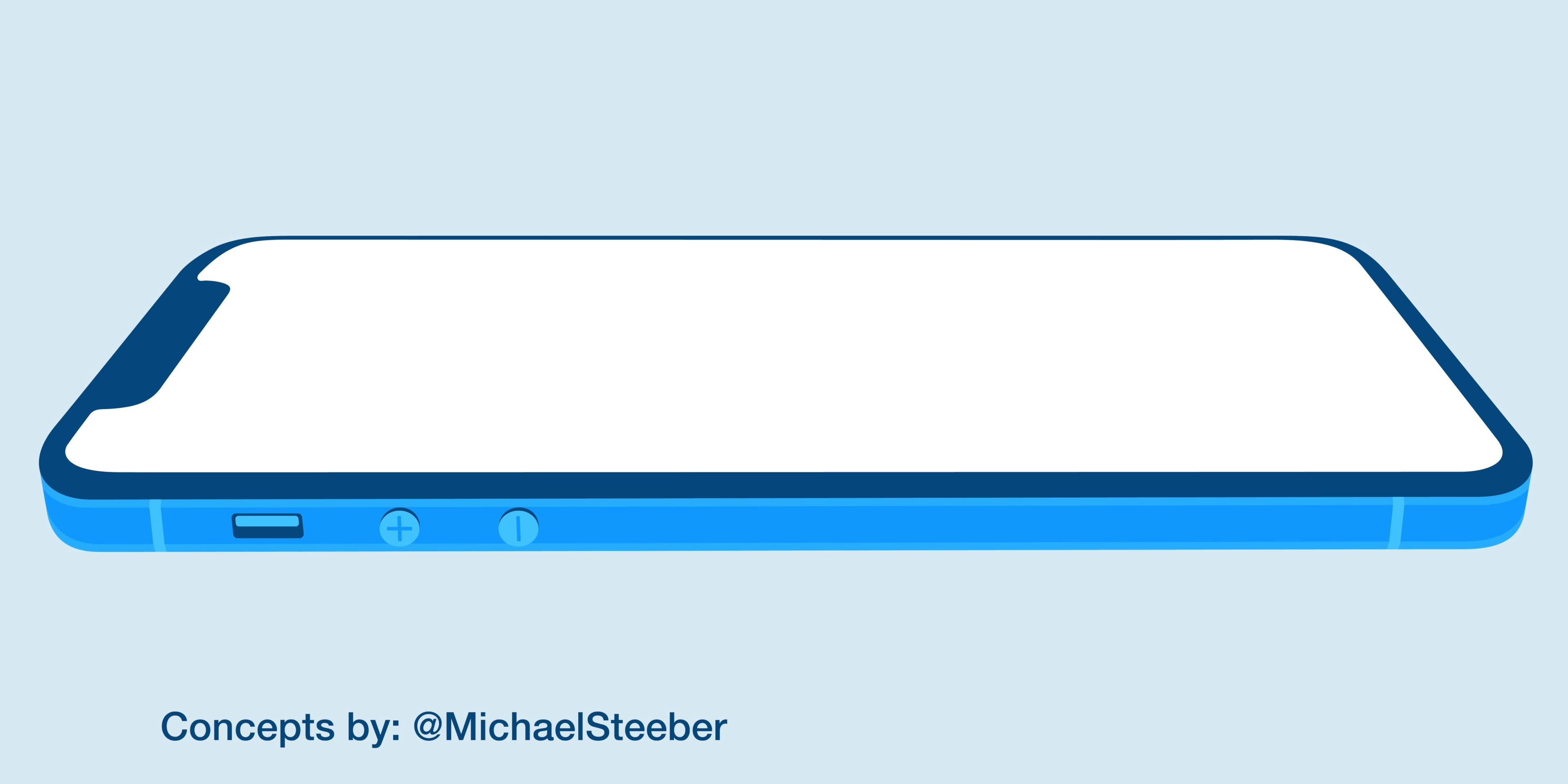 This iPhone SE 2 concept would have been nice

However, as I noted in my Rewind review of the iPhone SE, I think that a 4-inch display is realistically much too small in today’s age of large smartphones. As comfortable as it is to use in the hand, and as portable as it is, the 4-inch iPhone feels unreasonably restrictive in 2020 as far as screen size goes. What do you guys think?

Compared to iPhone hardware from the last few years, the iPhone 9 will feel like a step backwards design-wise. But for those upgrading from an iPhone 6 through iPhone 8, this phone will feel like a major upgrade thanks to modern-day internal components.

Although it’s disappointing not to have an updated take on the iPhone SE chassis, it’s understandable why Apple would not find it beneficial to put the effort into a new design for its entry-level smartphone.

I think that the iPhone 9 will be a moderate success and especially attractive to those coming from older hardware going back to the iPhone 6. It won’t be the most dashing new smartphone from a features or design perspective, but if it contains iPhone 11 internals like expected, and if it launches below $400, it will easily be one of the best smartphone values on the market.

What do you think? Are you planning on purchasing the iPhone 9 or iPhone 9 Plus? Sound off down below in the comments with your thoughts.