Poll: What do you think of Apple’s new iPad Pro, Magic Keyboard, and MacBook Air? 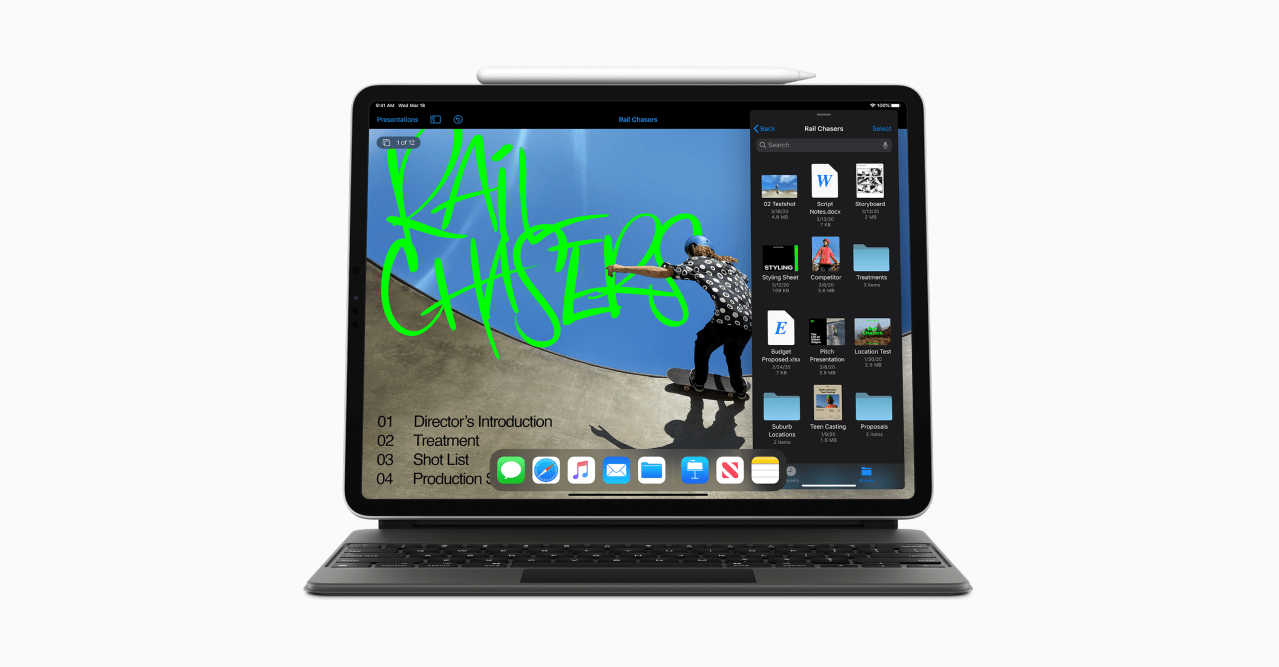 Apple today released a handful of new products via press releases. There’s a new iPad Pro, a new Magic Keyboard with trackpad for iPad Pro, a new MacBook Air, and a Mac mini lineup with more generous storage configurations. Do you plan on buying any of these products?

The new iPad Pro makes several notable improvements over its predecessor, which was released in 2018. There’s a new A12Z Bionic processor that Apple says makes it the most powerful iPad ever. And on the back, you’ll find a new camera array with Wide angle and Ultra Wide angle lenses, as well as a new LiDAR Scanner.

But perhaps more notable than the iPad Pro itself is Apple’s new Magic Keyboard with trackpad. The Magic Keyboard has a floating hinge design that is adjustable up to 130 degrees. The keyboard itself uses Apple’s scissor switch design, and for the first time, it is also backlit. For the new Magic Keyboard — as well as any other Bluetooth mouse or trackpad — iPadOS 13.4 also includes full trackpad support.

Meanwhile, there’s also a new MacBook Air. The new MacBook Air features a new $999 price tag for all customers, and the more reliable scissor switch Magic Keyboard. This is the same keyboard that came to the 16-inch MacBook Pro last year.

But Apple has changed more than just the keyboard. The MacBook Air now features the latest 10th-generation Intel processors. The base model gets you a 1.1GHz Dual-Core Core i3 processor, but you can configure it up to a quad-core 1.2GHz i7. Apple has also doubled the base model’s storage, going from 128GB to 256GB.

Last but not least, Apple also has a new Mac mini today. This is a less exciting upgrade, with Apple simply updating the base storage configuration. The $799 Mac mini now comes with 256GB of SSD storage and the $1,099 config starts with 512GB. This is double the previous configurations prior to today’s update.

What are you buying?

The refreshed MacBook Air means we’re one step closer to the end of the butterfly keyboard disaster. I expect the new MacBook Air will be a popular product throughout this year, especially for the back-to-school shopping season this summer.

Personally, I’m most looking forward to the Magic Keyboard for iPad Pro. I am thrilled that Apple made it backwards compatible with the previous generation iPad Pro models as well. I don’t have much of an interest in the new camera hardware, nor do I really need the A12Z processing power, but I definitely plan on buying the Magic Keyboard.

The new iPad Pro, MacBook Air, and Mac mini are available to order now from Apple.com, with the first orders arriving next week. The Magic Keyboard for iPad Pro will be available in May.

What about you? Do you plan on buying any of Apple’s new products? Let us know down in the comments!