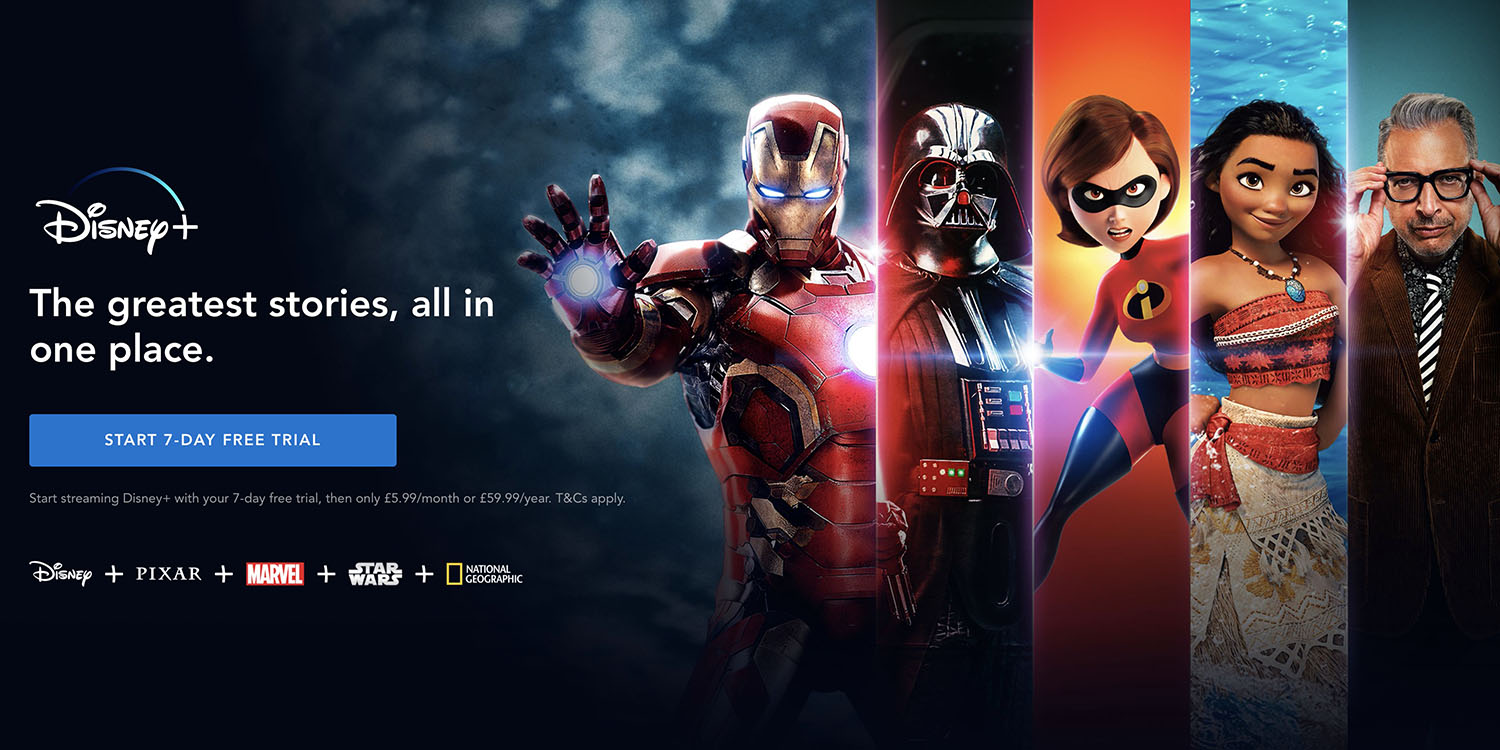 Unsurprisingly, with so many people under lockdown at home, most video streaming services are seeing a huge increase in demand, with many new subscribers.

Disney+ seems to be seeing the biggest boost, with a tripling of its sign-up rate, likely triggered by school closures …

As Americans brace for spending weeks (or months) inside as the coronavirus pandemic spreads, they are subscribing to additional streaming services, with Disney+ proving to be far and away the most popular choice.

Between Saturday, March 14, 2020, and Monday, March 16, 2020, the number of Disney+ signups more than tripled compared to the same period from the week prior, according to data provided exclusively to Forbes from streaming analytics firm Antenna.

Those numbers are likely to increase even further: Disney+ yesterday launched in the UK, Ireland, Germany, Spain, Italy, Switzerland, and Austria.

HBO Now followed with a 90% gain and Showtime with 78%.  Netflix saw a 47% increase – which is huge, considering the number of subscribers it already had – while Apple TV+ saw a boost of just 10%. The company may benefit, however, though increased demand for its Apple TV hardware.

Free trials do complicate things, with Antenna cautioning that HBO Now and Showtime tend to see the most churn: where people take out a free trial and then cancel. How many of these video streaming services will retain their new members once the lockdowns end is the big question.

But it’s still good news for Disney in particular for now.

This is a bright spot for Disney, as much of its business is placed on pause. Earlier this month, the company decided to close its theme parks in the U.S. and Europe in addition to the ones in Asia that had been shuttered earlier. Its film studio has also delayed the release of tentpole films like Mulan and Black Widow and faces an uncertain future when movie theaters open again. Last week, Disney announced its intention to raise cash to deal with the loss of revenue; perhaps the jump in Disney+ subscribers can help with that, as well.

Incidentally, watch out for a ‘free Netflix’ hoax. TNW notes that people are receiving texts and WhatsApp messages claiming to offer free subscriptions during the coronavirus outbreak, but the company says there is no truth to this.