Apple Music adds in-app notifications for new releases, here’s how to enable them 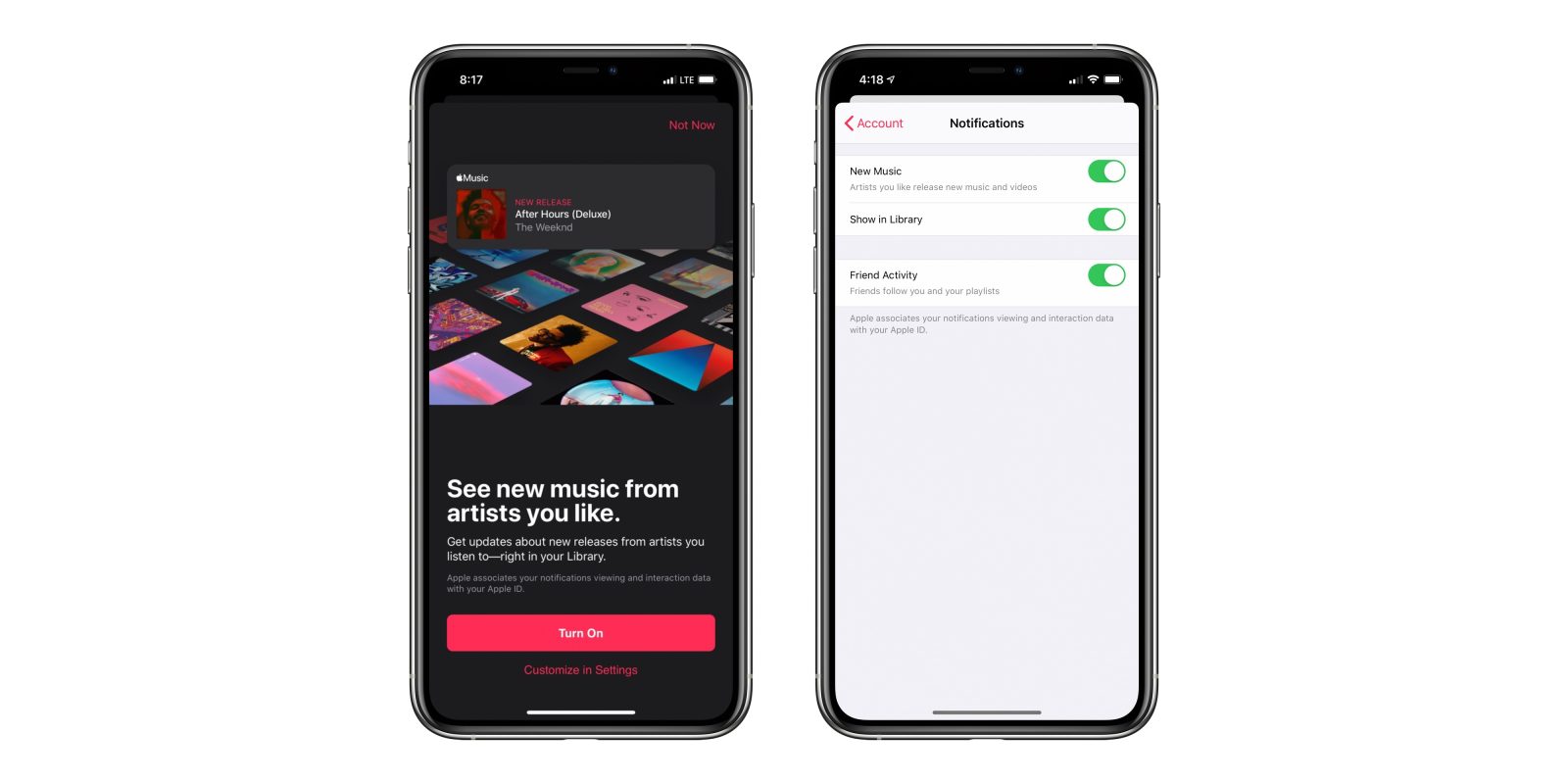 Apple Music notifications have never necessarily been a reliable source for new music releases. But Apple is now rolling out a new change that aims to bring notifications in-app. Read on as we explain what that means and how to enable it.

Apple is rolling out this feature now with a new splash screen that appears in the Apple Music app. But if you don’t see this splash screen, here’s how to manually control your notifications:

Apple Music has used push notifications to highlight new releases in the past, but these have never been very reliable and often appear days or even weeks after a song or album is released. It remains to be seen whether these new in-app banner notifications are more reliable. There are, however, third-party apps that offer similar functionality, such as MusicHarbor or MusicDay.

What do you think of this functionality? Do you have any feature requests for Apple Music or the Music app as a whole in iOS 14? Let us know down in the comments!