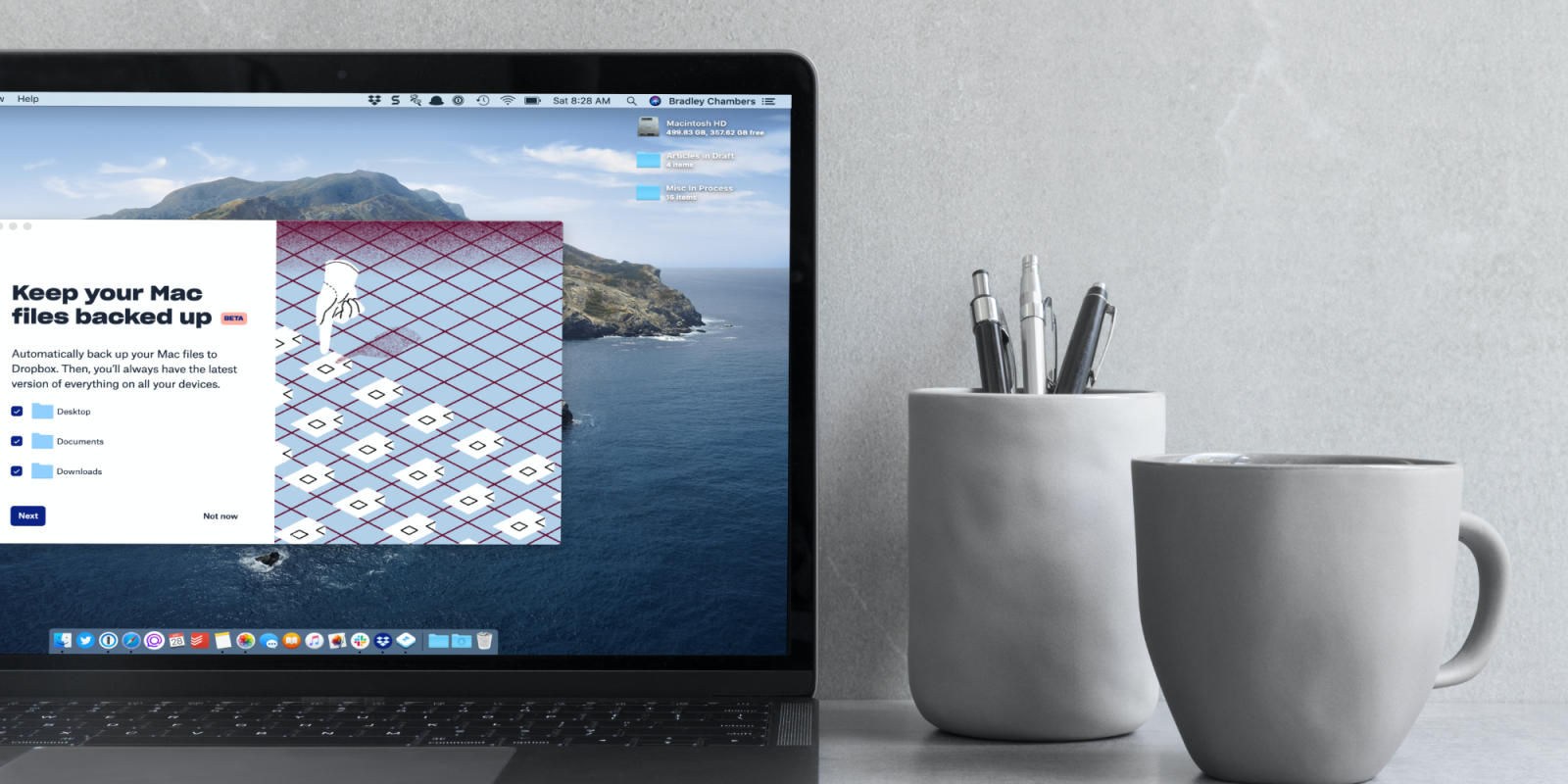 One of the key differences between iCloud and Dropbox is that iCloud will sync the native macOS documents folder along with your desktop. I have found the desktop syncing to be highly useful since I have a MacBook Pro at home and one at work along with iOS devices. I love being able to drop a file on the desktop and have it appear everywhere. Until now, Dropbox was limited to syncing its folder, but the latest Dropbox beta shows the company is expanding beyond being a ‘folder that syncs.’

Dropbox on the Mac has slowly been expanding its feature set and how it works, and today, the latest beta adds the option to sync your documents, downloads, and desktop. In my testing (download folder only), it worked as advertised. Once enabled, there will be a My Mac folder in your dropbox that will contain all of your downloads folder. I am still trying to wrap my head around how Dropbox is going to keep this integrated with macOS so the user doesn’t notice some strange things happening.

This feature will likely be very popular with enterprise Dropbox users as it will then become a quasi backup solution. The default place for a lot of people’s document storage is on the desktop. Instead of having to re-train people to store documents in a Dropbox folder for syncing, files can be stored in the big three 3 locations. Some of the users I support have thousands of files in their downloads, so this would make it easy to migrate to a new Mac (or access all of their files from the web). It will also be beneficial when switching to an iPhone or iPad as all of a user’s files will be available.

This news from Dropbox comes at a time when iCloud has finally launched folder sharing with iOS 13.4. I’ve been using iCloud Drive as my default syncing solution for a few years now, and the desktop sync was a key reason. The deleted file restoration for iCloud isn’t nearly as robust as what Dropbox offers, though. Now that Dropbox has matched iCloud Drive’s feature set on macOS, users can pick which solution they like best. 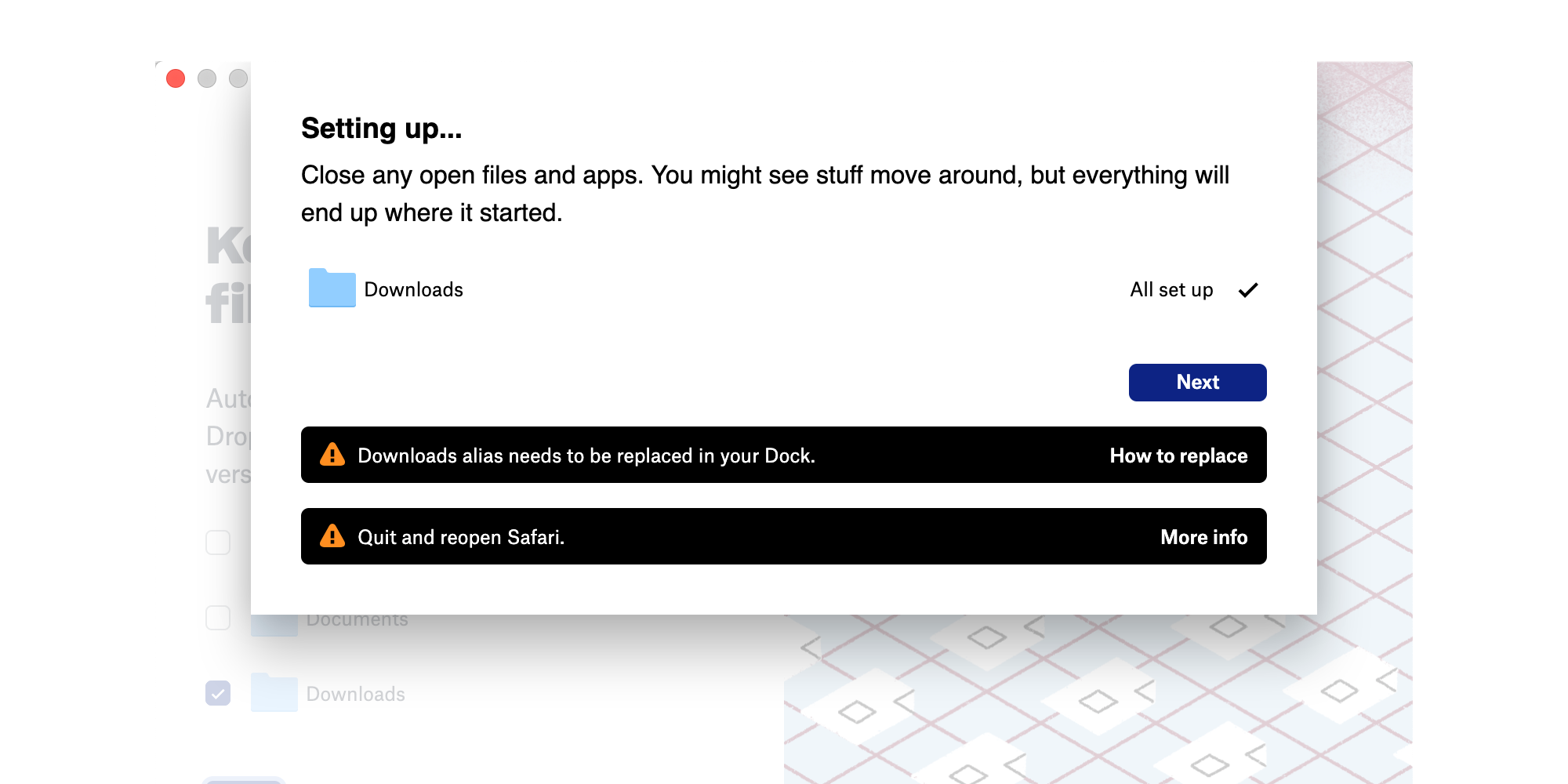 I’ve searched for Dropbox’s support page for information about this feature, but I cannot find a single document. The company announced earlier this month that they had rewritten the primary sync engine.

Over the past four years, we’ve been working hard on rebuilding our desktop client’s sync engine from scratch. The sync engine is the magic behind the Dropbox folder on your desktop computer, and it’s one of the oldest and most important pieces of code at Dropbox. We’re proud to announce today that we’ve shipped this new sync engine (codenamed “Nucleus”) to all Dropbox users.

Do you have access to the latest Dropbox for Mac beta? Did you enable the desktop syncing feature? Will this feature make you lean towards using Dropbox over iCloud Drive? Let me know in the comments.