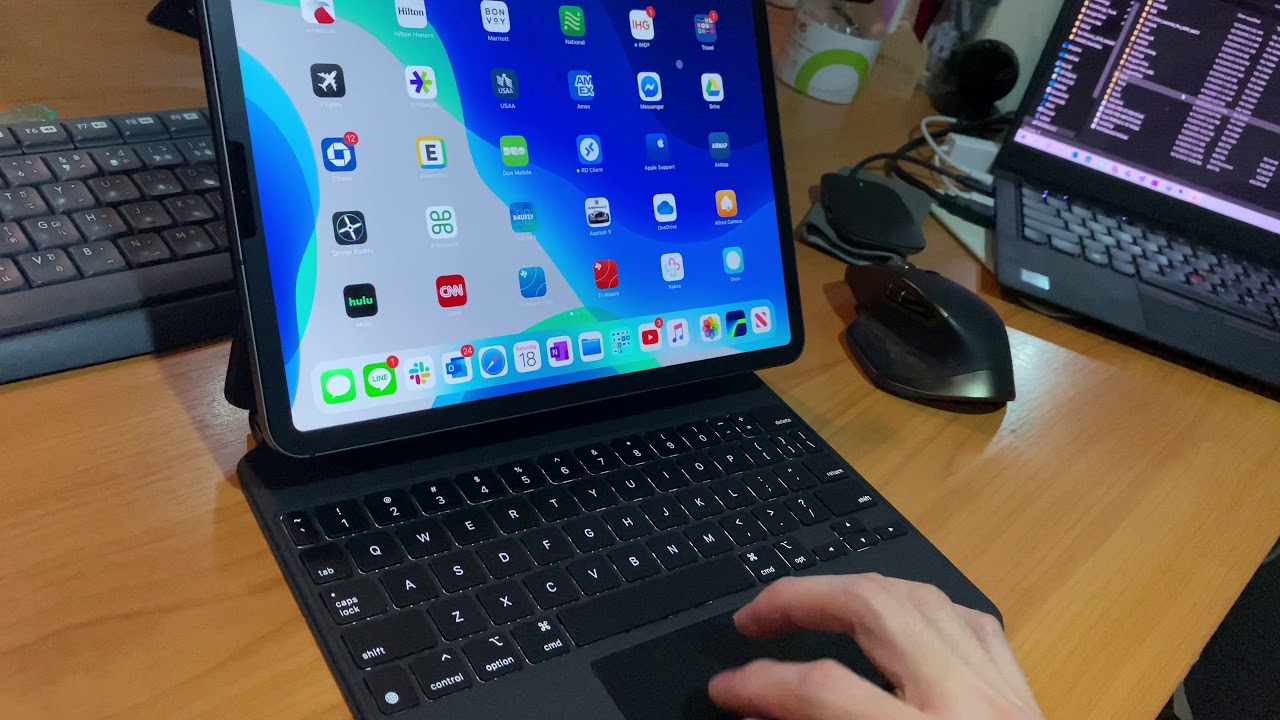 So far, a collection of six videos from two iPad Pro users have popped up on YouTube this weekend. These videos offer our first real-world look at the new Magic Keyboard with trackpad for iPad Pro.

The first video, which is in Thai, walks through the unboxing experience of the Magic Keyboard. Federico Viticci of MacStories was first to discover this video. As he points out on Twitter, one of the key takeaways here is that the Magic Keyboard for the 11-inch iPad Pro apparently weighs 600 grams.

The second collection of videos is in English and covers many of the same features of the Magic Keyboard for iPad Pro. The first video, in particular, provides an interesting look at the “floating” cantilever design and hinge system of the case. There’s also a look at how sturdy the Magic Keyboard is for using it in your lap.

It’s hard to tell too much from a short video, but the hinge does appear to be pretty strong. This is underscored in a second video from the same user, which shows the different angles of the hinge design and how to adjust between them. One concern is that it doesn’t appear like there’s actually much support for adjusting the angle of the iPad Pro once it’s “floating” above the keyboard. 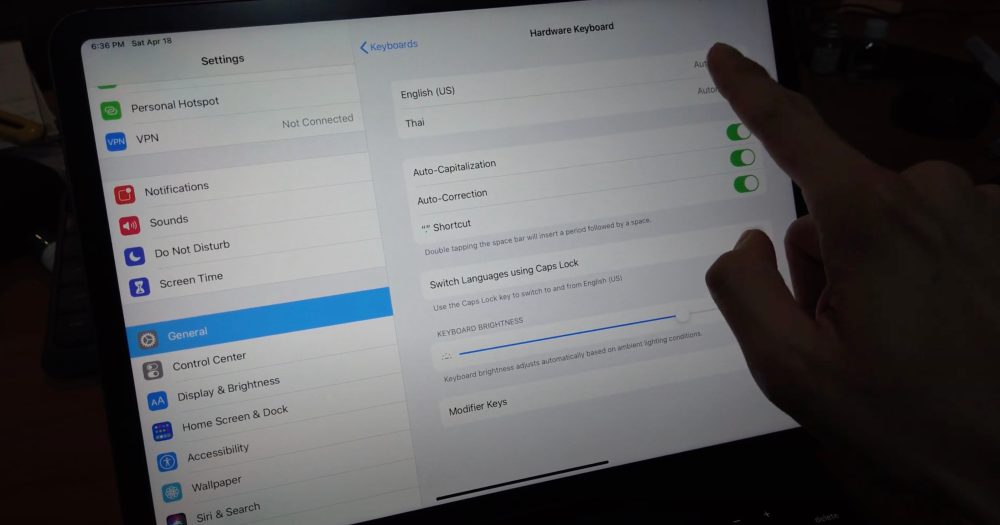 Here’s a screen grab of the Magic Keyboard’s preferences pane in the Settings app. As you can see, it’s easy to adjust backlighting brightness through the Settings app, but there’s also support for automatic adjustment based on ambient lighting conditions.