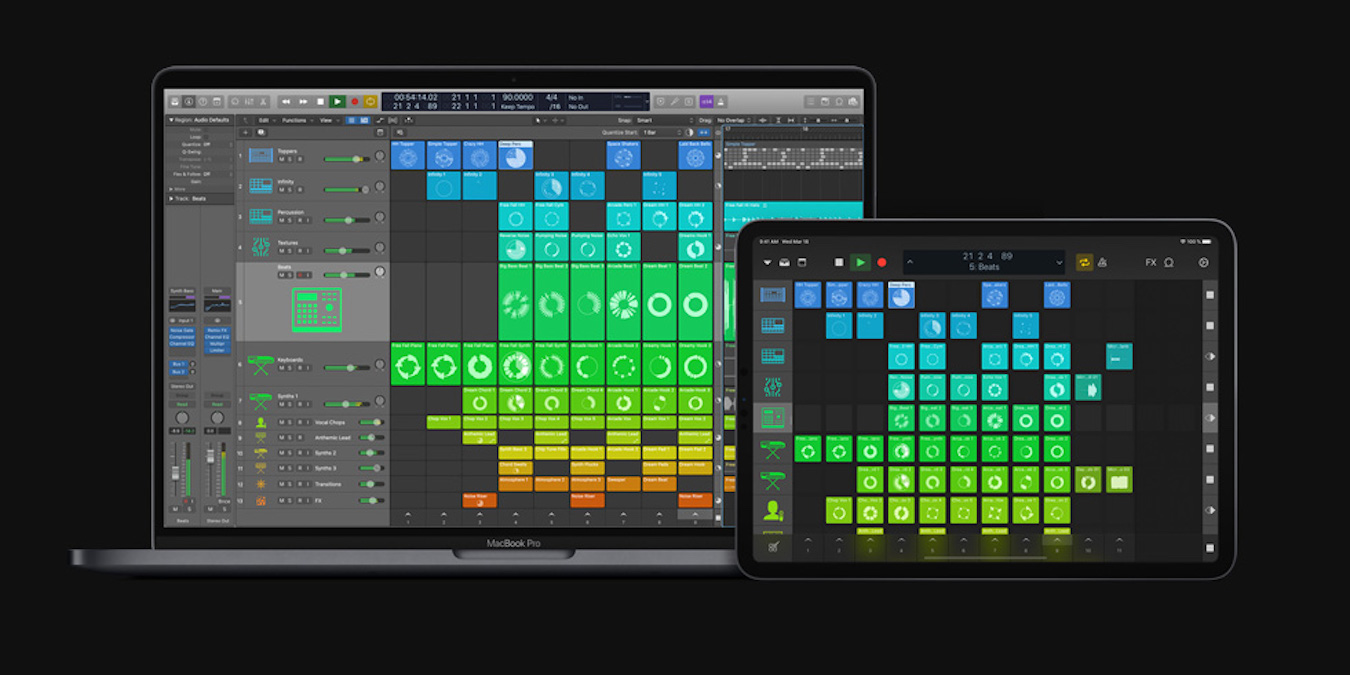 Apple has now unleashed the latest update for its flagship music production software, Logic Pro X. And it’s a major one. As expected from a leaked screenshot late last month, the Logic Pro X 10.5 update includes some amazing new features like Live Loops, Remix FX, and much more. Head below for a closer look.

Apple has issued a major new update for Logic Pro X today and one of the standout features would have to be the inclusion of Live Loops. A feature once only found in Garageband for iOS is now available inside of Apple’s professional DAW suite. Here’s more from Apple:

With Live Loops on the Mac, Logic users can now create music in new freeform and nonlinear ways. Loops, samples, and recordings can be organized into a new musical grid, where musicians can spontaneously perform and capture different arrangement ideas into the timeline. From there, tracks can be further refined using all of the professional production features in Logic.

You can see from the release notes above, the GarageBand Remix FX — a plug-in suite of sorts that offers up DJ-style FX — is also now available in Logic Pro X alongside using Logic Remote on iOS to perform Live Loops using multi-touch gestures.

And whoa! A new sampler for Logic is here. What feels like 10+ years in the making has finally landed in Logic Pro X. Drag and drop sampler instrument creation from basically any source. And it “supports all existing EXS24 instruments.” Thank you Apple.

Here’s a look at the rest of the new update notes and you can expect a full break down of Logic Pro X 10.5 coming later today:

• Record live samples using a microphone, external hardware, or from any track or bus

• Create and edit patterns with discrete control over velocity, repeat, chance, offset, step rate, skip and tie for each row

• Use any patch as a sound source, including custom kits made with Quick Sampler and Drum Machine Designer

• Includes a library of over 150 rhythmic and melodic patterns