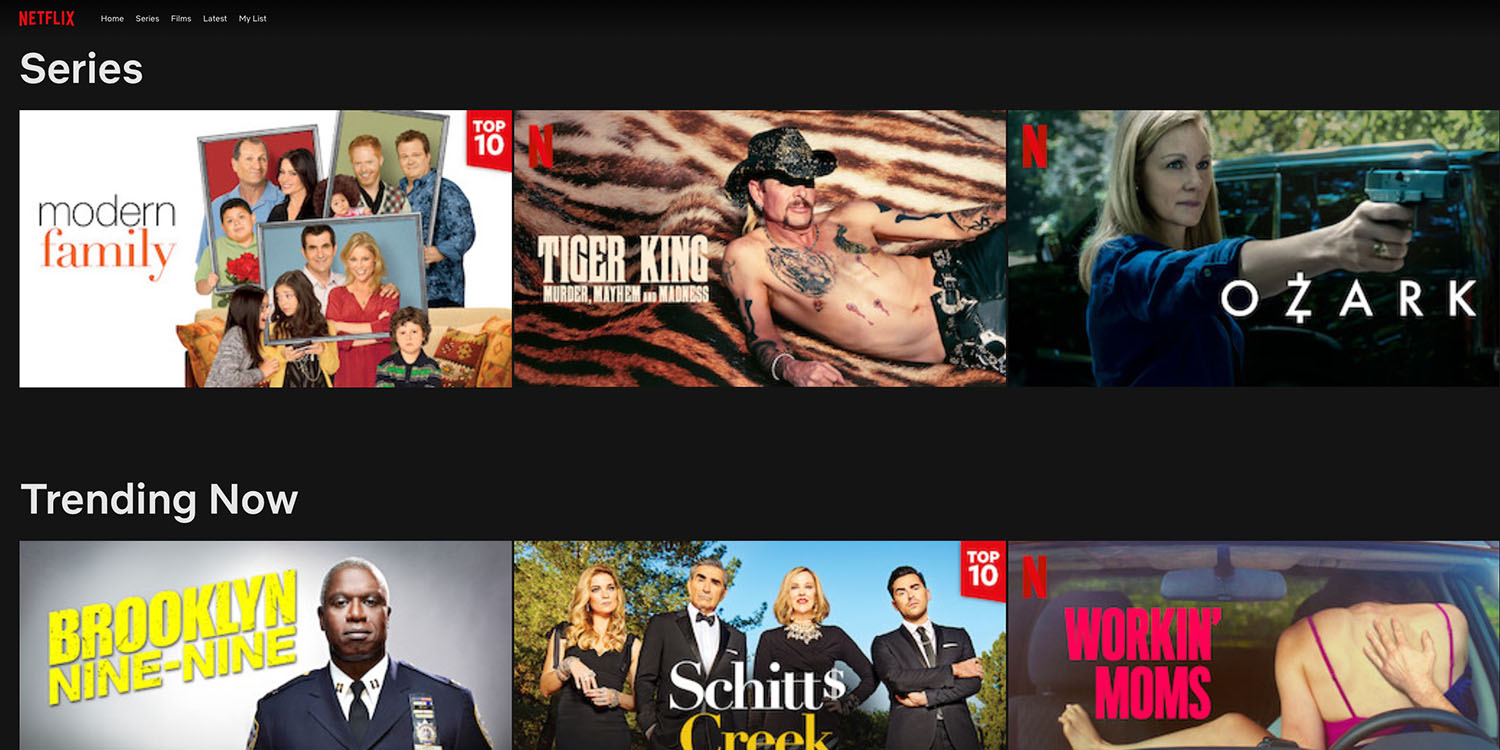 Netflix is gradually lifting coronavirus-related streaming quality limits in Europe. Netflix, Apple TV+, Amazon Prime Video have all complied with a European Commission request back in March to reduce bandwidth to help people work from home during the lockdown …

Netflix was the first streaming video company to confirm that it was complying with the request, and was quickly followed by others.

We are making a commitment to temporarily switch all traffic in the EU to standard definition by default.

Apple appears to be serving video streams with resolutions as low as 670 pixels tall. In addition to lower resolution, the streams appear heavily compressed with visibly blocky artifacts.

The degradation in video quality is very noticeable, and even more so on the >40-inch televisions most people have in their living rooms these days. The lower quality is a far cry from the richly detailed 4K HDR content Apple TV+ normally serves.

Apple said that it was implementing the lower-bandwidth service for 30 days, and did indeed restore 4K streaming late last month.

FlatpanelsHD (via Gizmodo) reports that Netflix is now doing the same, with limits lifted in at least three countries so far.

Netflix subscribers in Denmark, Norway, Germany and other European countries have contacted FlatpanelsHD or taken to forums to report that streaming quality has been restored, meaning 4K HDR streaming at up to 15 Mb/s bitrate. HD bitrates are also reverting back to normal.

However, the changes do not apply universally yet. On 2020 TVs that we are currently testing, Netflix’s 4K HDR streaming quality is still capped to maximum 7.62 Mb/s.

In a statement to FlatpanelsHD, Netflix says that it is working with internet service providers to increase capacity. Netflix said that it added four times the normal capacity in April. So depending on your device, ISP, and perhaps other factors, you may not be seeing Netflix’s normal streaming quality just yet. But the process has started.

“Please note, we are working with ISPs to help increase capacity. In the last month alone we have added four times the normal capacity. As conditions improve we will lift these limitations,” Netflix said in a statement to FlatpanelsHD.

The first phase of the UK lockdown ended this week, with a rather confused message about the second phase.

Originally, everyone was asked to work from home if they can do so, and only ‘essential workers’ were supposed to go out to work. This included healthcare workers, emergency services personnel, and those involved in the food industry.

The new guideline asks everyone to return to work if they cannot work from home and this can be done safely, but asks people not to use public transport – a request which is completely impractical for most people who work in large cities like London. Employers are also saying it is impossible to comply with social distancing requirements if too many people return to work.