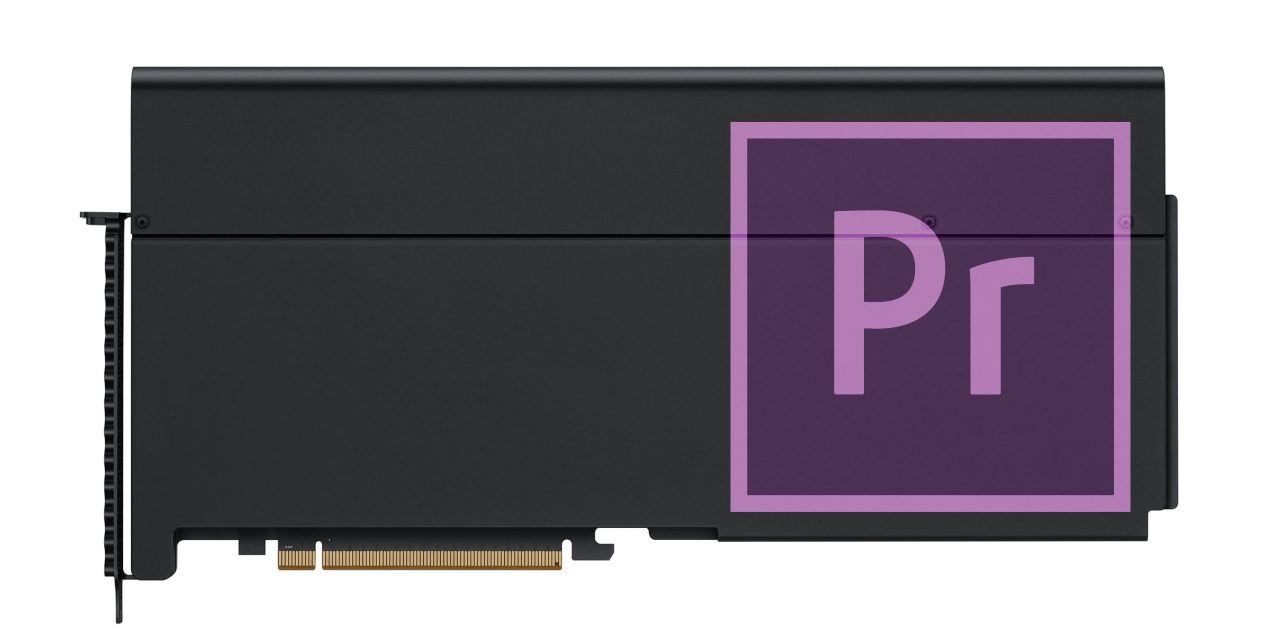 As noted by MacRumors, the Apple Afterburner Card will accelerate ProRes 4444 and ProRes 422 video codec decoding in Adobe’s NLE, supplementing other hardware to aid performance. ProRes RAW acceleration is not yet available in the beta.

The $2,000 Apple Afterburner Card is a Mac Pro exclusive that can be added during the build-to-order process, or after the fact via a standalone purchase. The card, which features a programmable ASIC capable of decoding up to 6.3 billion pixels per second, can virtually eliminate proxy workflows, even for high bit rate high resolution video. The PCIe Express card will fit into any full length slot, but delivers the best performance when placed in an x16 slot.

Initially the Apple Afterburner Card was only supported in Final Cut Pro X, but Apple marketing details and documentation have always mentioned the possibility of third-party support.

Support for Afterburner is included in Premiere Pro, After Effects, and Media Encoder beta builds 14.3.0 and newer. Adobe says that the Metal renderer, which is the default renderer, must be used to support Apple Afterburner Card decoding acceleration.

In Final Cut Pro X, tests have shown that the Apple Afterburner Card can significantly speed up the workflows for those utilizing ProRes. Adobe is soliciting feedback from its beta users in order to gauge performance of Afterburner support in its Creative Suite applications.

What do you think about Adobe’s support for both ProRes RAW and its in-progress Afterburner Card support? If you’re a Final Cut Pro X user, will these changes tempt you to give Adobe’s products a try?