COVID-19: How do Apple Store procedures compare to other leading retailers? 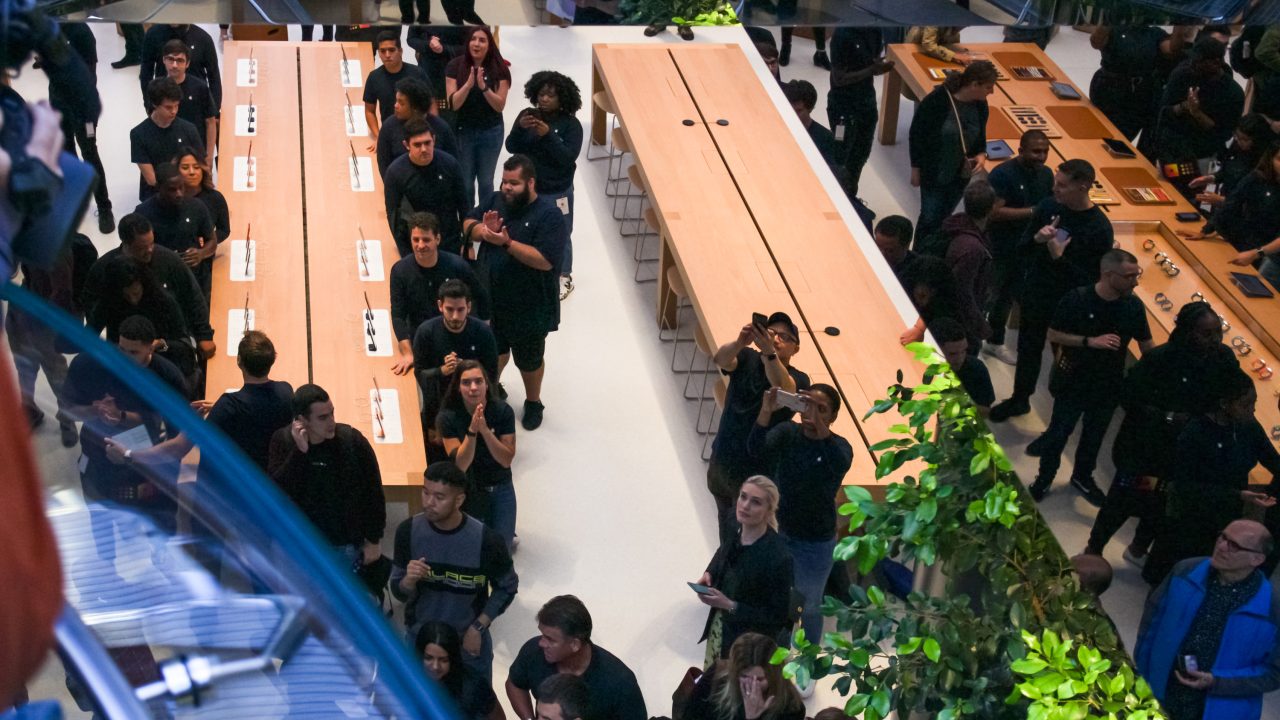 On May 17, Apple detailed its retail store response to COVID-19 in an open letter written by SVP of Retail + People Deirdre O’Brien. The letter spoke of a commitment to care for store teams, customers, and communities. Apple has been recognized as an early leader in its actions to create a safe store environment. How does its response compare to other top retailers?

The COVID-19 pandemic has thrust the priorities of every brand into the spotlight. Crisis leveled the playing field for retailers large and small, and empathy became the competitive advantage. Decisions that had to be made in hours will have an impact for years. Although most stores have come to agree on a basic set of best practices, each retailer’s closing and reopening strategy has varied widely in terms of attention to detail, employee treatment, and public communication.

After successfully navigating store closures and subsequent reopenings in Greater China, where the virus first spread, Apple closed the rest of its retail store fleet in a letter on the evening of March 13. All stores outside of Greater China remained closed until April 18, when a single location in South Korea reopened. On May 11, Idaho became the first US state to see an Apple Store reopen. Although guidance varies slightly from location to location, every reopened Apple store has generally adopted the same safety procedures: 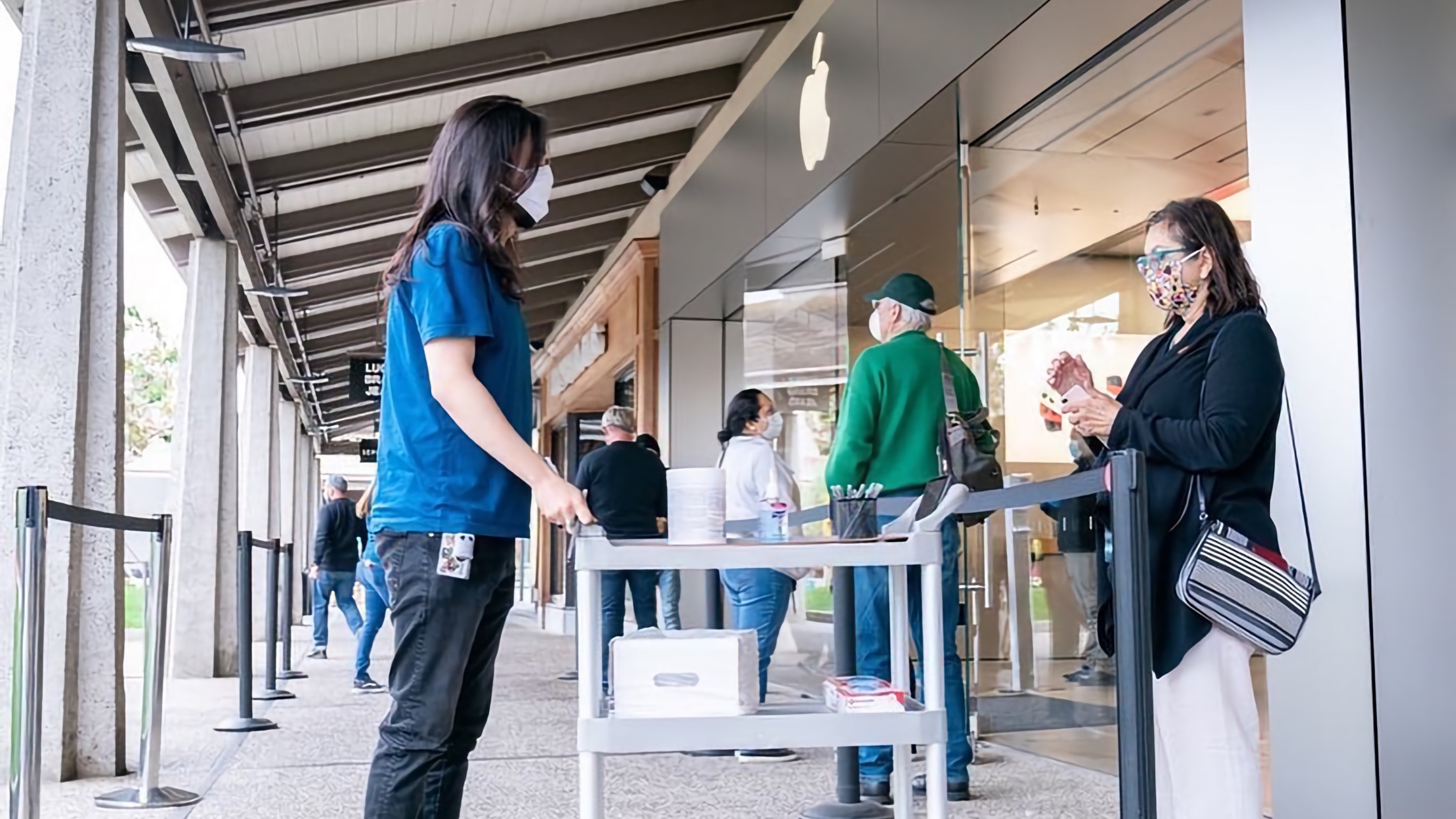 I analyzed the US COVID-19 response of over two dozen major retailers to see how Apple’s efforts compare. Many of the brands in my analysis frequent the tenant listings of Macerich’s top 10 properties ranked by sales per square foot. Apple operates stores in 8 of these top 10 malls and 21 stores across all of Macerich’s properties. Other retailers on my list include relevant digital-first brands, competing electronics retailers, and socially conscious businesses.

Retailers I analyzed generally fall into one of three categories: stores closed and have begun to reopen, stores closed and remain closed, or stores were deemed an essential business and have continued to operate throughout the pandemic. Here are the dates each company began closing its US stores and the dates when reopenings began, where available:

Unable to view this chart? Open it as an image.

The majority of retailers that haven’t announced a reopening timeline haven’t yet provided an outline of the steps they’ll take to keep customers and employees safe. I sourced my data primarily from information publicly available on each company’s website and contacted customer support if little detail was available. Keep in mind that policies are changing daily, and the information in this article is up to date as of May 22.

It’s tempting to grade each retailer with a checklist of safety procedures, but ticking boxes overlooks the unique aspects of every brand’s stores. What makes sense for a mall tenant might not scale to a big box store. Instead, let’s look at specific measures that stand out, beginning with retailers that remain closed. 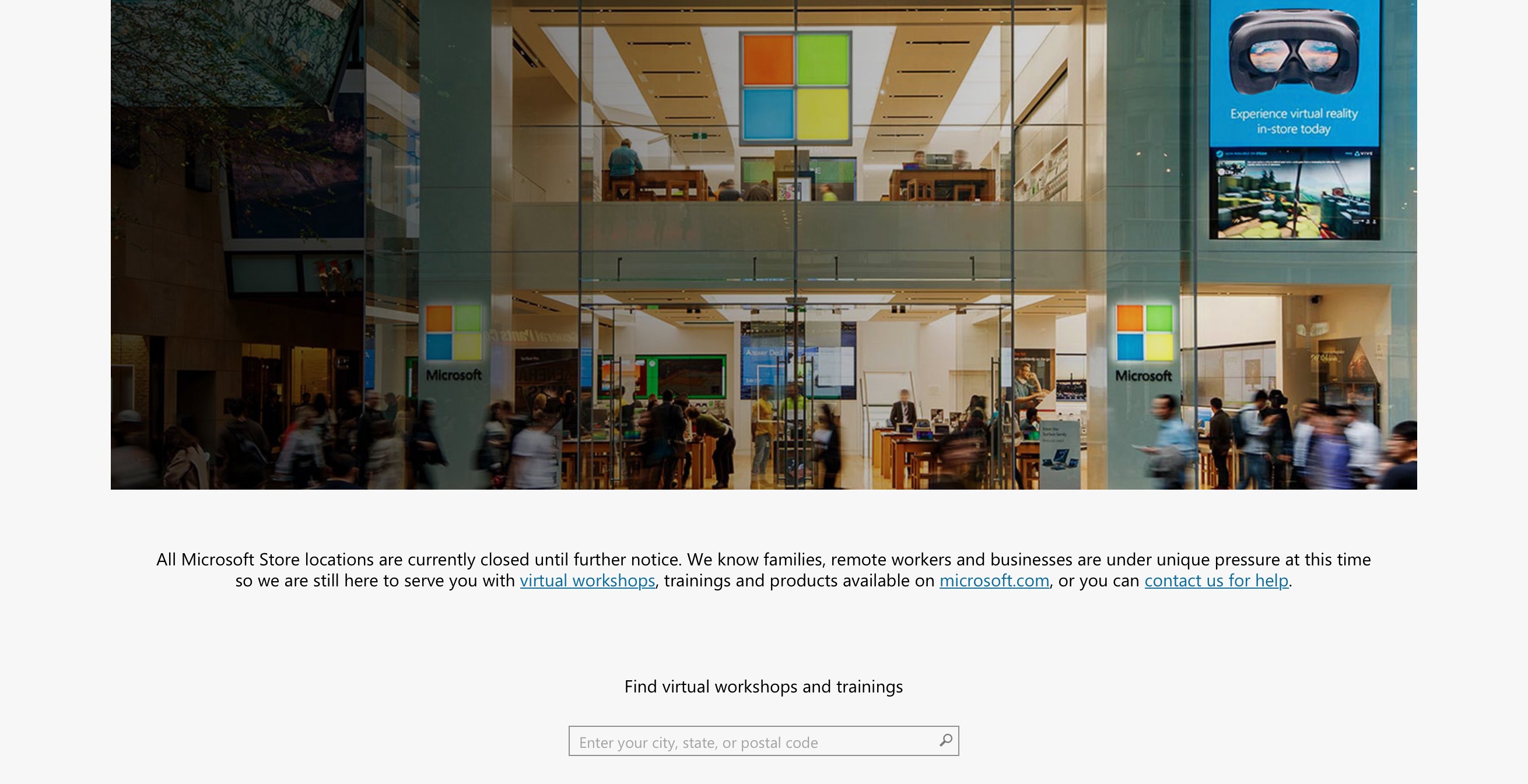 Of the 25 brands I studied, 10 remain entirely closed to walk-in customers as of May 22. Allbirds, Away, Camp, Glossier, Microsoft, Peloton, and Samsung Experience Stores list no estimated reopening dates. Apple announced its US reopening plans on May 8.

Aesop plans to be closed through early June, but is offering call and collect ordering at three locations. Amazon Go Grocery and Go stores in Seattle have remained open, but Amazon Books, 4-star, and Go stores elsewhere are closed. Microsoft has done a commendable job providing virtual workshops and work-from-home support opportunities for retail staff while its stores are closed. If that sounds familiar, it’s because Apple has also offered retail team members the opportunity to work as AppleCare at Home Advisors and has created Today at Apple at Home creative sessions. Microsoft and Apple are among a slowly dwindling number of companies able to continue paying employees during extended closures.

Glossier and Patagonia’s CEOs have spoken out strongly against reopening before they feel comfortable. Both were among the first to close their stores, and both maintain they will be among the last to reopen. The commitment to safety hasn’t come without its own costs. Patagonia has furloughed 80% of its retail staff, and Glossier will furlough its teams beginning June 1. Striking a balance between physical health and financial health has proven challenging. 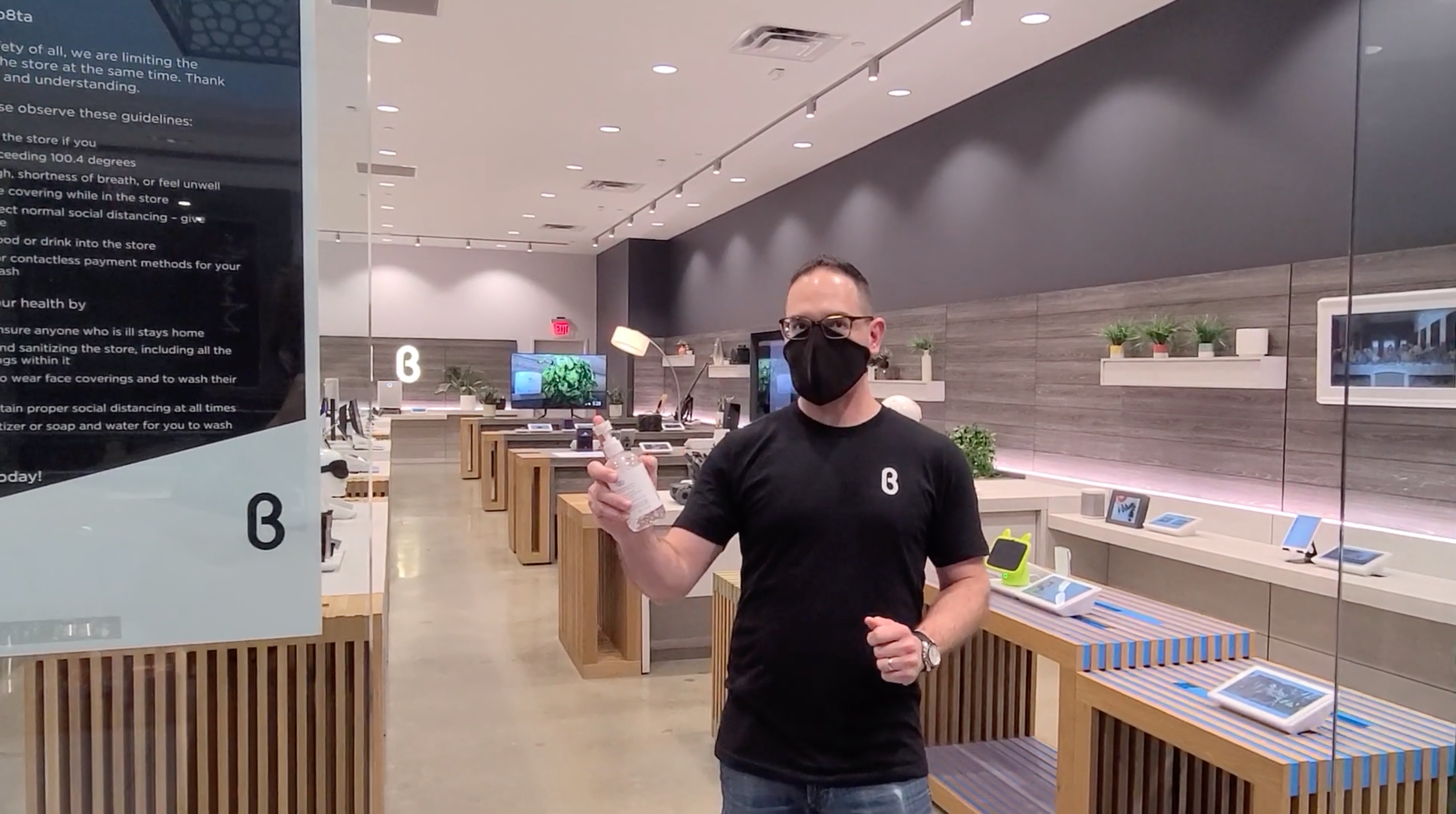 Several retailers I studied began phased reopening plans over the past few weeks. Each has taken a very different journey. Nike says it is following a “seven-step” process with face coverings and social distancing measures at its company-owned stores. A customer support representative had little additional information.

Uniqlo has located pick-up zones at the front of its stores and is offering curbside service only at other locations. It’s also one of several retailers you’ve probably heard about offering reserved hours for senior citizens and immunocompromised shoppers. A similar system might prove challenging to organize effectively at Apple’s scale and popularity, but I’d love to see it happen.

In addition to standard safety procedures, Warby Parker is ensuring employee safety with patient screenings before eye exams. It’s one of the only companies I found outside of Apple assessing customer health at an individual level. The company is also leveraging its ARKit-powered Virtual Try-On tool to offer in-store contactless shopping.

Tesla’s retail response to the pandemic, like its manufacturing response, has been jarring. As late as March 17, the company still had no plans to shut down its stores and galleries. Plans changed and stores eventually closed, but you wouldn’t know it online. I found almost no health and safety information on Tesla’s website. A customer support representative confirmed to me that showrooms have opened by appointment only. Masks are recommended, but not required.

Outside of Apple, experiential electronics retailer b8ta had the most comprehensive health and safety guidelines of the brands I surveyed. The company website presents customers with a concise video outlining the new store experience. Sanitation policies and customer expectations are documented with an attention to detail that can make even the most cautious shopper confident. To develop the reopening guidelines, b8ta’s team built ShopSafely, a website dedicated to documenting retailer sanitation policies. With only 22 stores, b8ta is a shining example that it doesn’t take the resources of a massive company to put people first. 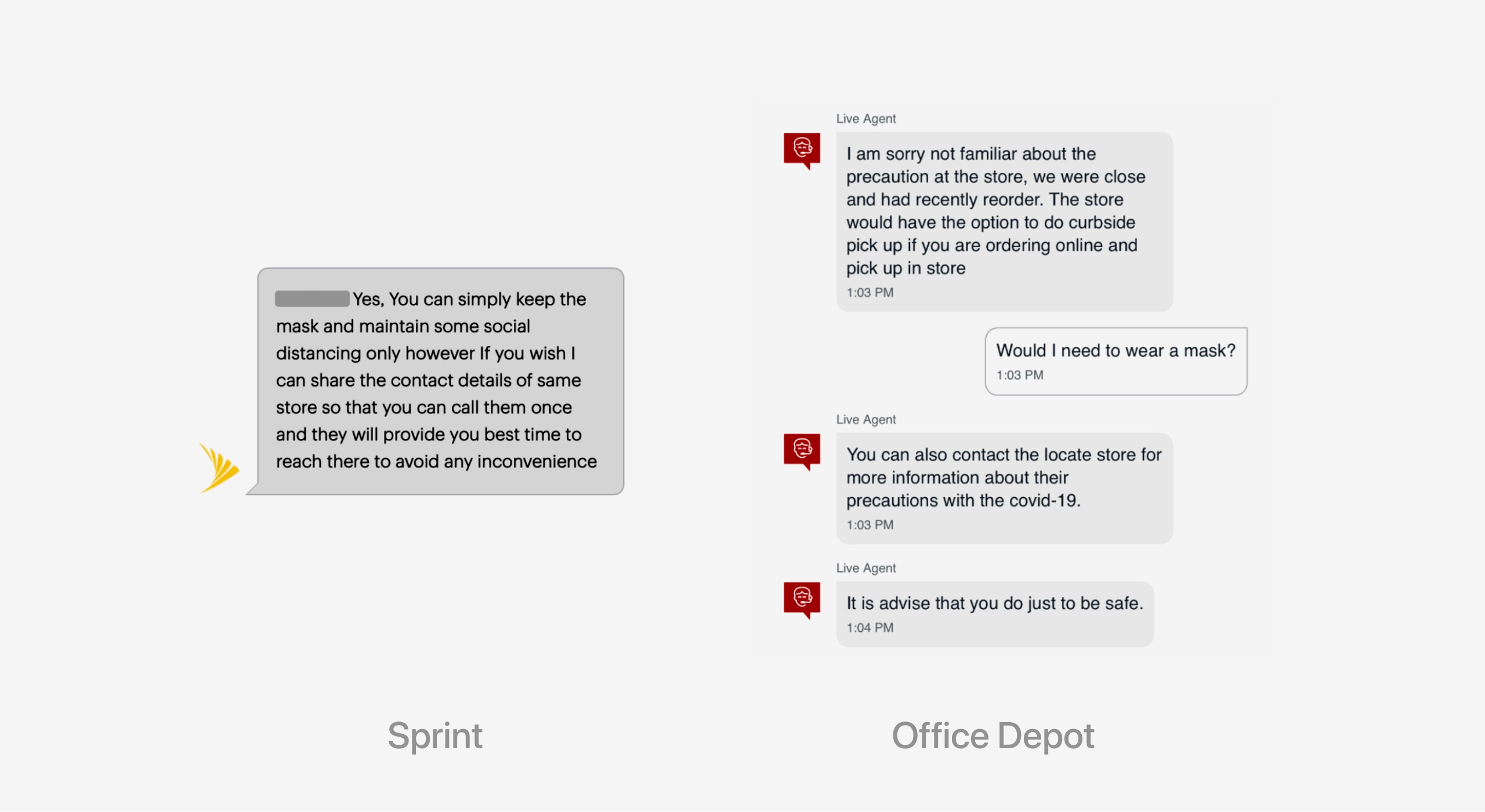 Sprint will require customers to wear face coverings in stores beginning May 22.

Retailers deemed essential and those that never completely closed all store locations were often the most lax in their procedures. Both Office Depot and Staples were subject to petitions urging the companies to close their stores and pay employees during the interim. GameStop informed store managers how to justify staying open to inquisitive law enforcement.

Successful communication to customers and employees has come to define the perception of each retailer affected by the pandemic. I initially raised an eyebrow at Apple’s timeline to reopen US stores. The company’s open letter over the weekend provided much-needed clarity. Apple has excelled in explaining its rationale behind reopening, describing specific data points it considers. Only Best Buy has provided a similar level of clarity, suspending parts of its business deemed essential in March and only resuming operations after it had time to “build what we believe are the right processes, acquire the right equipment, and create the right employee training.” 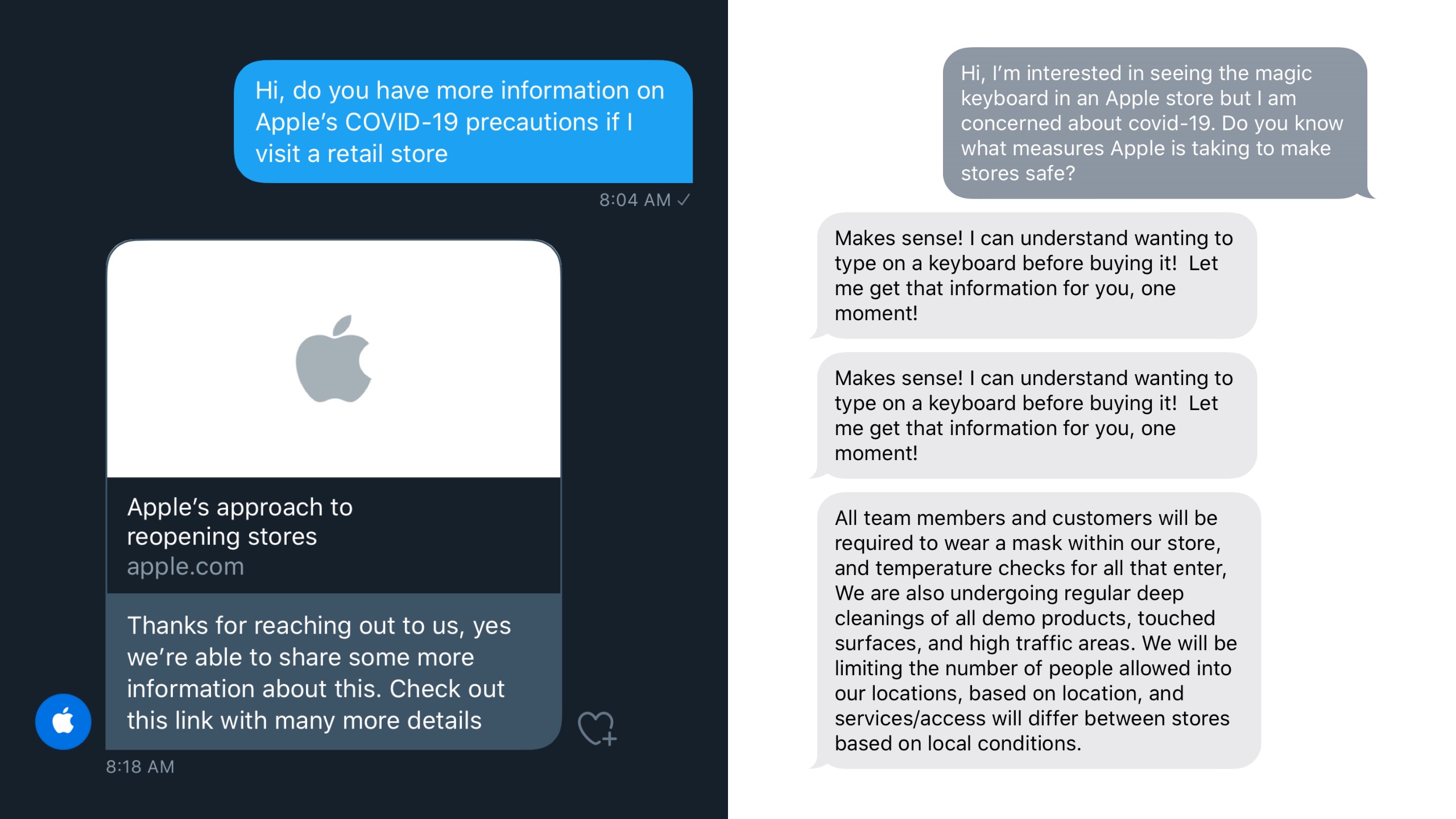 Some retailers have little information on their websites about specific health and safety policies. Several customer support representatives I chatted with were unable to provide more than rudimentary guidance, instead forwarding me to individual store locations. Apple’s Business Chat platform and @AppleSupport Twitter account were well-informed about the company’s policies and able to quickly point me to the most relevant information. For customers wary of a return to social activities, clarity inspires confidence.