macOS 10.15.5 has a trivial bug or a ‘reprehensible’ decision – CCC developer 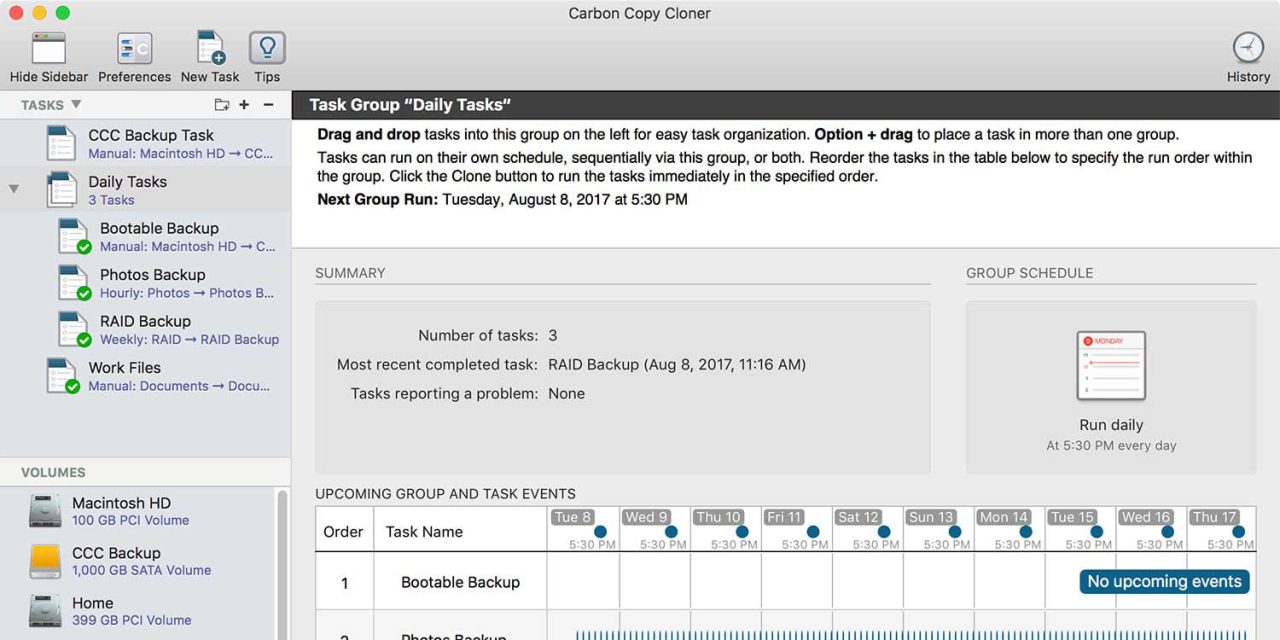 The developer of popular Mac utility Carbon Copy Cloner says that either macOS 10.15.5 has a bug that prevents the creation of bootable backups, or Apple has made a ‘reprehensible’ security decision …

Mike Bombich described the problem in a blog post.

The technical details of the bug are laid out below, but the short version is that we’re no longer able to use our own file copier to establish an initial bootable backup of a macOS Catalina System volume.

He says that this is not an issue for most existing CCC users, as their existing bootable backups will continue to work and can continue to be updated.

To be very clear – existing backups are unaffected, and this has no effect on CCC’s ability to preserve your data, nor any effect on the integrity of the filesystems on your startup disk or your backup disk. The impact of this bug is limited to the initial creation of a bootable backup […] If you established your backup on a previous version of Catalina, then your backup volume already has functional firmlinks and CCC will continue to update that volume just fine.

And for anyone running macOS 10.15.5 who does need to create a fresh bootable backup, there is a workaround.

It’s therefore a trivial bug once you know it exists.

The problem, he says, is that creating the bootable backup will appear to have succeeded while actually failing. That’s either a horrible bug or a deliberate measure by Apple.

It’s hard to find kind words to express my feelings towards Apple right now. Suffice it to say, though, I’m extremely disappointed that Apple would introduce this kind of bug in a dot-release OS update. We’ve seen 5 major updates to Catalina now, we should expect to see higher quality than this from an operating system […]

Could this simply be a security fix – maybe Apple doesn’t want third-parties to create firmlinks? If that’s the case – if this is not actually a bug and is actually an intentional change by Apple, then I would argue that this is far worse than a bug […]

Reporting success and failing is reprehensible. Last, and most important – making such a change in a production OS release with no warning is openly hostile to third-party developers who were relying on the documented functionality.