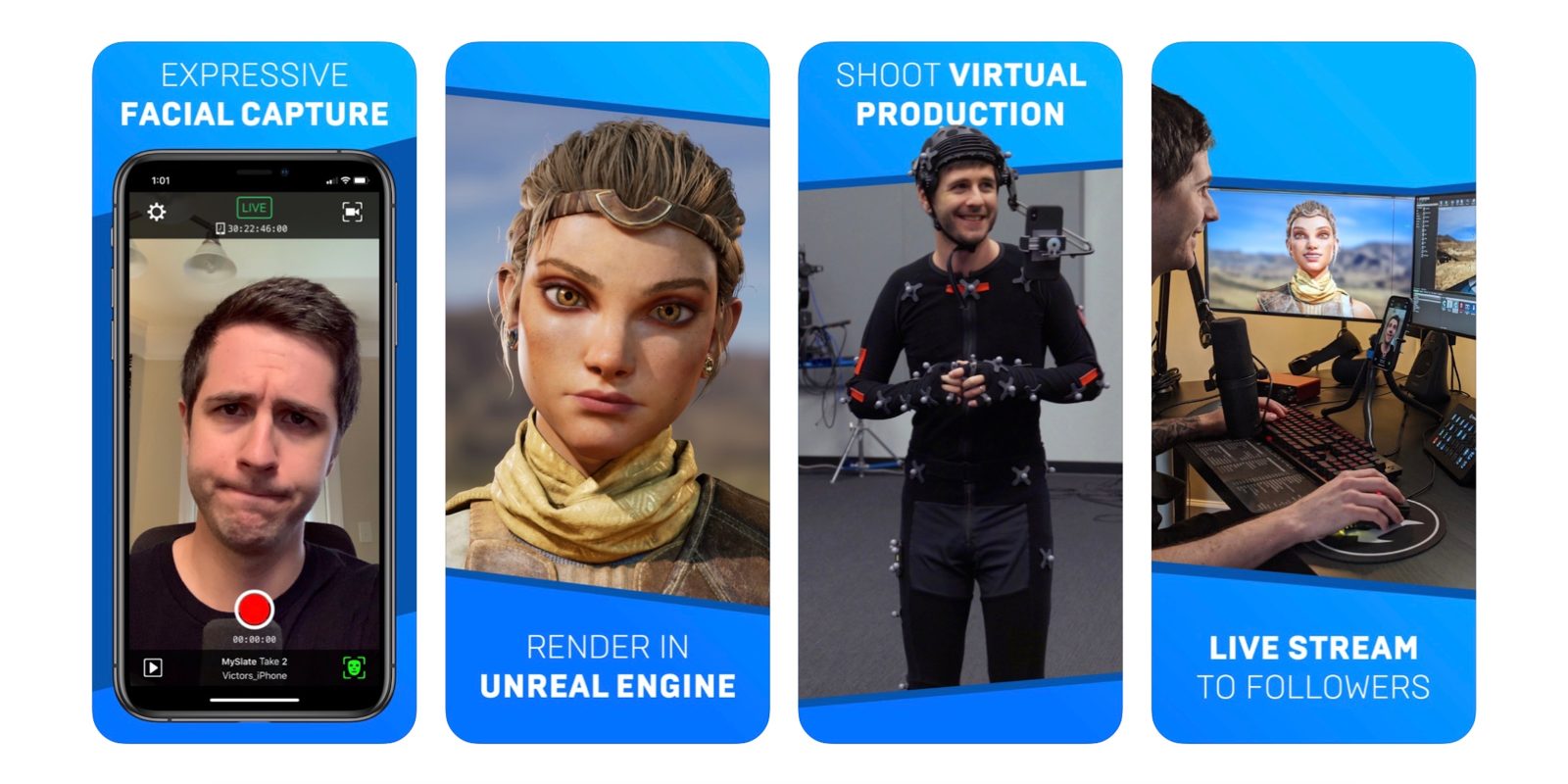 Epic Games is out with an update today that sees the launch of a new iOS app for game developers to improve virtual production. The Live Link Face app for iPhone and iPad lets game devs capture facial expressions in real-time and see them applied live to characters in Unreal Engine.

Epic Games announced the news in a blog post today (via MacStories). The Live Link Face app makes use of Apple’s ARKit as well as the TrueDepth front-facing cameras on iPhone and iPad.

Live Link Face streams high-quality facial animation in real time from your iPhone directly onto characters in Unreal Engine. The app’s tracking leverages Apple’s ARKit and the iPhone’s TrueDepth front-facing camera to interactively track a performer’s face, transmitting this data directly to Unreal Engine via Live Link over a network.

Epic Games says the app is very versatile and can be useful for everything from large virtual productions to “a single artist’s desk” making it a valuable tool for those just getting started all the way up to veteran game studios.

Designed to excel on both professional capture stages with multiple actors in full motion capture suits as well as at a single artist’s desk, the app delivers expressive and emotive facial performances in any production situation.

Back in May, Epic also showed off its upcoming Unreal Engine 5 that will bring some impressive new technologies and be compatible with Mac and iOS.