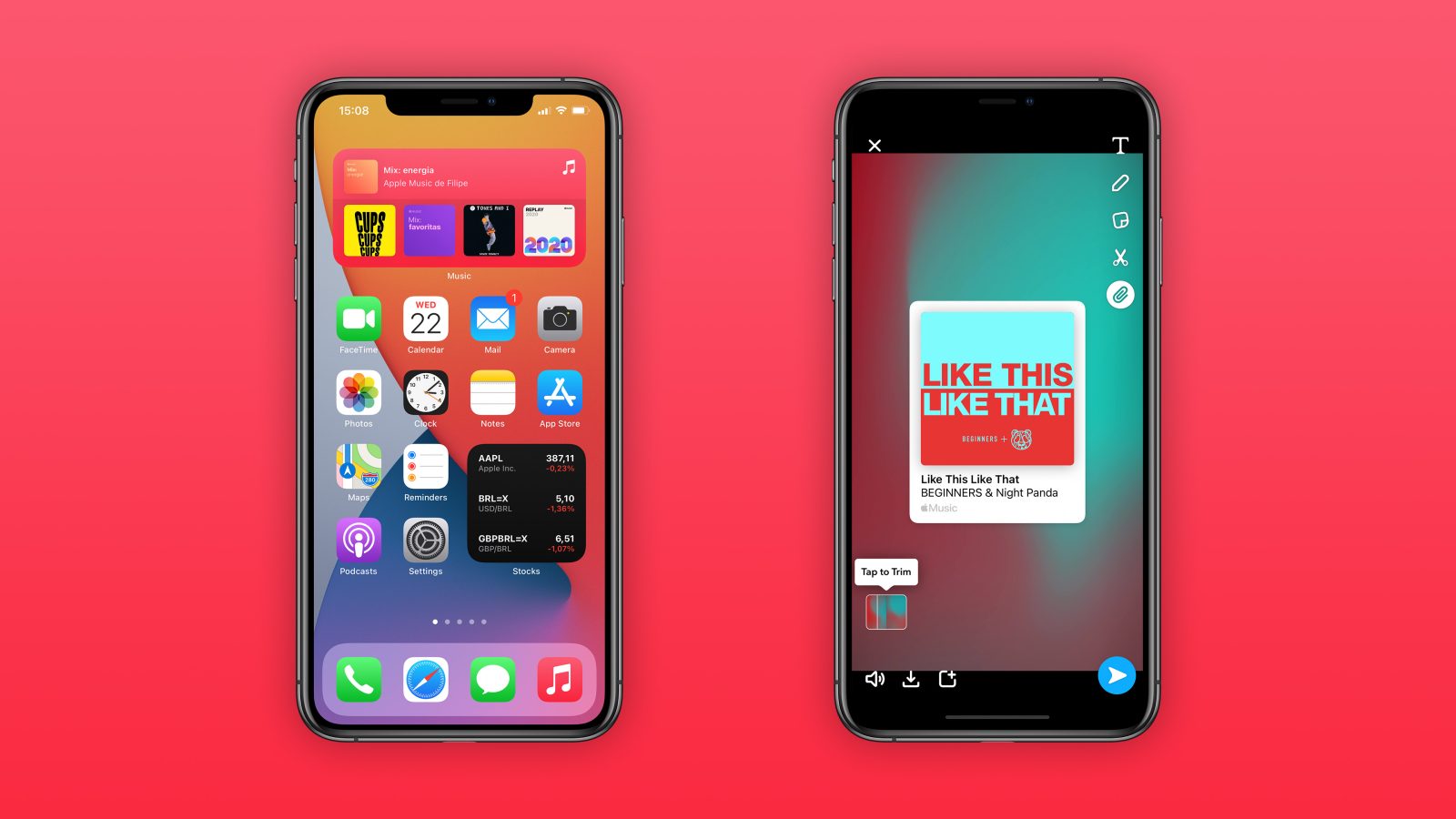 Apple has just released iOS 14 beta 3 for developers, and while we are still looking for what has changed, we have already found some visible updates to the Music app and Apple Music.

What most users will notice after updating to the latest version of iOS 14 is the new Music app icon, which comes as a surprise.

The new icon has a gradient with shades of red instead of the white background, which is somewhat similar to the old Music app icon on iOS 8. The home screen widget has also been changed to reflect the new icon.

In addition to the new icon, Apple Music now features Snapchat integration on iOS 14 beta 3. Earlier this year with iOS 13.5, Apple added a new option for Apple Music subscribers to share the songs they’re listening to on Instagram Stories.

iOS 14 is currently available as a beta release and is expected to be officially released to the public this fall.