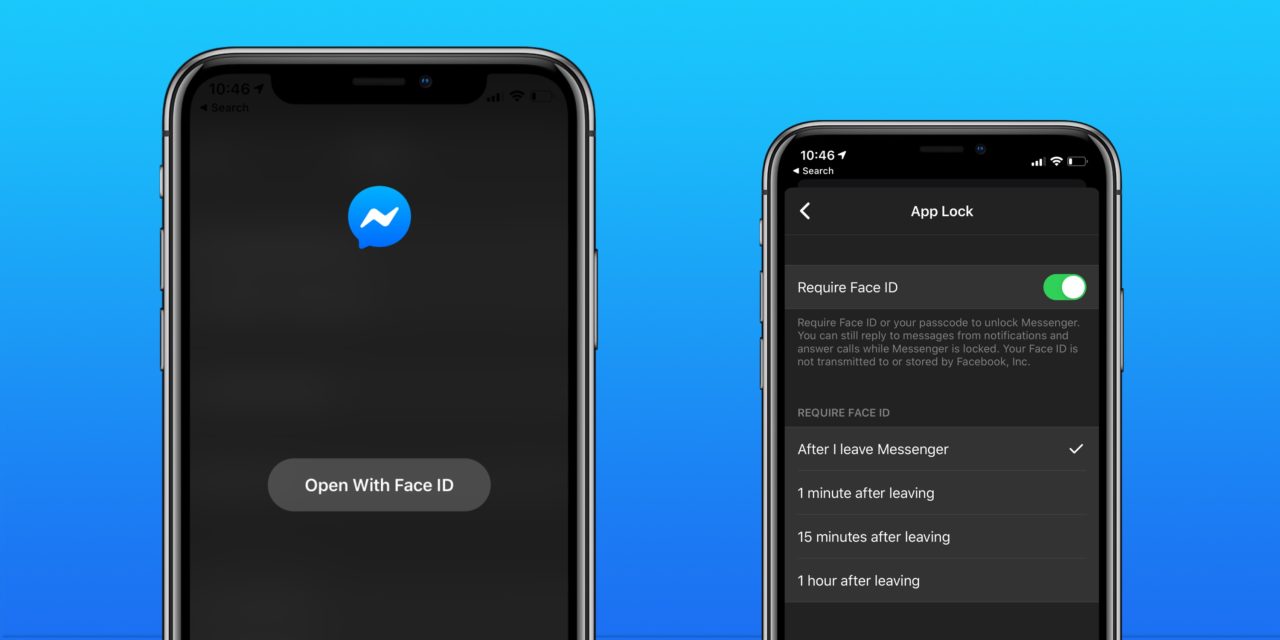 Facebook Messenger has been updated today with a handy new privacy feature that allows iPhone and iPad users to lock the app with Face ID and Touch ID.

The new App Lock feature in Facebook Messenger lets you lock the app and your all your chats behind Face ID/Touch ID on iOS devices (via the Verge) with the functionality coming to Android in “the next few months.”

This marks another useful addition to Facebook Messenger that has recently arrived ahead of Apple itself offering the same in its own apps (last week, iOS screen sharing debuted in Messenger video calls). With privacy and security being core principles for Apple, being able to lock its Messages app should be on the list of features in the works; however, it wasn’t announced with iOS 14.

The new Facebook Messenger App Lock means you can hand off your iPhone or iPad to someone else with less concern about others looking through your messages. However, one caveat to keep in mind:

You can still reply to messages from notifications and answer calls while Messenger is locked.

So if someone is looking at your device and a new Facebook Messenger message comes through, they could read and respond to it. Maybe Facebook will include greater privacy controls around that in the future.

How to use Face ID/ Touch with Facebook Messenger

It’s going to start offering users more control over who can message them (the company didn’t offer much detail on how this will work), and it’s going to start blurring photos from people who message you without your approval so that you don’t have to open a potentially troubling image just to view a new message and know if you want to chat with someone. A similar feature is already available on Instagram and WhatsApp. Facebook didn’t say when this would start arriving in Messenger.