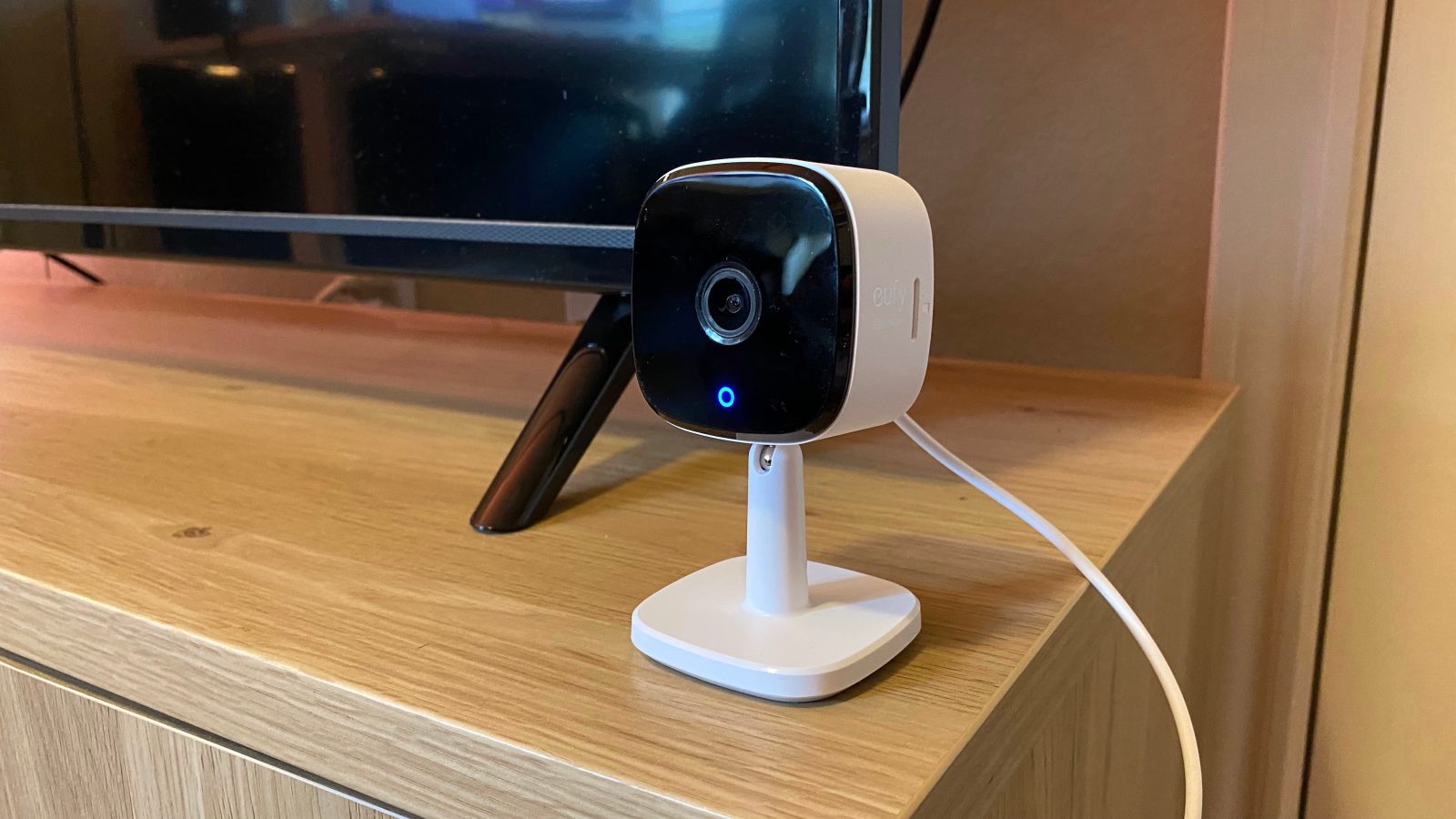 Slowly but surely, smart cameras with HomeKit Secure Video are becoming more common while also dropping in price. One of the newest options comes from Eufy, and it even costs less than some Apple dongles. Here’s how the new Indoor Cam 2K from Eufy works with HomeKit.

At the high-end of the HomeKit Secure Video market are options such as the Logitech Circle View. I went hands-on with the Circle View earlier this year, explaining how it works exclusively with HomeKit Secure Video, not even integrating with Logitech’s app or other voice assistants like Amazon Alexa and Google Assistant.

Eufy is well-known for its higher-end smart home cameras as well, such as the EufyCam 2 and EufyCam 2C. These cameras are wireless and battery-powered, but they require the companion Home Base from Eufy. The new Indoor Cam 2K does not require the base and can be used completely on its own, though it is wired via an included micro USB cable. 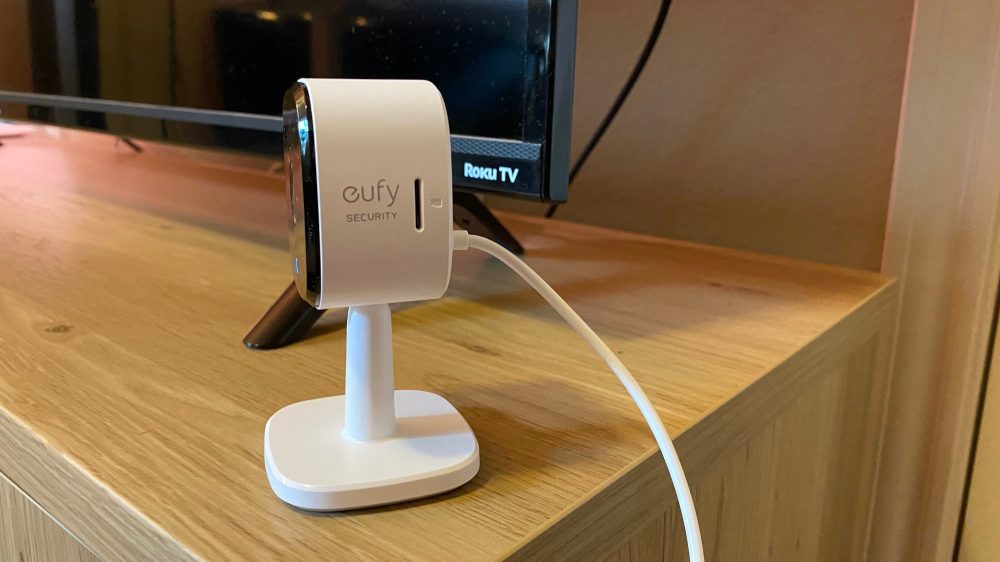 What sets Eufy’s new Indoor Camera 2K apart from the competition is its price point, coming in at $39.99. For that price, you get a 2K resolution with support for features such as real-time audio and night vision, as well as on-device artificial intelligence for surveillance. It can record directly to a microSD card, or through Eufy’s cloud service. Of course, when you use it with HomeKit Secure Video, all recordings are managed via iCloud.

With that being said, there are areas where the Eufy Indoor Cam 2K shows its price, namely when it comes to physical design. The Eufy Indoor Cam is completely made out of plastic, including the base. This makes it feel slightly unsteady at times, but you can manually adjust the angle of the camera when necessary for the best stability. As evident by the name, the Indoor Cam 2K is also designed purely for use inside, which means the design isn’t water-resistant and lacks any sort of durability claims. 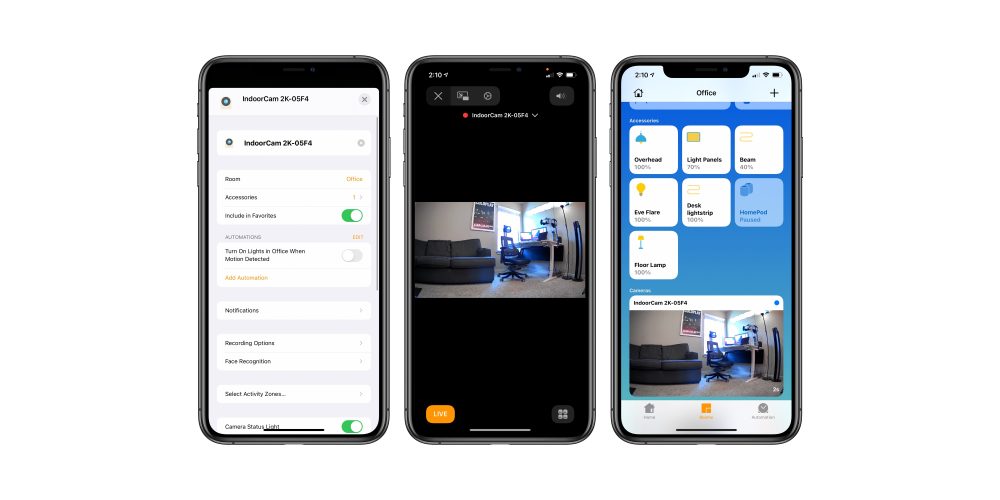 As a refresher, here are the requirements to use HomeKit Secure Video:

An aside: Currently, Apple limits even the 2TB tier of iCloud storage users to a maximum of five HomeKit Secure Video cameras. This seems like a rather arbitrary limit, and with more and more cameras adding HomeKit Secure Video compatibility, and becoming more affordable Apple really needs to look into removing this cap. 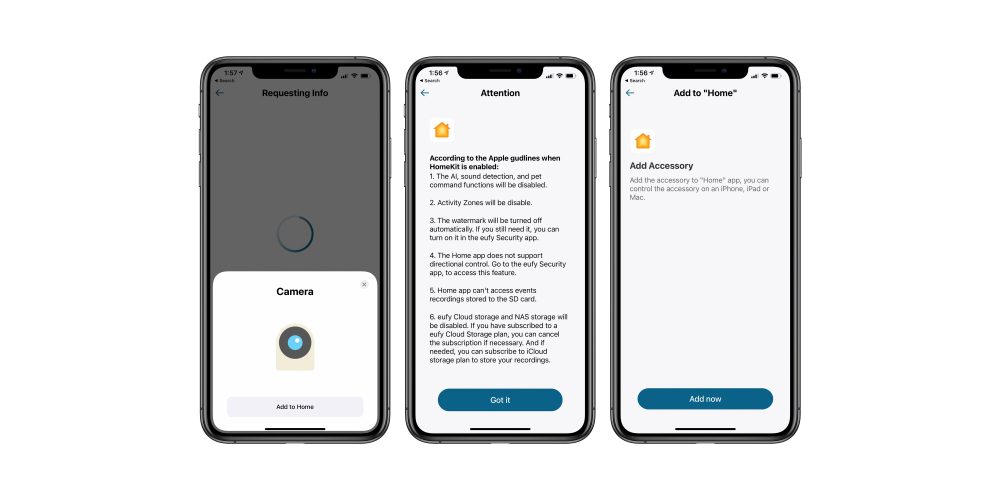 To add the Eufy Indoor Cam 2K to HomeKit, you’ll first need to set it up in the Eufy app. Once you do that, you’ll see the option to add it to the Home app and enable HomeKit Secure Video capabilities. In the Home app, You can set different recording preferences based on whether you are at home or away. There are four different settings from which to choose.

One of the downsides here is that there does not appear to be a way to use the Indoor Cam 2K solely with HomeKit Secure Video. This isn’t necessarily an issue in practice, but for the utmost security, it would be beneficial to completely remove the Eufy app from the equation. 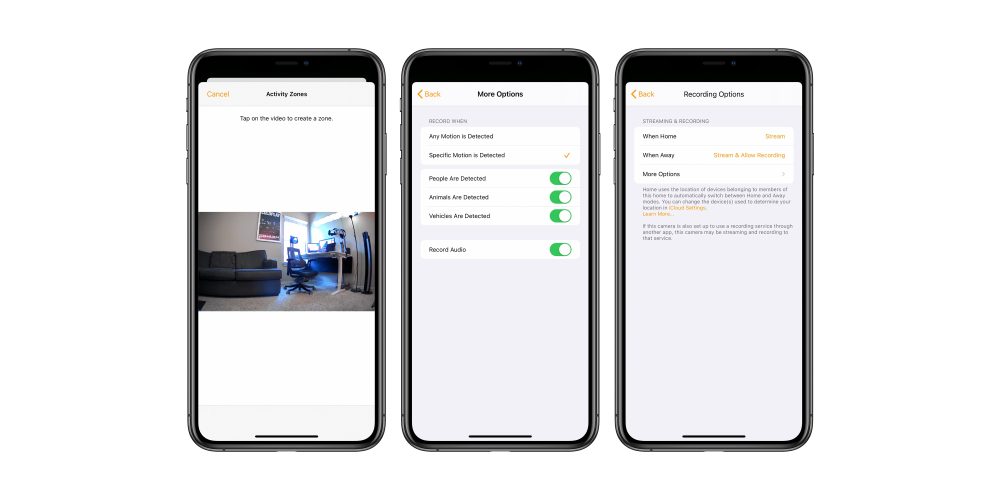 The video quality from the camera is quite good and motion alerts are reliable from both the Eufy app and the Home app, so you can pick which one works best for your setup. With iOS 14, there is new support for setting Activity Zones in the Home app, which you can take advantage of with the Indoor Cam 2K as well.

Ultimately, the Eufy Indoor Cam 2K is an excellent choice for those who need an easy to set up and reliable HomeKit Secure Video camera. Given its $40 price point, it lacks some of the bells and whistles of the higher-end home security cameras, but for the vast majority of people, it should be more than sufficient.

I’m glad to see that HomeKit Secure Video cameras are not only becoming more common but also becoming significantly more affordable. The more cameras that are using HomeKit Secure Video means the more pressure Apple faces to make sure the platform is reliable and as feature-rich as third-party apps. As I’ve written before, the goal for Apple’s Home app should be that there is no reliance at all on third-party apps from smart home accessory makers.